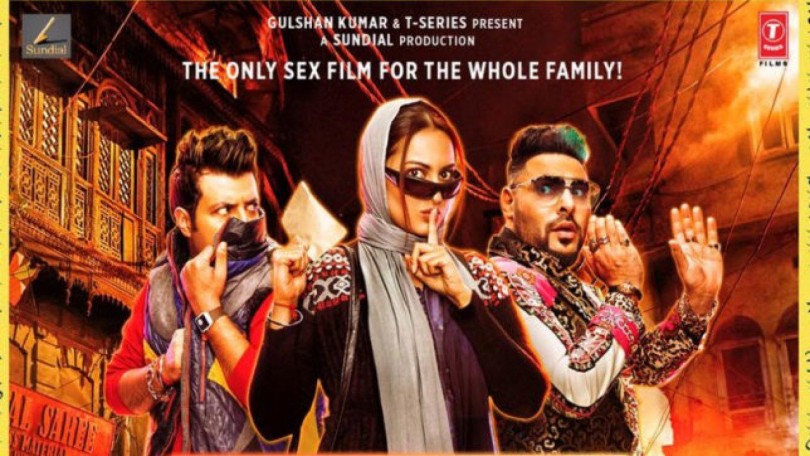 New movie Trailer of Khandani Shafakhana has been released. What is so special about the film? It is a sex comedy.

Have Not We Seen So Many Sex Comedies In Recent Years?

Well, how many sex comedies have you seen with a female in a lead role? What? It is not a typical sex comedy that we expect from Bollywood. This film is very special, because the lead role is played by Sonakshi Sinha. She has inherited a sex clinic from his uncle Kulbhushan Kharbanda.

She is reluctant to run the clinic because she knows how much shame and stigma is attached to sex clinics in our country. It seems that Sonakshi is so much in love with her character that she has changed her Twitter profile name to ‘Baby Bedi’. Baby Bedi is her screen name in the film.

The film also marks the Bollywood debut of singer and rapper Badshah. He plays the role of Gabru Attack, who also happens to be a patient of Sonakshi’s uncle.

You May Like: Badshah: Know Everything About His Career, Songs And Net Worth!

Though Baby Bedi (Sonakshi’s Screen name) is reluctant to run the clinic, she eventually realizes that she is helping a lot of people. When her efforts seem futile, she turns to pop star Gabru Attack (played by rapper Badshah) for help.

The film is directed by Shilpi Dasgupta and its casts include Varun Sharma, Annu Kapoor, Kulbhushan Kharbanda and Priyansh Jora. The film is coming after ‘Kalank’  where Sonakshi was caste alongside Alia Bhatt and Varun Dhawan.