Home » Animals » How Cool Was That? This Guy Has The Most Awesome Wakesurfing With A Dolphin 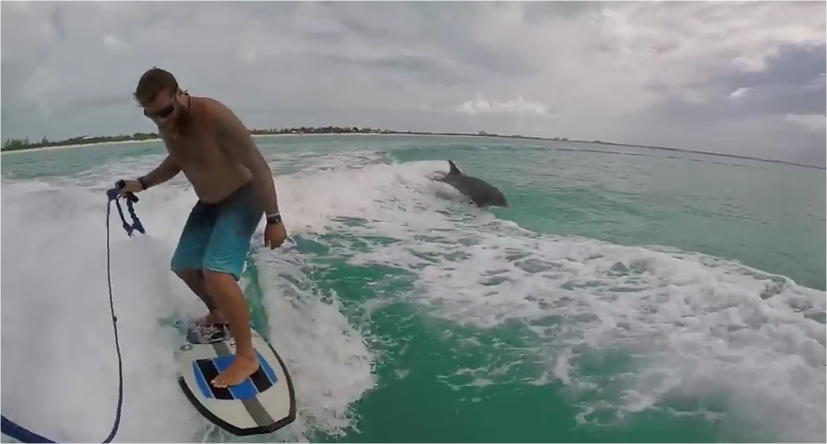 When YouTuber Kevin Mac went wake surfing with his friends in Providenciales in the Turks and Caicos, he was already having an awesome time. But when he was joined by a curious swimmer, his experience became even more amazing.

The only person that this dolphin hangs ten with, though.

Wakesurfing with a dolphin watch the video