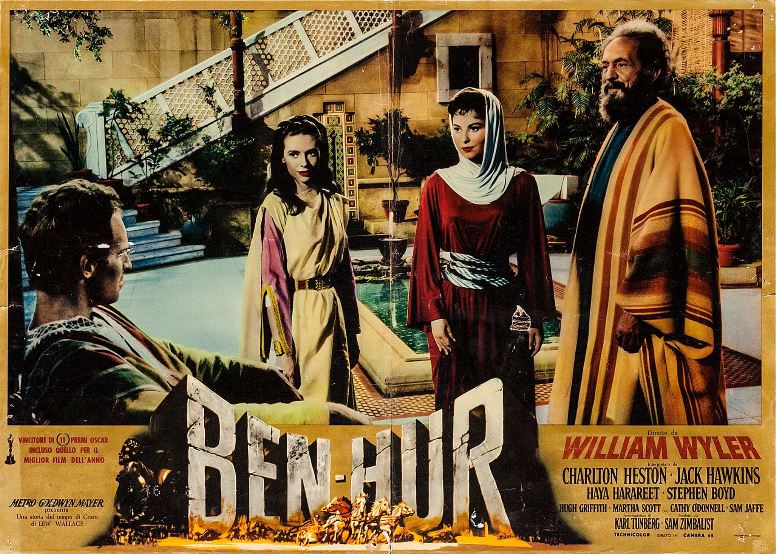 When a Jewish prince is betrayed and sent into slavery by a Roman friend, he regains his freedom and comes back for revenge.

Judah Ben-Hur lives as a rich Jewish prince and merchant in Jerusalem at the beginning of the 1st century. Together with the new governor his old friend Messala arrives as commanding officer of the Roman legions. At first they are happy to meet after a long time but their different politic views separate them. During the welcome parade a roof tile falls down from Judah’s house and injures the governor. Although Messala knows they are not guilty, he sends Judah to the galleys and throws his mother and sister into prison. But Judah swears to come back and take revenge. 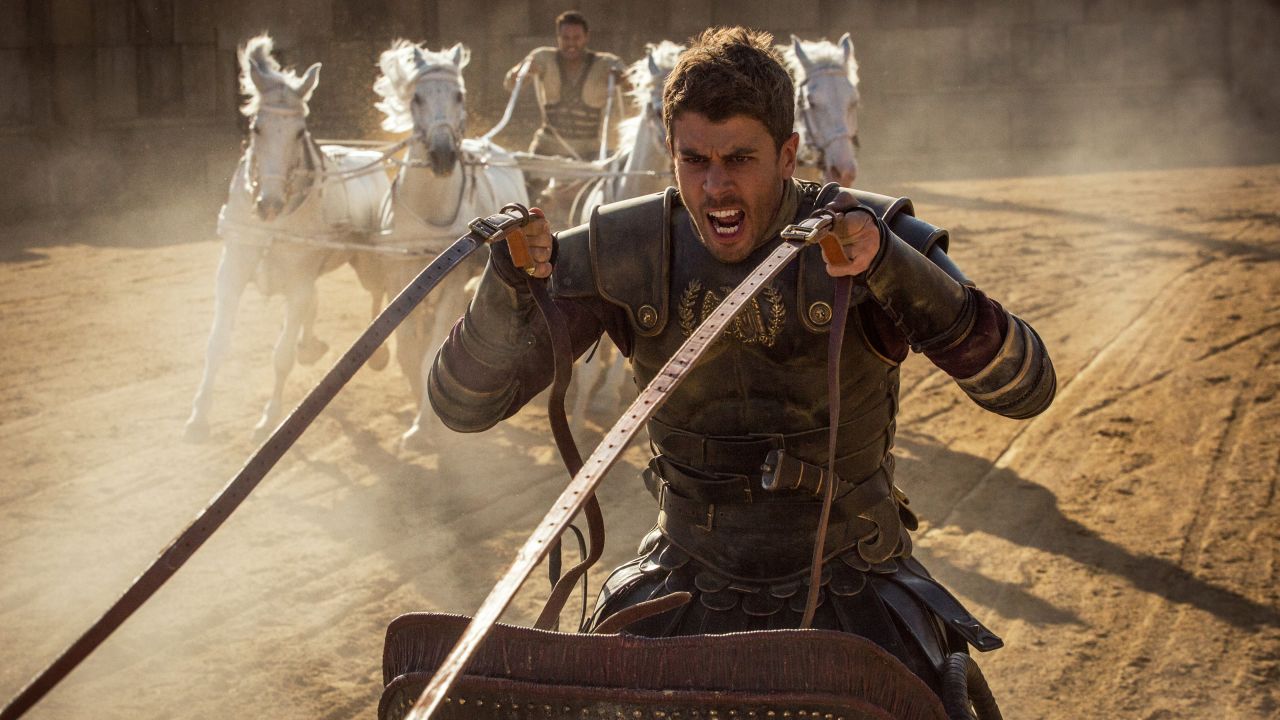 Ben-Hur (M-G-M). “My God!” gasped Major General Lew Wallace. “Did I set all this in motion?” In 1899, the hard-riding, hard-writing Civil War commander was already appalled by the smashing success of his first historical novel, Ben-Hur, which in 19 years had sold 400,000 copies. And that, though the general did not live to see it, was only the beginning. By 1920, a stage version of the general’s work had been running 21 years, had been seen by 20 million fans, had grossed $10 million.

The movie opens with a prologue in which three Wise Men pay a visit to a certain manger. It then skips forward a quarter-century and introduces the film’s main players: Judah Ben-Hur (Heston), an affluent and influential Jewish prince living in Jerusalem, and his childhood best friend, Messala (Stephen Boyd), who has been assigned by Rome to keep order in the city in advance of the arrival of a new governor. Everyone, including Judah’s mother, Miriam (Martha Scott), and sister, Tirzah (Cathy O’Donnell), is delighted about Messala’s return but things start going downhill quickly. Judah’s refusal to spy for his old friend creates friction and, when an accident that nearly kills the governor is traced to Judah’s household, Messala exacts retribution. Judah is pressed into service as an oarsman for a Roman warship and Miriam and Tirzah are sent to prison.

For three years, Judah nurses his grudge until fate provides him with an opportunity. During a fierce naval battle, he saves the life of the ship’s commander, Quintus Arrius (Jack Hawkins), and is given an opportunity for freedom and redemption. He uses this to return to Jerusalem, where he is reunited with his love, Esther (Haya Harareet), who tells him everything that has happened during his absence. He confronts Messala about his sister and mother. When he erroneously believes they died in prison (in actuality, after contracting leprosy, they were exiled), he agrees to represent Sheik Ilderim (Hugh Griffith) in a chariot race against the four-time reigning champion: Messala. The final act of the friendship-turned-bitter is played out in front of thousands.

The action takes place between the time of the birth of Christ and his crucifixion. And, within this framework, there is a gallery of memorable performances which distinguish the film and the careers of the participants. Charlton Heston completely identifies himself with the inspirational role of Judah Ben-Hur, his dramatic struggle against the tyrannical subjugation of the Jews and his triumph in finding a meaning of life. Stephen Boyd, as the tribune Messala, is a savage protagonist, treacherous in his personal relationship with Judah. Jack Hawkins, as Quintus Arrius, the admiral of the fleet who is saved by and then befriended Ben-Hur, gives an excellent portrayal of an understanding member of the Roman ruling class.

Haya Harareet as Esther gives a striking, seemingly guileless performance as Ben-Hur’s former slave and romantic interest, friend of the family and a Jewish convert to Christianity. Sam Jaffe stands out sharply in his natural assumption of the role of Simonides, steward to Ben-Hur and father of Esther.