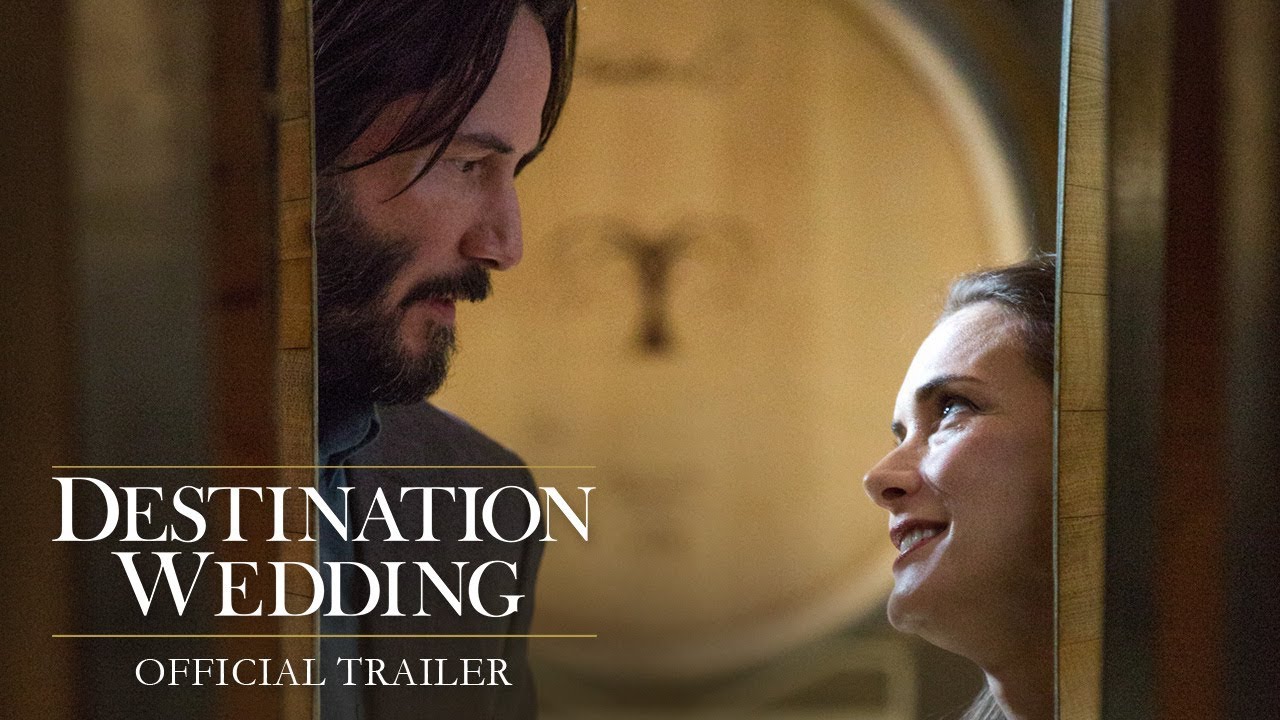 Two people not meant for anyone are brought together by fate and spend the weekend together at a Destination Wedding.

Keanu Reeves and Winona Ryder, as the socially awkward Frank and Lindsay. When they meet on their way to a destination wedding, they soon discover they have a lot in common: they both hate the bride, the groom, the wedding, themselves, and most especially each other.

As the weekend’s events continually force them together — and their cheerlessness immediately isolates them from the other guests- Frank and Lindsay find that if you verbally spar with someone long enough, anything can happen. When debate gives way to desire they must decide which is stronger: their hearts or their common sense.

With two likable stars playing unlikable characters, some witty repartee that borders on being too wordy, and an overuse of its finer points, Destination Wedding ends up getting lost in execution. I commend the effort. 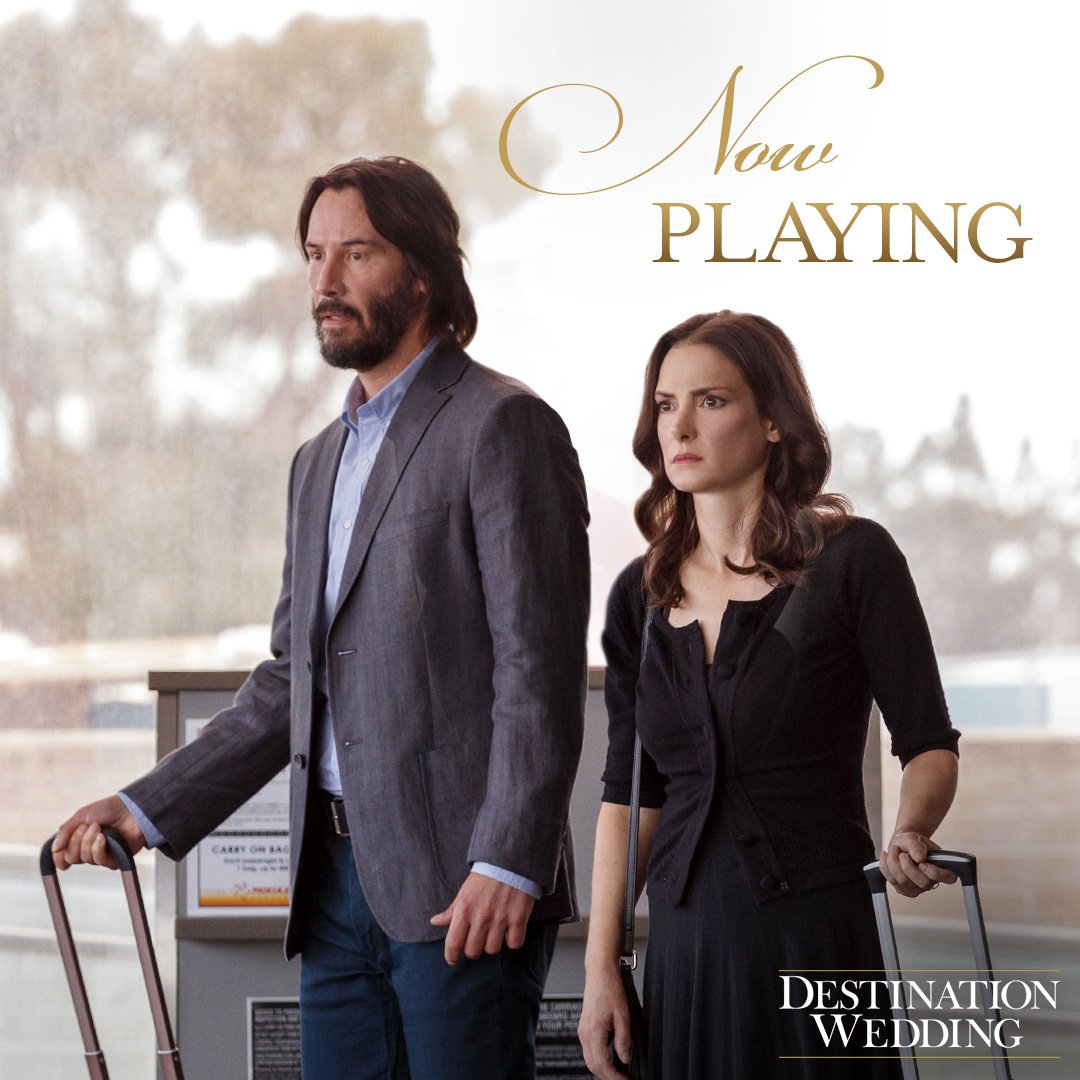 Only the third film in the past four years to be titled Destination Wedding, Victor Levin’s second feature proudly shuns the rom-com label in hopes of delivering something edgier, a comedic anti-romance, perhaps. Whatever the intent, forcing a couple of middle-aged misanthropes to reluctantly attend the nuptials of their rather reviled friends sets a hopelessly high bar for delivering satisfying entertainment. Although the virtually unstoppable momentum of Crazy Rich Asians obviously could not have been foreseen, audiences doubtless will be turning elsewhere for romantic distraction this weekend. 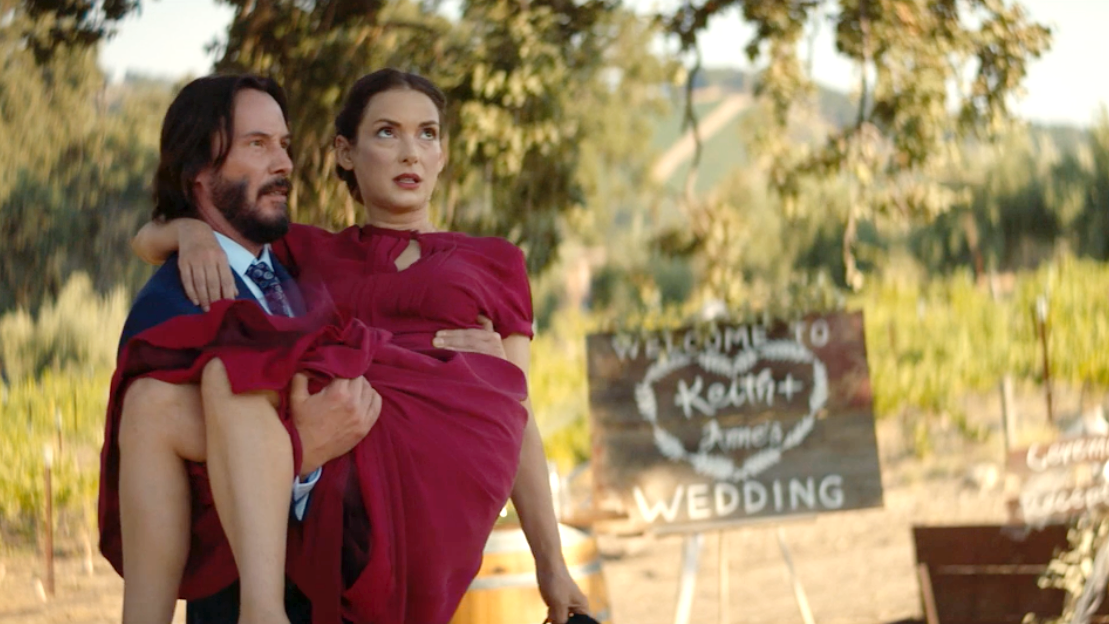 I can easily see how the consensus reaction to Destination Wedding could be overwhelmingly negative. It’s not easy to spend 90 minutes in the company of two narcissistic, self-absorbed misanthropes. For Frank (Keanu Reeves) and Lindsay (Winona Ryder), mutual insults and ruminations about the meaninglessness of life are a form of foreplay. As time wears on, their jabs at one another become a little less pointed and, although neither is willing to openly acknowledge it (at least at first), a bond forms. Love (if that’s what it is) is foreign to both of them. Frank has never known it and Lindsay’s only experience with it was negative.