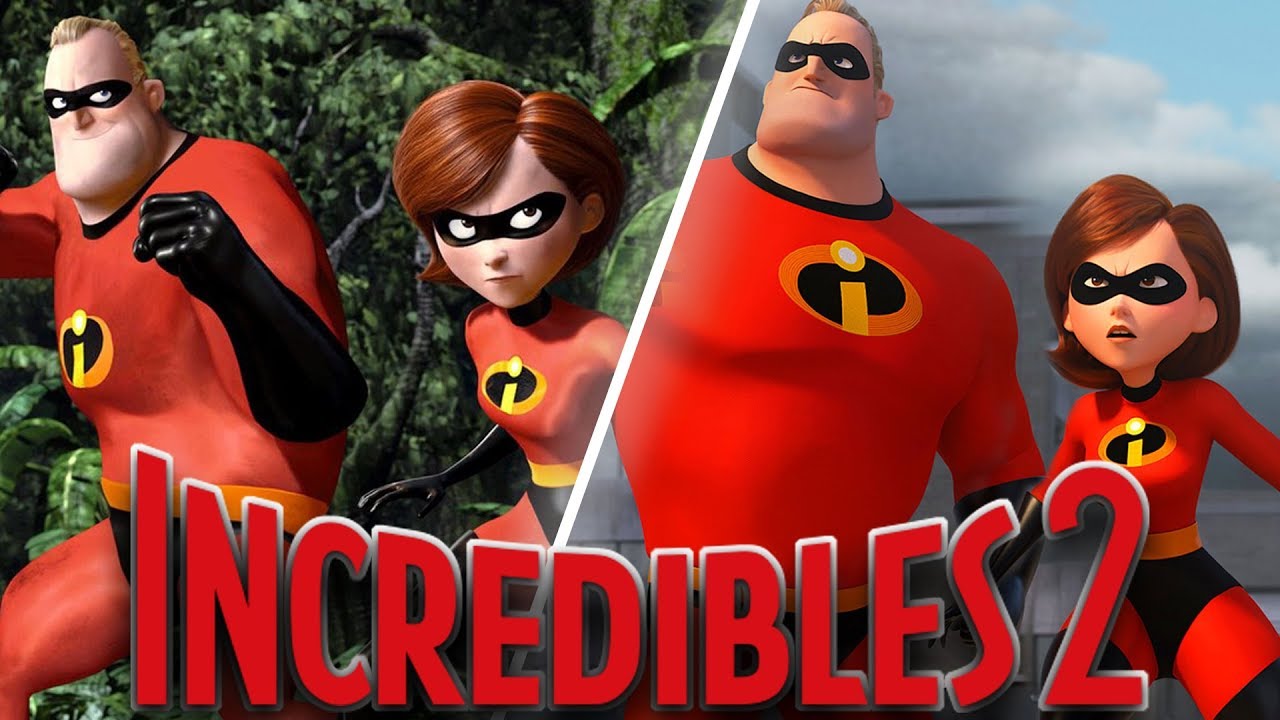 Bob Parr (Mr. Incredible) is left to care for the kids while Helen (Elastigirl) is out saving the world.

While the Parr family has accepted its collective calling as superheroes, the fact remains that their special heroism is still illegal. After they are arrested after unsuccessfully trying to stop the Underminer, their future seems bleak. However, the wealthy Deavor siblings of Devtech offer new hope with a bold project to rehabilitate the public image and legal status of Supers, with Elastigirl being assigned on point to be the shining example.

Now having agreed for now to stay at home to care of the kids, Mr. Incredible finds domestic life a daunting challenge, especially with baby Jack-Jack’s newly emerged powers making him almost impossible to manage. However, Elastigirl soon has her own concerns dealing with the menace of a new supervillain, Screenslaver, who is wreaking havoc with his mind control abilities. Now, Elastigirl must solve the mystery of this enemy, who has malevolent designs on the world with the Parr family and friends key targets of this evil.

With Incredibles 2, Bird adds a new threat: women in power. Elastigirl may be the center of the movie, going out to fight crime while Bob stays home and takes care of the family. The difference is how Helen goes about her work, especially when compared to the villain, Evelyn Deavor (Catherine Keener).

Evelyn is the sister of Winston Deavor (Bob Odenkirk), a free-market enthusiast who comes to the rescue of the family after their battle with the Underminer in the last few minutes of the first movie. In keeping with the first movie’s conservative themes, the police chastise the family for interfering, the media depict them as criminals, and the government condemns their activities. “Politicians don’t understand people who do good just because it’s right,” observes Rick Dicker (Jonathan Banks), one of the only sympathetic government officials. In case the point isn’t clear, a news report states that “people have more trust in monkeys throwing darts than in Congress.”

Bird’s new film, “Incredibles 2,” raises the ante on that premise, by making the quest for law-influencing publicity the center of the plot. (To make sense of how it does this, some spoiler-y references are inevitable.) Like “The Incredibles,” the new film presents the Incredible family chafing under the ostensibly democratic order that prevents them from taking the law into their own hands whenever they perceive a threat that their talents could thwart. Early in “Incredibles 2,” the sympathetic official Rick Dicker (voiced by Jonathan Banks), who’s in charge of superhero relocation, commiserates with Mr. Incredible (Craig T. Nelson): “Politicians don’t understand people who do good just because it’s right.” (Later on, a voice-over clip of a news report declares that “people have more trust in monkeys throwing darts than in Congress.”)

But soon the Incredible couple—Bob and Elastigirl, a.k.a. Helen Parr (Holly Hunter)—and their friend Frozone, a.k.a. Lucius Best (Samuel L. Jackson), are summoned by a well-placed supporter: Winston Deavor (Bob Odenkirk). Win Deavor—rhymes with “endeavor”— and his sister Evelyn (Catherine Keener) run a major company called Devtech, and he brings Mr. Incredible, Elastigirl, and Frozone together to announce a new initiative. Win plans to use his resources to launch a major publicity campaign that will showcase superheroes in the most positive light, that will show them doing good and saving the day, and that will result in an outpouring of popular acclaim and government action to lift the ban on them. (To do so, he’ll put Elastigirl front and center in a big-city crime-fighting campaign; Mr. Incredible will become a full-time stay-at-home dad.)

Superheroes of all stripes are in vogue now; that part of America’s cinema-going palate is hyper-developed. But the Incredibles have their particular charms. These superheroes—Bob and Helen Parr, aka Mr. Incredible and Elastigirl, and their children Violet, Dash, and Jack-Jack—are cast in the traditional mold of comic-book champions, à la Superman. They help out little old ladies. They stop runaway trains. They live ordinary lives, they save the world.

The Parrs also cavort amid a very distinctive visual milieu. The world of The Incredibles looks, in the words of director Brad Bird, “like what we thought the future would turn out like in the 1960s.” In the sequel as in the original movie, the Parr family grapple with high-tech threats while surrounded by midcentury interior design and architecture. Reporters use old-timey cameras; televisions are sometimes black and white. In the first movie, the villain Syndrome’s lair is pretty much a copy of the Charles Deaton Sculptured House, the vast elliptical prow on Genesee Mountain. In the second, the family stays in a huge modernist mansion with more than a little of the Bond films to its design.