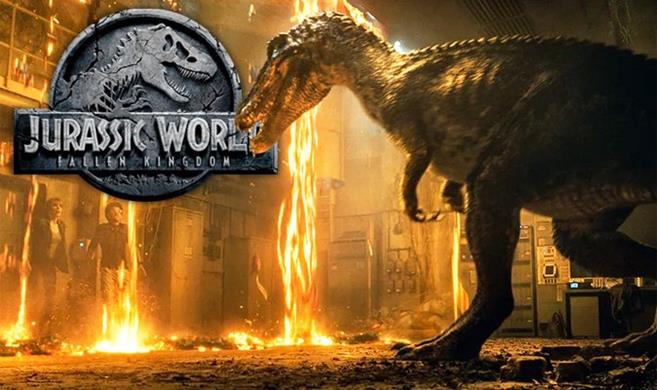 When the island’s dormant volcano begins roaring to life, Owen and Claire mount a campaign to rescue the remaining dinosaurs from this extinction-level event.

Intent on rescuing the remaining rampant dinosaurs that now roam free on Isla Nublar’s vast landscapes, Owen Grady and Claire Dearing return to the now-ruined Jurassic World theme park, against the backdrop of an imminent and utterly devastating volcanic activity.

However, everything will soon go awry, as formidable genetically-enhanced hybrids and a devious machination threaten not only to put a premature end to an otherwise noble rescue mission, but also to do more harm than good to the surviving prehistoric animals. Can the team save themselves and the precious primaeval specimens?

There’s a moment in Jurassic World: Fallen Kingdom when Chris Pratt tells Bryce Dallas Howard, “If I don’t make it back, remember you’re the one who made me come here.” That amusing blame-game sentiment may apply to some moviegoers expecting the same menu of predictable Jurassic theme-park thrills in the theater, only to find themselves on more of a bumpy chaos-theory ride with sadistic tendencies in this fifth go-round of big-budget dino mayhem.

Picking up three years after the events of Jurassic World, we find the genetically engineered dinosaurs of Isla Nublar in peril following their destruction of the lucrative Jurassic World theme park. A live volcano on the verge of erupting will wipe out all life on the island, and after a national debate, the powers-that-be have decided to let the prehistoric animals perish.

Former park operations manager Claire Dearing (Howard), who has been running a campaign to save the creatures, gets an unexpected opportunity from billionaire philanthropist Benjamin Lockwood (James Cromwell) to spearhead a secret rescue operation. She recruits reluctant old flame Owen Grady (Pratt) to join her team, as he’s determined to find Blue, the highly intelligent raptor he left on the island.

Dinosaurs once again roam the earth at the end of Jurassic World: Fallen Kingdom, the new J.A. Bayona–directed installment in the ongoing saga of the world’s most reckless theme park.

It’s a possibility the franchise has flirted with before. A T. rex briefly rampages through the streets of San Diego in 1997’s The Lost World; a flock of pteranodons flap off in search of new nesting grounds, never to be mentioned again, at the close of Jurassic Park III in 2001. But when Fallen Kingdom concludes with a collection of the once-extinct, improbably hardy animals being loosed to thunder off into the woods of Northern California, it’s different. The promise of widespread carnage is explicit, and the idea that normalcy can be restored is seemingly gone. 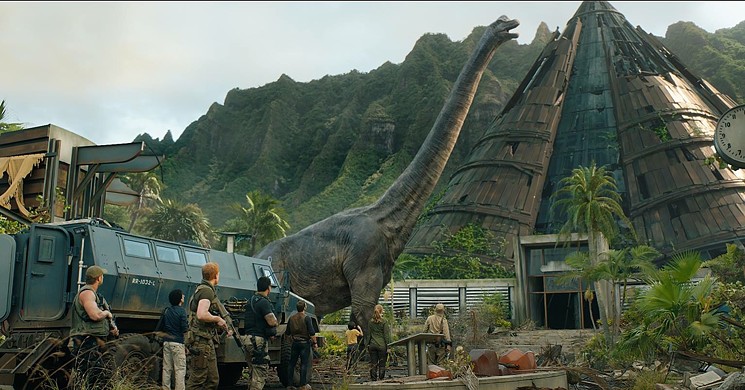 The new movie, Jurassic World: Fallen Kingdom, is set in the same spot. The dinosaurs are now roaming a ruined island. But worse is on the way, since Nublar’s dormant volcano has ceased to be dormant.

Exploding the island is the sort of symbolic move that also contains a great deal of cinematic potential. Volcanoes are a callback to the extinction event that killed off dinosaurs in the first place, but they are also a plot device that requires that the dinosaurs be relocated. Sir Benjamin Lockwood (James Cromwell), one of the original bioengineers of the dinosaur-cloning technology, wants to rescue the beasts and put them in a new sanctuary—or so he claims. He hires Claire (Bryce Dallas Howard) and Owen (Chris Pratt) to help him out.