Home » Entertainment » Watch Movie “The Lord Of The Rings: The Two Towers” This Weekend On Amazon Prime 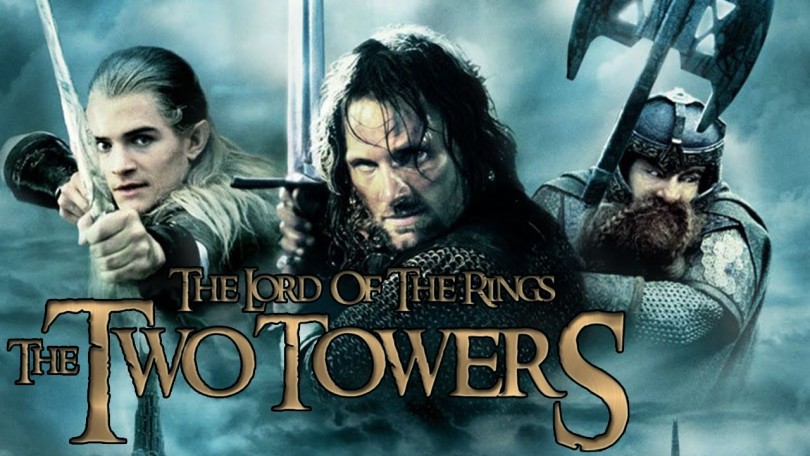 The Fellowship has been broken. Boromir is dead, Frodo Baggins and Samwise Gamgee have gone to Mordor alone to destroy the One Ring, Merry and Pippin have been captured by the Uruk-hai, and Aragorn, Legolas, and Gimli have made friends of the Rohan, a race of humans that are in the path of the upcoming war, led by its aging King, Théoden.

The two towers between Mordor and Isengard, Barad-dûr and Orthanc, have united in their lust for destruction.

The corrupt wizard Saruman, under the power of the Dark Lord Sauron, and his slimy assistant, Gríma Wormtongue, have created a grand Uruk-hai army bent on the destruction of Man and Middle-earth.

The rebellion against Sauron is building up and will be led by Gandalf the White, who was thought to be dead after the Balrog captured him. One of the Ring’s original bearers, the creature Gollum, has tracked Frodo and Sam down in search of his “precious” but is captured by the Hobbits and used as a way to lead them to Mt. Doom. The War of the Ring has now begun.

Watch Trailer Of Movie “The Lord Of The Rings: The Two Towers” Here

Movie Reviews: “The Lord Of The Rings: The Two Towers”

R. Tolkien trilogy, hits the screen running and doesn’t stop for laggards. Any lingering doubts that Jackson was creating a masterpiece of epic filmmaking should be formally erased by this wondrous second-act combination of live-action and digital effects. Not for nothing do they call them motion pictures. For fans of last year’s blockbuster “The Fellowship of the Ring,” there is no letdown, no scrimping on spectacle, no dawdling over exposition. If the initial wonder of it all has passed, there is even more excitement ahead.

“The Two Towers” moves faster, covers more ground, has more action and – with the introduction of the marvelous character Gollum – packs some much-appreciated laughs. Having completed the mandatory introductions and setups in the first film, Jackson throws us back into Middle-earth with Frodo (Elijah Wood), Samwise (Sean Astin), Aragorn (Viggo Mortensen) and – yes, he lives! – Gandalf (Ian McKellen), as Frodo’s mission to destroy the ring of power, pushes closer to the furnace of Mordor.

Along the way, there are immense battles, monsters, magic and a little more romance. As the first film belonged mostly to Gandalf and McKellen, the second belongs mostly to Aragorn and Mortensen, as he begins to assume his role as the leader of the gathering forces against Saruman (Christopher Lee) and the fire-eyed Dark Lord Sauron. “The Two Towers,” which pulls in some elements from Tolkien’s third “Rings” volume, “The Return of the King” (due for release next December), crosscuts among the adventures of the three separated parties at the end of “Fellowship.

As the opening credits of 2003 begin to roll, two big thunderers are slugging it out. “Chicago” is a musical and “The Lord of the Rings: The Two Towers” is three hours of epic; the garter belt is to one film what the horned helmet is to the other, although I shall not slake your curiosity by revealing which is which.

Both films are to be commended for venturing into genres that were until recently viewed as dilapidated, vacant, and overpriced. All we need now is the return of the religious barnstormer, and the revival will be complete.

Even as we speak, Ben Affleck may be combing his beard for the leading role of Jonah, with Nathan Lane as the whale.

“Chicago” stars Catherine Zeta-Jones as Velma Kelly and Renée Zellweger as Roxie Hart. Each is a man-killer, and each resides in jail, plotting her defense with the silken legal help of Billy Flynn (Richard Gere).

The time is, I would guess, the late nineteen-twenties, although the setting is so stylized, so shamelessly grounded in a hundred other shows and films, that “Chicago” barely qualifies as a period piece; indeed, it merrily jabs at the celebrity-lust of our own era.

In the strongest and most biting number, Roxie perches on Billy’s lap like a dummy—limbs turned to sticks, spots of red on her rounded cheeks—and chants the melodies that he, the attorney as a ventriloquist, feeds into her mouth.

Behind them, the ladies and gentlemen of the press jerk on wires, yanked from on high by a second Billy, and compete to do his bidding. As a musical demonstration of spin, it couldn’t be meaner.

Last year’s The Fellowship Of The Ring, director Peter Jackson’s first entry in his three-part adaptation of J.R.R. Tolkien’s The Lord Of The Rings, provided little cause for complaint.

At once thoroughly cinematic and faithful to the spirit (if not always the letter) of Tolkien’s book, it presented Middle Earth as an immersive experience, a world in which every aspect is realized in minute detail.

Fellowship made the impossible believable, and without draining the magical happenings, fantastical locations, and uncanny creatures of their wonder, it also never abandoned a sense of dramatic and thematic weight.

As embodied by a well-chosen cast, Fellowship’s characters had all the depth Tolkien gave them on the page (and sometimes more), and their quest to rid the world of a ring of absolutely corrupting power took on greater urgency as the film progressed toward a cliffhanger that set up its second part.