Home » Watch Movie The ‘Fargo’ This Weekend On Amazon Prime 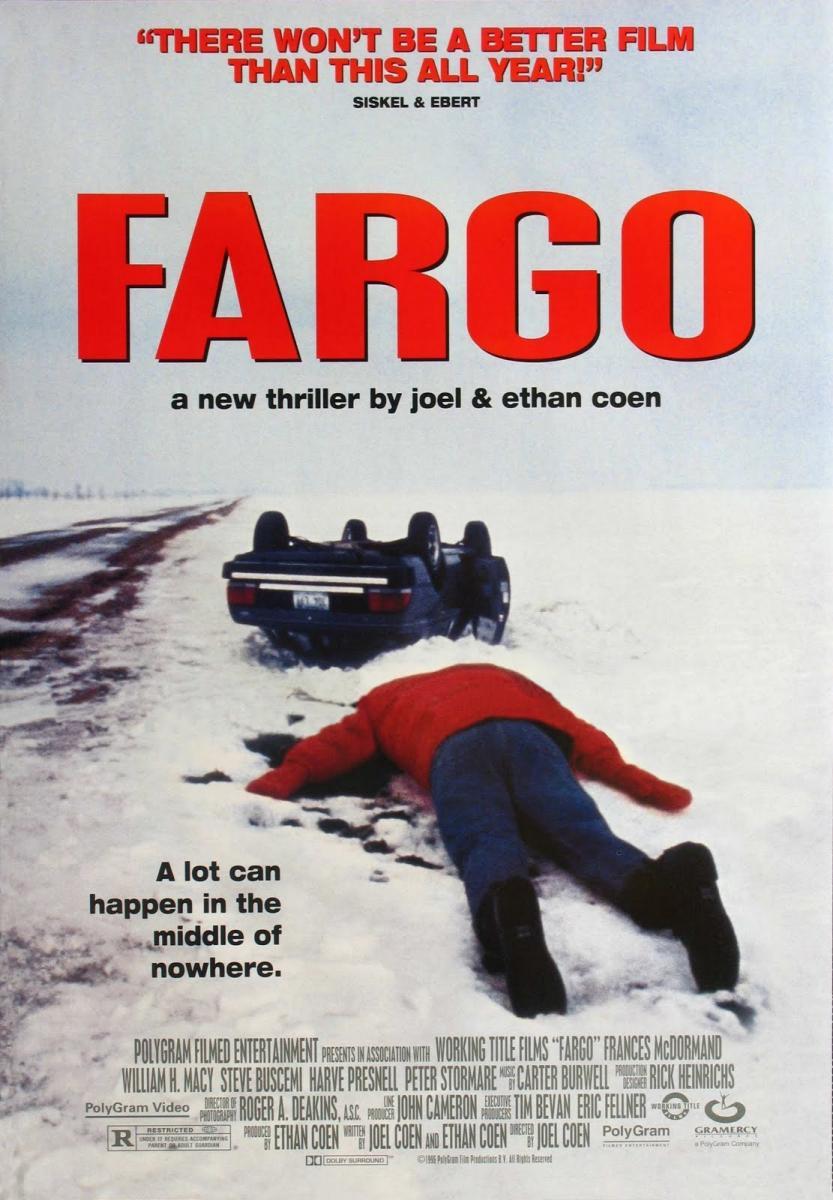 Jerry Lundegaard’s inept crime falls apart due to his and his henchmen’s bungling and the persistent police work of the quite pregnant Marge Gunderson.

Jerry works in his father-in-law’s car dealership and has gotten himself in financial problems. He tries various schemes to come up with money needed for a reason that is never really explained. It has to be assumed that his huge embezzlement of money from the dealership is about to be discovered by father-in-law. When all else falls through, plans he set in motion earlier for two men to kidnap his wife for ransom to be paid by her wealthy father (who doesn’t seem to have the time of day for son-in-law).

From the moment of the kidnapping, things go wrong and what was supposed to be a non-violent affair turns bloody with more blood added by the minute. Jerry is upset at the bloodshed, which turns loose a pregnant sheriff from Brainerd, MN who is tenacious in attempting to solve the three murders in her jurisdiction.

The thugs are colourfully incompetent. They have trouble snatching the unsuspecting woman without half killing her, are stopped by a cop on the road for having dealer licence plates and shoot two passing tourists out of panic. From then on in, the course gets bloodier and bloodier, with Detective Gunderson, largely through intuition and luck, getting nearer and nearer to a solution.

The film, beautifully shot by Roger Deakins in its wintry terrain and equipped with excellent music from Patrick Doyle, watches her plodding through the case with a beady eye for both the absurdity of the characters she meets and for the banal horror of the botched crime itself. It moves fast but still manages to linger almost lovingly at times, as if amazed at the backwoods it remembers and determined to paint a picture that is at once accurate and imaginative.

William Macy is terrific as Jerry Lundegaard, a naive-but-determined Minneapolis car salesman who tries to solve his debt problems by hiring two lowlifes (Steve Buscemi, Peter Stormare) to kidnap his wife (Kristin Rudrud). Her father (Harve Presnell), a wealthy businessman and wily investor with the cash to ransom her back, suspects nothing, even when things go terribly wrong.

Locales have been changed and other liberties taken, but the crazy way the simple kidnapping plan goes haywire is too amazing to not be real. The characters are all strange and contradictory, none more so than unflappable, pregnant police chief Marge Gunderson (Frances McDormand). When this delightfully warm and authoritative character enters the film, after the needless slaying of three people on a cold, barren highway in the middle of the night, Fargo evolves into something more than a Blood Simple-like exercise in contemporary noir.

Fargo is the new film from the indefatigable Ethan and Joel Coen, and a typically sophisticated piece of work. The thing is, though, that there’s a difference between being sophisticated and being advanced. The Coen brothers are very knowing, but what is it that they know?

Fargo is less drenched in movie references than some previous Coen films, and the bleak landscape of North Dakota and Minnesota does get a look in. The Coens make a feature of the featurelessness of winter. Snow blurs the horizon. Occasionally the sun casts long shadows over a parking lot – that’s as close as they get to a lyrical moment. A statue of Paul Bunyan, with checked shirt and upheld axe, stands outside his home town of Brainerd. He could be a bogey-man as easily as an inspirational figure.