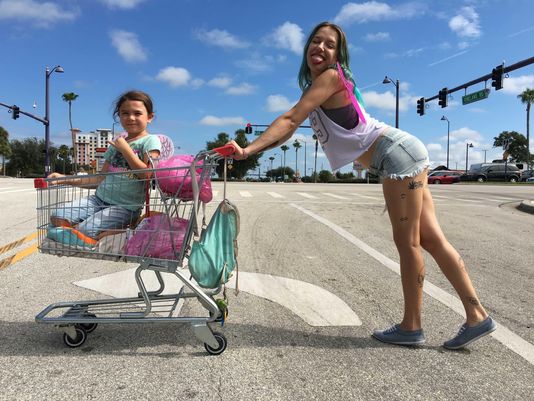 Set over one summer, the film follows precocious six-year-old Moonee as she courts mischief and adventure with her ragtag playmates and bonds with her rebellious but caring mother, all while living in the shadows of Walt Disney World.

The movie doesn’t just show what its characters go through, it observes. It notices. It studies. This is a film that pays attention to the little details that communicate huge feelings. 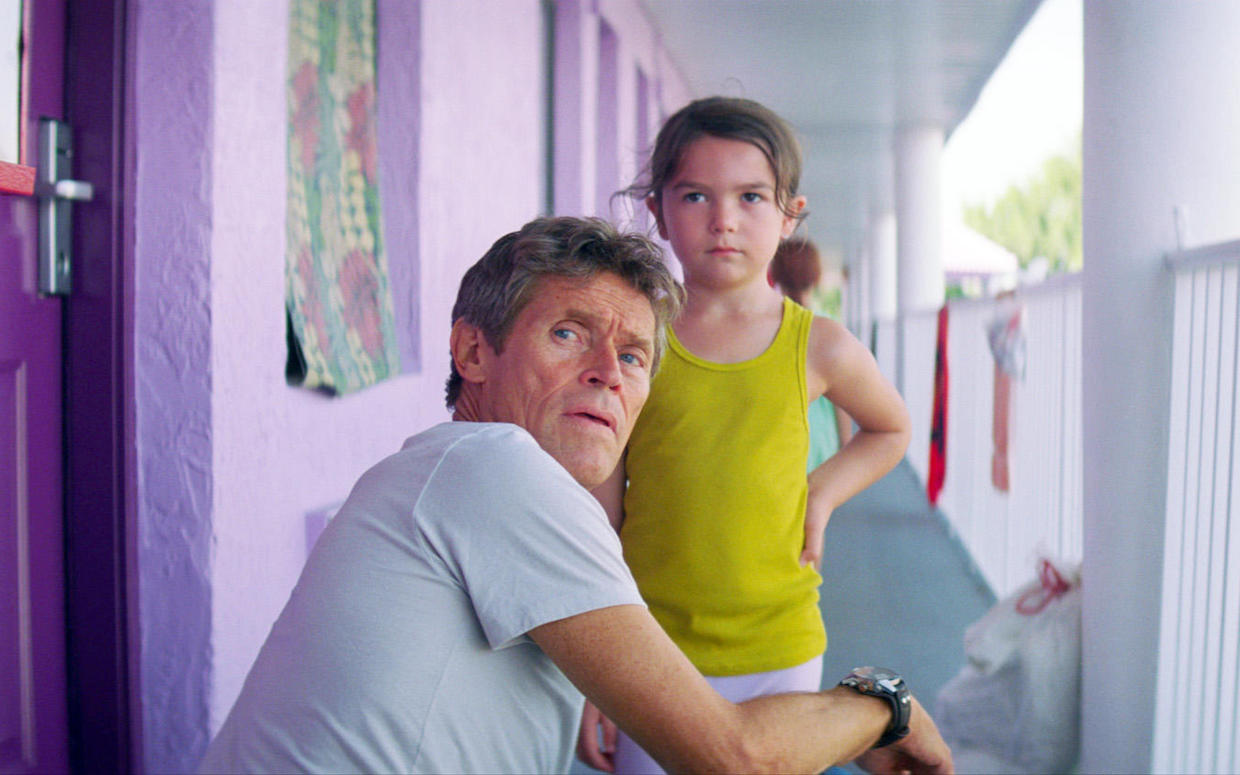 “The Florida Project” is fiction with the feel of a fine documentary. It’s about life near the bottom rung of American society with all its innocence and corruption, told with the aura of sharp-eyed cinema verite. It doesn’t just show what its characters go through, it observes. It notices. It studies. This is a film that pays attention to the little details that communicate huge feelings.

Writer/director Baker serves most of the film from a kid’s perspective. But it also shows us how tough the world looks to the elders.

There’s magic in the air in “The Florida Project,” and it’s not just because of the film’s setting, in Orlando, Florida, in the shadow of the Magic Kingdom.

It’s one of the most effective, honest portraits of childhood you’ll ever see, and a touching, poignant snapshot of American life in 2017. 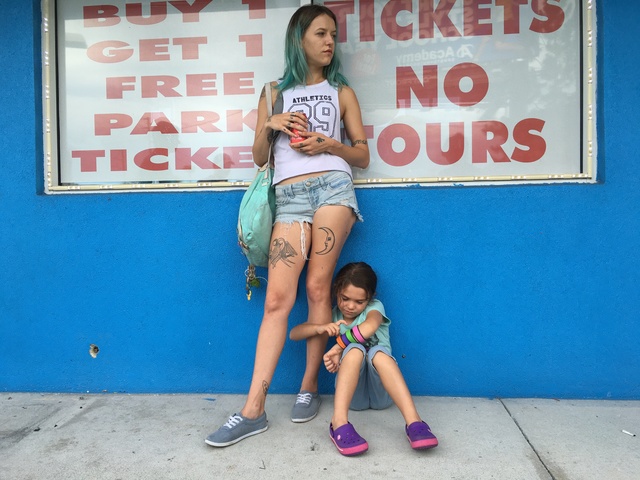 A poignant movie about childhood that’s definitely not for children, “The Florida Project” depicts a 6-year-old (the enchanting Brooklynn Kimberly Prince) growing up in the shadow of the Happiest Place on Earth.

You feel as if you’ve slipped inside of Moonee’s enchanted world, while at the same time seeing the harsh reality of Halley’s. That contrast is devastating, right up to a final sequence that’s sure to break your heart in two.

Writer/director Sean Baker (“Tangerine”) tells us this story from Moonee’s point of view; we run in the Florida sunshine with her, seeing the motel and its surroundings as her grubby but inviting playground, finding the wonder in a Creamsicle-colored sunset and a magical night of fireworks.