Violence and mayhem ensue after a hunter stumbles upon a drug deal gone wrong and more than two million dollars in cash near the Rio Grande.

After stumbling across a case of money among dead bodies, Llewelyn Moss (Josh Brolin) thinks he can keep it quiet, but when silent killer Anton Chigurh (Javier Bardem) locates Moss and his money, Vietnam veteran Moss makes a run for it. With bodies falling everywhere Anton goes, it’s only a matter of time before he catches up with Llewelyn. Whilst all this is going on, Sheriff Ed Tom Bell (Tommy Lee Jones) is overseeing the investigation and begins to see the country in a different light than it once was.

Watch Trailer Of Movie “No Country for Old Men” Here

In “No Country for Old Men,” the Coen brothers’ masterly film of Cormac McCarthy’s 2005 novel, a professional killer lugs around an ungainly contraption, a pressurized air canister with a strap, a hose and (at the end of it) a metal prod. It’s the kind of stun gun they might use in a slaughterhouse.

It doesn’t seem entirely practical but we get the impression that Anton Chigurh — rhymes with “Sugar” — appreciates its novelty value: the puzzlement still flickering in his victims’ eyes as they’re shocked away. Little things like this make his job worth doing.

Played by Spanish actor Javier Bardem, Chigurh is the most original bogeyman to bloody up the screen in a while, a badass with a goofball Prince Valiant haircut and minimal sense of humor. 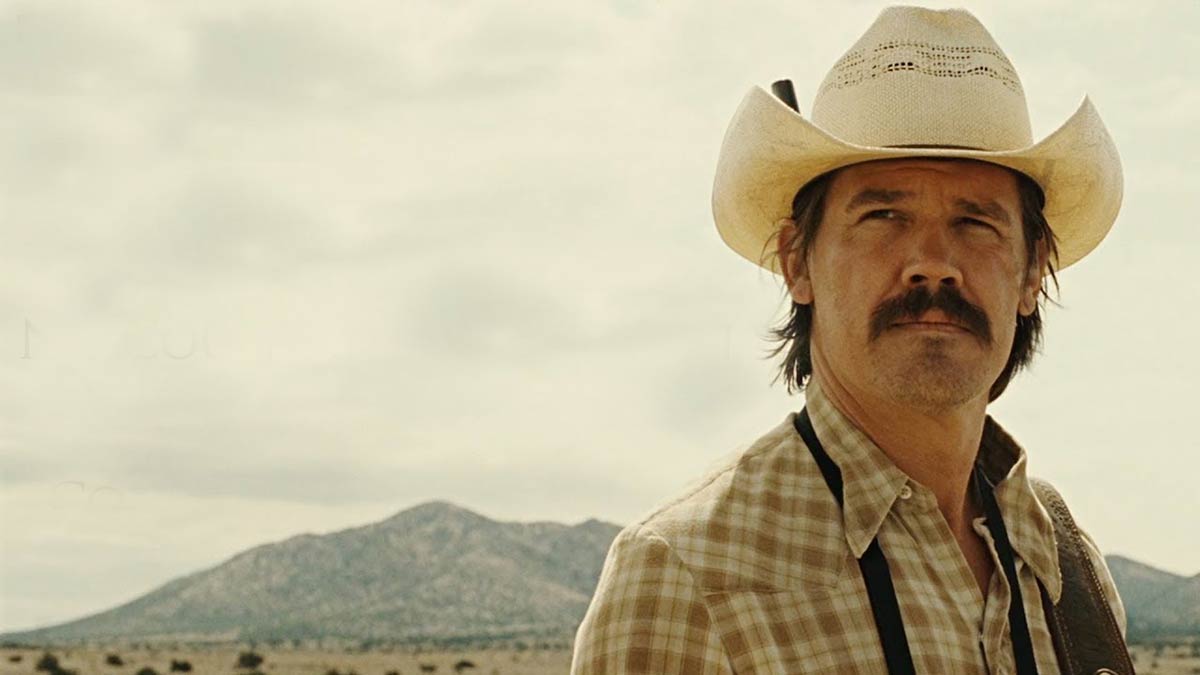 Cormac McCarthy’s 2005 novel about American violence — a drug deal gone bad, a traffic stop gone wrong, carnage so far gone it’s off the charts — has been turned into the sharpest Coen Bros. film in years.

It’s basically a genre exercise, one harrowingly extended chase sequence in which psychopath Javier Bardem trails hunter Josh Brolin, who’s found $2 million in the Texas desert near a pile of bodies. Leavened with humor — Tommy Lee Jones cracks wise from the sidelines as a laconic sheriff as things turn ever grimmer — the unpredictable narrative has shocks ’round every plot twist, many of them provided by a reliably eerie Bardem with his slaughterhouse air-gun and Buster Brown haircut. 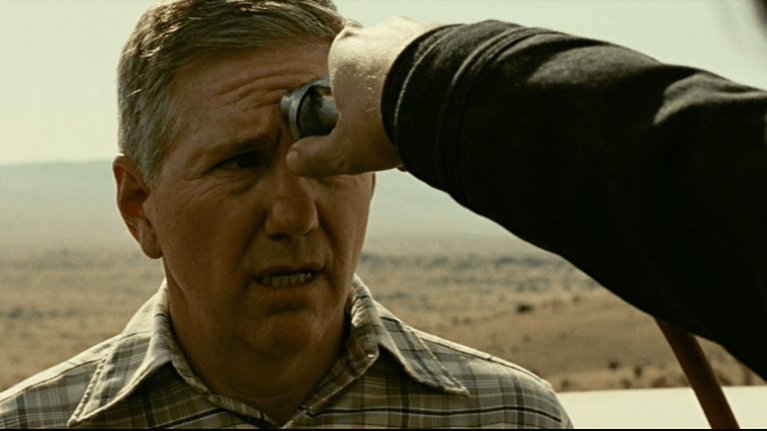 “In Russia, they got it mapped out so that everyone pulls for everyone else,” explains M. Emmet Walsh in the voiceover that opened the Coen brothers’ first film, Blood Simple. “That’s the theory, anyway. But what I know about is Texas, and down here you’re on your own.” Made for less than two million dollars in 1984, the fierce, meticulous thriller launched not only the Coens’ career, but, to a significant degree, the neo-noir revival and the modern indie movement. Yet it has taken a dozen films and nearly two dozen years for the Coens to return their attention to the lawless byways of the Lone Star state. We may be forgiven for wondering what’s taken them so long.

In Blood Simple and their second film, the geographically eponymous Raising Arizona, the Coens demonstrated a deep affinity for the parched land and distant horizons of the American Southwest, for trailer parks and shabby motels and highways that go on forever. The wide open spaces suit their cinematic vision, with its emphasis on stark, simple compositions. They experimented with an arctic variation on this setting in Fargo, but otherwise have confined themselves to the urban Northeast (Miller’s Crossing, The Hudsucker Proxy), Deep South (O Brother Where Art Thou?, The Ladykillers), and California (Barton Fink, The Big Lebowski, The Man Who Wasn’t There, Intolerable Cruelty), visually busy locales that have served as backdrops for ever busier movies, stuffed with chatter and steeped in irony.