Drone camera captured two paddle boarders relaxing in crystal clear water as a huge whale sharks shadow was below. The video was taken in Cancun, Mexico. Whale sharks are actually gentle giants and feed only on micro-organisms

The shadow of the whale shark appears to be twice their size, but doesn’t seem to startle the vacationers. Two other people are seen swimming nearby, equally as un-phased.

In fact, these vacationers don’t have much to worry about while swimming alongside this gentle giant. Whale shark swims beneath two paddle boarders in Cancun. Paddle boarders have a close encounter with friendly whale. Group of manatees swim right past two lucky paddle board. 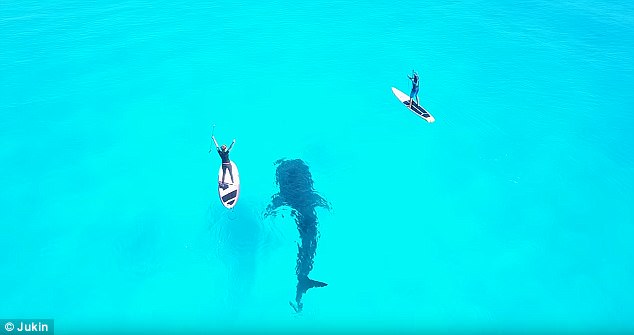 Despite whale shark’s enormous mouths and more than 3,000 teeth they are actually harmless to humans. That’s because their diet is limited to tiny micro-organisms like plankton and krill. They also swim at a rate of three miles-per-hour. 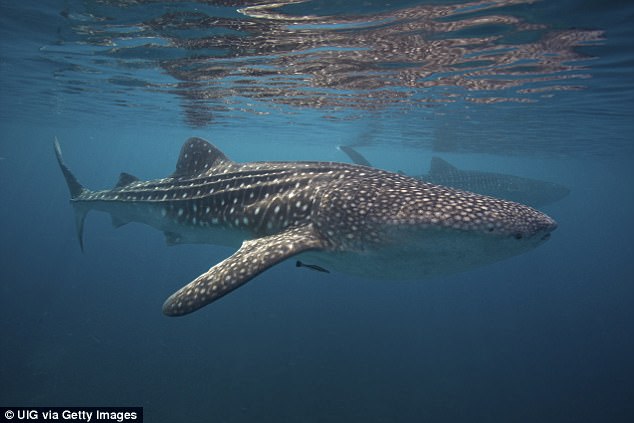 Plus, they are already accustomed to swimming alongside humans, making them exceptionally docile creatures. An average adult whale shark is 41,000 lbs and 40-feet long, a size that would intimidate most people.

And it’s no surprise that this shark was spotted in Mexican waters. From June to September, the largest congregation of whale sharks happens off the coast of Cancun. 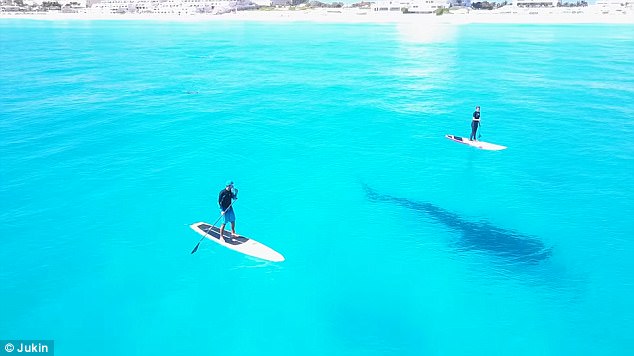