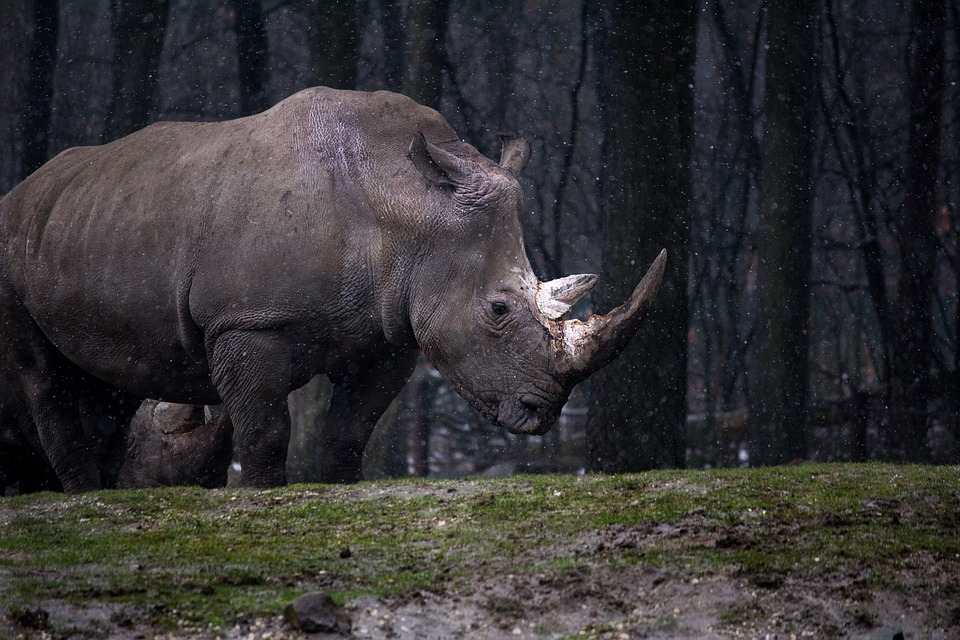 Nature and wildlife are diverse and interdependent! And yet when wildlife species starts declining today, it’s less to do with Mother Nature and more with the actions of man. The rhinos are an endangered species.

It’s shocking to know that the world has only 30,000 of this animal species left. During the 20th century, the total count was more than 500,000. This decline points towards something that needs attention. And that is human activity concerning hunting and poaching, are the primary two reasons why the counts of rhinos are going down.

Records highlight that since 2007 the percentage of illegal rhino horn trafficking and poaching has increased. Today, it’s one of the primary threats to the Rhino life.

The poaching industry is growing in nefarious ways. The criminal groups carry out their operations in a cruel manner to hunt down rhinoceros all across the world. The rhino horn today sells at a price of £200,000, which is a vast amount. The economic and political unrest that exists in some countries also maximizes the poaching threat as well.

The Convention on International Trade in Endangered Species (CITES) has taken up the case of rhino poaching since 1977, and it is banned. But still, this black-market trade exists. Poaching seems to be slightly higher in the Asian countries, and there’s one reason for that.

Ancient Asian lore has it that the rhino horn can act as medicine and remedy for many illnesses. This fact is not scientifically accurate. Many people are following this fad and falling prey to the sale tricks of criminals who are in the trade of rhino horn. News reports have exposed a couple of upper and middle-class Vietnam families guilty of this.

Sometimes owing rhino horn is also looked upon as a mark of pride and class. It also makes few people hunt for the same.

Want to know what extinction looks like? This is the last male Northern White Rhino in his reserve, waiting to go extinct. from r/pics

In the recent times, the other threat is the loss of rhinoceros habitat. Today, vast stretches of land are getting emptied for agriculture. Rhinos practically have a minimal place to thrive and live. Rhinos are massive animals, and they need sufficient space to live healthily.

They need their territory to roam and also feed. Also, many natural landscapes are converting to commercial centers. It gradually poses a challenge on the habitat, causing the species to decline.

All kids are the same no matter the species.. from r/aww

Today, you’ll find five rhinoceros’ species. They are the white rhino, black rhino, Javan rhino, Sumatran rhino, and the big greater one-horned rhino. If you want to know more on the species, you can browse through animals.net/rhinoceros/ and get to learn about some relevant and interesting facts. The critically endangered rhino species are the Sumatran and the Javan rhinos. Today, the count of Sumatran rhinos is 100 and Javan rhinos are 65 only.

However, many initiatives are being taken around the globe to cease poaching and other illegal activities. It is the only ways one can have the rhino species thrive on planet Earth. You can join in any one of these save rhino campaigns today. That way you can do your bit to secure this wildlife species.