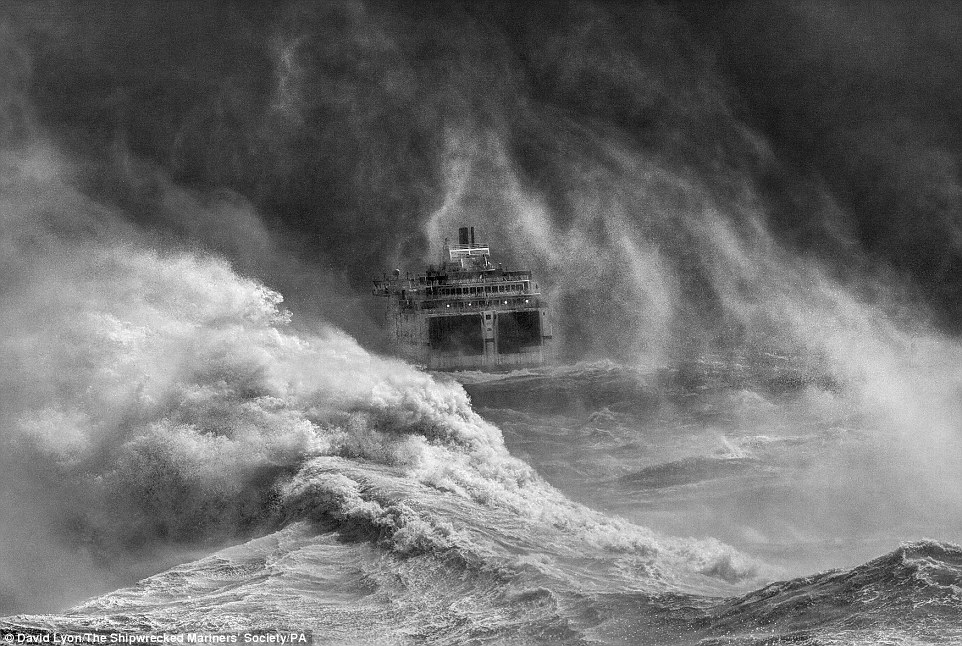 800 images of abandoned shipwrecks, spell-binding bays , boats braving stormy waters, among others showcasing the UK coastline have been received for national photography competition organized by Charity Shipwrecked Mariners’ Society, one of the UK’s oldest maritime charities.

The winners of a national photography competition to find the UK’s ultimate sea view have been revealed by one of the UK’s oldest maritime charities, the Shipwrecked Mariners’ Society.

Chief executive of the Society, Malcolm Williams said,”We created the competition with the aim of finding an image that best portrays our country’s enduring relationship with the sea, in order to raise awareness of the Society’s work.” The society provides financial support to former seafarers and their dependents, was on the lookout for images of ships, harbours, ports, wrecks, seafarers and seascapes.

The overall winner was a picture submitted by David Lyon of huge waves crashing into the path of a ferry in Newhaven, East Sussex – ironically named Nice Day for a Cruise.

Here , we’ve curated the five incredible winners along with other stunning shortlisted entries.

1. David Lyon won the competition with his ironically named photograph, Nice Day for a Cruise, taken in Newhaven, East Sussex picturing the onslaught of huge waves crashing into the path of a ferry

2. Rev Dr Richard Hainsworth, winner of the people and the sea category competition, submitted this striking image of a lone man out at sea, named ‘Solace’ 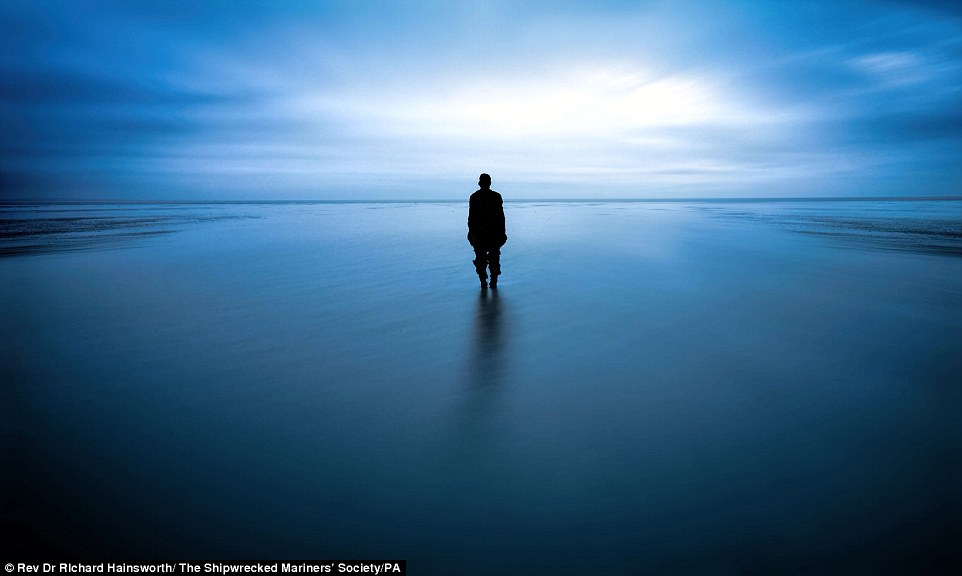 3. Fishing gear and a dramatic skyline at Beadnell Harbour in Northumberland was snapped by Alan Warriner, making him the winner of the industry category in the UK’s ultimate sea view Photography competition 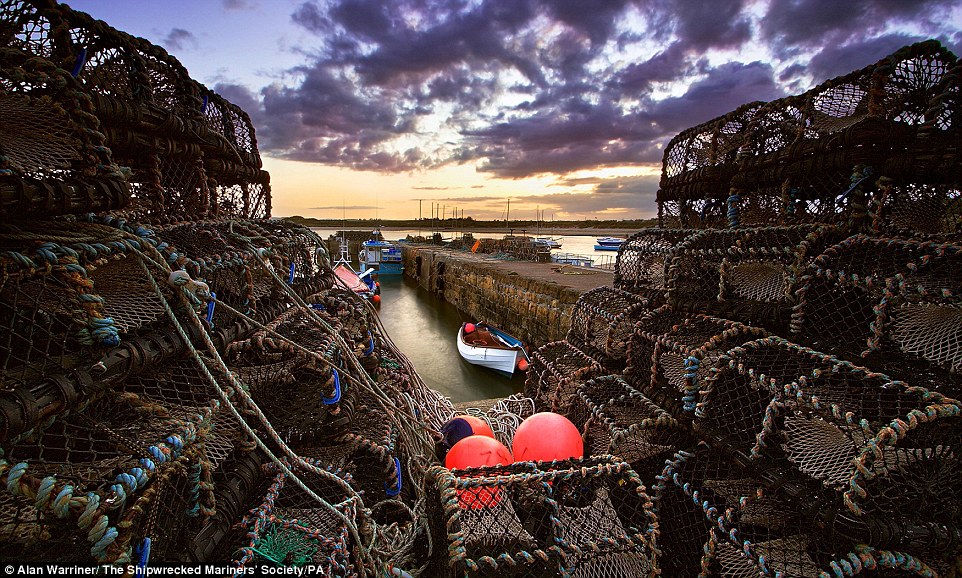 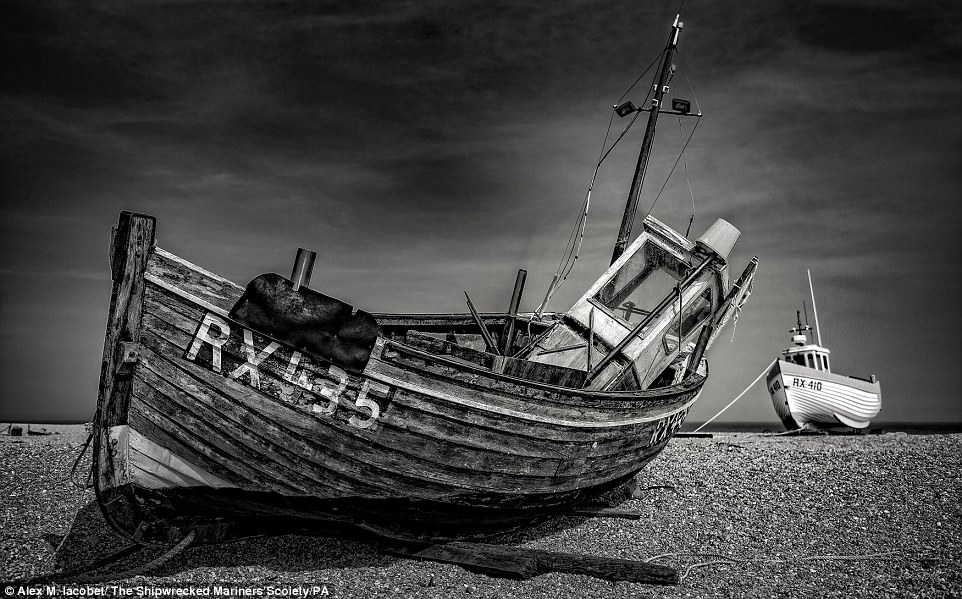 5. Rev Dr Richard Hainsworth, won the coastal view category with his image of Talacre Lighthouse on the north coast of Wales 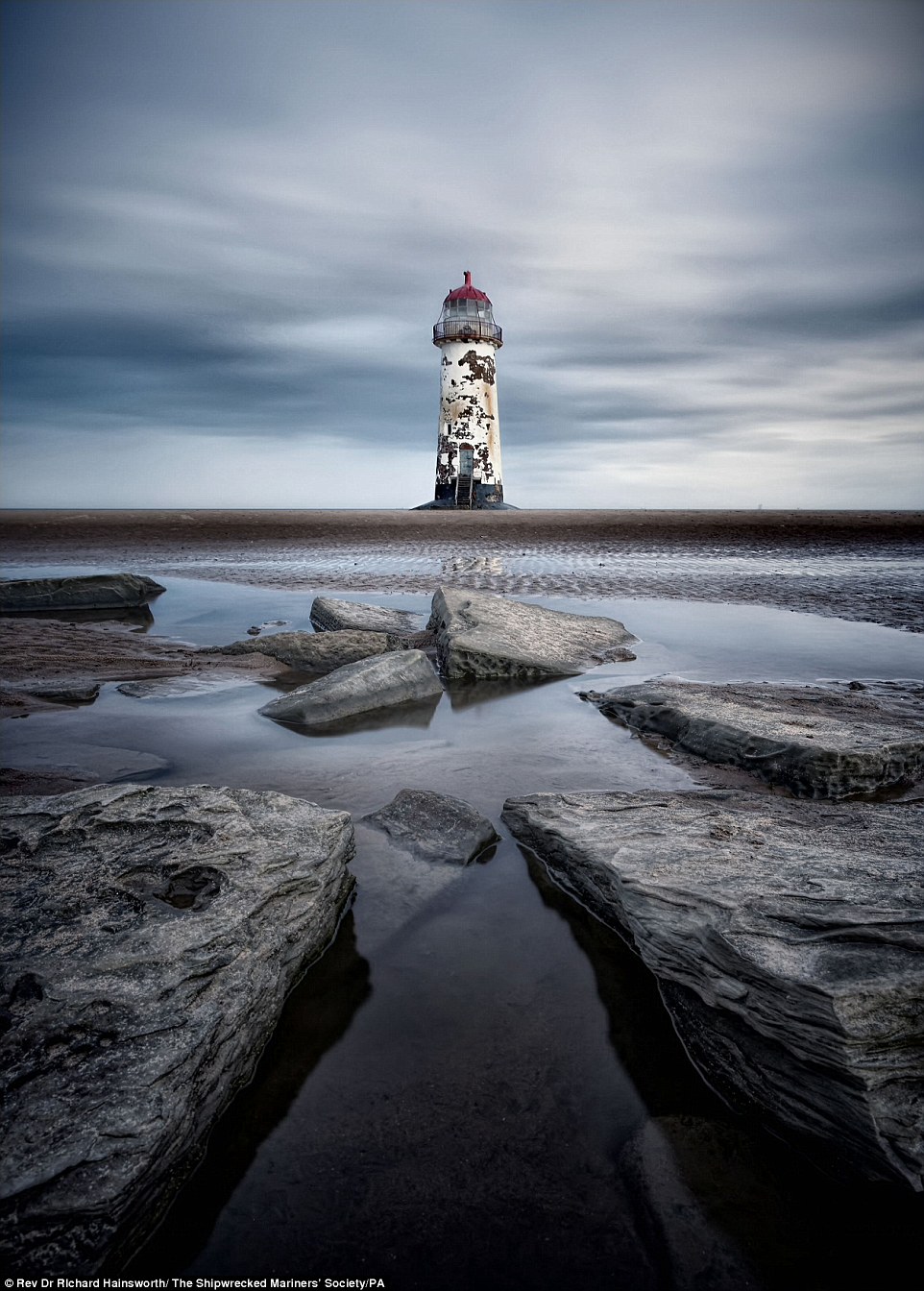 6. Jen Thorpe’s playful photo of a crab’s claw sticking out of a piece of wood in Eastbourne is called Hide and Seek 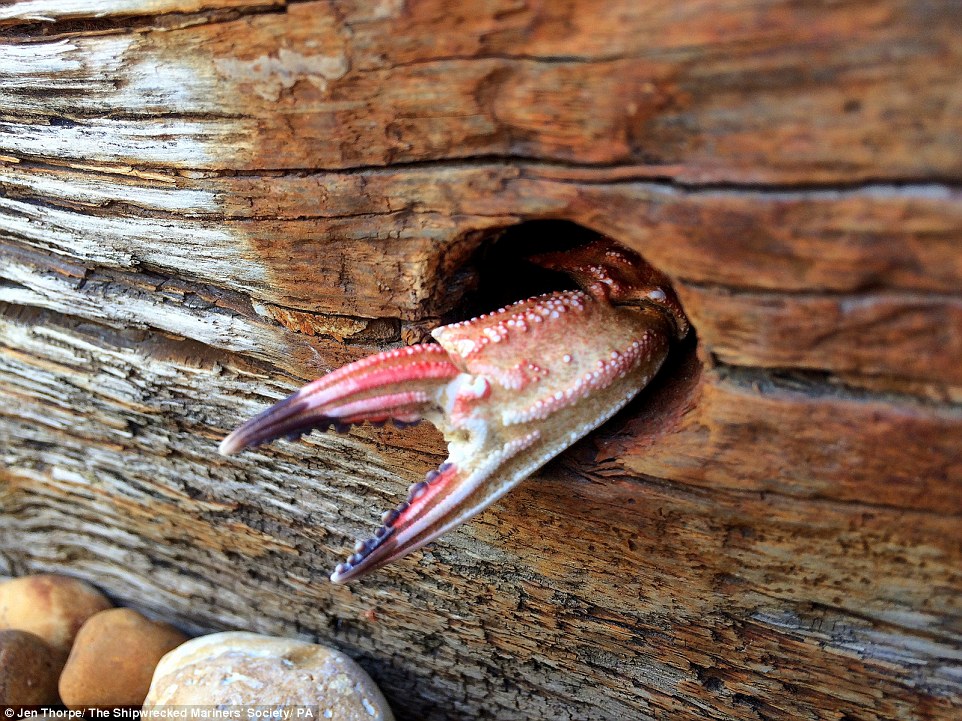 7. William Allen aptly called his picture In the Shadow of Giants as he photographed a towering oil rig in Belfast Harbour 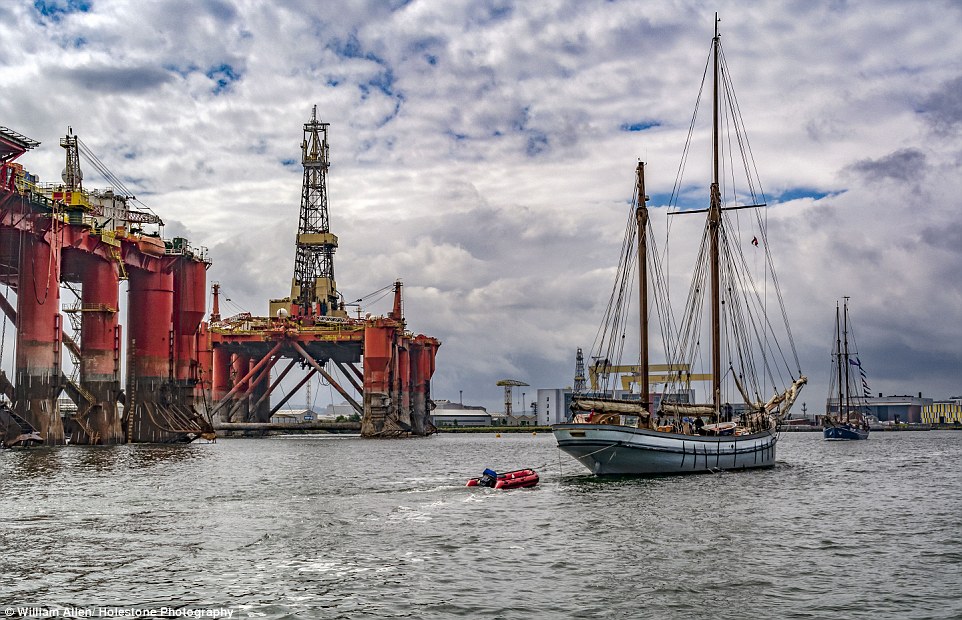 8. Alessio Putzu took this magical photo of Durdle-Door in Dorset with the iconic arch framed by the vivid colours of the sunset-filled sky and the turquoise sea 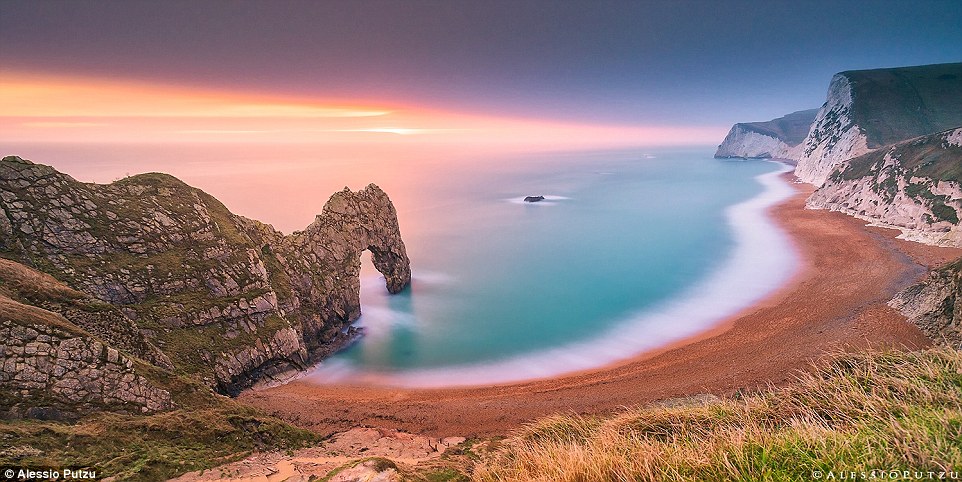 9. The stately, solitary figure of St Mary’s lighthouse in Whitley Bay, Tyne and Wear was snapped by Alan Warriner 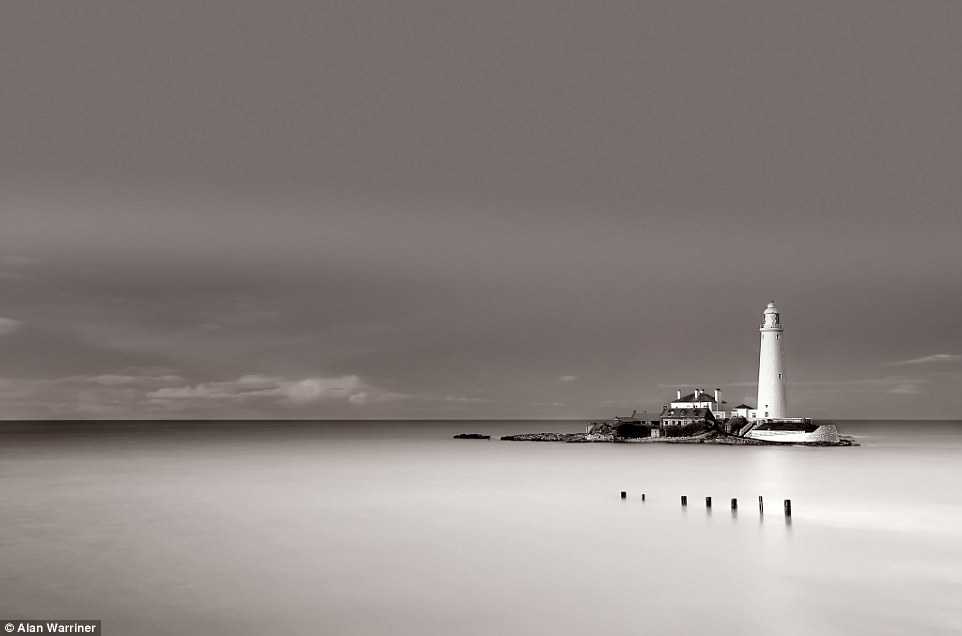 10. Brian Whitehead took this vibrant image of the Sailors Church and Harbour Mission and the Smack Boys Home at Ramsgate Harbour in Ramsgate, Kent 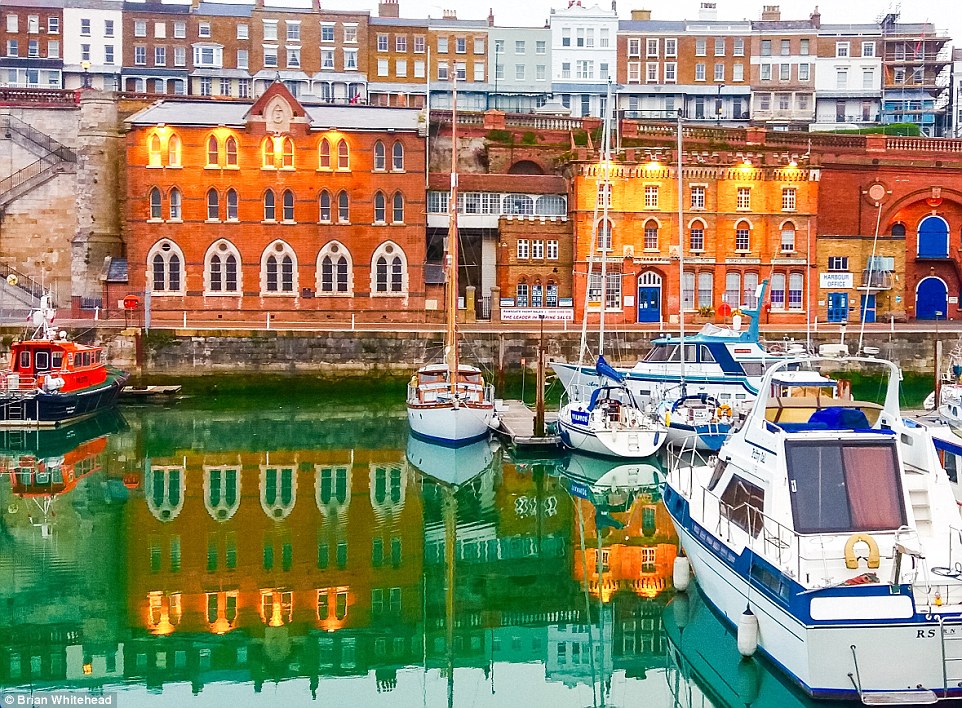 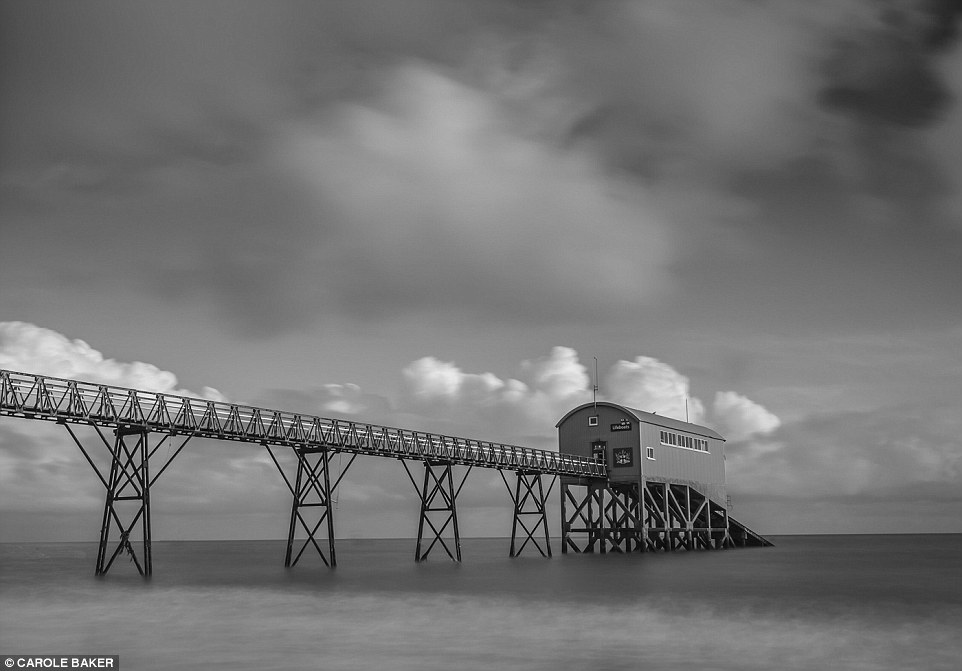 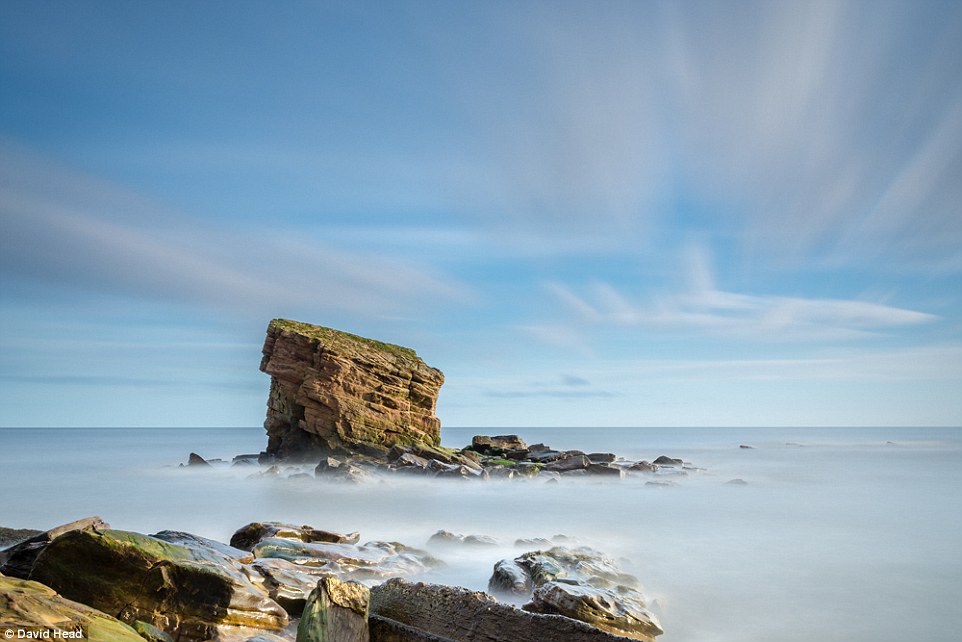 13. Like something from the legends of King Arthur, Ballycotton in Ireland possesses a spell-binding quality in Dave Keeley’s picture 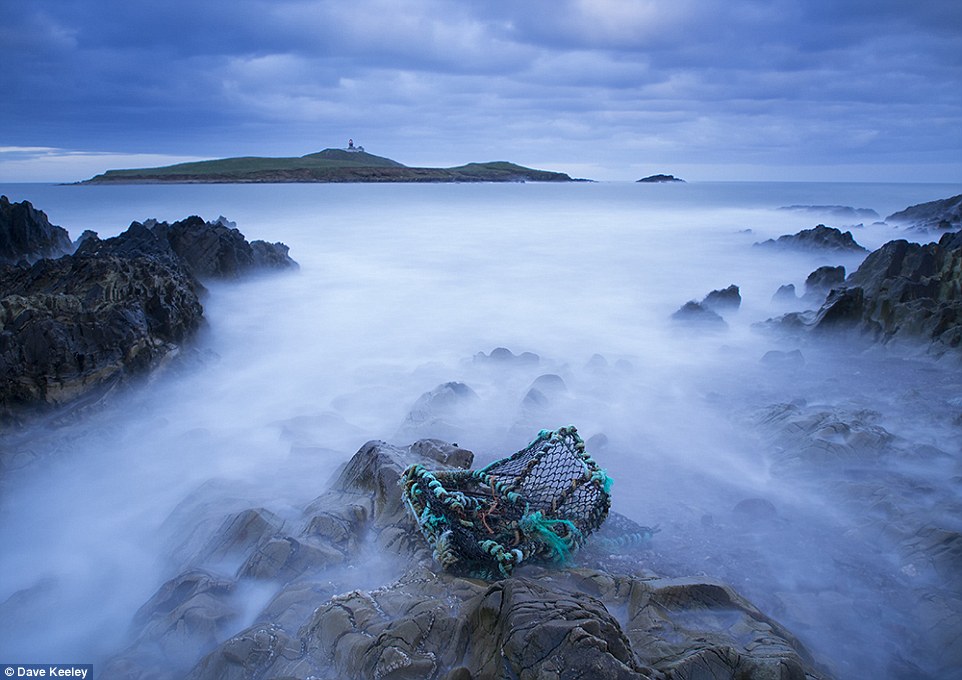 14. Gary Solomon entitled this image of the lone man ‘Solitude’, taken while in Hunstanton, Norfolk 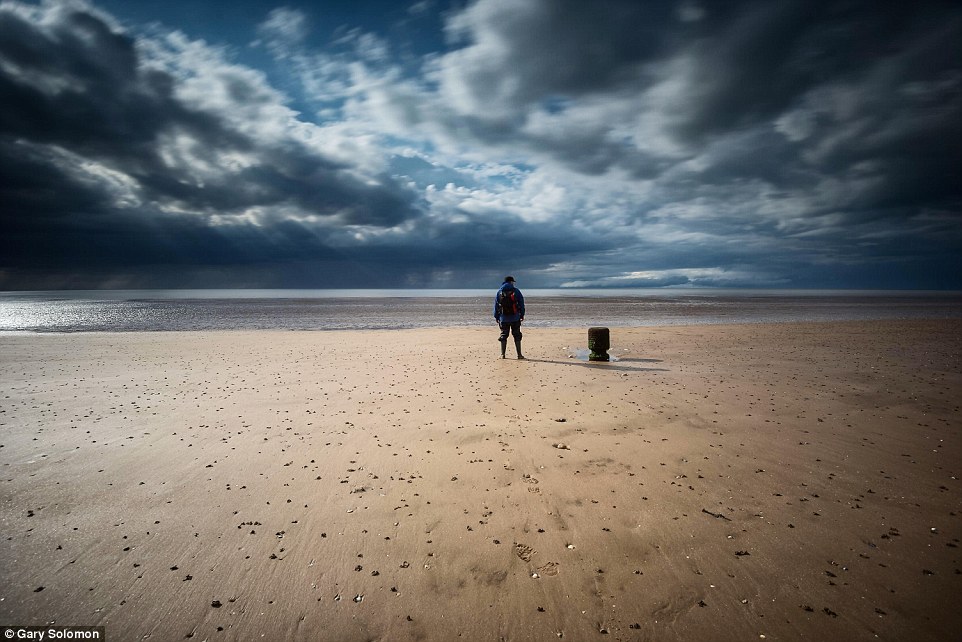 15. As its name suggests there does indeed seem to be something ethereal about this image of Holy Island in Northumberland by Gary Soloman 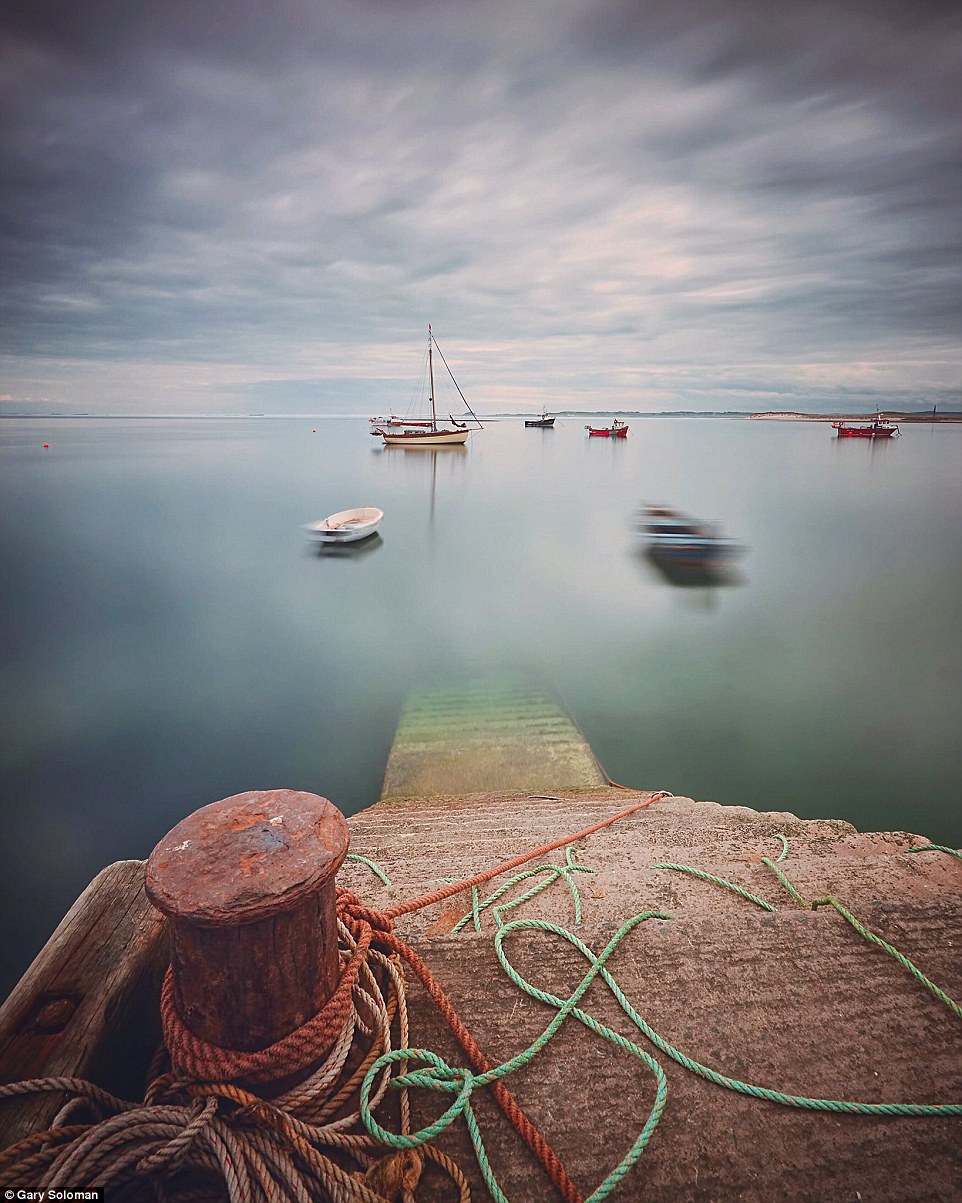 16. Rocks dominates this photo of the Portcoon Jetty west of the Giant’s Causeway – a mass of basalt columns at the northern coast of Ireland – snapped by William Allen 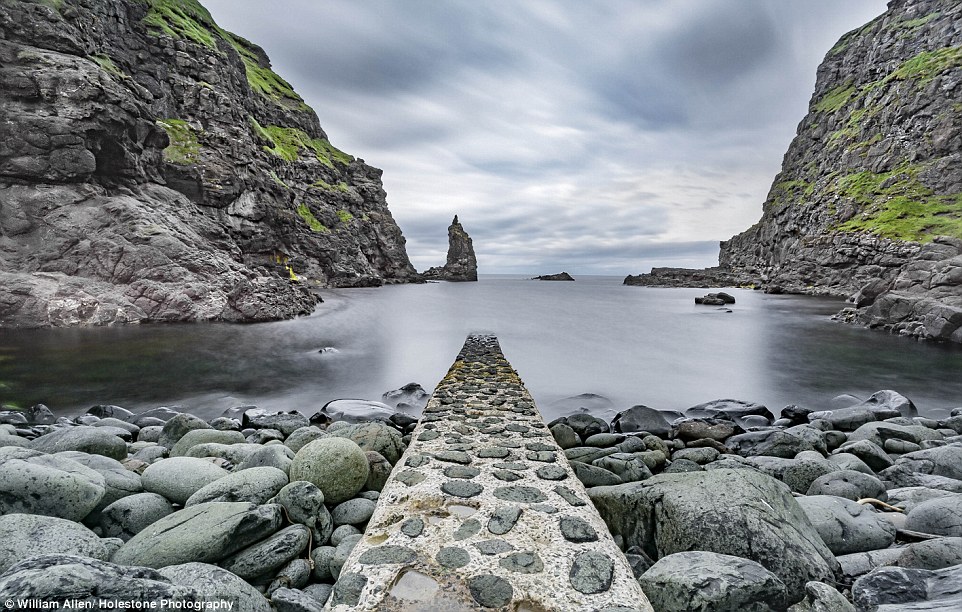 17. Taken from an unusual angle, Stephen Hornsey wittily named his photo of Steetly Pier in Hartlepool as Piering Out 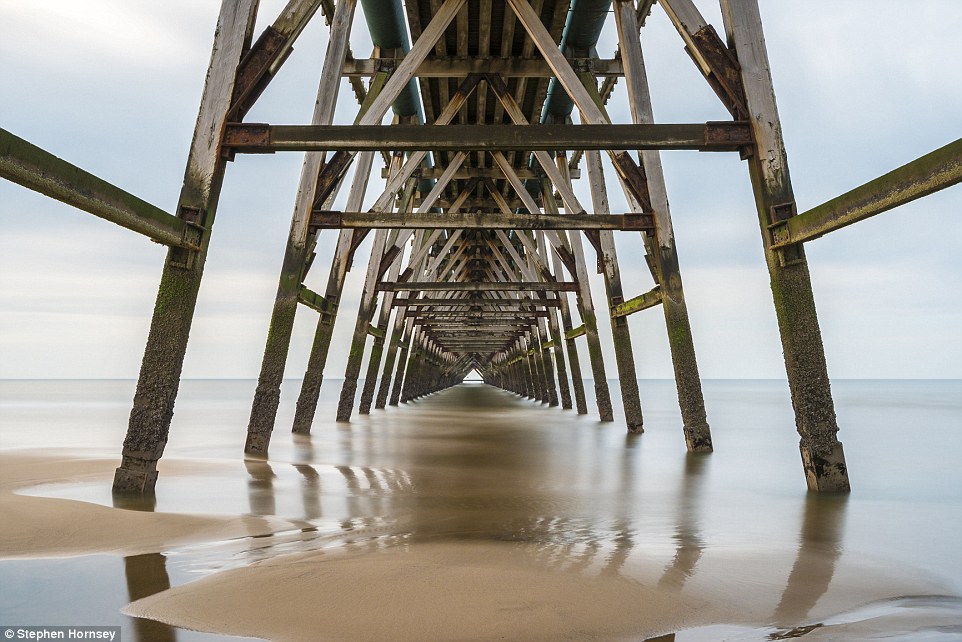 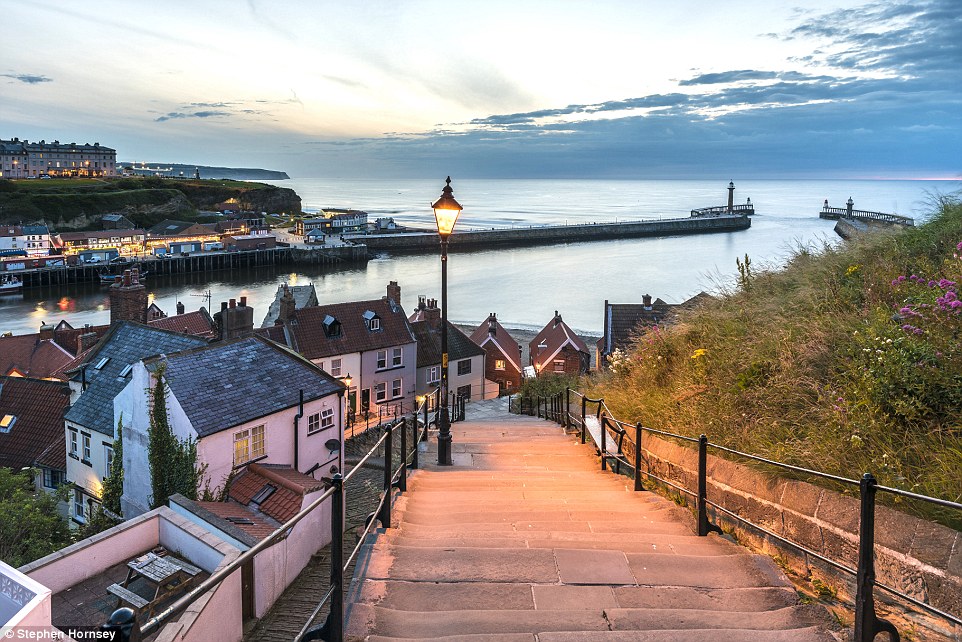 19. The serenity of Isle Ornsay Lighthouse in Scotland is depicted as beams of light break from the clouds in this image by Rev Dr RIchard Hainsworth 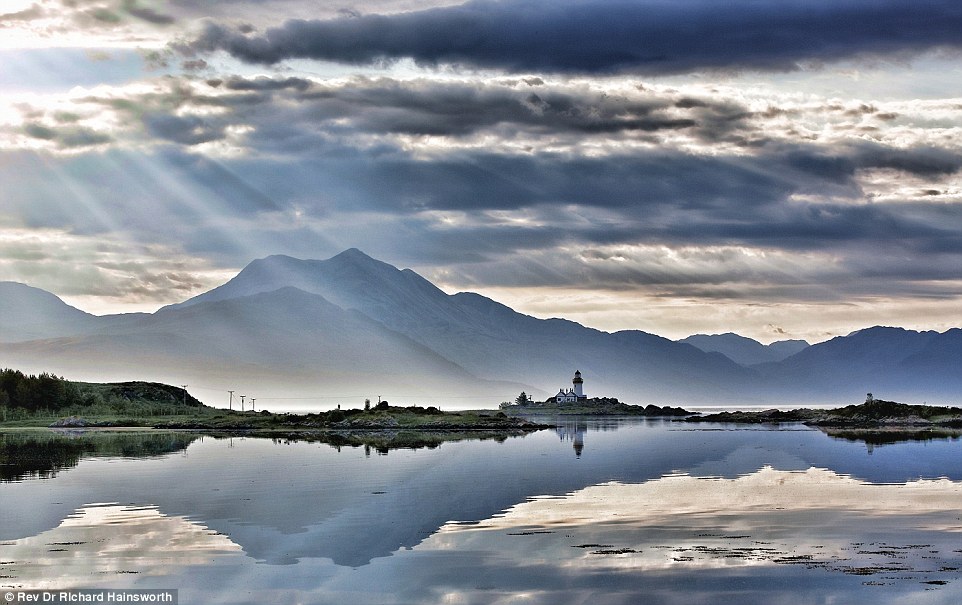 20. Fisherman drag their vessel on to the beachfront in this aptly named image, Coming Ashore by Paul Turner photographed in Hastings, East Sussex 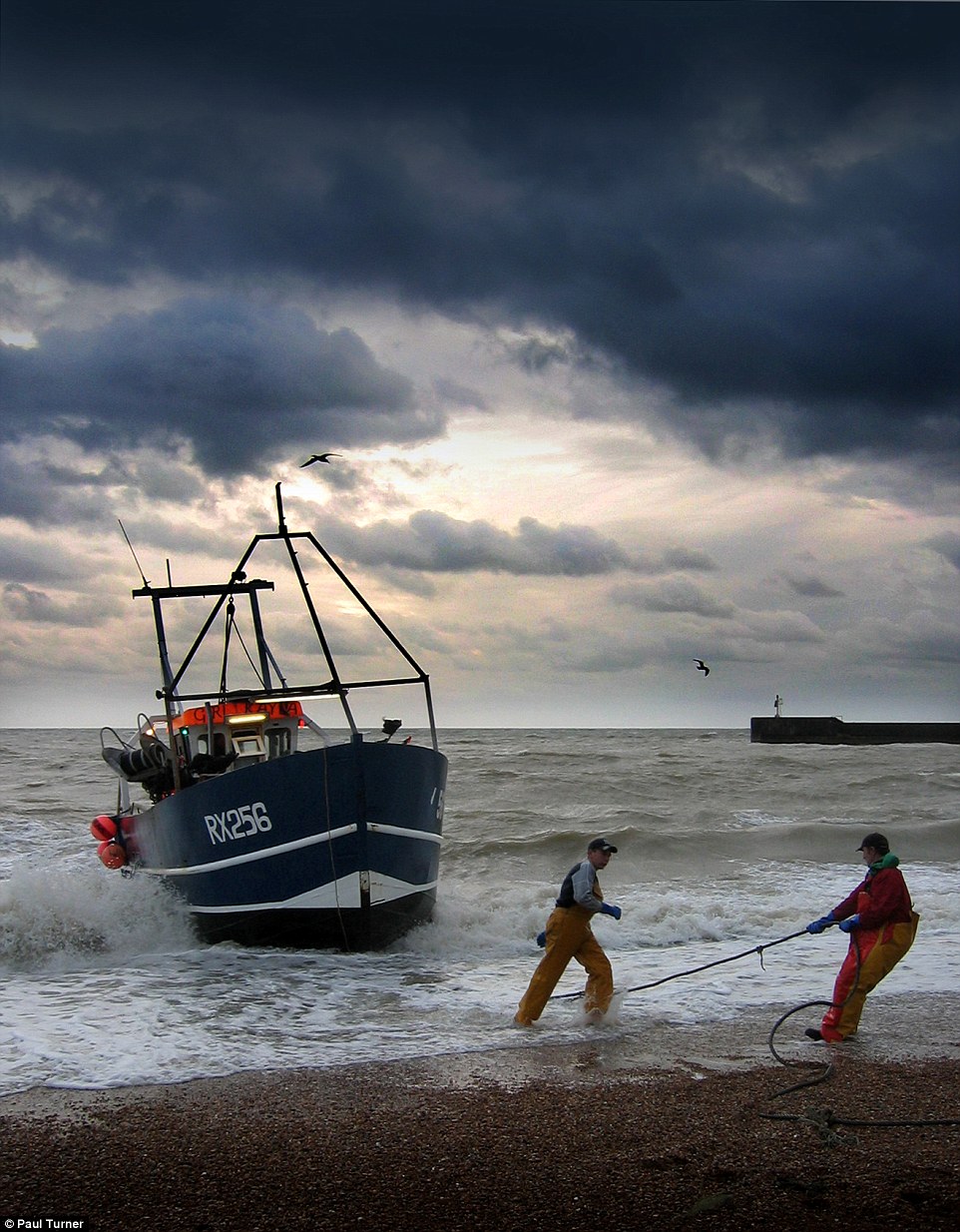 21.The pebbles on this Devon beach appear to show a myriad of colours under a cloudy sky in Nigel Martin’s picture of a storm brewing in Brixham 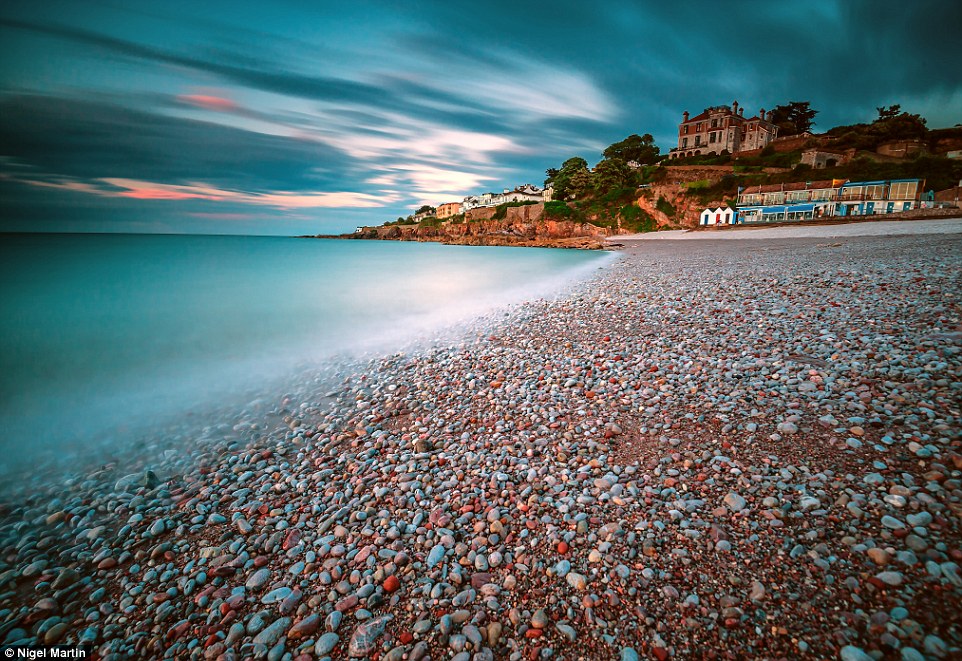 22. Nige Burr gave his image of a boy examining a fish the unusual title, Atlantic Cod Son: At what Cost, taken in Newlyn, Cornwall (left) and Paul Turner turned this towering monolith in Tyne and Wear into a teenager by entitling it Moody Lighthouse (right) 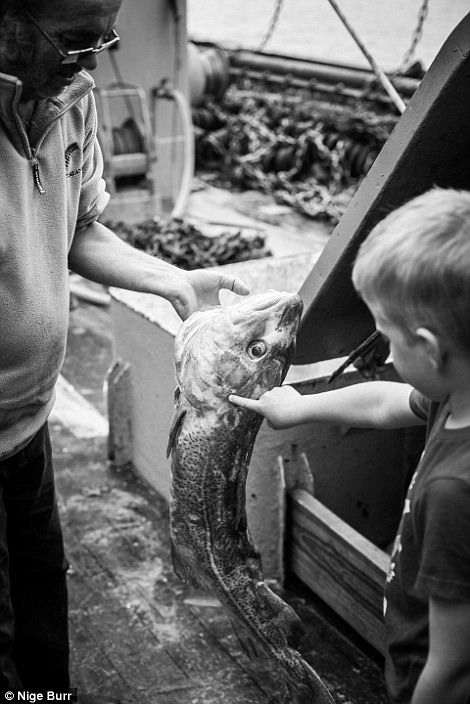