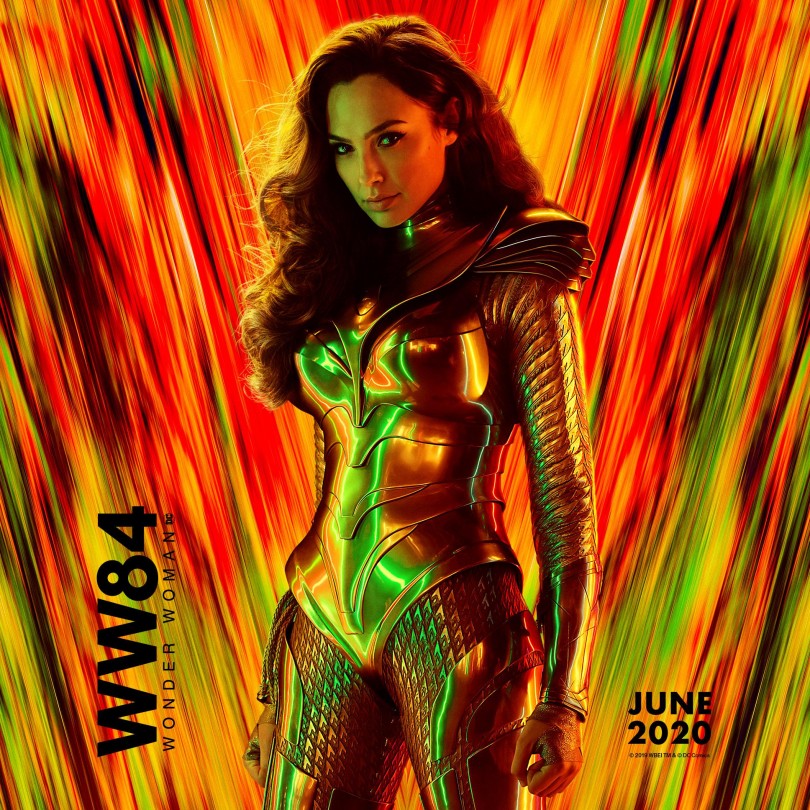 Wonder woman 1984’s trailer has been made public and the viewers have been left stunned by the lavishness of it all. Its prequel was a huge hit and people were eagerly waiting for the next in line.

The movie releases on 5th June 2020 and that is not all that we got to gauge from the trailer that was unveiled.

Amongst the few things that people noticed quickly was that “Steve Trevor” is alive and kicking. Despite him being showed dead in the last movie he is still at his wrongdoings.

He promises to keep you on your toes with his villainous streak though there is always a scope of a change in his temperament.

Diana seems to have regained some unknown powers in this version as we see the daughter of Zeus swinging on bolts of lightning.

Though this potential of hers was never tapped in any of the previous this time it seems we are sure to see some real action in this form.

Another point that needs to be mentioned here is that the old character Antiope also gets to feature in the movie.

The scenes that are shot are not regular ones but flashback ones. You see Diana training under her in these scenes and that is about the mileage she gets.

Diana is also shown to be friends with Kristen Wiig’s Barbara Ann Minerva character. This friendship later changes to enmity as the latter becomes the Cheetah woman that everyone needs to be scared of.

However, she is given less importance than the Maxwell lord and in the trailer, she is not shown in her cheetah form at all.

When the prequel of this movie was released it went on to be a big hit thus increasing the chances of giving the viewer’s again a dose of something on similar lines.

However, this sequel is slightly different in the way it has been executed. It continues directly from where the previous movie ended and therefore the commercial expectations from this movie are obviously high too.

Apart from the fact, there is a pressure to perform as the prequel apparently had very high-quality content.

The wonder woman had clearly exceeded the expectations that people had from it when it was released and the wait for its sequel has made the going tough for it.

However, DC and Marvel comics have found a new admirer in the form of China. It is expected that Wonder Woman 1984 is going to earn a decent amount of money from this country itself.

It may open on the same lines as its prequel but international earning is going to contribute a majority of the total count.

An eagerly awaited sequel has just revealed its sequel and the people are keeping their fingers crossed.

The commercials of the same look interesting as few old and new characters make a strong comeback in this version.

No one knows how the presence of each is going to culminate but it is expected that the storyline is going to be as interesting and engrossing as the prequel.

It is the vibrant 1980’s, and Diana Prince lives an ordinary and quiet life amidst the mortals. She has developed her full powers but lives a life of oblivion curating artifacts. The heroic acts are performed, yet no one knows she is the one responsible. Pretty soon, though, things will change, and Diana would have to garner all her strength, wisdom, and courage to fight off the Maxwell Lord and Cheetah the villain with extraordinary power.

Wonder Woman 1984 is the movie, and it is currently playing in Indian theatres. This Patty Jenkins directorial has Gal Gadot playing the Wonder woman role again. The film is set in the 1980s, and while Gal Gadot plays Diana, Kristen Wiig is Cheetah, and Pedro Pascal plays Maxwell Lord.

The movie has received positive reviews as such, though the critics say that it is not as good as the 2017 installment film. As was clear from the Wonder woman 1984 trailer in the movie Diana is a senior anthropologist at the Smithsonian Institute. It is here that she meets Barbara Ann Minerva (Wiig). Barbara is an ambitious woman who wants to be powerful and confident though she lacks the skills.

In the mid of the movie, we see a mysterious woman helping save people from getting squashed under a pole. Though she looks like Wonder woman but is actually Asteria, a legendary warrior. Asteria wore the Golden Eagle armor that Diana even wears in the last scene when she defeats Wonder woman 1984 cheetah.