The high cost of the month-long holiday is believed to have topped $100million. King Salman has been at his summer palace for a month, racking up huge bill.

The average annual salary in his kingdom is approximately $33,000. The King’s visit accounts for 1.5 per cent of tourism-related income in Morocco.

It was a vacation fit for a Saudi king. King Salma reigns over a kingdom where the average salary is around $33,000 , but that didn’t stop Saudi Arabia’s king splashing out a huge $100million on holiday. 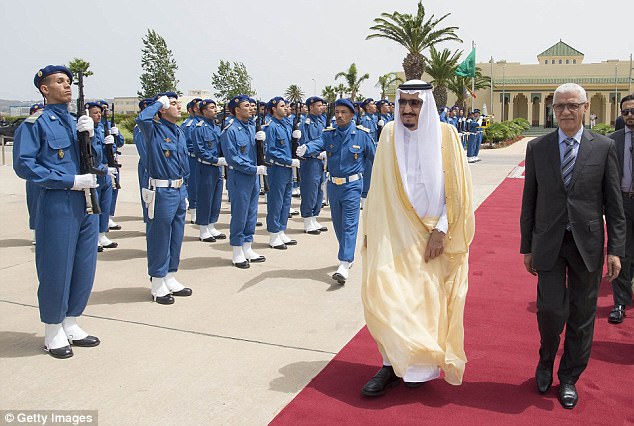 King Salman traveled in style to his favourite holiday spot, Tangier, in the north west of Morocco, along with an entourage of more than 1000, who were booked into luxury hotels.

The king himself stayed in his 74-acre summer palace, one of his many properties around the world, which boasts lavish restaurants, and impressive views of the sea. 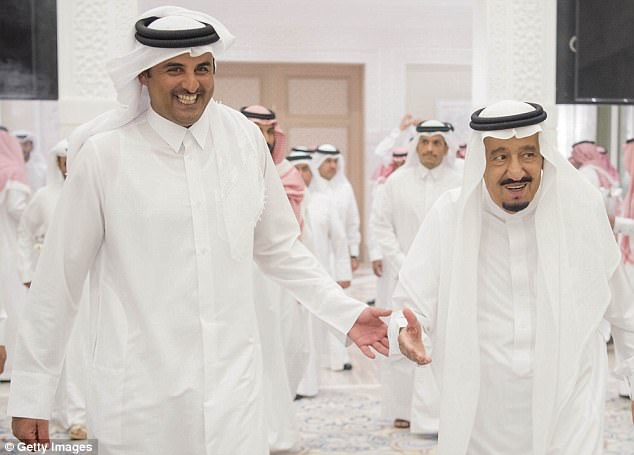 The 81-year-old’s summer palace has been renovated extensively over the past 12 months, with helipads among the features added.

According to reports in Morocco, King Salman’s trip accounts for 1.5 per cent of the country’s foreign tourism revenue. When he arrived at the Ibn Battouta Airport, the king was greeted by Moroccan Prime Minister Saadeddine Othmani.

King Salman opted to go on vacation at a time of high tension in the Gulf, with Saudi Arabia locked in a political row with Qatar which has seen transport links to Doha severed since June. 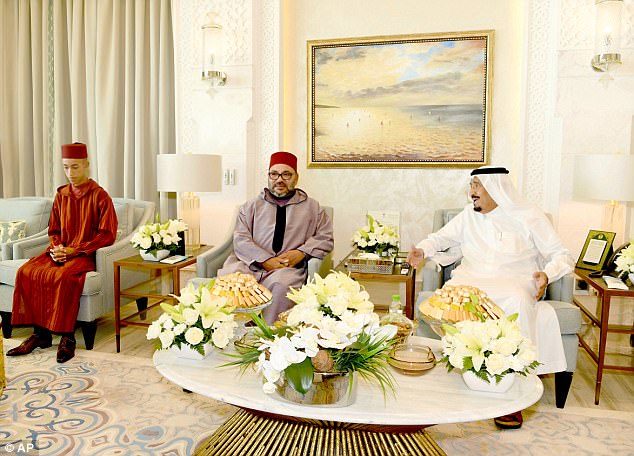 Satellite images from October 2016 showed a number of upgrades the King made to his retreat in Morocco. It now has three helipads, several extra buildings and a tent the size of a circus big top. 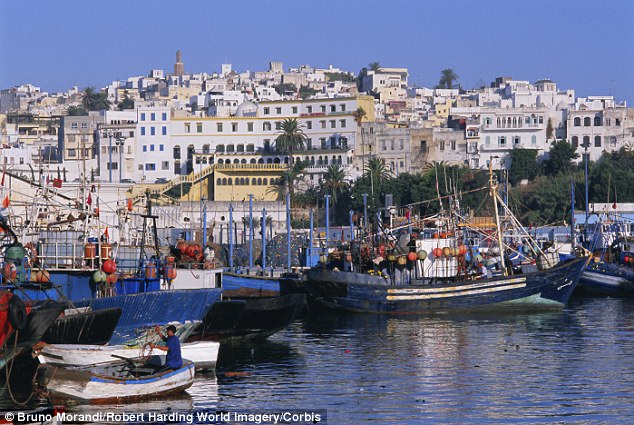 The sprawling complex is surrounded by 1,500m of wall, staffed by 30 members of the Moroccan royal guard, has its own medical facilities and top-notch restaurant-style kitchens. Meanwhile, earlier this month another Saudi Prince, Al-Waleed bin Talal bin Abdulaziz Al Saud, swapped his superyacht for a bike trip in Turkey. 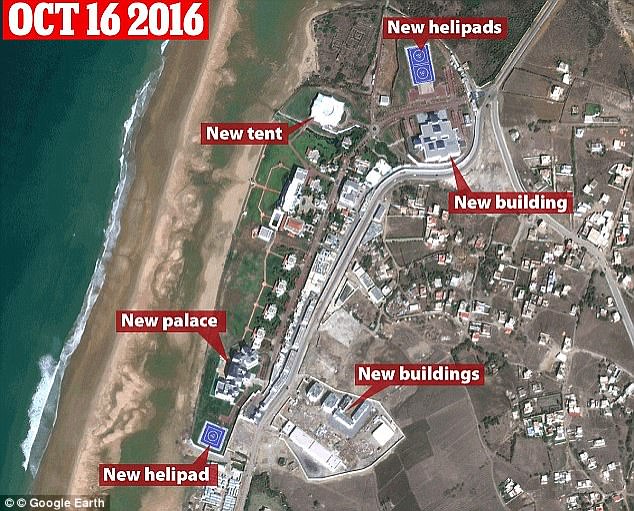 The prince, who is worth an eyewatering £18billion, was spotted cycling topless and was wearing a pair of yellow shorts. 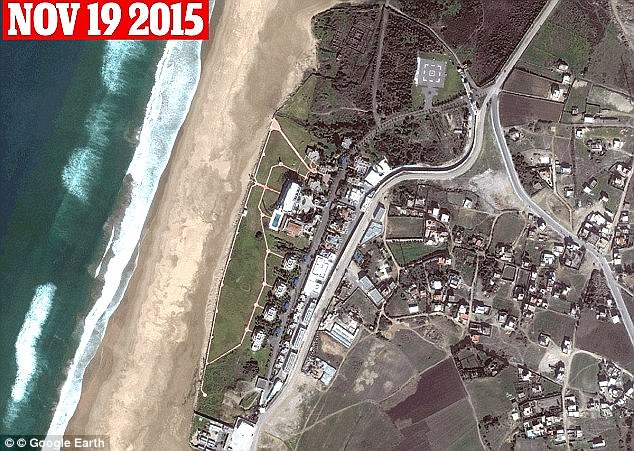 A spokesman for the Ministry of Culture and Information told the Times last year in a written statement that the costs were covered by the king’s fortune rather than the government.

And the wealth apparently rolled downhill, as household staffers who asked not to be identified told the Times that they received a free trip for a pilgrimage to Mecca upon returning their ID badges after last year’s trip. 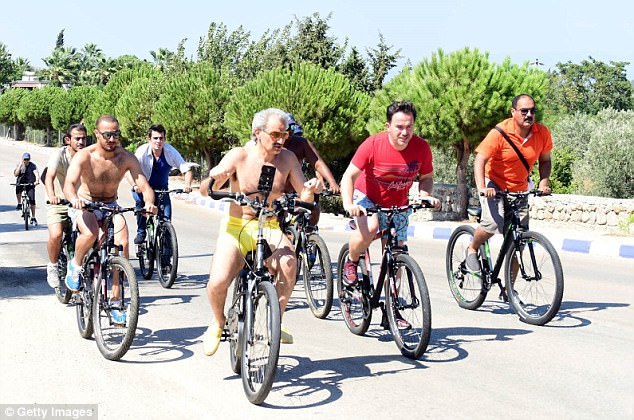 The Prince, who is worth an estimated £17.7bn according to Forbes, wore matching yellow shoes and a pair of sunglasses as his legs span the pedals through the tourist hot spot 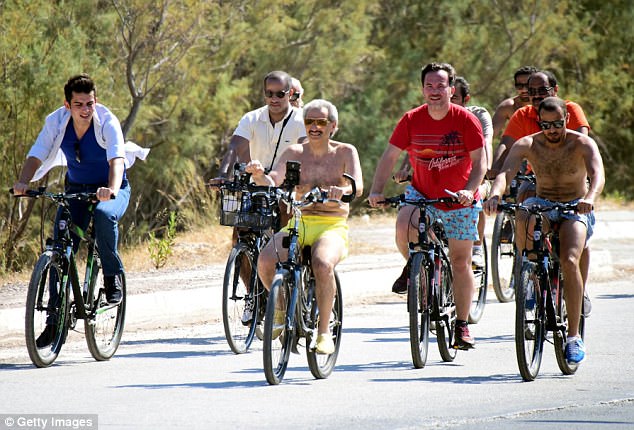 The Prince is more often spotted on his superyacht than on two wheels. The yacht, called Kingdom 5KR, has a helicopter, swimming pool and cinema screen 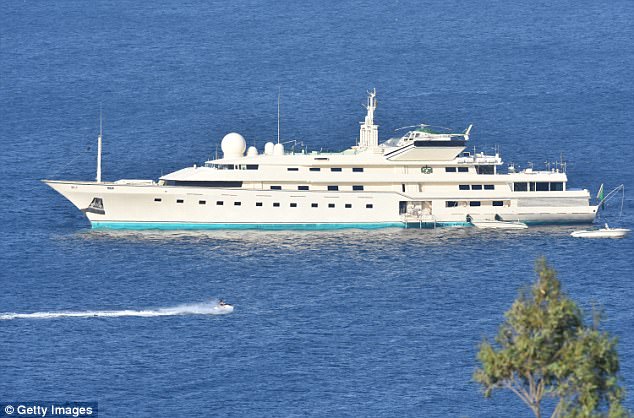 The Prince bought his yacht in 1991 for $40mn. He called it Kingdom 5KR after his investment company Kingdom Holdings, his lucky number 5 and the initials of two of his children 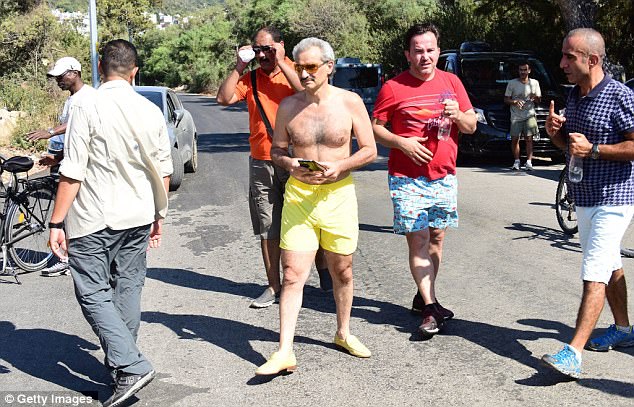 Read the article to know how to get Saudi Work Visa.