Emily Ratajkowski turned heads as she stripped down to a tiny string bikini on the beach in Los Angeles. The 26-year-old model relaxed in the sunshine with pals, as she showcased her stunning physique. 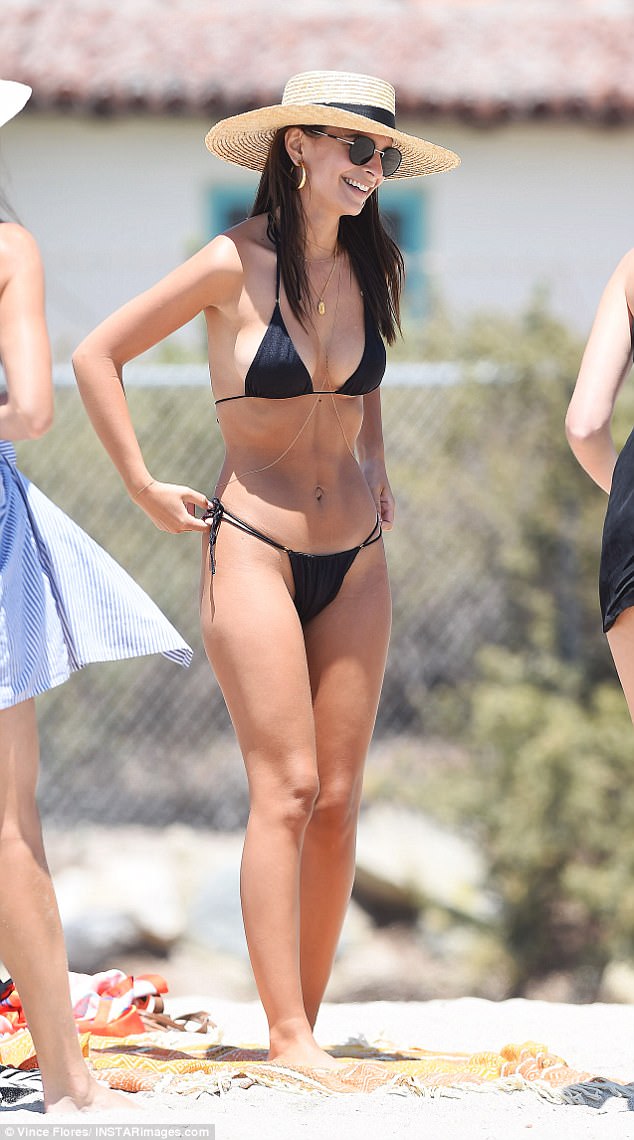 The 26-year-old model relaxed in the sunshine with pals, as she showcased her stunning physique 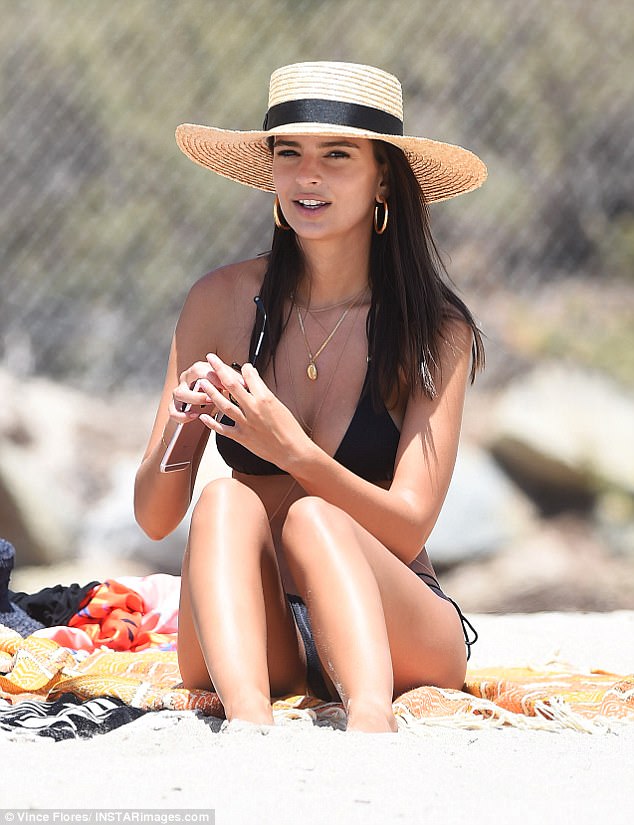 The London-born, Encinitas-raised stunner revealed her peachy posterior in the high cut briefs, which had been hidden in Daisy Dukes 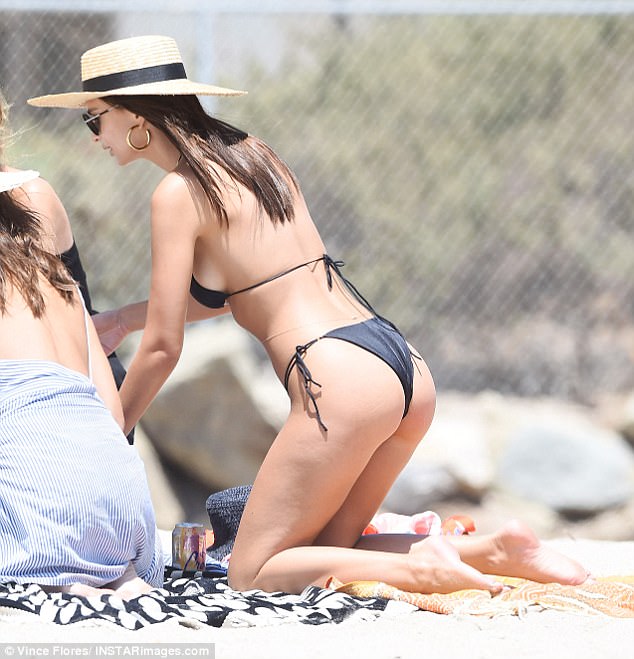 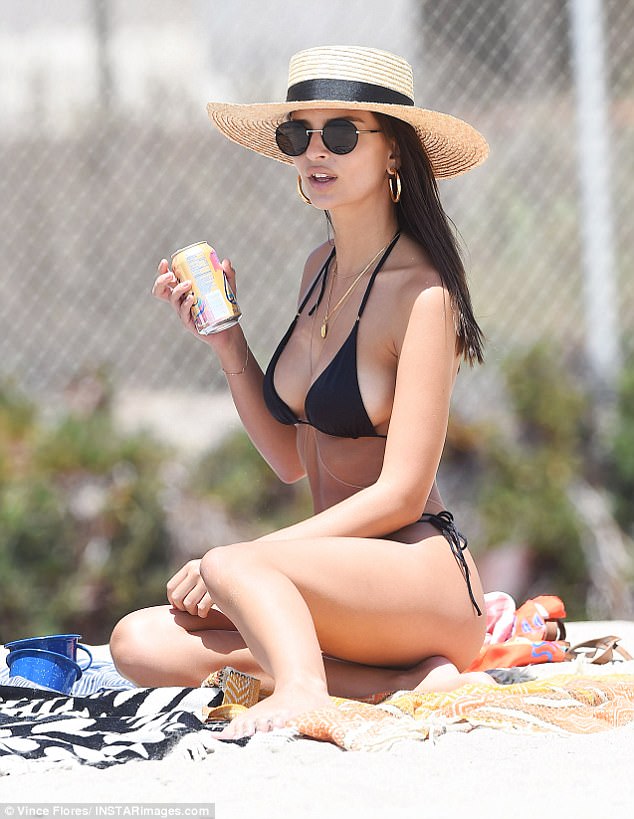 Her eyes were protected by round-framed sunglasses 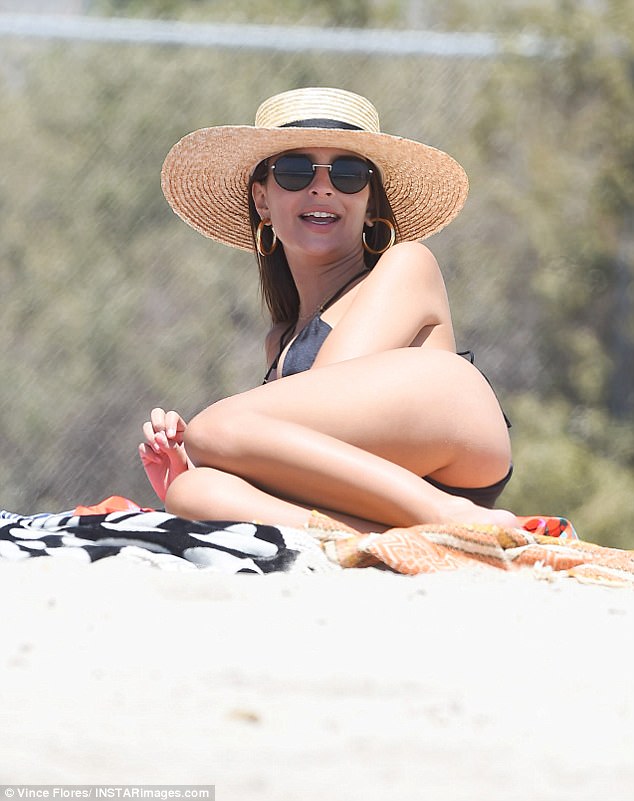 Even though she was having a casual beach day, the Blurred Lines music video model was sure to accessorise, wearing giant hoops and a gold necklace 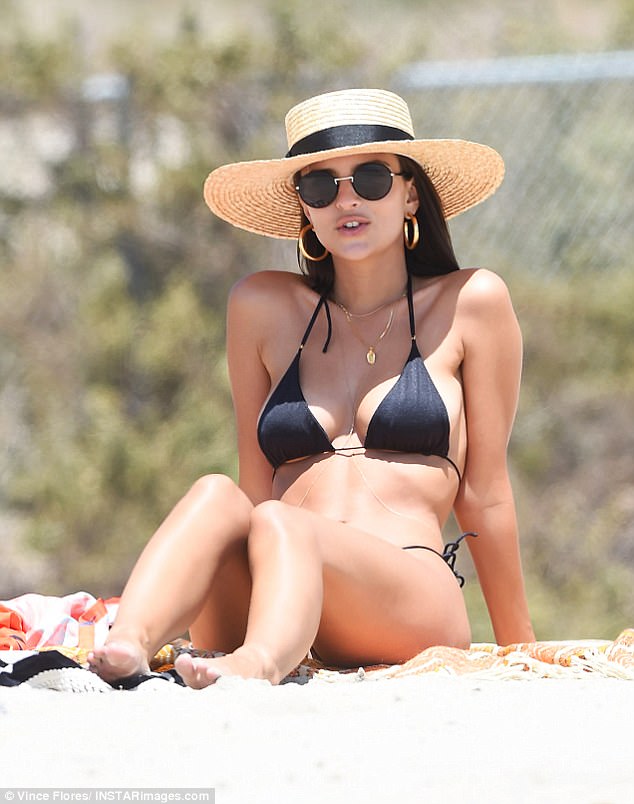 She has a killer figure, and is clearly working on a tan to match 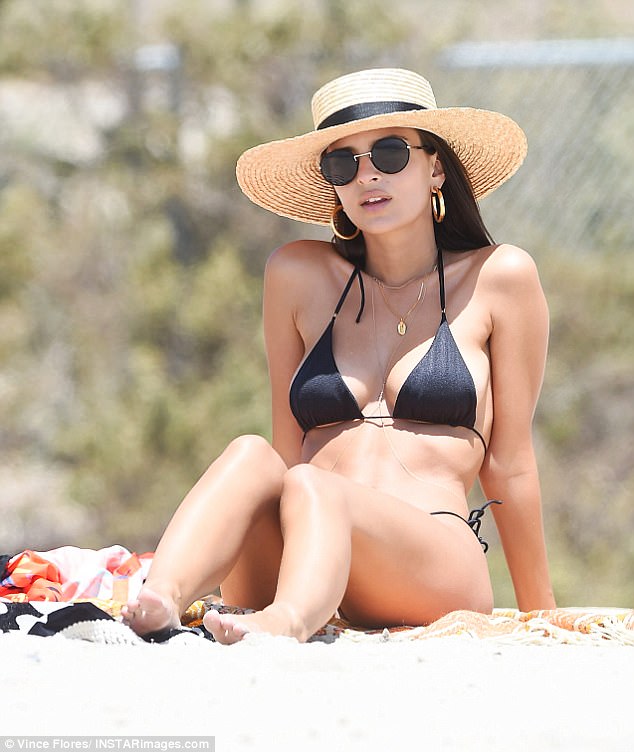 She rested on her knees as she turned to her pals 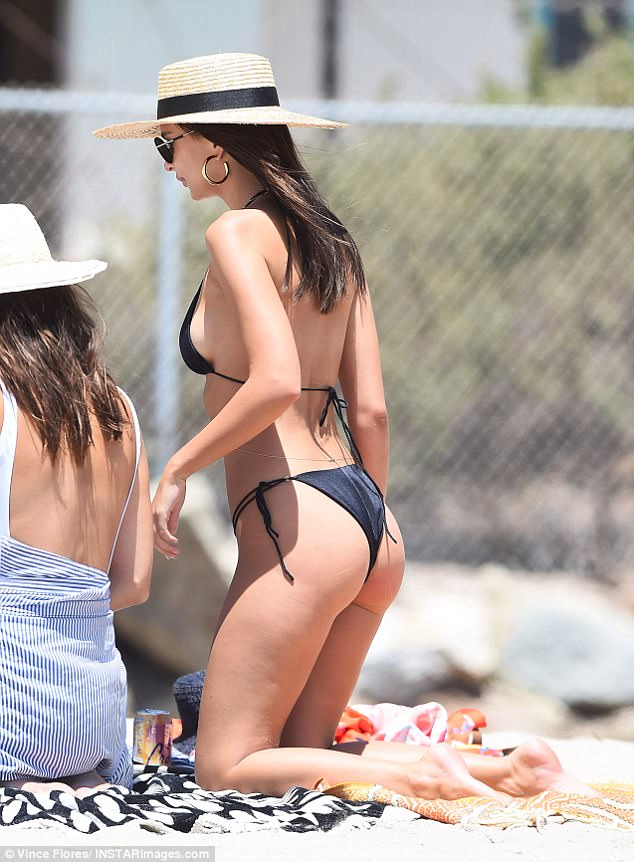 She flashed a generous amount of underboob in her skimpy bikini 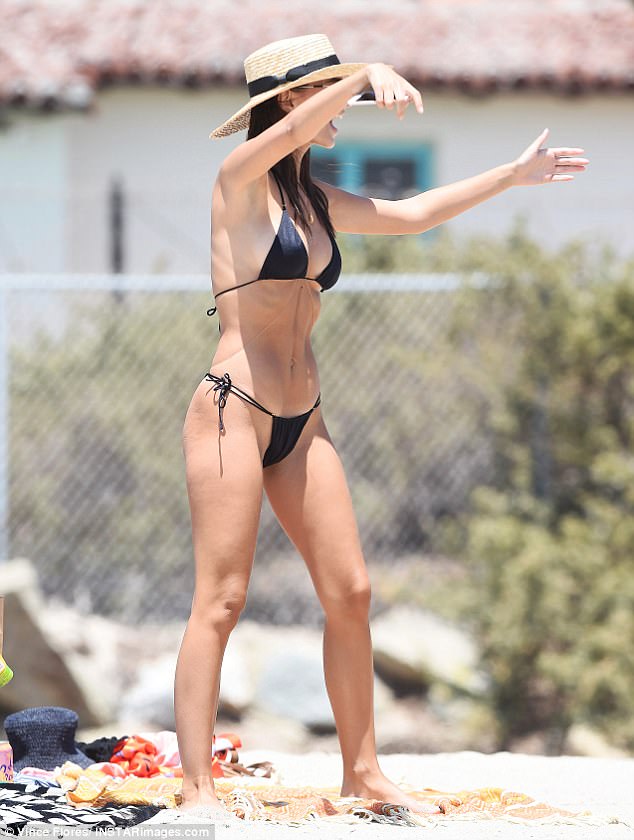 The beauty stripped off her Daisy Dukes 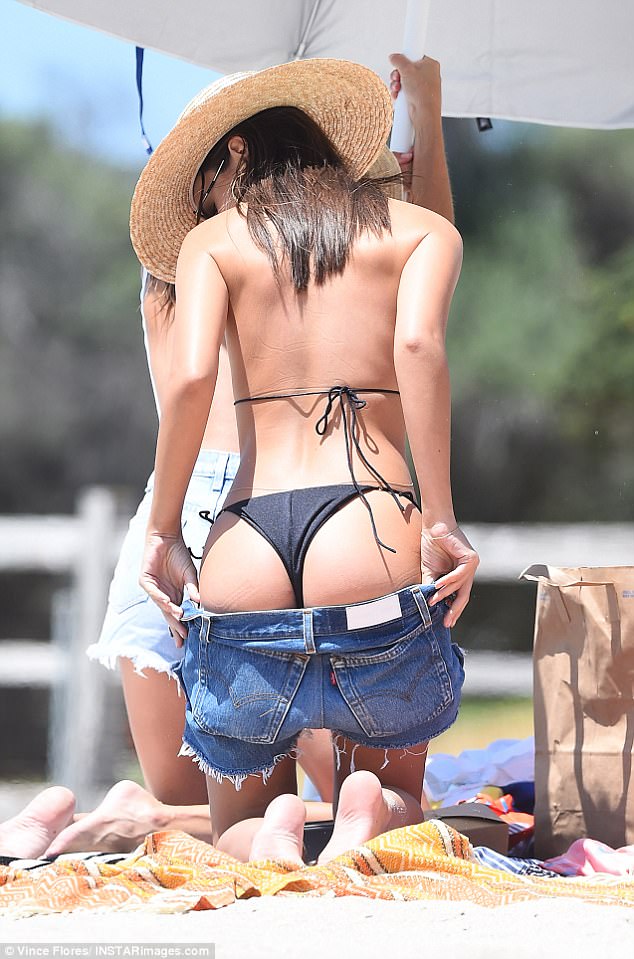 She made sure she exposed her derriere to the elements 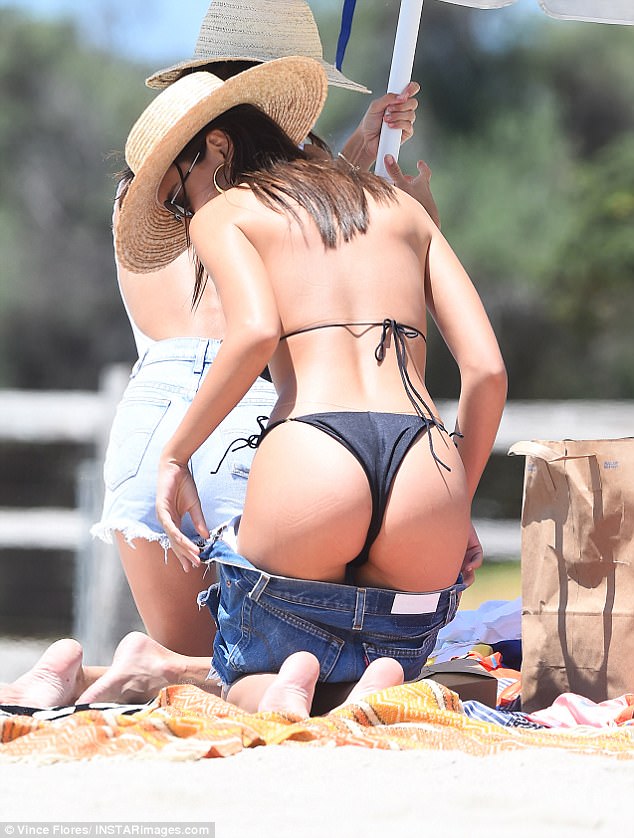 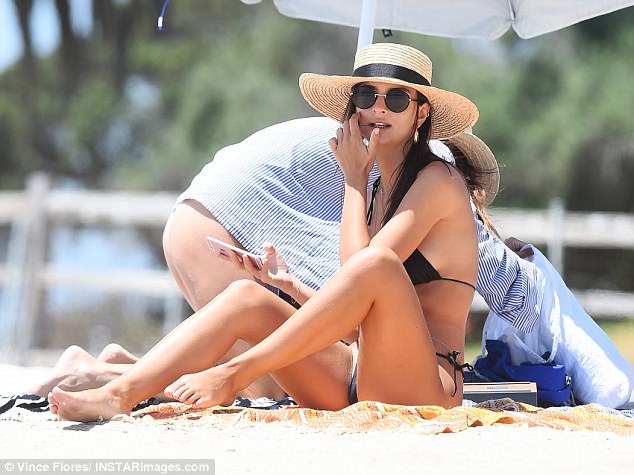 She looked happy as she chatted to her pal, while they sat on the sand 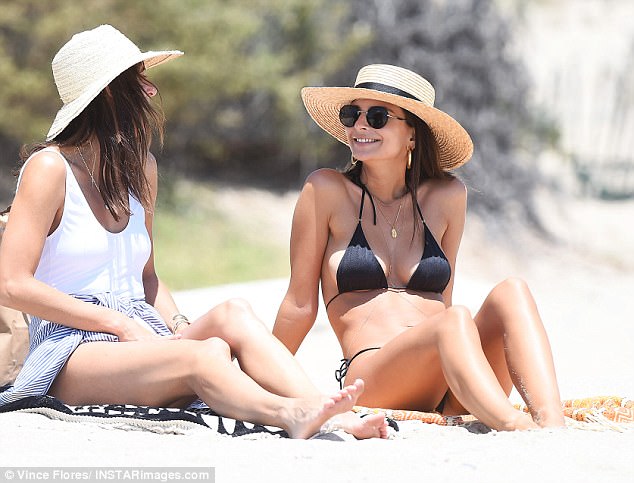 The model was working on her golden tan, while her pal had a snack 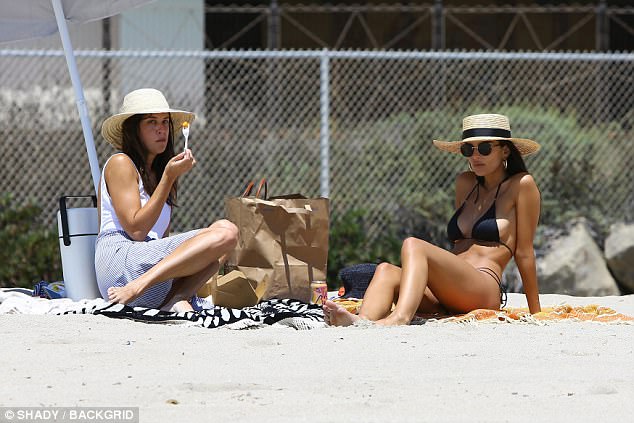 Emily made sure her bikini top was properly fixed 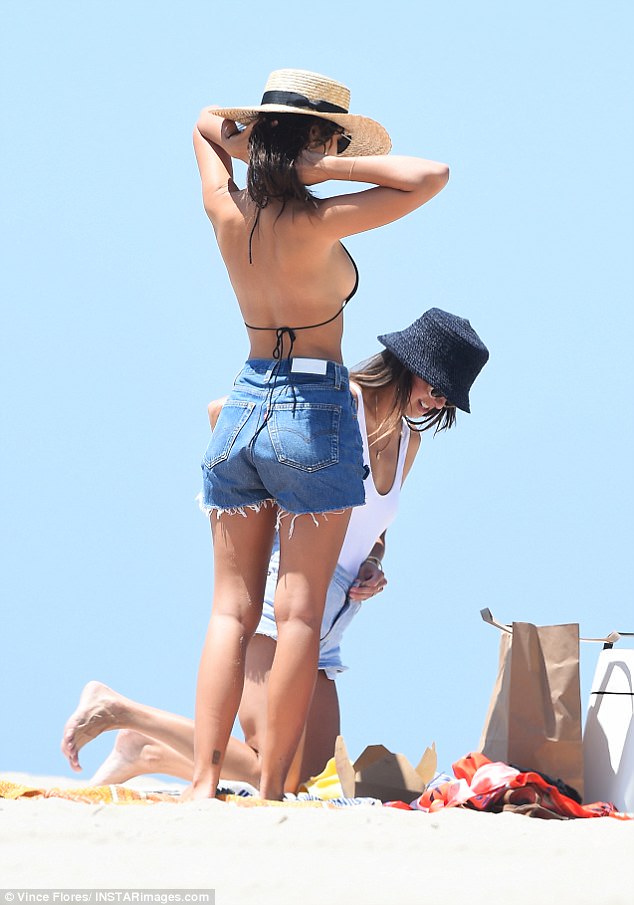