Emily Ratajkowski has shot to fame in the modeling world thanks to her eye-popping Instagram posts where she’s quite often either nude or in a bikini.

The 26-year-old DKNY spokesperson was at it again as she posed topless in bed with her left hand barely covering her sizable assets. The brunette’s caption read: ‘Not getting out of bed.’ 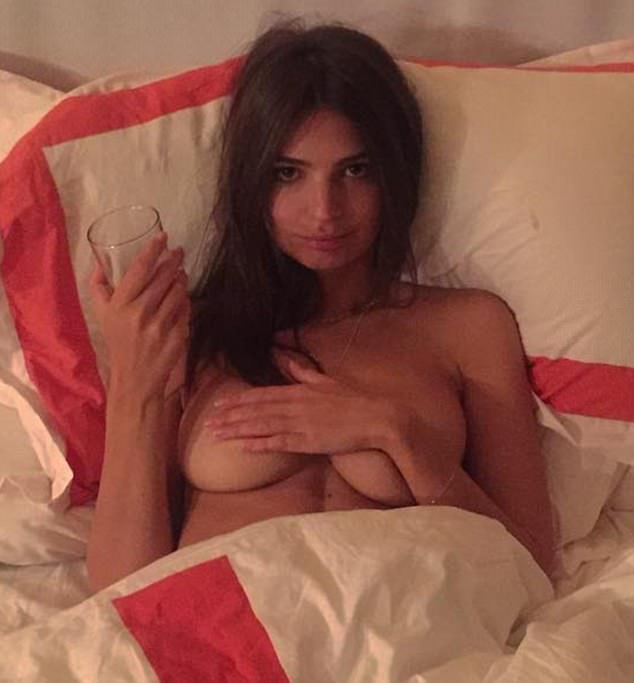 The brunette beauty, who is known for posting eye-popping images to Instagram, captioned the post: ‘Not getting out of bed’ 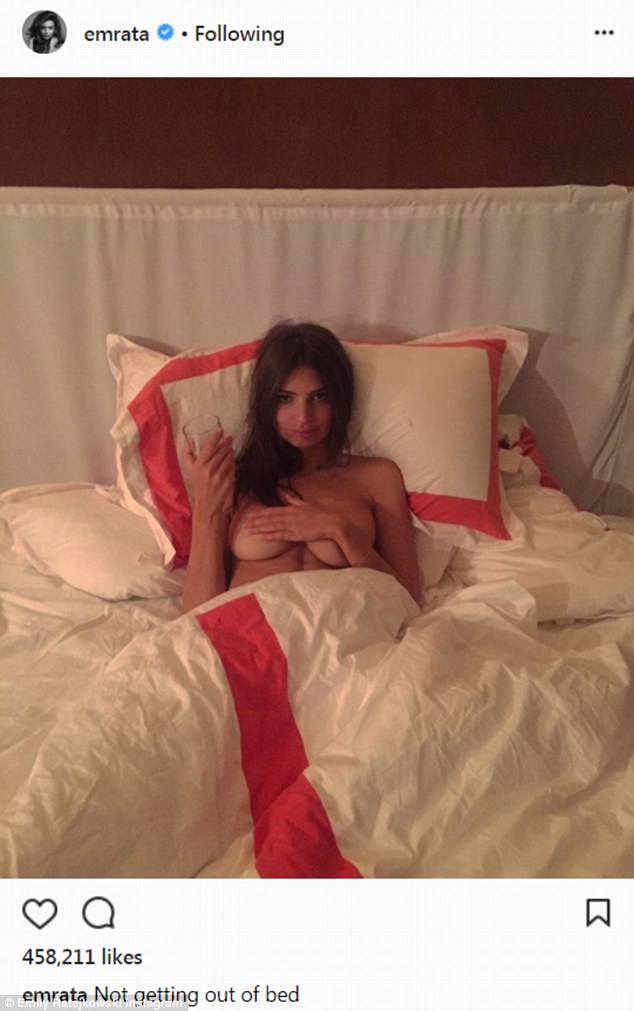 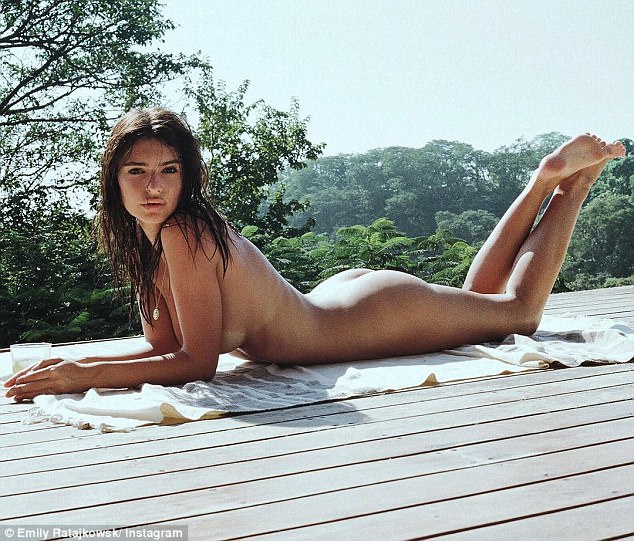 The model, 26, is often seen flaunting her scantily-clad frame in a number of body-confident posts that litter her social media pages 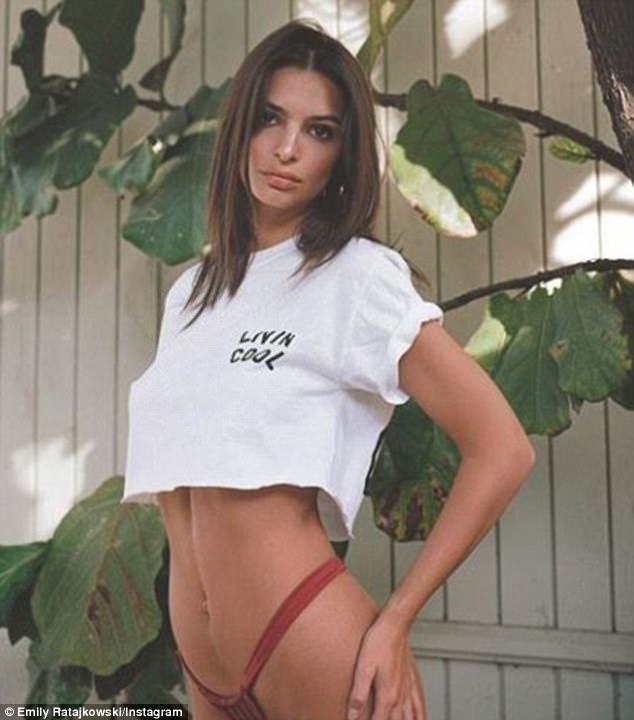 Emily forged a career for herself in the modelling industry, after making her mark in Robin Thicke’s controversial Blurred Lines video back in 2012 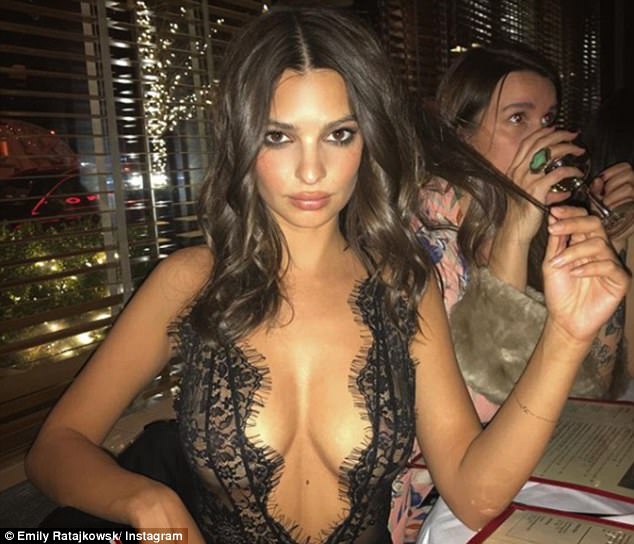 Although, the body-positive star has since described the video as the ‘bane of her existence’ 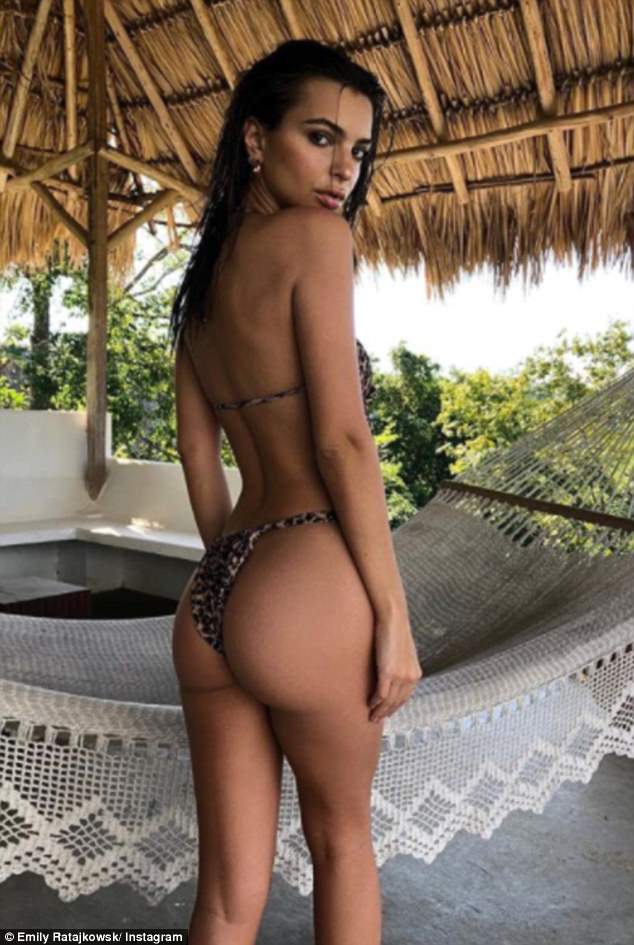 The fashion star has since appeared in the pages of Sports Illustrated’s 2014 and 2015 edition and has turned her attentions to acting, has bemoaned the fact that it’s hard for her to bag serious movie roles because she’s perceived as a ‘sexy actress’ 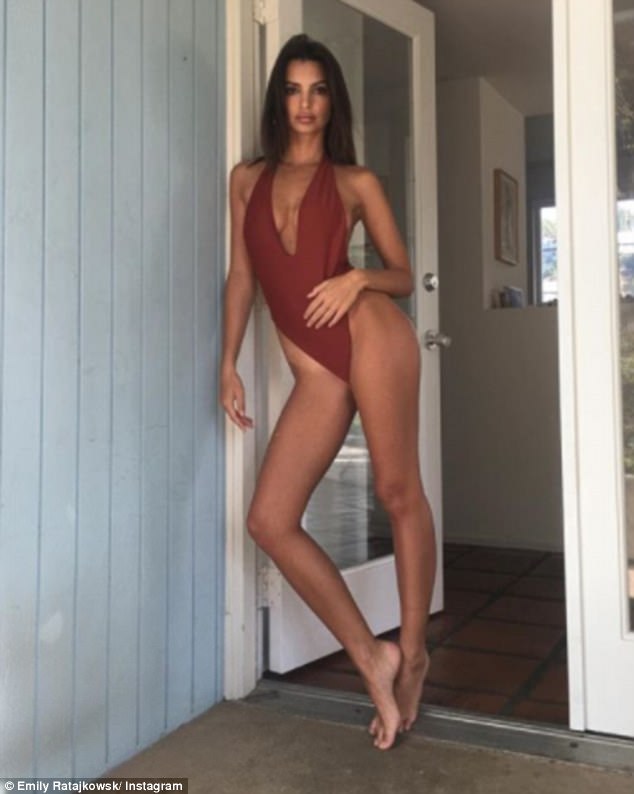 Emily Ratajkowski, not naked for once from r/Celebs