Home » 20 Best Christmas Movies On Amazon Prime You Must Watch 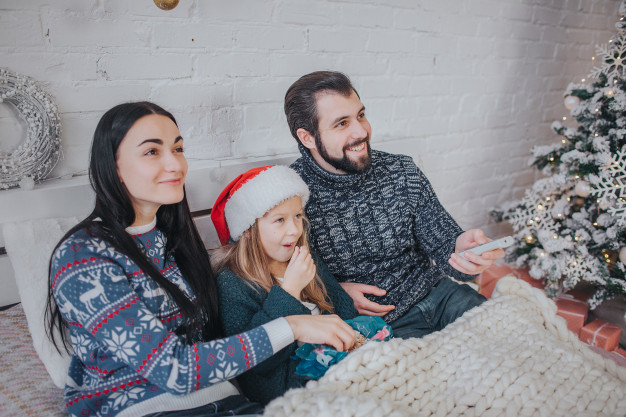 This is not a normal year. Everything around us has changed because of Covid-19. Instead of enjoying you favorite festive this year, you are more concerned about your safety.

However, there is something you can do from the safety and comfort of your home. Here are 20 must watch Christmas movies of all time to watch on Amazon Prime right now.

George Bailey has spent his entire life giving of himself to the people of Bedford Falls. He has always longed to travel but never had the opportunity in order to prevent rich skinflint Mr. Potter from taking over the entire town.

All that prevents him from doing so is George’s modest building and loan company, which was founded by his generous father.

2. Tim Burton’s The Nightmare Before Christmas

The film follows the misadventures of Jack Skellington, Halloweentown’s beloved pumpkin king, who has become bored with the same annual routine of frightening people in the “real world.”

When Jack accidentally stumbles on Christmastown, all bright colors and warm spirits, he gets a new lease on life — he plots to bring Christmas under his control by kidnapping Santa Claus and taking over the role.

But Jack soon discovers even the best-laid plans of mice and skeleton men can go seriously awry.

When bratty 8-year-old Kevin McCallister (Macaulay Culkin) acts out the night before a family trip to Paris, his mother (Catherine O’Hara) makes him sleep in the attic.

After the McCallisters mistakenly leave for the airport without Kevin, he awakens to an empty house and assumes his wish to have no family has come true.

But his excitement sours when he realizes that two con men (Joe Pesci, Daniel Stern) plan to rob the McCallister residence, and that he alone must protect the family home.

Hobbs, on Santa’s naughty list for being a heartless jerk, had no idea that Buddy was even born. Buddy, meanwhile, experiences the delights of New York City (and human culture) as only an elf can.

When Walter’s relationship with Buddy interferes with his job, he is forced to reevaluate his priorities.

The constant comments on single life of 30 year old Johanne and society’s expectations of the perfect family Christmas finally gets to her. Johanne starts a 24 day hunt for a partner to bring home for Christmas.

6. The Most Wonderful Time of the Year

The overwhelming tasks that go along with Christmas have taken the joy out of the holidays for busy single mom Jennifer Cullen. Then her Uncle Ralph arrives at her home with the young, handsome Morgan Derby.

Morgan’s love of Christmas, and life, is contagious and as Jennifer glumly navigates through the holidays, she soon realizes that what she needs most is right under her nose. Stars Henry Winkler, Brooke Burns and Warren Christie.

When Seth unknowingly interrupts Sammi’s quiet holiday getaway at her family cabin, their hearts get more than they bargained for.

A successful CEO meets a Latin American rep Christmas Eve. He thus neglects girlfriend, family and employees and the day magically repeats itself until he gets it right.

9. Home For The Holidays

After losing her job, making out with her soon-to-be former boss, and finding out that her daughter plans to spend Thanksgiving with her boyfriend, Claudia Larson faces spending the holiday with her family.

Willow Creek, Alaska, is going through a depression because the local cannery has shut down putting many of the residents out of work.

Ray and Pete are truck-driving brothers, different as day and night, who are hired by an old friend to bring Christmas presents and one huge surprise from sunny California up to his home town.

Along the way, the brothers and Pete’s son Michael argue and get stuck in a blizzard, but finally reconcile with each other.

Two women troubled with guy-problems swap homes in each other’s countries, where they each meet a local guy and fall in love.

12. Rise Of The Guardians

When an evil spirit known as Pitch lays down the gauntlet to take over the world, the immortal Guardians must join forces for the first time to protect the hopes, beliefs, and imaginations of children all over the world.

This is the story of a young hero boy on Christmas Eve who boards on a powerful magical train that’s headed to the North Pole and Santa Claus’s home.

What unfolds is an adventure which follows a doubting boy, who takes an extraordinary train ride to the North Pole; during this ride, he embarks on a journey of self-discovery which shows him that the wonder of life never fades for those who believe.

When a nice old man who claims to be Santa Claus is institutionalized as insane, a young lawyer decides to defend him by arguing in court that he is the real thing.

An animated retelling of Charles Dickens’ classic novel about a Victorian-era miser taken on a journey of self-redemption, courtesy of several mysterious Christmas apparitions.

16. The Man Who Invented Christmas

The journey that led to Charles Dickens’ creation of “A Christmas Carol,” a timeless tale that would redefine Christmas.

17. While You Were Sleeping

Nursing a secret and hopeless crush on the handsome commuter who passes her booth every day, the charming loner and Chicago “L” ticket seller, Lucy, is about to have a second chance at love.

During one seemingly ordinary Christmas shift, Lucy witnesses the object of her desire falling off the platform, and in one of those spur-of-the-moment decisions, she saves him from certain death, only to be mistaken for his fiancée at the hospital.

Follows the lives of eight very different couples in dealing with their love lives in various loosely interrelated tales all set during a frantic month before Christmas in London, England.

Walter Meyer (Danny Glover) is a retired mechanic who lost the love of his life almost a year ago.

For the holidays, he invites his now grown children and their families to his house (where they all grew up) for a traditional celebration.

Walter soon realizes that if his bickering children and the rest of the family can spend five days together under the same roof, it will truly be a Christmas miracle.

Kate is a young woman subscribed to bad decisions. Working as an elf in a year round Christmas store is not good for the wannabe singer. However, she meets Tom there. Her life takes a new turn. For Kate, it seems too good to be true.