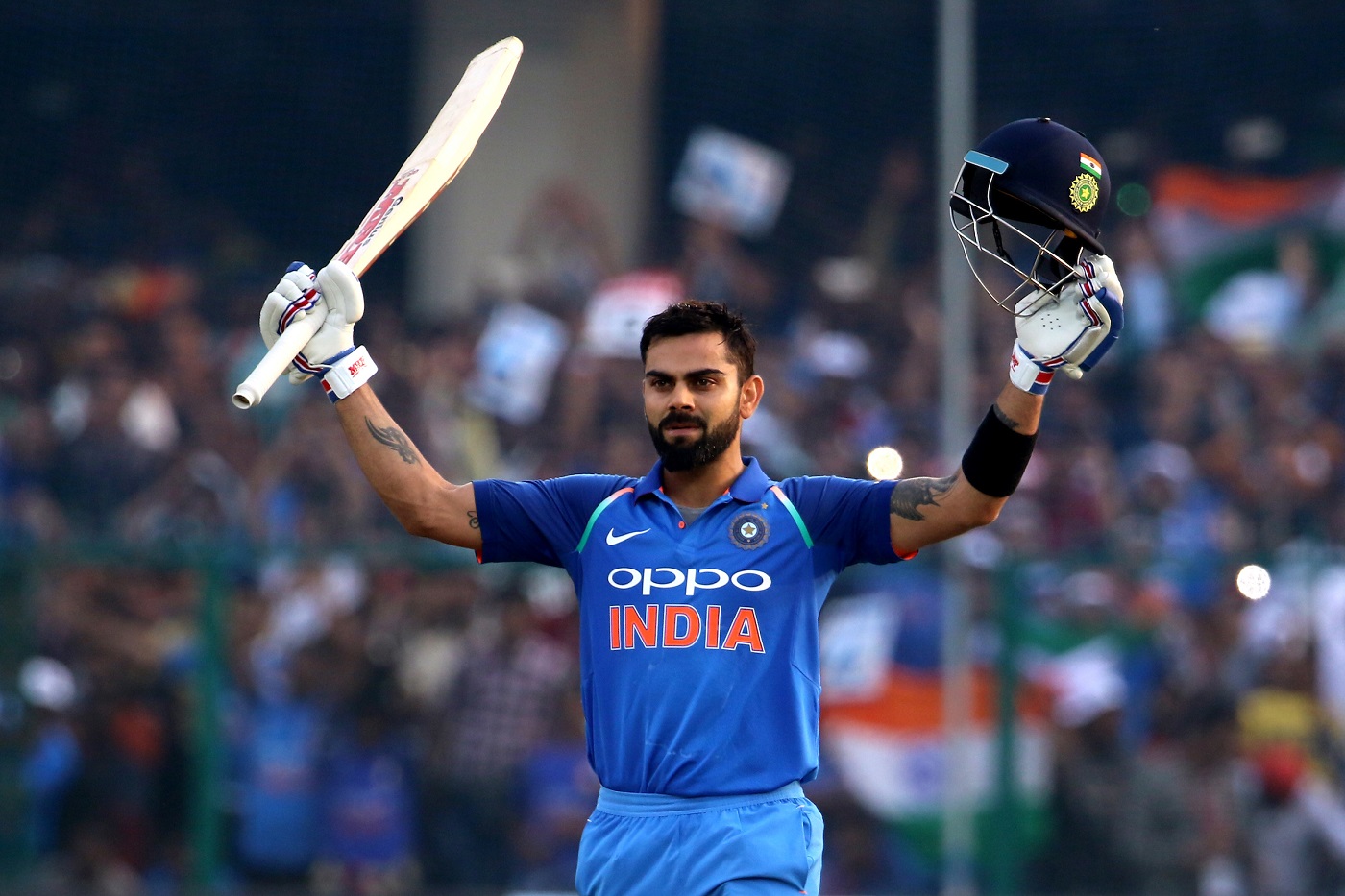 The year 2018 has been pretty good for Indian cricket team captain Virat Kohli. Apart from smashing some records last year he has managed to do so what no player has been able to do so far. Virat has bagged the prestigious Sir Garfield Sobers Trophy for ICC Cricketer of the Year, as well as the ICC Men’s Test Player of the Year and the ICC ODI Player of the Year awards. This historic moment gives immense pride to the nation and the team too.

For his last year’s performance in International cricket, the captain also has been named as the captain of ICC’s test and one-day cricket team. His scorecard has been pretty impressive and he amassed 1322 runs in a total of 13 test cricket matches. This includes five hundred and raises his average to 55.08 a pretty good figure.

India’s superstar @imvKohli wins a hat-trick of prizes in the 2018 #ICCAwards!

In comparison, his one day average cannot be overlooked either. He played 14 ODI’s in which he made 1202 runs which include six centuries. This if considered in average terms is a startling 133.55 which is difficult for anyone to beat. Last year also Kohli won Sir Garfield Trophy and ICC ODI Player of the Year awards a feather in his cap. 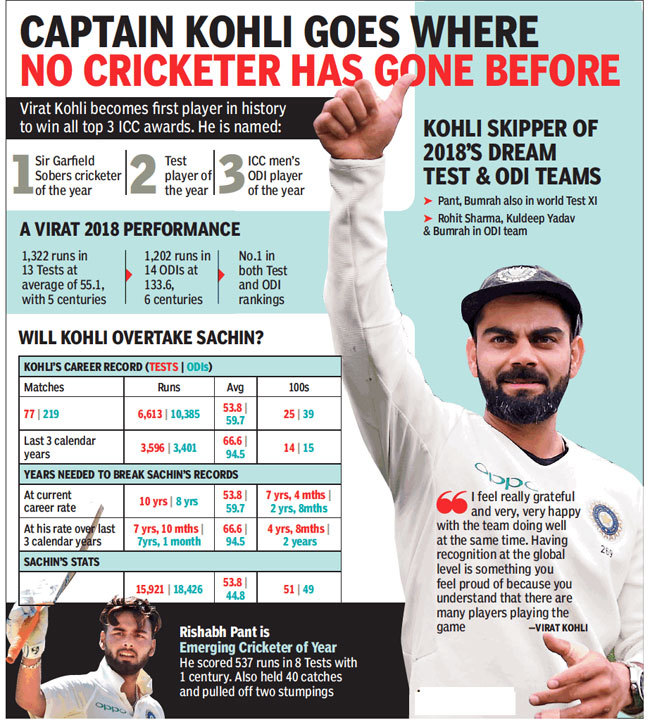 Whereas in the year 2012 he was adjudged ICC ODI Player of the Year. An overjoyed Virat said that he was amazed at the win and expressed his gratitude that this honor was bestowed on him despite such stiff competition. He also considered these awards as a motivation for him to keep performing to the best of his ability.

The special player got the special treatment from the cricket fraternity and fans.

Really delighted to know that @imVkohli has taken home all of the top honours at the #ICCAwards2018! Many congratulations to you!

Virat Kohli will remember 2018 for a long time. To win three ICC awards (Best ODI player, best test player and Cricketer of the Year) is very special. Watching him bat in 2018 was heartwarming.

It’s Virat Kohli’s world, we are just living in it….

Seems that Virat Kohli has hacked the EVM of ICC awards😜😂.