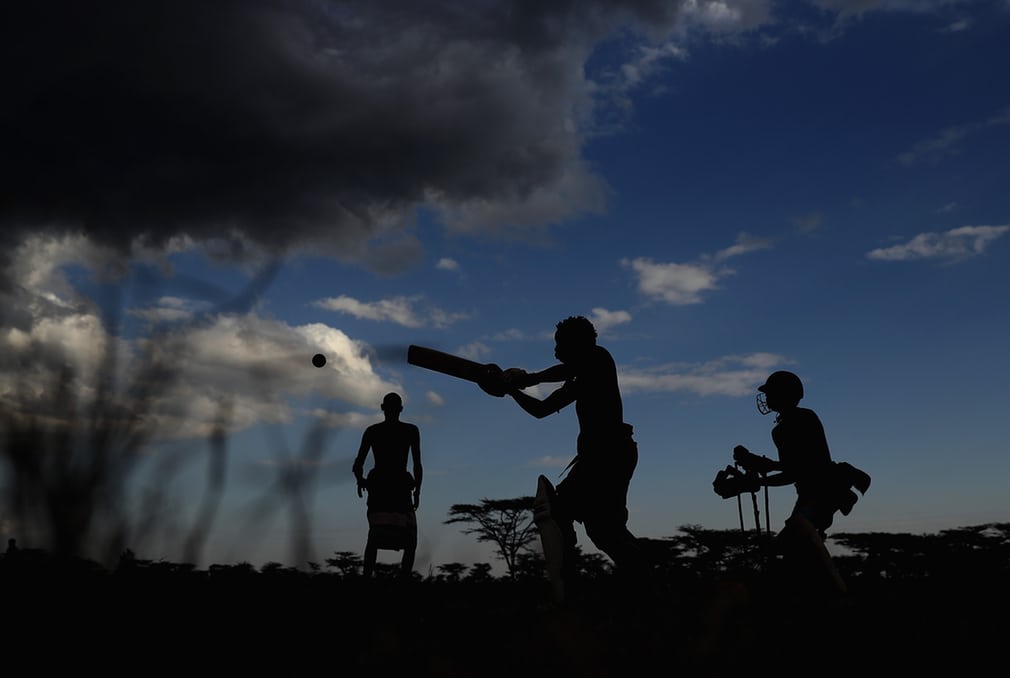 Cricket can be an engaging game but it is tough to keep yourself updated with all that is happening. Sometimes you want to watch the game but being on the move it is quite impossible to grab some popcorn and sit on the couch and watch the exciting match.

On such occasions, you can always access the happenings of the match on websites. We are bringing for you a list of the 10 Best Sites to Watch Cricket Live Streaming and Scores.

Here you can not only get updates on the score you can even watch the live streaming of the match. Plus interesting trivia and interviews of the players and you know how to satisfy the cricket buff in you.

“Fubotv is great if you are a diehard sports fan. I can’t get Spanish soccer easily in the US, and this lets me stream the LA LIGA matches live, plus a bunch more stuff, sports and normal movies and tv shows too”

If you’re a sports fan and want to cut the cord, fuboTV is worth a look for its wide variety of sports programming as well as its other entertainment channels.

Hotstar is a video entertainment platform that offers TV series, Hindi movies, and sports for free. The site has most of the latest movies and shows available for streaming but download permissions are limited to certain movies.

“If you’re a fan of Tamil movies, Hotstar is definitely you’re go-to place where you are going to want to have bookmarked. I’ve used Hotstar to catch up on my favorite Indian movies. The streaming service isn’t perfect, and you can’t download everything, but you won’t find a better free site for playing Tamil movies.”

Willow TV owned by The Times Group is an American Sports channel and the leading broadcaster of live 24×7 cricket in the United States and Canada. This streaming service features cricket action live stream.
Watch all the top tier cricket from around the world in High Definition on the Willow Channel, now available from your local Television provider in the USA.

Willow is the only 24×7 live cricket channel in the USA, with several hundred days of live cricket covered annually. Willow has exclusive agreements to be the official broadcaster of The International Cricket Council (ICC), The Board of Control for Cricket in India (BCCI), The Cricket Australia, Cricket South Africa, West Indies Cricket Board, Sri Lanka Cricket, Bangladesh Cricket Board, Pakistan Cricket Board, Zimbabwe Cricket and others.

The channel is available on most Satellite and Cable Networks for a simple monthly subscription fee or as part of Sports Packages or South Asian packages.

“This is really a reliable site for me to catch on the cricket games of my favorite teams. I’m quite surprised this service is just for free….”

If signing up for Sling ain’t your thing, Willow offers a premium subscription service that lets you watch on multiple devices for a low price. You’ll get your live Willow stream, highlights, replays, an interactive scoreboard, and even interactive commentary. Simply go to the main page of Willow.tv, click the orange “subscribe now” button, and fill out the payment info. The subscription comes with free access to gaana+, a streaming service like Spotify for the Indian music industry. If you’re already subscribed to Sling TV, your login information will work to let you access Willow content.

WatchESPN (formerly ESPN Networks) is an Internet television website and mobile application operated by ESPN Inc., a joint venture between The Walt Disney Company (which operates the network, through its 80% controlling ownership interest) and the Hearst Communications (which holds the remaining 20% interest).

The service provides streaming simulcasts of ESPN, ESPN2, ESPNU, ESPNews, ESPN Deportes, Longhorn Network, SEC Network, ESPN Goal Line and ESPN Buzzer Beater for select cable television subscribers in the United States; it is also the exclusive platform for broadcasts from ESPN3, which until 2011, had operated as a separate website with a similar functionality to WatchESPN. The service is only available to subscribers of participating cable, IPTV and satellite television providers, and is not offered as a standalone internet-only subscription service available to those who do not have a pay television subscription.

I’m a huge basketball and football fan, and I usually have a wonky work schedule, so I love this app so I can watch games from my phone while I’m working. It’s cool that it has all of the ESPN channels and games when they’re on ABC. It’s a little glitchy and freezes up from time to time, but it’s not as bad as some other streaming apps.

One negative is the restriction on some football games, where I’m not able to stream from the WatchESPN app because I have an iPhone. I don’t know why but they have some sort of restriction for iPhone users for some of the NFL games and it just gives me an error.

That’s usually not an issue for me since I also have the NFL Mobile app and I can watch games from there, but it could be a problem for other iPhone users. You also have to have a cable subscription to stream anything on the app, but if you have cable it’s easy to log in and watch games. Overall it’s a really useful app to watch games on the go.

“So far my favorite cricket team is winning. I stay tune on their progress thru this website so that I know how much to bet on them….”

Crictime is an online streaming service where users can watch cricket games online for free. This website also features cricket game schedules, results, scorecards, ICC rankings, and so on.

I would recommend Crictime.com to anyone who’s looking for a good live game streaming service. It’s got a good set of reliable links for every single game. Multiple servers too. You can also see the schedule and rankings of games in the league.”

Cricline is the premier indoor hitting practice/training facility in noida. We bring you an exciting way of facing one of the world’s best bowling machines. It’s as good as batting against you favourite bowlers from around the world,
this is a great recreational getaway for kids or the casual players looking to tune up their game, or just have some fun.

Want to see how your cricket team is doing but not near a TV or a computer? That’s not a problem, you can stream matches and live updates to your phone so you can get scores and keep up with your favorite team anywhere you go.

I usually watch IPL matches form 2008 only on Set max because they r the primary hosters of the IPL tournament and I liked it because the host the match with English commentary which was common and universal.

But then in 2015 IPL I watched the Matches on Set max and found that the commentary was Changed to Hindi. Thou I knew Hindi Very Well, but there are some channels which I always like the watch the original version and not the dubbed version. Thou the Set max commentary was in Hindi, yes they really do the commentary separately in Hindi commentary box and relay it live on the Match. But u never get the Excitement of the Watching in the match in English becoz that has been happening for yrs together.

But then came was the Sony Six. Thou the Sony Six came out in 2012, I only was able to get the reception of the Channel in 2015 and now I watch The Live IPL Matches with English Commentary here on this Channel. Well Actually both Sony six and Set max relay live IPL on thier channel with no Delay in Telecasting.

Also, The sony six also shows the full highlight/replay of the IPL matches, so that if some one has missed the match the day before, gets to watch the match again the next day. This is becoz Sony six is a Full Sports Channel.

CricBuzz is a sports news website and app covering the game of cricket exclusively. The site features news, articles, live coverage of cricket matches, player rankings and team rankings. The website also offers many mobile apps. CricBuzz is also the largest mobile app for cricket news and scores in India.

Hell, friends,s I am going to review about cribuzz.com which is also available in the form of app in android mobiles.it is an app for cricket update I am using it from when I started watching cricket. and this app provides accurate information.

You can find any information related to cricket Service which is provided by the app is awesome you will be happy when you will use it.

You will get correct information and detail about any thing related to cricket like from when series is going to start or any other information.there is a special option also voice info if you will click on it then there is no need to read the information it will be ready for you and you have to listen only.

Easily find video streams from around the world, on every topic and in every language. Recommend videos and let your friends know what you’re watching with just one click.

“Where I live, there isn’t any cricket games that are televised. If I want to watch, I have to do it online. Mobdro is free and airs more cricket games than any other app I’ve found so far.”