TripAdvisor has ranked this amusement park as the world’s best for the fifth consecutive year. Disney’s World’s Magic Kingdom comes second, whose popular attractions include the Pirates of the Caribbean ride, Space Mountain and the Seven Dwarfs Mine Train.

Prepare for a place where super heroes, beasts, and magical creatures stand before you. You’re entering lands where everything is real.

Explore a secret school of witchcraft and wizardry. Fly high above the city streets with a famous web slinger. Hide from hungry dinosaurs and hope you’re not their next meal. And you can face the most colossal ape ever to walk the earth. Let the adventures begin. 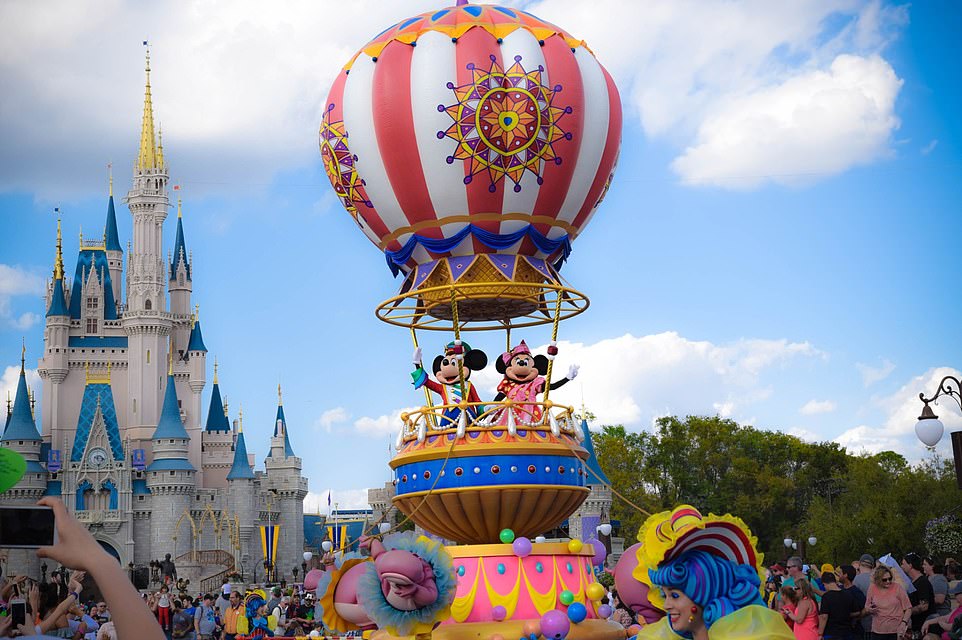 The first of the 4 theme parks to open at Walt Disney World Resort, Magic Kingdom park captures the enchantment of fairy tales with exciting entertainment, classic attractions, beloved Disney Characters and so much more. 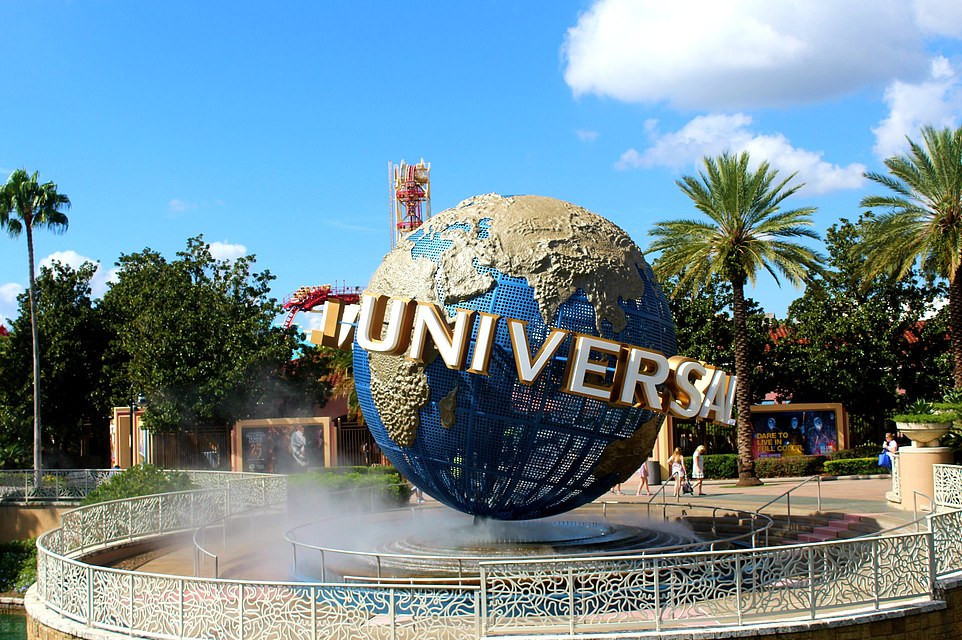 You’re the star here and you’ll disappear into one jaw-dropping adventure after another. Dodge evil villains. Defend the earth. Face a fire-breathing dragon.

Wander into animated worlds where characters you love are suddenly right beside you. Go beyond the screen, behind the scenes and jump into the action of your favorite films at the world’s premier movie and TV based theme park. 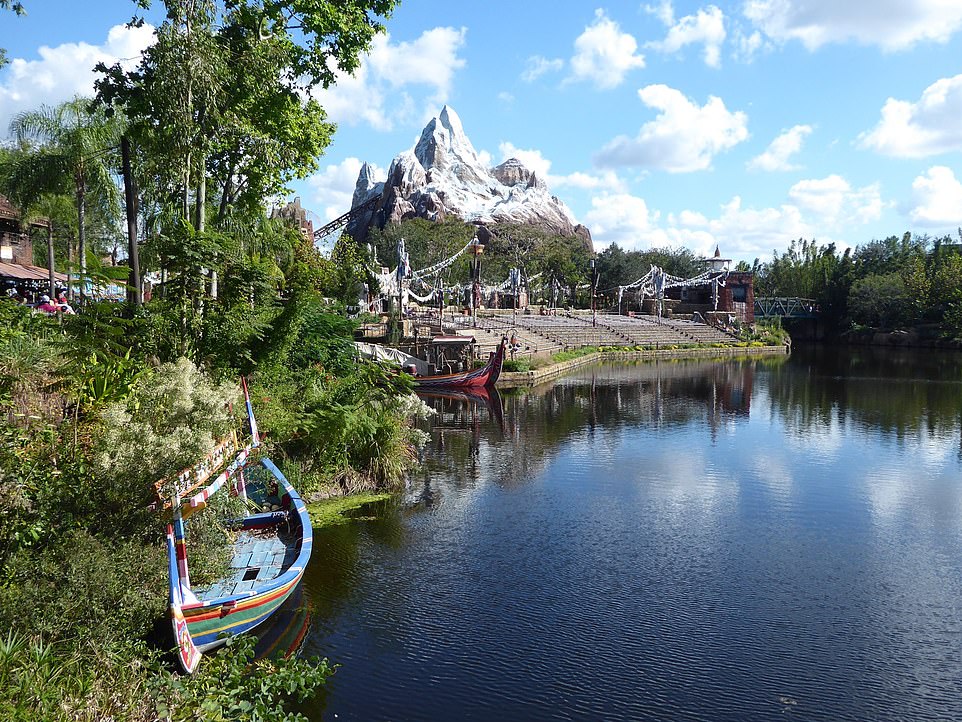 The largest of the 4 theme parks at Walt Disney World Resort, Disney’s Animal Kingdom park is filled with attractions, adventures and entertainment that reflect Walt Disney’s dedication to nature and conservation.

The park leads the way in animal care, education and research—for an enchanting experience that blends learning with family fun.

Home to more than 1,700 animals from 250 species and sprawling across 500 acres of lush landscape, Disney’s Animal Kingdom park is the biggest animal-themed park in the world! 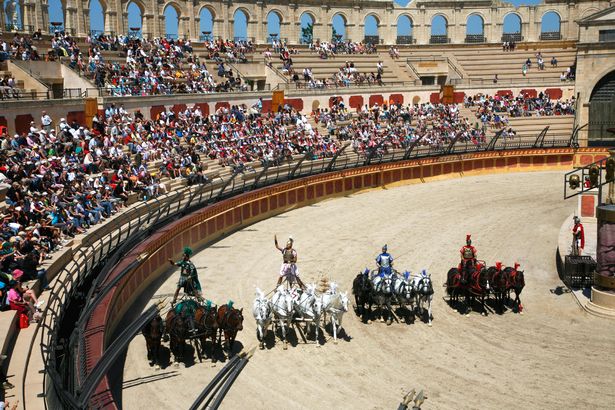 The Puy du Fou features a multitude of spectacular shows, adventures for the whole family and new astonishments every year.

Experience different centuries surrounded by unspoilt countryside and an even more exciting time staying in one of the Puy du Fou’s four original hotels. At the Puy du Fou, history is waiting for you!

Get ready for the ultimate Hollywood experience! Find a full day of action-packed entertainment all in one place: thrilling theme park rides and shows, a real working movie studio, and Los Angeles’ best shops, restaurants and cinemas at CityWalk.

Universal Studios Hollywood is a unique experience that’s fun for the whole family. Explore Universal Studios backlot on the legendary Studio Tour.  Then face the action head-on in heart-pounding rides, shows and attractions that put you inside some of the world’s biggest movies.

End your day with the energy and excitement of Universal CityWalk. All this and much more. Only at Universal Studios Hollywood, The Entertainment Capital of L.A.

From mid-April to mid-September, a world-class amusement park comes to life in the center of Copenhagen. More than two dozen rides await you, in addition, to live entertainment and more than 30 eateries. 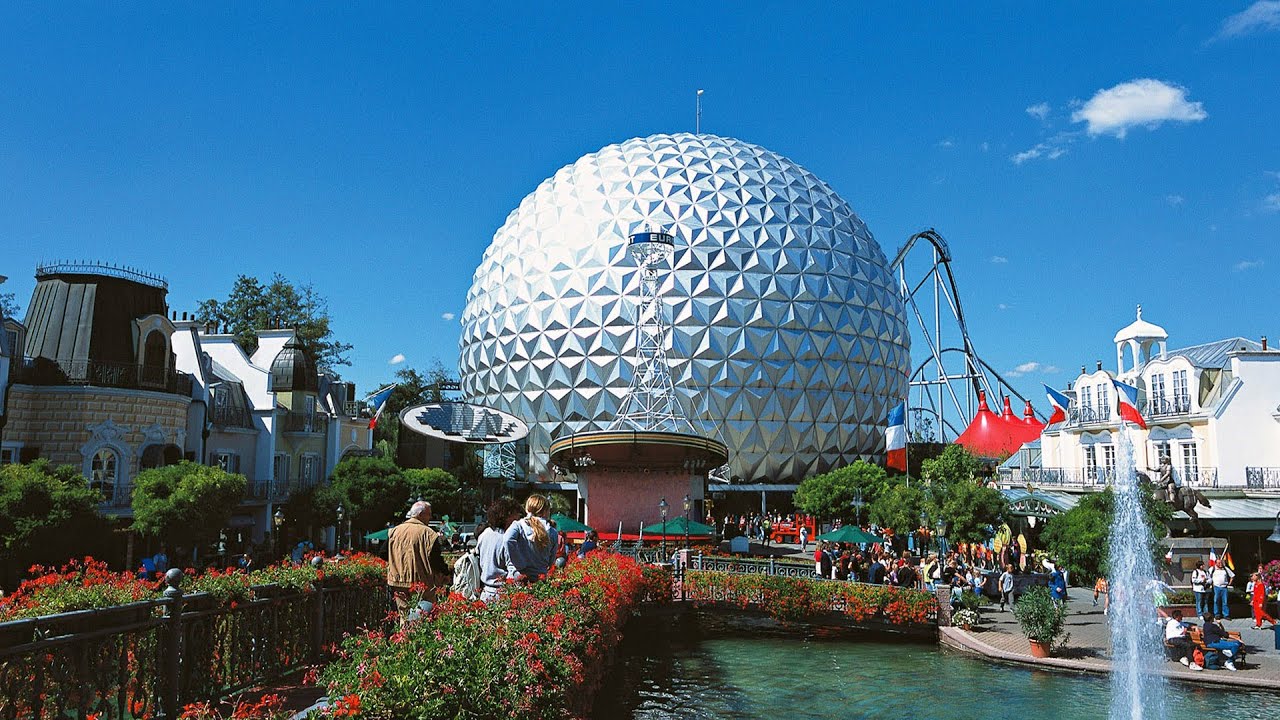 In the heart of Europe, between the Black Forest and the Vosges, lies one of the world’s most beautiful theme parks – Europa-Park. More than 5,5 million people from all over the world visit the park each season to enjoy the excitement offered by more than one hundred attractions and shows.

The innovative European theme concept; one of the largest hotel resorts in Europe; the various decorations for each season; and the large number of diverse and colorful events make Europa-Park a one-of-a-kind getaway destination all year long. The Island in Pigeon Forge is a 23-acre entertainment destination offering families affordable fun, both night and day. As one of the newest, most unique shopping, dining and entertainment complexes in Pigeon Forge, The Island offers fun for all ages and occasions, whether you’re on a family vacation, a day trip with friends or your honeymoon.

Showcased by The Great Smoky Mountain Wheel, a 200-foot-high observation wheel, and a multi-million dollar show fountain programed to perform to light and sound, The Island in Pigeon Forge is a must-stop on your next trip to East Tennessee! 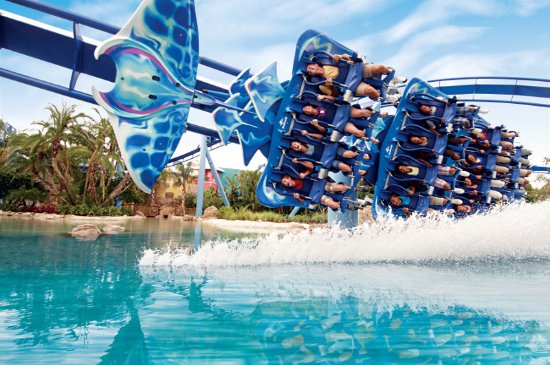 Immerse yourself in wonder at SeaWorld Orlando, where the aquatic world comes alive. Only here can you experience Orlando’s new tallest, fastest and longest roller coaster, Mako, named for one of the ocean’s fastest known sharks.

Then, see the world through the eyes of a penguin in the thrilling, chilling adventure of Antarctica: Empire of the Penguin, and laugh to the all-new Clyde & Seamore’s Sea Lion High show.

Here you can also climb aboard and ride the mighty Manta, experience the power and grace of killer whales in the awe-inspiring Shamu show One Ocean, and share an epic voyage with sea turtles on the 3D 360 TurtleTrek. 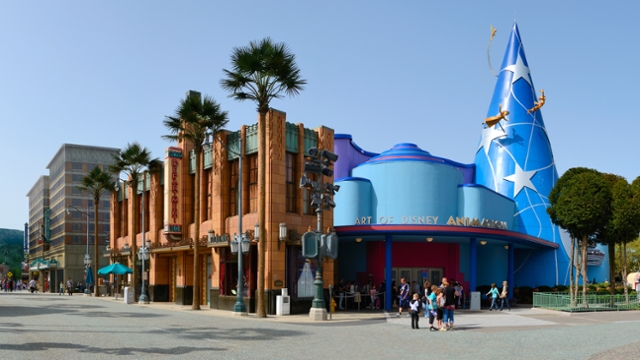 Although this Disney theme park, originally named Euro-Disney, was met with protest following its opening in 1992, Disneyland Paris is now frequented by large crowds drawn by technologically advanced rides and attractions. Welcome to the place where imagination is the destination. For young and old, big and small — it’s the happiest place on earth!

Come build memories with your family that last a lifetime as you discover the wonder of this magical, fantastical world.

When you enter the lands that comprise Disneyland Park, stories come to life around you, immersing you in tales from some of your favorite Disney films. Dollywood, recognized as one of the world’s best theme parks, is known for its award-winning shows, rides and special events. Each season is celebrated with an outstanding festival, and in 2019, Dollywood opens Wildwood Grove, an impressive new area which features 11 thrilling attractions for families to enjoy.

Entertainers and artists from around the world visit Dollywood each spring during Festival of Nations. Barbeque & Bluegrass carries the park toward summer with mouth-watering meals and free celebrity concerts throughout the park.

Smoky Mountain Christmas during November and December is a must-see with more than five million sparkling lights, and delightful holiday shows, including Christmas in the Smokies, transform the park into a winter wonderland. 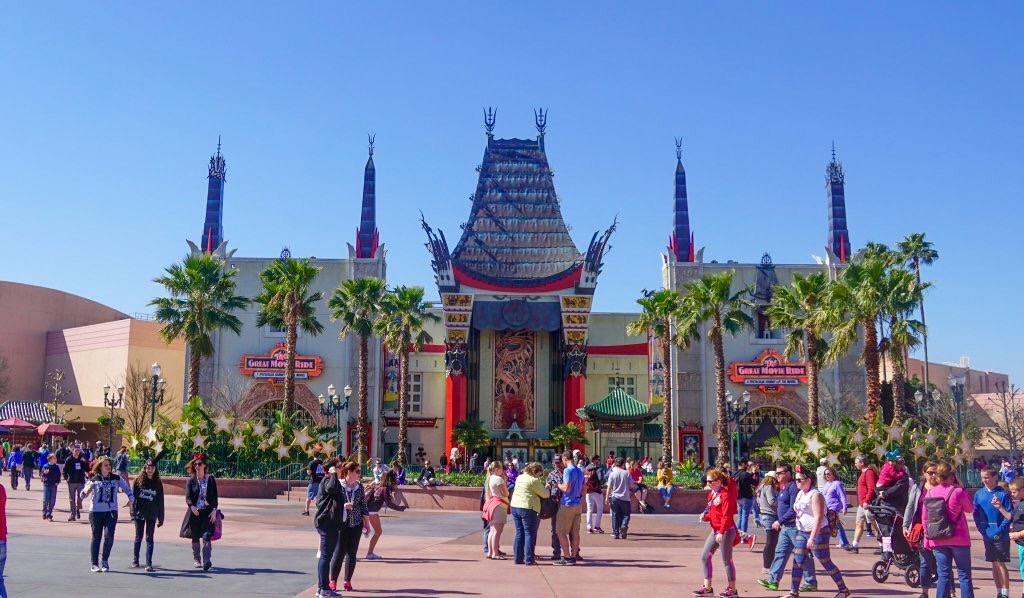 Feel like the star in your own movie as you romp through the streets and sections of the park that blend together like a large, bustling movie set.

Immerse yourself in the glitz and glamour of the Hollywood heydays from the 1930s and 1940s, captured by the neon, chrome, art deco and modern architecture. Step into the action with exhilarating attractions and experiences inspired by television and silver screen favorites.

Go center stage and into the spotlight with the American Idol Experience, stunt shows and more. Collect autographs and pose for photos at special events or at Character greeting locations. 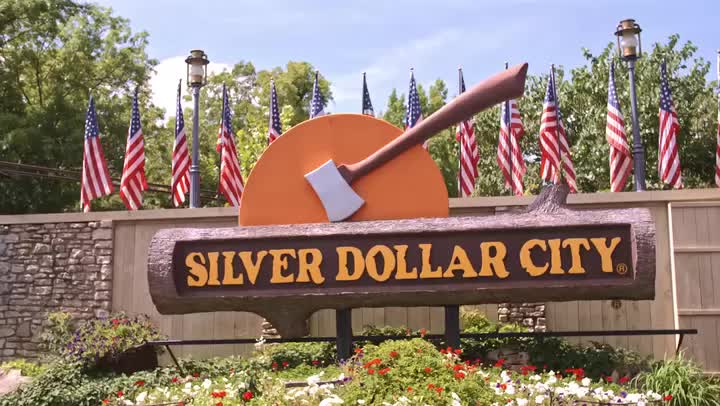 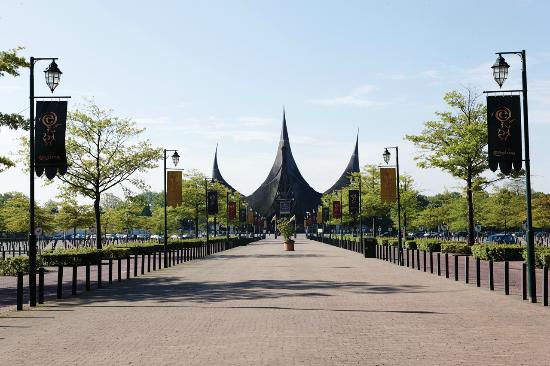 Discover Holland’s hidden gem. Efteling is a unique theme park with a fairytale atmosphere, natural surroundings and a wide range of thrilling and enchanting attractions, making it the ideal family short-break destination! Experience the thrill of the old wooden rollercoaster, but with modern twists, turns and technology, at “California Screamin.” Or enjoy a live performance by your favorite characters at Disney’s newest theme park, featuring a slew of exciting rides and family entertainment. 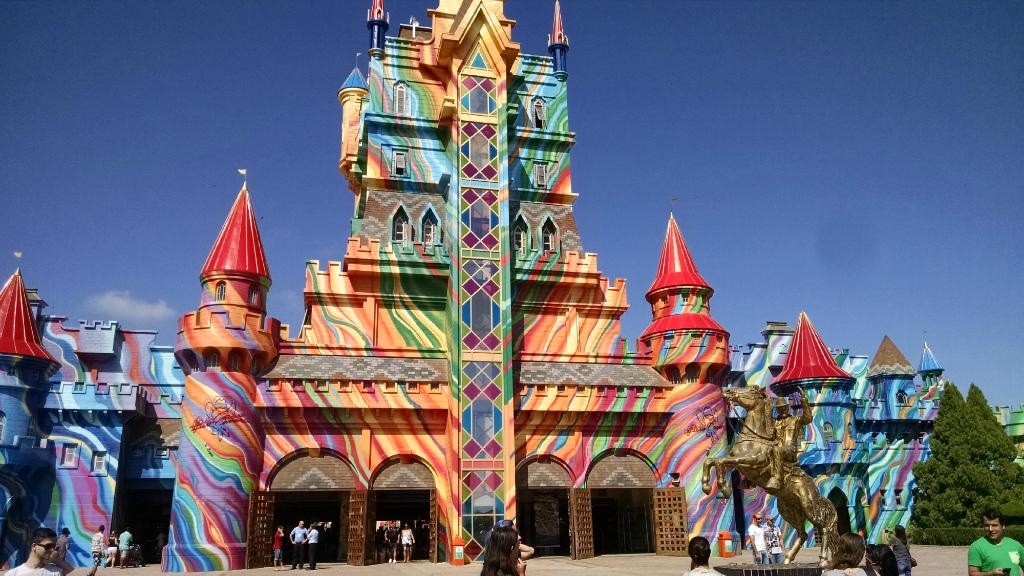 Many high-quality attractions, great shows, a zoo with well taken cared of animals, decent food and a focus on Brazilian traditions in the middle of the traditional amusement park stuff. 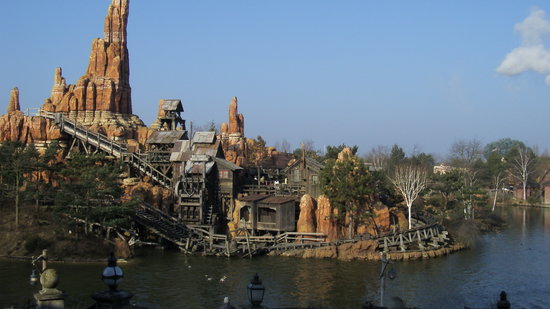 Discover the secrets behind the most magical scenes of Disney film and television at Walt Disney Studios Park. From legendary moments in motion at Toon Studio to the mind-boggling effects of the Backlot, 5 production zones bursting with thrills drop you and your little stars smack bang in the limelight.

Singapore’s only movie-theme park features 24 rides and attractions, including a pair of dueling coasters that brush past one another in several near misses in their aerial combat.

Thrill-seekers can choose between a coaster where they are seated or the other where riders are suspended. Exciting loops, sudden turns, breathtaking drops and thrilling near-collisions will make you scream your heart out.

Dinosaurs, lemurs, ogres and Egyptian mummies add to the thrills and adventures.With 18 attractions created or redesigned for Singapore, Universal Studios Singapore promises an experience that you will not forget. Fun Spot America Kissimmee has 2 unique U.S patented go-kart tracks, 18 Family and Thrill rides. Home to the world’s tallest SkyCoaster standing at 300ft! There is also a large arcade. Check out the Mine Blower roller coaster, the only wooden coaster in Florida with an inversion. 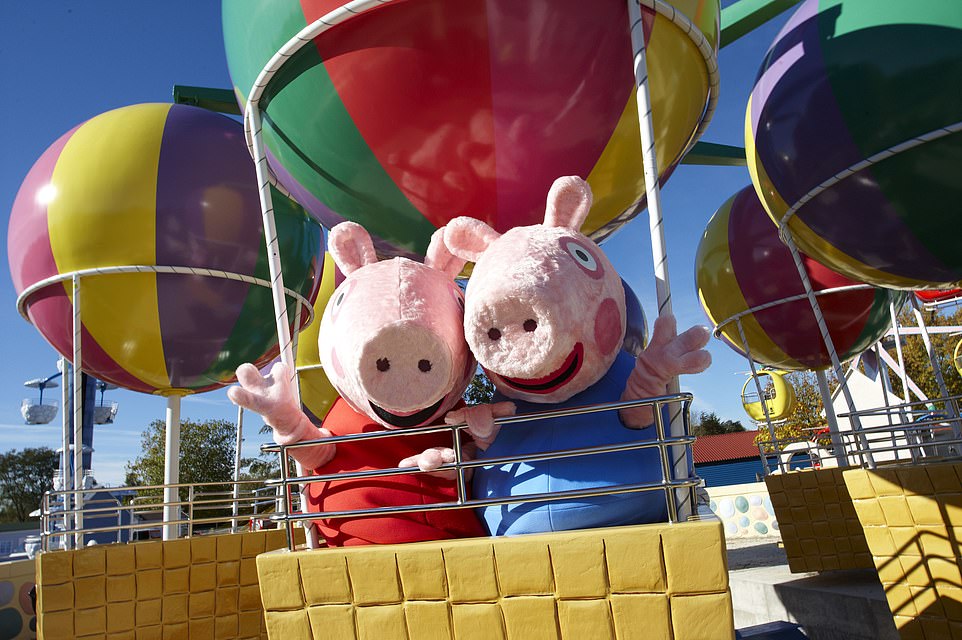 Paultons Park – home of Peppa Pig World is a family theme park located in the New Forest National Park in Hampshire, with over 70 rides and attractions.

Other rides and attractions at Paultons include, the dinosaur theme park Lost Kingdom, the Edge and Cobra roller coasters, the Water Kingdom splash park, adventure golf, a 4D cinema, The Raging River Ride and many smaller rides for young children. 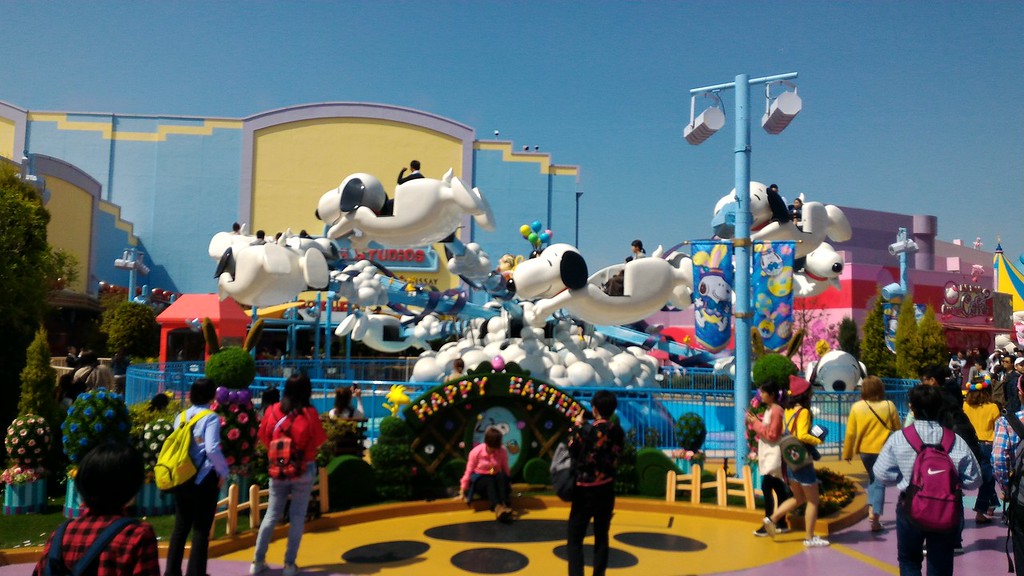 This extremely popular theme park is equivalent to the Universal Studios in Hollywood and Orlando, and features shows, rides and restaurants based on famous movie themes, like Jaws, Back to the Future and Terminator.