Home » Entertainment » Amitabh Bachchan To Receive This Year’s Dadasaheb Phalke Award: 45+ Facts About Big B To Amaze You! 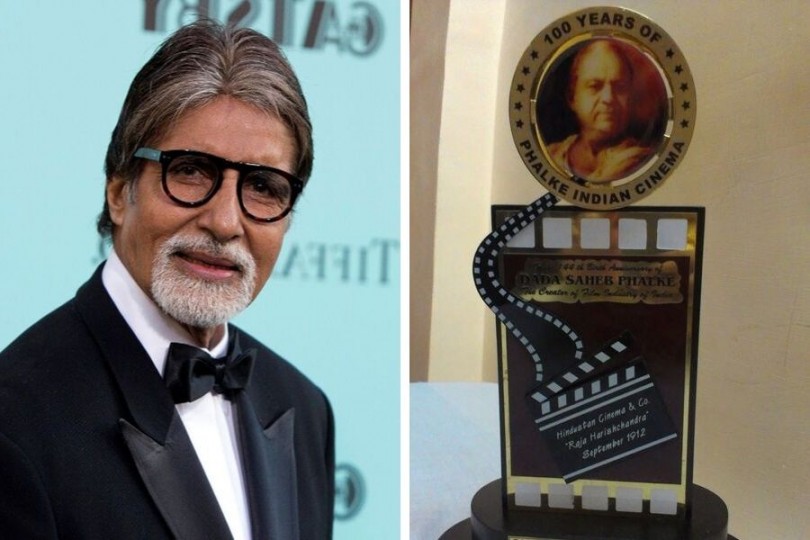 Amitabh Bachchan will receive the prestigious Dadasaheb Phalke Award , the country’s highest film honour, for the year 2018 for his contribution to the Indian film industry. Information and Broadcasting Minister Prakash Javadekar confirmed the news in a Twitter post.

“The legend Amitabh Bachchan who entertained and inspired for 2 generations has been selected unanimously for #DadaSahabPhalke award. The entire country and international community is happy. My heartiest Congratulations to him,” wrote Mr. Javadekar on his Twitter account.

The legend Amitabh Bachchan who entertained and inspired for 2 generations has been selected unanimously for #DadaSahabPhalke award. The entire country and international community is happy. My heartiest Congratulations to him.@narendramodi @SrBachchan pic.twitter.com/obzObHsbLk

The award, very appropriately comes in the year that marks Mr Bachchan’s golden jubilee in cinema, who made his debut in 1969 with Khwaja Ahmad Abbas’ Saat Hindustani.

One of the most influential figures in Indian cinema for the past five decades, Mr Bachchan, with four national awards and fifteen Filmfare trophies behind him, has had a many-splendoured stint in the world of entertainment.

We take a look back at some amazing facts about the most-loved megastar.

1. Legendary actress Nargis worked with Amitabh Bachchan’s mother Teji in Indian Army hospitals during the 1965 war and got him his first foot in the Bollywood door by organising screen tests for him. 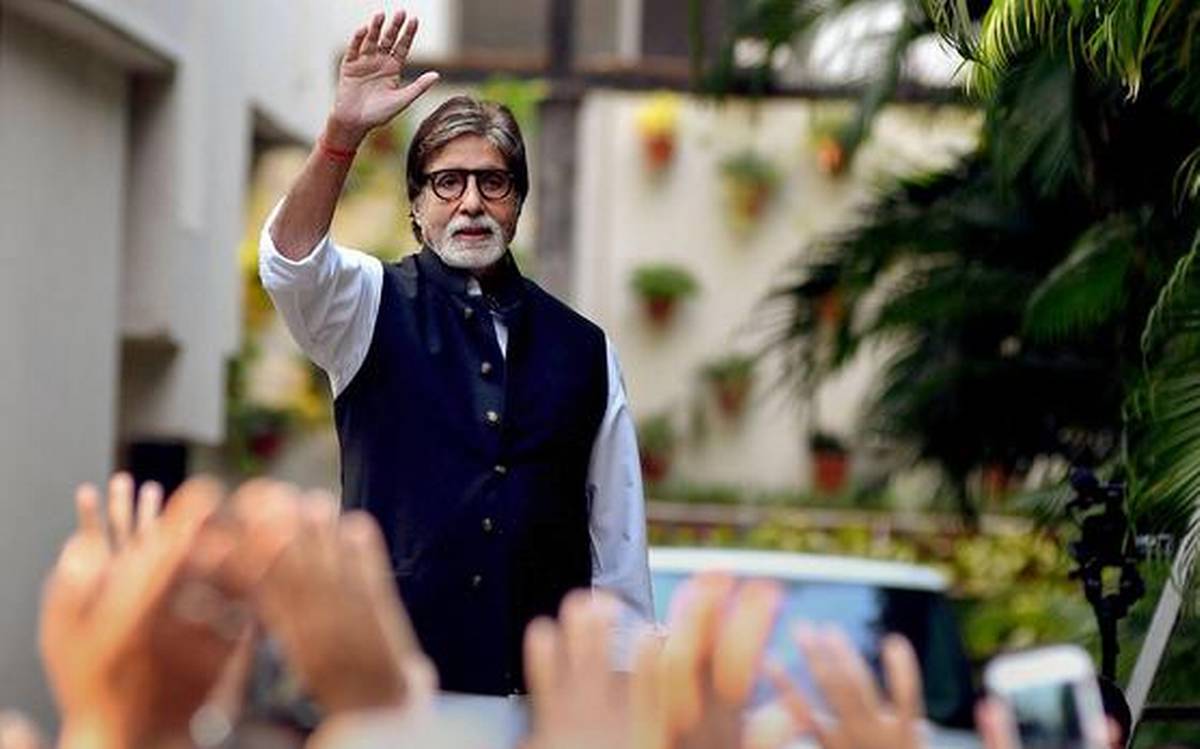 2. To pay the cab fare to commute to movie studios, the young hopeful gave his voice for audio jingles for products such as Horlicks. He’d earn Rs 50 for a jingle.

3. The first professional credit the aspiring actor got was as a voice narrator for Mrinal Sen’s National Award-winning film Bhuvan Shome (1969). His first name was shortened to Amit in the credits.

4. Bachchan appeared as an extra in Bombay Talkie(1970) for one scene, but it was edited out. That movie starred Shashi Kapoor, who would later play second lead to him in a string of super hits. 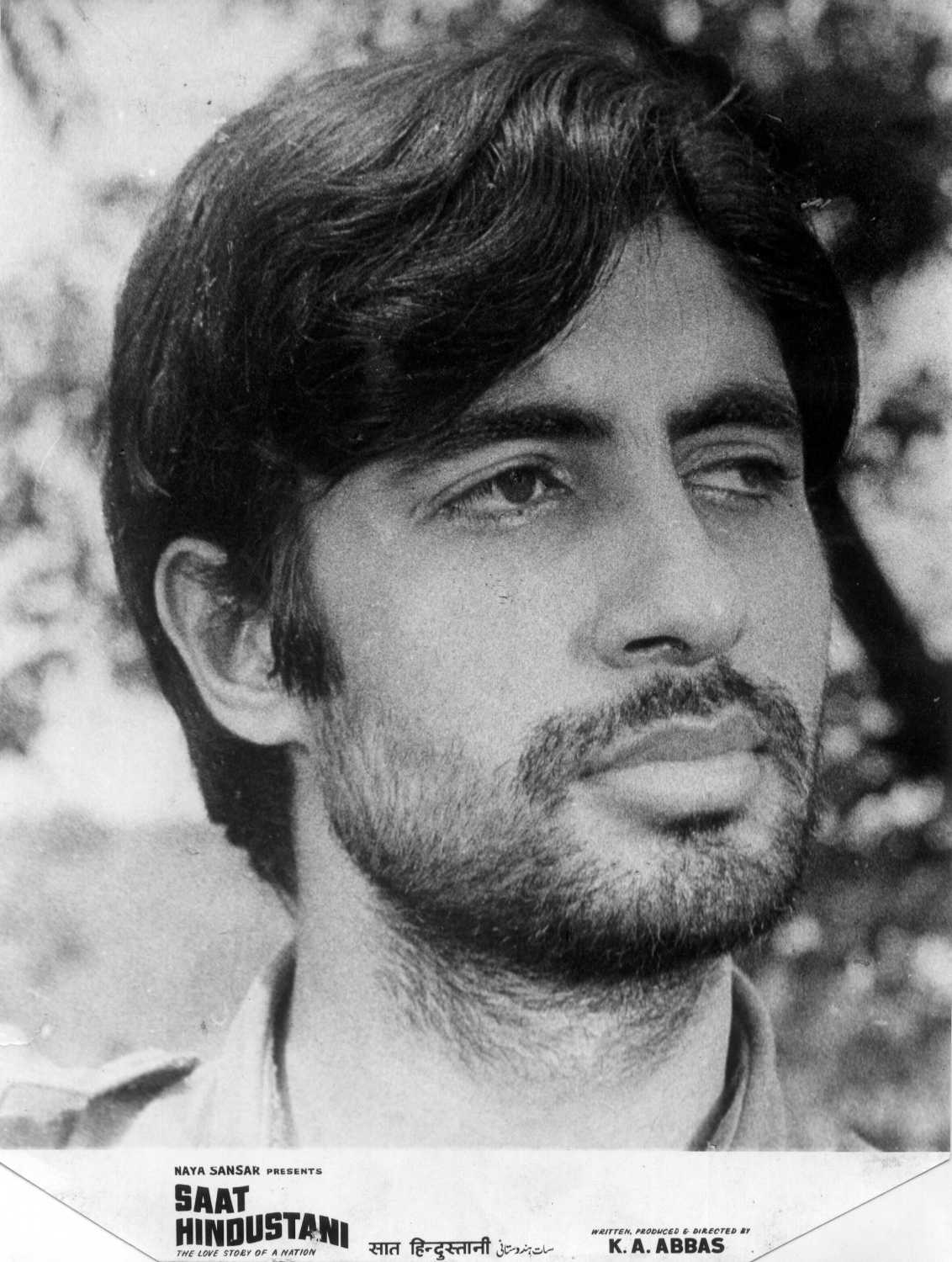 6. The first big support that Bachchan received in the film industry was from legendary comedian Mehmood, who recommended him to movie producers, gave him a place to stay and eventually signed him for his home production Bombay To Goa (1972).

7. Mehmood had mentored him for his breakthrough role in Anand (1971) and advised him to design his performance around lead star Rajesh Khanna, who would be playing a dying man.

8. The basic premise of his movie Namak Haram (1973) was derived from Jean Anouilh’s classic play Becket.

9. Bachchan became famous for his intoxicated scenes, but the first time he played drunk was in Mili (1975).

10. Reshma Aur Shera (1971), which saw the young actor play a supporting role, was selected as India’s entry into the Academy Awards for Best Foreign Language Film for that year, but didn’t get nominated. 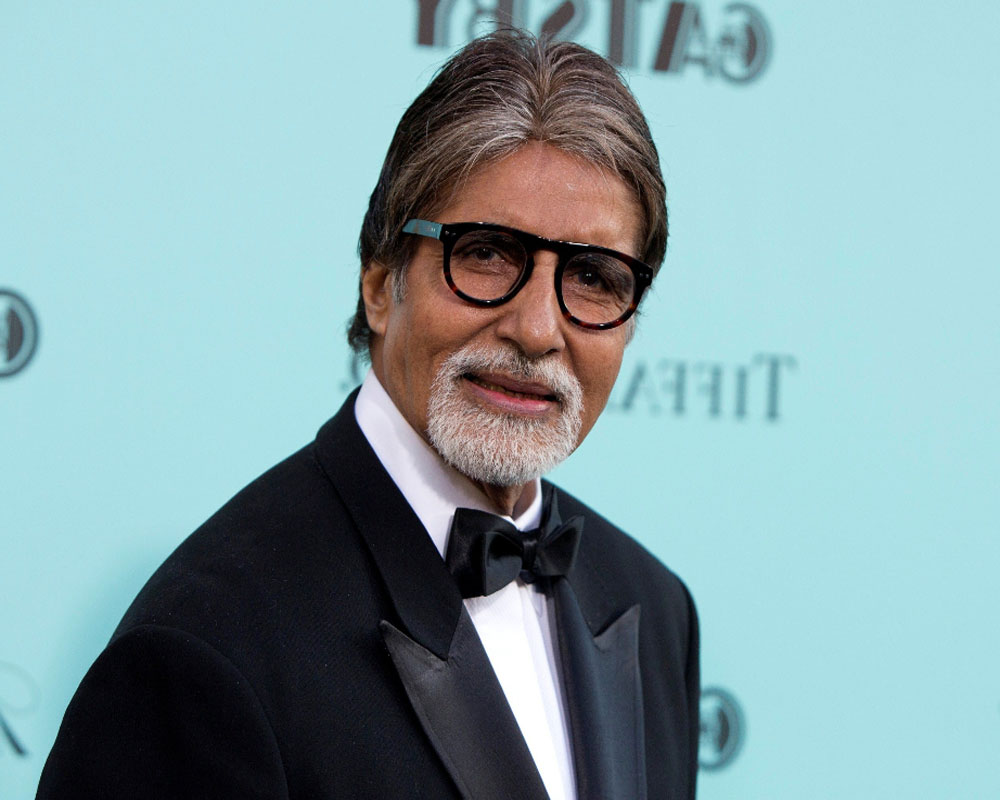 11. The actor was cast as a villain for the first time in Parwana (1971) and the section where he changes his modes of transportation to cover up a crime was later copied in films including Johnny Gaddar (2007).

14. Bachchan was considered for American movie Siddhartha (1972), but the role was given to Shashi Kapoor. It was a lucky escape for an actor who didn’t even like doing kissing scenes because the movie turned out to be sexually explicit.

15. Several stars rejected Zanjeer (1973) and regretted their decisions afterward because, overnight, the film turned Bachchan into a superstar. The movie, which launched his angry young man image, was inspired by spaghetti western Death Rides a Horse (1967) 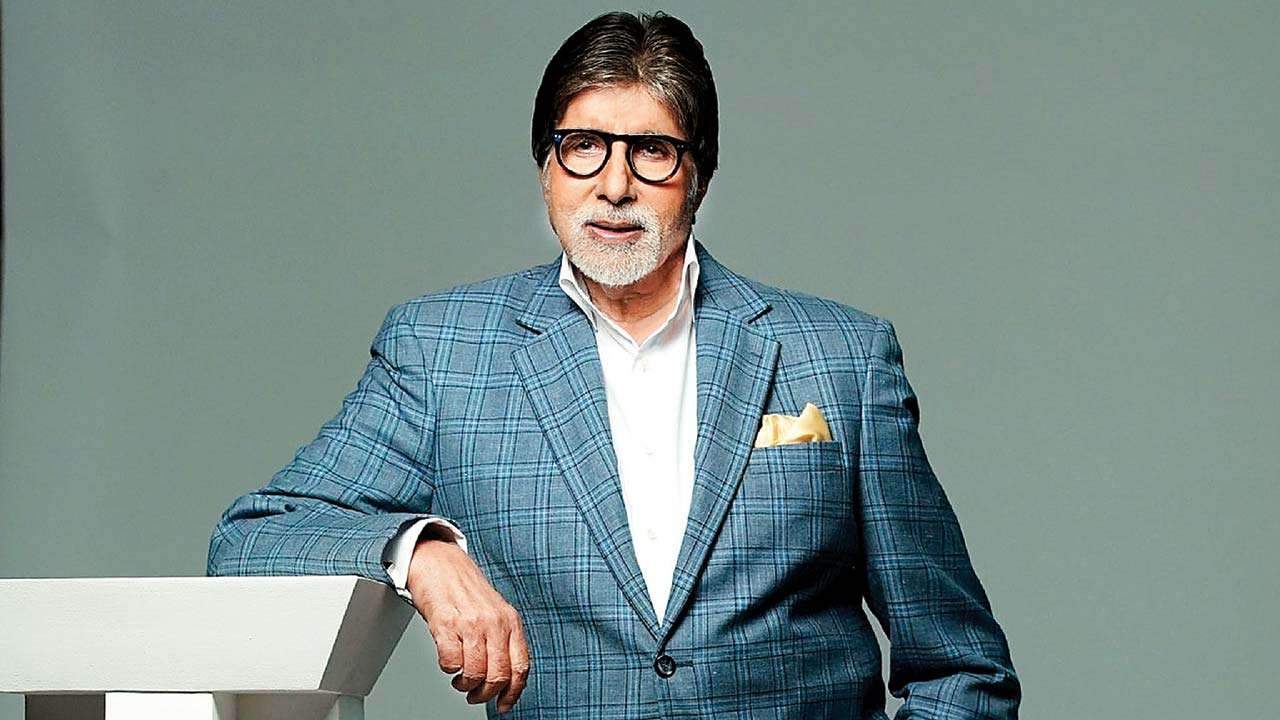 16. Bachchan and his fiancé Jaya Bhaduri made a vow to get married if Zanjeer (1973) became a success. The movie released in May; they married on June 3.

18. Sholay had a slow start at the box office, leading the producers to consider reshooting the climax and making Jai live. They were ready to film again, but the movie was a success and the original ending of his death remained intact.

20. Bachchan rates the screenplay of Deewar as one of the greatest in Indian cinema history and described it as flawless. 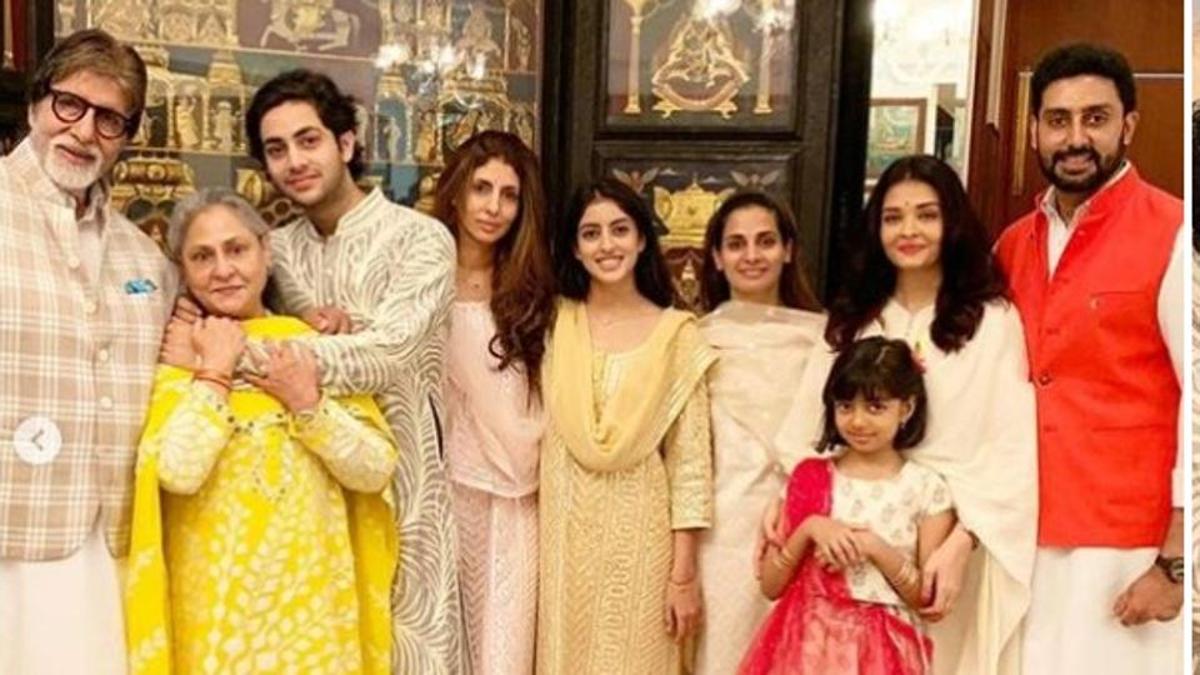 21. Director Satyajit Ray used Bachchan’s voice as a narrator in his 1977 film Shatranj Ke Khiladi. The movie was selected as India’s entry into the Academy Awards for Best Foreign Language Film for that year, but didn’t get nominated.

23. Desai was so impressed with Bachchan’s improvised drunken scene in Amar Akbar Anthony (1977) that he vowed to only work with him thereafter, unless he said no. It became the biggest hit of that year. 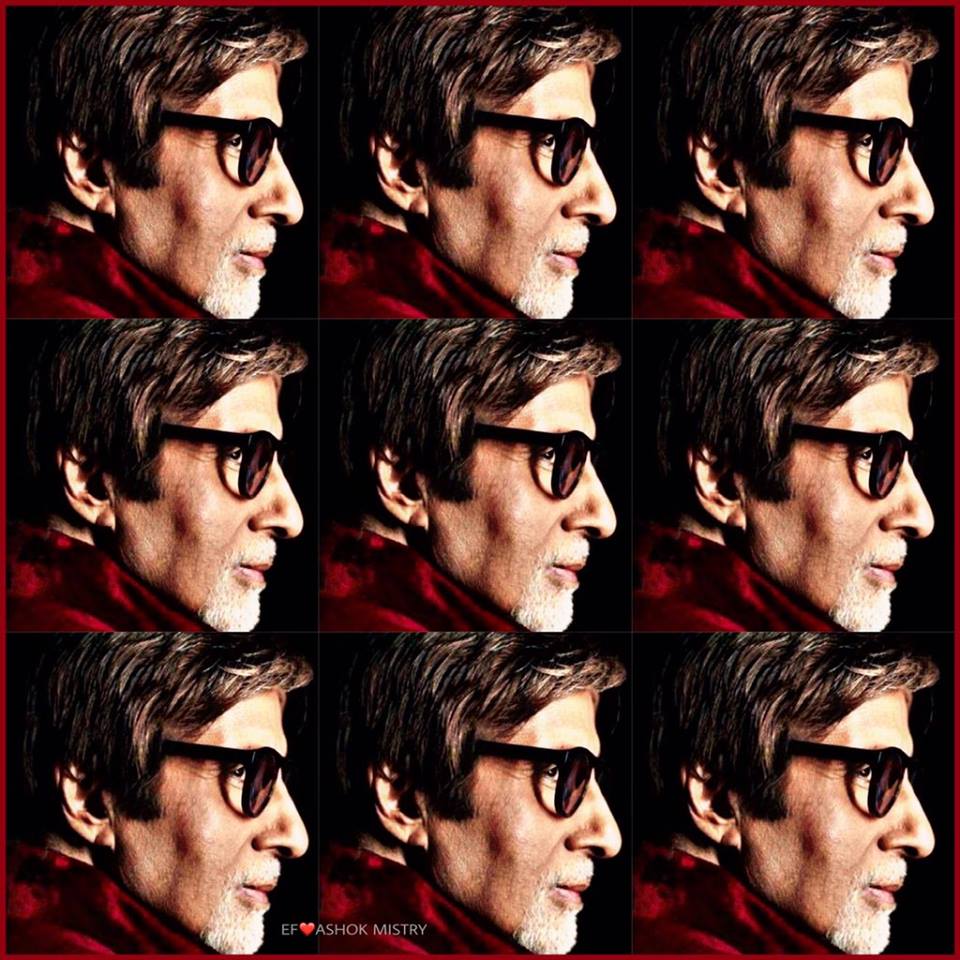 24. Muqaddar Ka Sikandar was actually a clever adaptation of legendary novel Devdas, which has been turned into a movie in its original form many times.

25. The original leading ladies cast opposite Bachchan in Silsila (1981) were Parveen Babi and Smita Patil, but director Yash Chopra changed his mind after the first day of shooting, to cast Jaya Bachchan and Rekha instead. 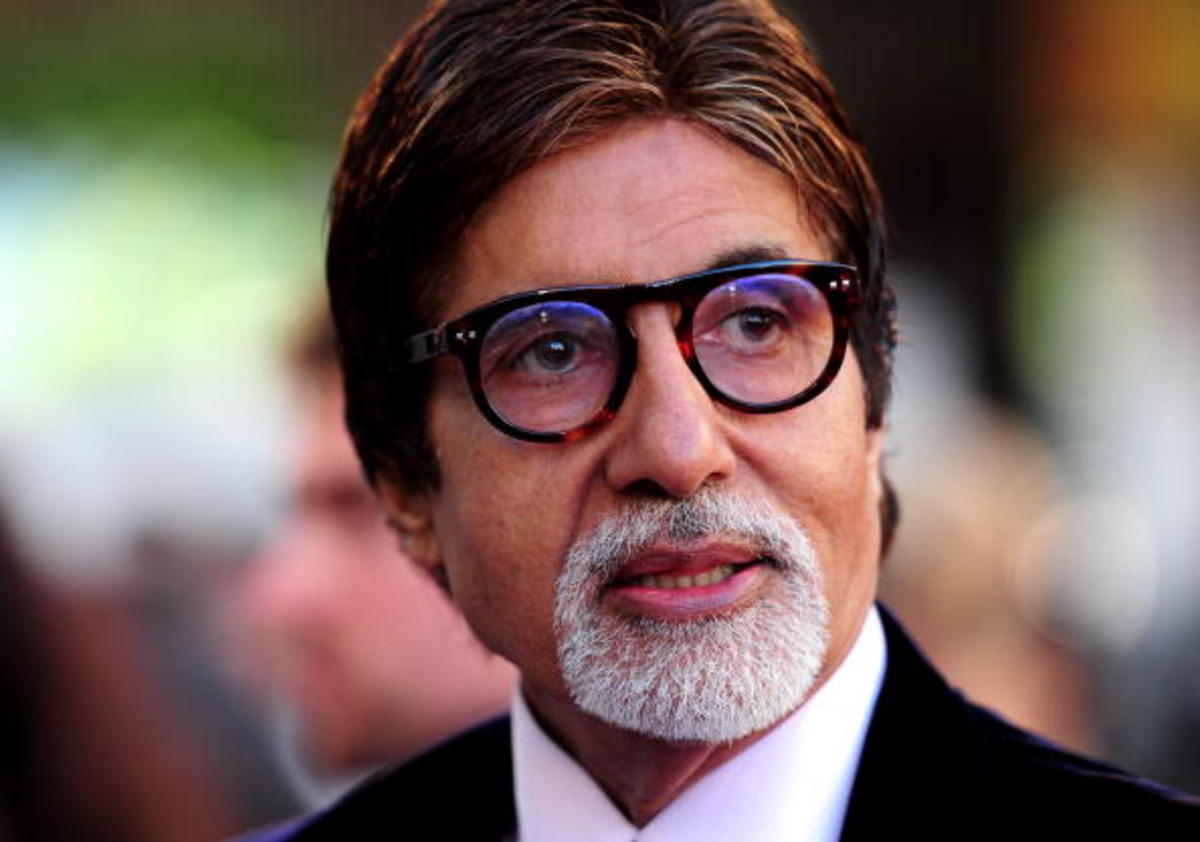 26. The legendary light bulb suit worn by Amitabh in Yaarana (1981) was his idea and inspired by a cowboy suit worn by Robert Redford in The Electric Horseman (1979).

27. Bachchan’s greatest acting influence was Dilip Kumar and he said it was a dream come true to work with him in Shakti (1982).

29. After that accident on the sets of Coolie, the ending of the film was changed to a happier one with Bachchan’s character being kept alive. The ending of another film, Pukar (1983), was changed for the same reason.

30. Before shooting commenced in 1983 for Sharaabi, Bachchan had an accident with a firecracker, leaving his hand badly injured, so most of the film was shot with his left hand in his pocket. 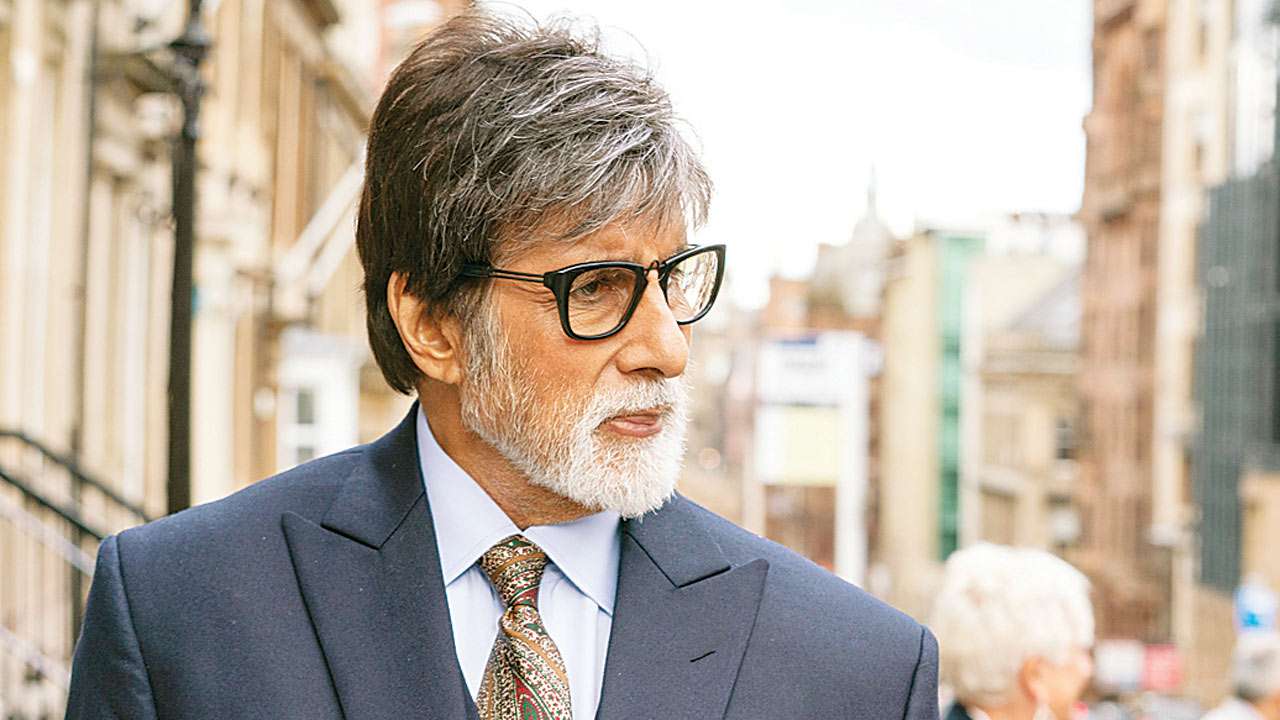 31. The in-demand superstar turned down a number of big projects in his career including the lead role in Shekhar Kapur’s blockbuster superhero film Mr India (1987).

34. Bachchan’s role in Khuda Gawah (1992) was originally supposed to be a six-day guest appearance, but developed into a full role.

35. Insaniyat was launched in 1989, set for release in 1991, but had production problems and it finally released in 1994. Vinod Mehra and Nutan completed their scenes before their deaths in 1990 and 1991 respectively. 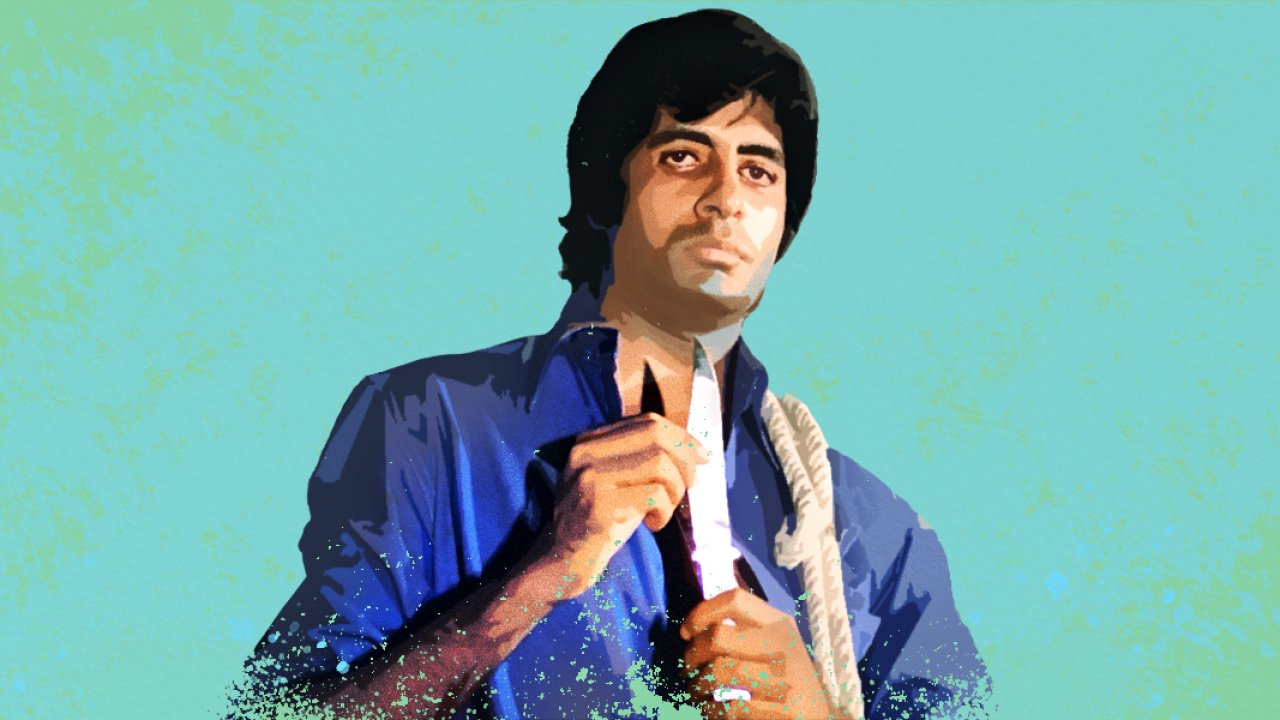 36. The song Sona Sona was recorded for KC Bokadia’s Lal Baadshah (1999), but there was no requirement for it in the film and so it was used for Major Saab upon Bachchan’s request.

39. Black set a record by winning 11 Filmfare Awards, beating Dilwale Dulhania Le Jayenge (1995) and Devdas (2002), which had both previously won 10 awards each. 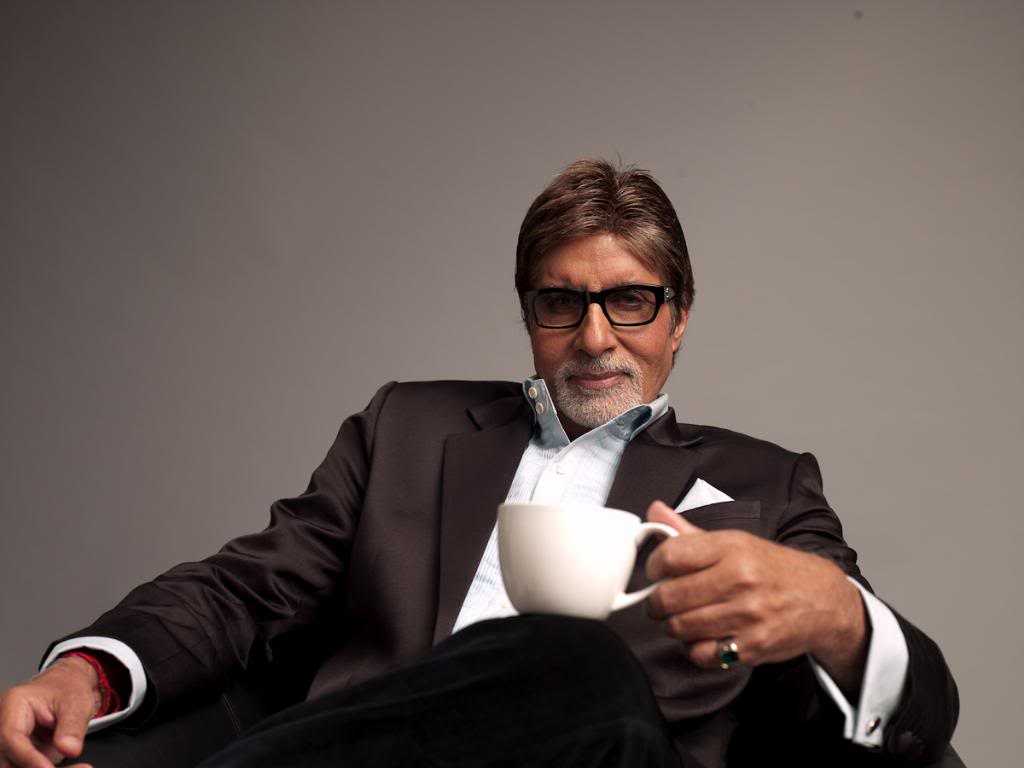 40. Eklavya: The Royal Guard (2007) was chosen as India’s official entry into Academy Awards for Best Foreign Film for that year, but was not selected. 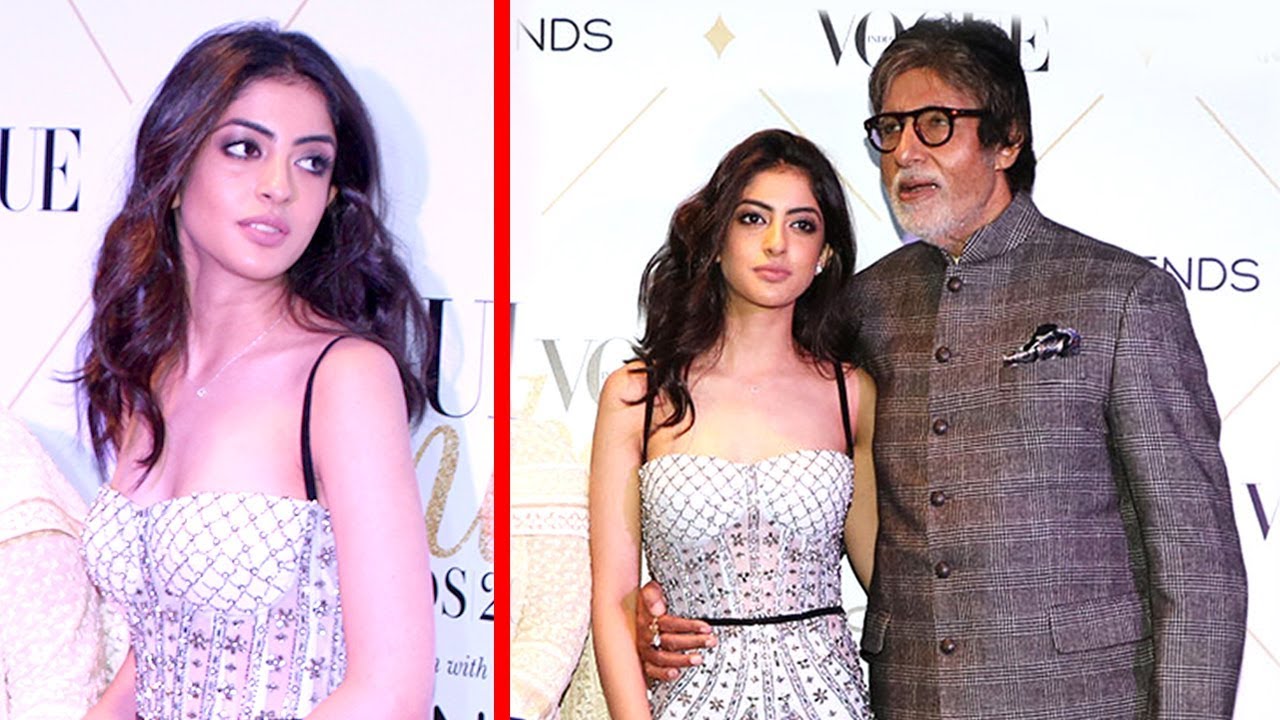 43. Hit drama Pink (2016) received universal acclaim and won a National Award for Best Film On Social Issues. It was specially screened for police forces to train them to be sensitive to women’s rights.

46. Bachchan teamed up with Eastern Eye’s Asjad Nazir to shoot a record-breaking podcast for Apple to promote his movie Shamitabh (2015), which was made available to over 850 million iTunes users for free.

47. Amitabh Bachchan is one of the biggest names in the India film industry. The fortune he earns makes him to one of the richest Bollywood stars of all time. Today, he sits on the list as the 6th richest actor in the world, with a net worth of $400 million. 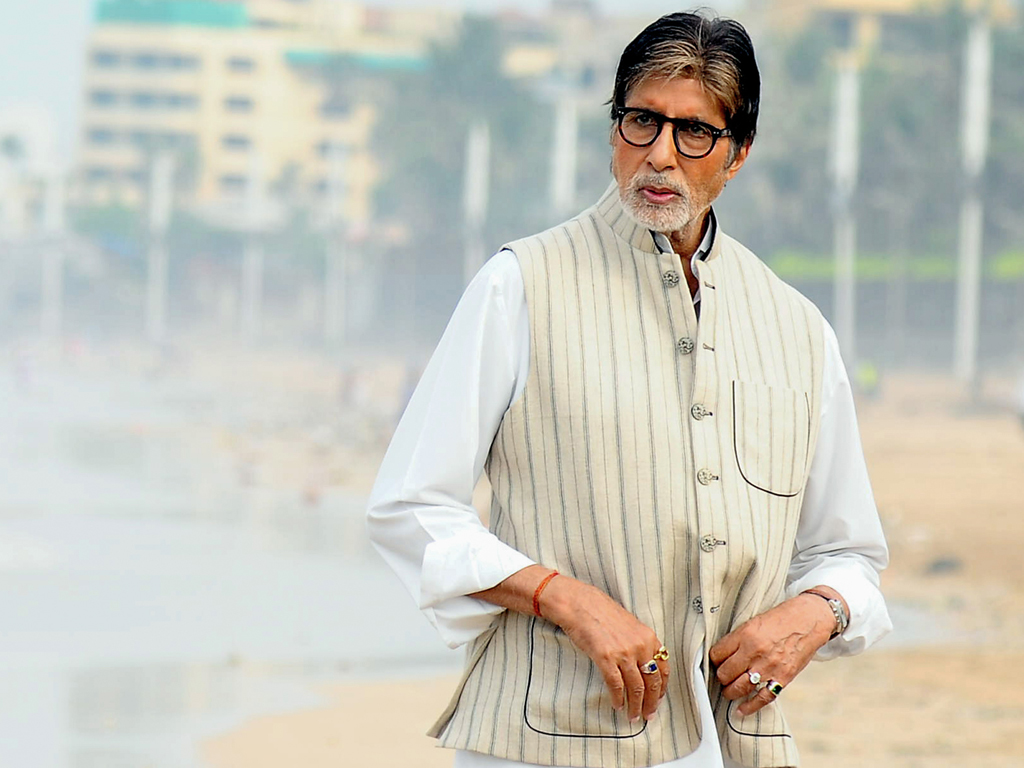