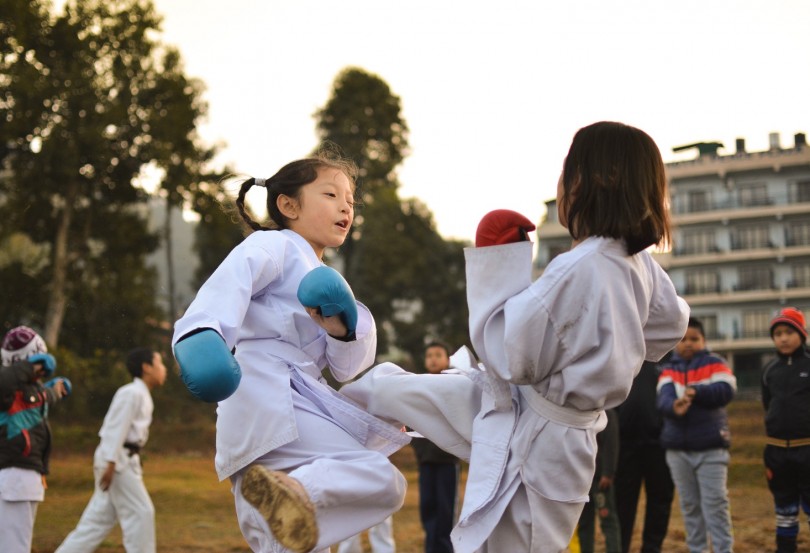 MMA may be considered violent and barbaric, but watching a single professional fight or training session is usually all it takes to scratch the surface of all that lies beneath those superficial labels.

Yes, MMA is inherently violent as it mimics the mechanics of a street fight as closely as possible, but in doing so in a carefully calculated, monitored fashion, this sport equips you with the knowledge and skills to get out of an actual fight (if one was to unfortunately break out) as intact as possible.

Unlike niche martial art forms that focus on limited fighting elements and scenarios, MMA takes every possible situation into consideration. The best fighters aren’t the ones who throw the best strikes, have the best ground game, or are the strongest in the clinch, but those who know how to chain it all together. You might be the best boxer in the world, but if you get taken to the ground, where many street fights end up on, you might as well be the world’s best piano player.

MMA training will help you understand the intricacies of movement and footwork, various striking techniques and styles, the different fighting distances and ranges, timing and speed, hooks, locks, clinches, and much more. The world of MMA is so vast and complex, the more you learn, the more you understand how much more there is to it, almost like a bottomless well.

And of course, training for every fight scenarios means you train every part of your body.

There are always local competitions and events where you can expand your arsenal. The beauty of MMA is that the experience is shaped by the infinite ways in which opponents can match up stylistically against each other, making the opportunities for learning and fun virtually endless.

Unlike what some may think, the confidence that comes from knowing how to fight isn’t a catalyst for fights in real life – on the contrary, it helps prevent them, as trained fighters don’t need to prove anything and can usually discourage their opponents with a single, nonviolent move, like big dogs looking calmly from above at the small ones barking.