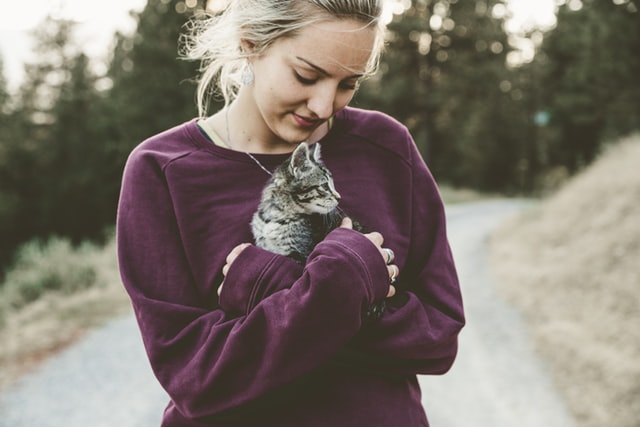 This year’s offerings include Hitler comedy Jojo Rabbit, Ken Loach’s Sorry We Missed You and Cannes Film Festival hit Portrait of a Lady on Fire.

Perhaps the strangest offering is Cats, the big screen adaptation of Andrew Lloyd Webber’s musical, itself based on T.S. Eliot’s cycle of poems.

From the trailer, glimpses of a creepily transformed all-star cast (a sinisterly sibilant Judy Dench, Idris Elba and Taylor Swift to name but a few) and a darkly glamorous cat-fight vibe raised more than a few hackles – so much so, elements have been “subtly” reanimated. Reviews of the film have been overwhelmingly negative.

It remains to be seen whether Cats will land as deftly with film goers as it did in the theatre.

But if nothing else, its release provides a timely reminder of how the big screen has gifted us many memorable feline performances.

Here are five of the very best.

No, it’s not a Disney movie or an internet meme; it’s a line that speaks for every adult male who crosses paths with the adorable tortoiseshell tabby kitten Keanu.

We first meet this eponymous feline amid the corpse-strewn detritus of a meth lab that has been shot up by two hefty gangster assassins.

Viewers familiar with Peele’s directorial work will know he is no respecter of cuteness. Rest assured, a walk on the wild side only sees Keanu’s adorable qualities further enhanced by rocking a wicked black bandanna.

In a dream sequence, his voice is provided by some actor called Reeves.

Those with an attentive eye for cats on screen and/or for what makes feminist icon Ellen Ripley (Sigourney Weaver) tick won’t be surprised to see the trouble-making ginger Jonesy from the first two films in the Alien franchise on this list.

This (space) ship cat is no mere piece of fluff: he serves a significant plot function, raises tensions at key moments and importantly provides the first film’s only love interest.

Rescuing the moggy complicates Ripley’s escape and reveals a tender, protective side to her steely nature.

This is even more powerfully highlighted in the sequel Aliens, even if Jonesy himself only makes a brief early appearance: “and you, you little shithead, you’re staying here”.

This iconic adaptation of Truman Capote’s novel frequently tops cat movie lists, but while I am more than happy to include Holly Golightly’s flatmate Cat, “poor slob without a name”, near the top of my list I must confess I’m no great fan of the film overall – a ham-fisted, sanitised Hollywood do-over.

Capote, as is well known, was not keen on the casting of Audrey Hepburn as drifter-turned-grifter Holly Golightly, apparently preferring Marilyn Monroe.

Little is known of his view of the casting of Orangey – an award-winning performer – as Cat, but for mine this handsome fellow is a far better actor than George Peppard, the film’s wooden, (Hollywood confected) male lead.

You don’t have to be a cat lover to know who Holly’s true soul mate is.

This adaptation of a best-selling book tells the true story of a homeless, heroin addict, James Bowen, (Luke Treadaway) who finds love and redemption when he meets Bob, a doughy but lovable ginger who chooses him as his human.

While James is busking or selling The Big Issue, Bob is perched on his shoulder and proves a magnet for punters. When Bob is injured in a fight, James takes on new responsibilities as provider and carer.

After a young friend dies from an overdose, James decides to get clean and is helped by the presence of the watchful, patient Bob.

Sure, it’s no Trainspotting, but there’s enough grit, vomit and despair to avoid the overly sentimental and Bob – played by none other than the real Bob himself – is a delight, exuding an aura of streetwise empathy to a kindred spirit, and adding a dash of mischief, too.

Turkish director Ceyda Torun’s sublimely shot documentary focuses on Istanbul’s many thousands of street cats and the humans whose turf they share, who tend them and take solace in their company without seeking to constrain their freedom.

Torun skilfully intertwines the stories of several cats into the fabric of the places in which they (and, in some instances, their young) survive.

She captures them wandering through street markets, cafés, artists’ studios, workshops and patches of wasteland.

We watch them hunting, scavenging and charming their way around fishing boats, riverbanks, tips, kitchens and jetties.

They nip in and out of the windows of cramped, ageing flats, through backyards, shops and crowded alleys.

Kedi’s central message is that the centuries-long interdependence of human and feline – marked by easy tolerance, respect and not a little folklore and superstition – is a distinctive marker of Istanbul’s culture, one potentially under threat by the inexorable creep of high rise, urban redevelopment.

It should be cherished and preserved as a civilised and civilising point of pride.