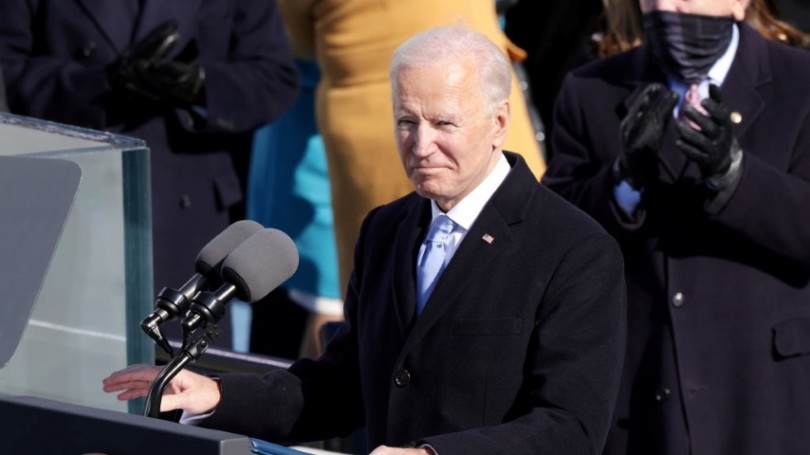 On January 20, Joseph Robinette Biden Jr. was inaugurated as  46th president of the United States of America. However, social media will always be a social media. It does not matter what the occasion is, social media loves to make fun of every situation. Here are some of the funniest tweets about Joe Biden’s inauguration.

Lady Gaga was tremendous but Amanda Gorman is the star that was born today. pic.twitter.com/7RsILFncmP

Very cool to include the Cheesecake Factory menu in this special ceremony. pic.twitter.com/11M0v3e1T2

The White House at noon pic.twitter.com/ac2oEGv5aF

*cut to Melania on Air Force One*

Hamilton fans when Amanda Gorman said “history has its eyes on us” pic.twitter.com/6NL2aVNXvw

“This could’ve been an email” pic.twitter.com/kn68z6eDhY

When you have to sing at the inauguration at 11 and win the Hunger Games at 12 #InaugurationDay pic.twitter.com/UBiawzcuNH

my review of the music today:

-garth brooks: ⭐️, whose uncle is this

My cat when JLo broke into “Let’s get Loud” ???? pic.twitter.com/HemrhcnFGU

not me momentarily thinking this was Kate and Will at the Inauguration… I need more coffee pic.twitter.com/VgjZMONVX9

my baby outdressing these hoes as usual, just wait til we ge— pic.twitter.com/2F2Nqym7fY

Jennifer Lopez out of nowhere: pic.twitter.com/kpLNlIcV5y

Don’t worry, I made sure to sing Goodbye To You as Trump flew away ✌????

“DC’s hottest new club is called ’46,’ and this place has EVERYTHING: Dior 1s, your Grandpa from Vermont in mittens made from plastic bottles, and someone snapping Gaga through the national anthem!” pic.twitter.com/D88q68IE2P

me watching the inauguration and trying to spot leslie knope and ben wyatt in the crowd pic.twitter.com/qfaVG3Ruon