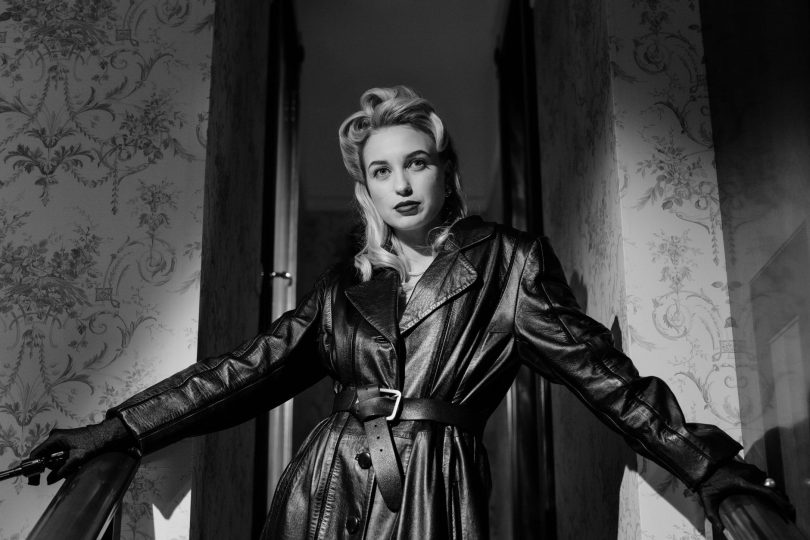 Despite so many poplar music around, opera continues to be a significant cultural staple in many countries.

An opera singer has to project their voice in a powerful way to a live audience, filling the entire theatre with music. Scroll down to discover the 25 greatest female opera singers of all time.

Megan Marie Hart (born 1983 in Santa Monica) is an American operatic soprano from Eugene, Oregon, performing in leading operatic roles and concerts in America and Europe.

Mary Violet Leontyne Price (born February 10, 1927) is an American soprano. Born and raised in Laurel, Mississippi, she rose to international acclaim in the 1950s and 1960s, and was the first African American to become a leading performer at the Metropolitan Opera, and one of the most popular American classical singers of her generation.

Dame Joan Alston Sutherland, OM, AC, DBE (7 November 1926 – 10 October 2010)[2] was an Australian dramatic coloratura soprano noted for her contribution to the renaissance of the bel canto repertoire from the late 1950s through to the 1980s

She was one of the most renowned and influential opera singers of the 20th century. Many critics praised her bel canto technique, wide-ranging voice and dramatic interpretations.

Renata Tebaldi Cavaliere di Gran Croce OMRI (1 February 1922 – 19 December 2004) was an Italian lirico-spinto soprano popular in the post-war period and was especially prominent as one of the stars of La Scala and the Metropolitan Opera. Among the greatest and most beloved opera singers, she has been said to have possessed one of the most beautiful voices of the 20th century, a voice that was focused primarily on the verismo roles of the lyric and dramatic repertoires.

Marilyn Horne (born January 16, 1934) is an American mezzo-soprano opera singer. She specialized in roles requiring beauty of tone, excellent breath support, and the ability to execute difficult coloratura passages. She is a recipient of the National Medal of Arts, the Kennedy Center Honors, and has won four Grammy Awards.

Shirley Verrett (May 31, 1931 – November 5, 2010)[1] was an American operatic mezzo-soprano who successfully transitioned into soprano roles, i.e. soprano sfogato. Verrett enjoyed great fame from the late 1960s through the 1990s, particularly well known for singing the works of Verdi and Donizetti.

Mirella Freni, OMRI, (born Mirella Fregni, 27 February 1935 – 9 February 2020) was an Italian operatic soprano who had a career of 50 years and appeared at major international opera houses. She received international attention at the Glyndebourne Festival, where she appeared as Zerlina in Mozart’s Don Giovanni and as Adina in Donizetti’s L’elisir d’amore.

Anna Moffo (June 27, 1932 – March 9, 2006) was an American opera singer, television personality, and actress. One of the leading lyric-coloratura sopranos of her generation, she possessed a warm and radiant voice of considerable range and agility. Noted for her physical beauty, she was nicknamed “La Bellissima”.

Grace Melzia Bumbry (born January 4, 1937), an American opera singer, is considered one of the leading mezzo-sopranos of her generation, as well as a major soprano earlier in her career. She is a member of a pioneering generation of African-American opera and classical singers (including Jessye Norman, Leontyne Price.

Dame Kiri Jeanette Claire Te Kanawa (born Claire Mary Teresa Rawstron, 6 March 1944) is a New Zealand opera singer. She had a full lyric soprano voice, which has been described as “mellow yet vibrant, warm, ample and unforced”. Te Kanawa had three top 40 albums in Australia in the mid-1980s.

Aprile Millo (born April 14, 1958) is an American operatic soprano of Italian and Irish ancestry who is particularly admired for her interpretations of the works of Giuseppe Verdi. Possessing a spinto voice of power, warmth and temperament, Millo became one of the most celebrated opera singers of the late twentieth century. Although she has performed at many of the world’s leading opera houses and with many orchestras and ensembles internationally, Millo has spent much of her career appearing in productions at the Metropolitan Opera.

Recognized for her sense of style, her musicality, and as a remarkable singer-actress, Scotto is considered one of the preeminent singers of her generation, specializing in the bel canto repertoire with excursions into the verismo and Verdi repertoires.

Elisabeth Schwarzkopf (December 1915 – 3 August 2006) was a German-born Austro-British soprano. She was among the foremost singers of lieder, and was renowned for her performances of Viennese operetta, as well as the operas of Mozart, Wagner and Richard Strauss. After from the stage, she was a voice teacher internationally. She is considered one of the greatest sopranos of the 20th century.

Although she sang a repertoire from Handel and Mozart to Puccini, Massenet and Verdi, she was known for her performances in coloratura soprano roles in live opera and recordings. Sills was largely associated with the operas of Donizetti, of which she performed and recorded many roles.

Kirsten Malfrid Flagstad (12 July 1895 – 7 December 1962) was a Norwegian opera singer and a highly regarded Wagnerian soprano. She ranks among the greatest singers of the 20th century, and many opera critics called hers “the voice of the century.” Desmond Shawe-Taylor wrote of her in the New Grove Dictionary of Opera: “No one within living memory surpassed her in sheer beauty and consistency of line and tone.”

Lucia Popp (born Lucia Poppová; 12 November 1939 – 16 November 1993) was a Slovak operatic soprano. She began her career as a soubrette, and later moved into the light-lyric and lyric coloratura soprano repertoire and then the lighter Richard Strauss and Wagner operas. Her career included performances at Vienna State Opera, the Metropolitan Opera, Covent Garden, and La Scala. Popp was also a highly regarded recitalist and lieder singer.

Éva Marton (born 18 June 1943) is a Hungarian dramatic soprano, particularly known for her operatic portrayals of Puccini’s Turandot and Tosca, and Wagnerian roles

Märta Birgit Nilsson (17 May 1918 – 25 December 2005) was a celebrated Swedish dramatic soprano. Although she sang a wide repertory of operatic and vocal works, Nilsson was best known for her performances in the operas of Richard Wagner and Richard Strauss. Her voice was noted for its overwhelming force, bountiful reserves of power, and the gleaming brilliance and clarity in the upper register.

Frederica “Flicka” von Stade Gorman (born June 1, 1945) is a semi-retired American opera singer. Since her Metropolitan Opera debut in 1970, she has performed in operas, musicals, concerts and recitals in venues throughout the world, including La Scala, the Paris Opera, the Vienna State Opera, the Salzburger Festspielhaus, Covent Garden, Glyndebourne and Carnegie Hall. Conductors with whom she has worked include Abbado, Bernstein, Boulez, Giulini, Karajan, Levine, Ozawa, Solti and Tilson Thomas. She has also been a prolific and eclectic recording artist, attracting nine Grammy nominations for best classical vocalist, and she has made many appearances on television.

Elīna Garanča (born 16 September 1976) is a Latvian mezzo-soprano. She began to study singing in her hometown of Riga in 1996 and continued her studies in Vienna and in the United States. By 1999 she had won first place in a significant competition in Finland and had begun a career in Europe. Worldwide engagements followed her 2003 Salzburg Festival appearances.

Jessye Norman (September 15, 1945 – September 30, 2019) was an American opera singer and recitalist. She was able to perform dramatic soprano roles, but refused to be limited to that voice type. She was a commanding presence on operatic, concert and recital stages, associated with roles including Beethoven’s Leonore, Wagner’s Sieglinde and Kundry, Cassandre and Didon by Berlioz and Bartók’s Judith. The New York Times music critic Edward Rothstein described her voice as a “grand mansion of sound”.

Cecilia Bartoli, Cavaliere OMRI (born 4 June 1966) is an Italian coloratura mezzo-soprano opera singer and recitalist. She is best known for her interpretations of the music of Bellini, Handel, Mozart, Rossini and Vivaldi, as well as for her performances of lesser-known music from the Baroque and Classical period. She is known for having the versatility to sing both soprano and mezzo roles.