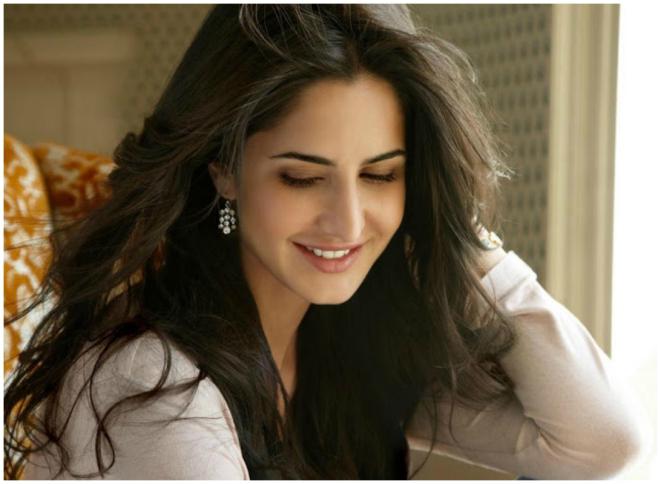 A British actress Katrina is an Indian actress who has starred in some hugely successful movies. For her performances, Katrina has received four Star screen awards and nominations for Zee Cine awards.

Katrina first appeared in the movie Boom, which flopped badly. But then she acted in some Hindi movies like Namastey London and Maine Pyar Kyun Kiya, which got her the fame she wanted,

Then came to the movie New York, and Katrina was praised for her performance. This was followed by films like Ajab Prem Ki Gazab Kahani, Raajneeti, Zindagi Na Milegi Dobara, and Bang Bang. Her pairing with Salman Khan in Tiger Zinda Hai and Ek Tha Tiger has been very successful.

Katrina married actor Vicky Kaushal this year. Read on to learn more about Katrina Kaif and her life so far.

2. She started her career as a model at a very young age of 14 for a jewellery campaign in London.(2)

3. Katrina left her college in London to pursue her career in Bollywood.(3)

4. Her real name is Katrina Turquotte which was changed by Boom’s producer Ayesha Shroff to Katrina Kaif, to make it easier to pronounce. (4)

5. In the year 2003, Katrina gave her debut in Bollywood for a multi starer movie Boom, which was not commercially successful in the box office.(5)

6. Besides doing Bollywood movies, Katrina did a few Telegu and Malayalam movies. Some of them are: Malliswari in 2004, Allari Pidugu in 2005, Balram vs. Tharadas in 2006(6)

7. Her success in Bollywood came with Salman Khan starrer movie Maine Pyar Kyun Kiya in 2005. With the success of the movie she was the talk of the tinsel town with her affair with Salman Khan.(7)

8. In the year 2005, Katrina appeared in Ram Gopal Verma’s political thriller Sarkar which was a box office hit.(8)

9. In 2006, she appeared with Akshay Kumar in Humko Deewana Kar Gaye, which was a failure in box office.(9)

11. In 2010,  Katrina changed her typical Barbie doll image to a more matured role. We saw her playing a role of a politician in Prakash Jha’s film Rajneeti.()

13. Not only with her beauty, but with the passing years Katrin’s acting and dancing skills have increased her fan following list. We can see her superb Lavni dance steps from the movie Agneepath from the item number Chikni Chameli in 2012.(13)

14. With each year passing Katrina Kaif has got many awards and accolades, whether its IIFA awards, ITA awards, Screen Awards, etc. the list is endless.(14)

15. The beautiful actress had her first Cannes Film Festival debut in 2015 and was the brand ambassador of the leading cosmetic brand L’Oreal Paris.(15)

16. She was voted as the sexiest Asian woman in the  world of Eastern Eye in the year 2008, 2009 and 2010 consecutively. Having a British nationality, Katrina works in India on an employment visa.(16)

17. Katrina Kaif is one of the actresses who have her own three wax statues at Madam Tussauds. They are in London, New Delhi and New York.(17)

18. Like her success in bollywood,, Katrina Kaif’s love life is not so lucky one. She had her love relationship with Salman Khan for almost 4 years. In 2009, she decided to part way with him.(18)

19. Later the actress had an affair with the most happening Kapoor Grandson, Ranbir Kapoor. But the relationship lasted till 2016.(19)

20. The beautiful actress is little bit superstitious as she visits the Siddhivinayak Temple and Mount Mary Church in Mumbai and Dargah Sharif in Ajmer before her film release.(20)