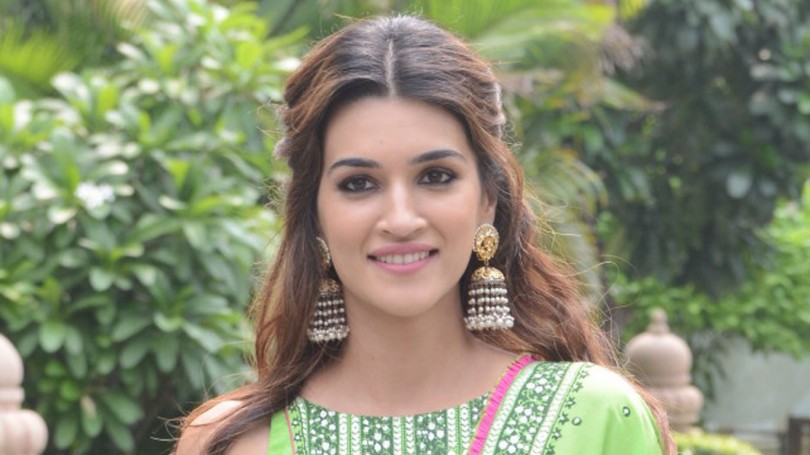 Kriti Sanon is a successful Indian actress and model. She started her career with a Telugu psychological thriller film called 1: Nenokkadine. Her first Bollywood film was called Heropanti, and she won the Filmfare Award for Best Female Debut for it.

Sanon is one of the most sought-after young actresses in Bollywood. She starred in the romantic action comedy Dilwale in 2015. In February 2016, she signed on to star in Raabta, opposite Sushant Singh Rajput, for her directorial debut by Dinesh Vijan.

While she was studying in college, she took part in a website contest when her sister Nupur Sanon clicked and sent her photos. Fortunately, she won that online website contest, and the famous Indian photographer Dabboo Ratnani gave her a free portfolio. She also got a contract for one year with a well-known modelling agency.

Kriti can be called a great model and has been the first choice for many fashion designers like Ritu Beri, Niki Mahajan , Suneet Varma. She even received two job offers through placements but rejected to pursue her career as an actor. In just three years she rose into popularity with lots of fan following online.

Kriti Sanon is a beautiful actress who has won the Filmfare Award for Best Female Debut. She debuted in Hindi cinema with Heropanti (2014), which was an action-comedy directed by Sabbir Khan.

Sanon has since starred in the commercially successful romantic comedy films Bareilly Ki Barfi (2017), Luka Chuppi (2019), Mimi (2021) and Hum Do Hamare Do (2021). Some of her highest-grossing releases include the comical action romance Dilwale (2015) and the comedy Housefull 4 (2019). She has also launched her own line of clothing and endorses several brands and products. In 2019, she appeared on Forbes India’s Celebrity 100 list.

She is from a middle-class Khatri family. Her father Rahul Sanon is a chartered accountant and her mother Geeta Sanon is a professor at the University of Delhi, New Delhi. She has a younger sister Nupur Sanon. She is Hindu by religion.

She did her schooling at Delhi Public School, R.K Puram and graduated with a degree in electronic engineering from Jaypee Institute of Information Technology (IOIT), Noida Uttar Pradesh. She started modeling when she was just 15 years old walking for all different brands at various fashion weeks including Wills Lifestyle India Fashion Week 2010, Chennai International Fashion Week 2012 among others.

Kriti says she is a romantic, but not in the 70s and 80s style. She wants someone with organic chemistry, without a checklist. Her sister says Kriti needs to approve of the person, but Kriti says it doesn’t matter. She won’t take approval from 10 people to decide if she should be with someone.

Kriti Sanon is a successful Bollywood actress. She has starred in 18 movies and has earned 8.09 Crore in 2019, according to Forbes.

Kriti Sanon has starred in Hindi films. She first gained attention on the tv show Splitsvilla on MTV India, before she went on to be a contestant on Jhalak Dikhhla Jaa. Kriti Sanon’s Net Worth is 32 Crore or $4.4 Million US Dollars as of 2021. Her monthly income is Rs 50.

1. Kriti Sanon is an Indian actress who appears in Hindi films.

2. She completed her Bachelors of Technology in Electronics and Communication from Jaypee Institute of Information Technology, Noida, Uttar Pradesh.

3. She made her acting debut in 2014 with Sukumar’s Telugu film 1: Nenokkadine.

6. She is the big fan of famous Bollywood actor Salman Khan.

7. Kriti is highly interested in boxing and it is surprising to hear that she loves to practice it On her free time.