Home » 35 Wholesome Pictures That Spread Happiness Amidst Gloom And Doom 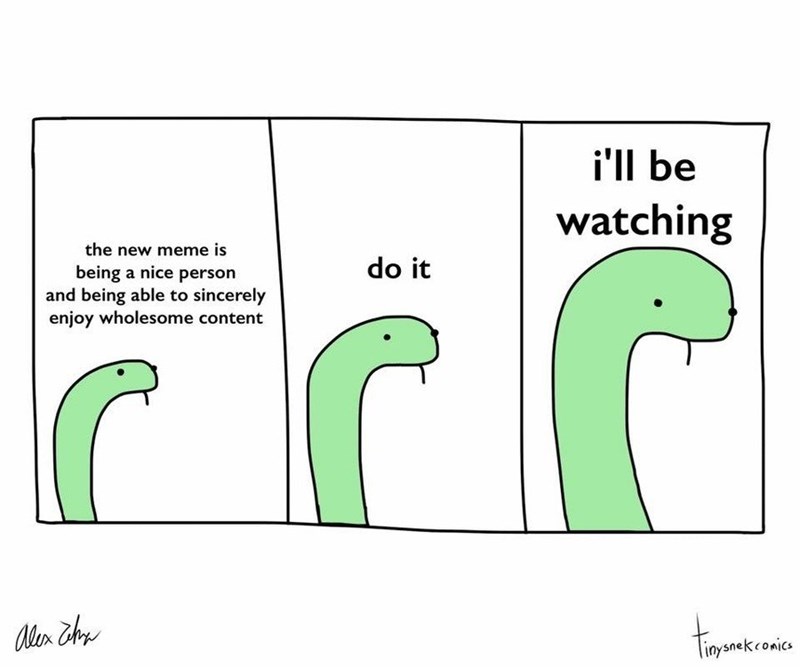 Nobody had thought that 2020 would be so tough and challenging for all of us. 2020 now has come to an end. It is very tough to forget the pandemic and the social isolation. Scroll down to find 35 wholesome pictures that spread happiness amidst gloom and doom.

my grandparents have been married for 52 years and they match outfits every day. pic.twitter.com/79nCaNuTuD

My grandpa has been giving my grandma flowers everytime he goes riding for the past 40 years???????? pic.twitter.com/WD9fmkI4Gw

The only way I could pull these photos off is with a great support system pic.twitter.com/EIlnh88wik

BREAKING NEWS: All these cows are kissing this dog pic.twitter.com/sVyy3kxvRR

Two photos taken an hour apart. Before and after adoption. from r/BeforeNAfterAdoption

when ur candles are fake but it’s ok bc ur love keeps you warm pic.twitter.com/fft8VowsSN

Today my five year-old laughed at this painting in the middle of a museum for like six minutes pic.twitter.com/AHlNJiZU5R

I really hate to brag but I have a private chef that prepares my lunches. pic.twitter.com/nA7oCfSaie

Every time I take my dog for a walk she has to stop to see her crush. It’s like Romeo and Juliet pic.twitter.com/mJvHIrH2SQ

Love is in the air ???? pic.twitter.com/E0KsBOCHLw

my sister and her man dressed up as Miguel’s mom and dad from Coco & I had to post it ???????? pic.twitter.com/j8yZthAyGF

i have to pick one u guys pic.twitter.com/8GtAzVJpvG

Growing old together! from r/Eyebleach

Dadarao Bilhore has been filling potholes in Mumbai ever since he lost his 16 yr old son to an accident caused by a pothole. Even as the grief was tearing him apart, armed with broken paver blocks, gravel, stones & shovel,he started filling every pothole he witnessed. No words ???? pic.twitter.com/Ww5raEEV4P

Colorado man reunited with his donkey, Ennis, after fire swept through his town. from r/aww

Went to the shelter to look at dogs, they didn’t have any there but once this lil girl saw me she started pawing at her cage. Now I have a new forever friend 🙂 from r/aww

It’s taken me 45 trips around the sun, but for the first time in my life I know what it feels like to have a “band-aid” in my own skin tone. You can barely even spot it in the first image. For real I’m holding back tears. pic.twitter.com/GZR7hRBkJf

My father turned 90 and wanted to do a photoshoot to be posted on social media even though he isn’t on it. ❤️ pic.twitter.com/yBb3adEPMY

Our neighbor added a spot in his fence so his dog can say hi to us and this is what my pictures will consist of from now on. pic.twitter.com/lJKb0xaHDi

This strong dude, Ezra, survived a Cardiac arrest! from r/nextfuckinglevel

My next door neighbor’s guinea pig comes over sometimes to ask for carrots pic.twitter.com/BfQn8so8ob

the new hospital dogs are getting their pictures taken and pic.twitter.com/AbjqYgM5KJ

A stranger came up and told us we had the same hair… then proceeded to ask to snap a pic then sent it to me pic.twitter.com/vnVJBxHqZ2

My hospital’s cardiologist with one of his patients ❤️

In 2019 I got way too drunk at the office Christmas party & bet my coworker that I would spend 2020 getting fit. I kept my promise and won the bet. I am proud. from r/MadeMeSmile

I got my pup a matching chair so he would stop stealing mine. Needless to say, he’s very pleased. from r/MadeMeSmile