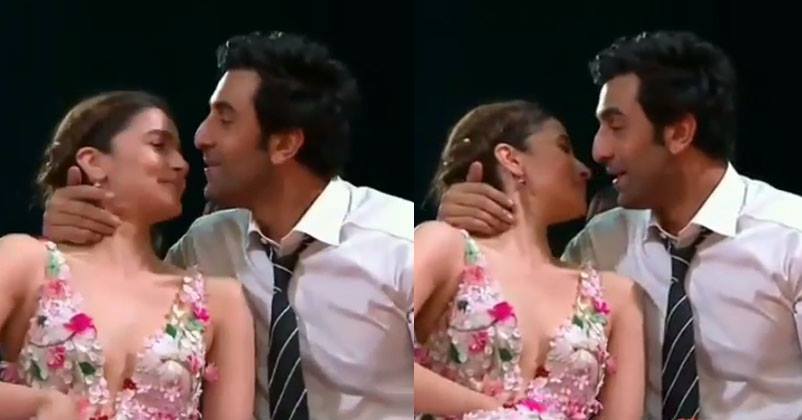 Best actor was seated next to Best Actress. And all of a sudden, Sanju made her Raazi for a kiss. The kiss was uncoordinated. It happened at the Zee cine Awards.

Ranbir Kapoor kissed Alia Bhatt when she was named best actress for her role in Raazi. The video went viral.

Another video of the same event also went viral in which Ranbir was talking about his ailing father while accepting the award for the best actor. Alia could not hold back her tears. She had accompanied Ranbir to the US to see his ailing father.

Earlier, at the Filmfare awards, Alia Bhatt discovered her special love sitting in the audience. And he was none other than Ranbir Kapoor.

The couple have been dating for some time now. Upcoming film Brahmastra Caste Alia opposite Ranbir. The film is produced by Karan Johar.

Alia-Ranbir relationship is official now. When will the couple tie the knot? Well, two individuals are in the “best phase of their life”, thanks to their relationship. And the “relationship is just a friendship”. We will have to wait when this friendship will mature into wedding.