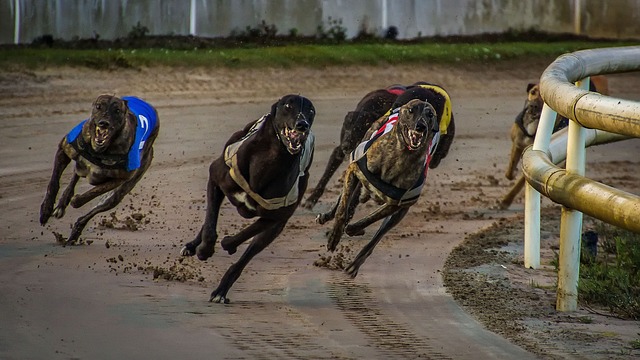 When it comes to greyhound racing, the United Kingdom, Australia and Ireland lead the way. They are home to the best venues, races and prize purses in the sport and each has the right to brag about their contributions to the sport’s popularity these days.

With coronavirus restrictions easing around the globe, thousands will be looking forward to nights out at the dogs with their friends and placing a small bet on greyhound racing whilst soaking in the social aspect of the bars and restaurants at tracks.

So, without further ado, let’s take a look at some of the world’s best greyhound stadiums. Read on to find out more!

Where better to start than with Towcester? After all, it’s the home of the most prestigious greyhound race in the world — the English Greyhound Derby.

That’s right, after financial issues forced its closure in 2018, Towcester is back on its feet and the Derby will return this year.

Surrounded by rolling countryside as far as the eye can see, the Nottinghamshire course is the most picturesque in the UK. Whether you prefer greyhounds or horses, Towcester is a must-see for any racing fan.

Nottingham was the beneficiary of Towcester’s temporary closure, as it hosted the Greyhound Derby in 2019 and 2020. However, the fact that the prestigious race is heading back to Towcester, doesn’t take anything away from Nottingham.

The 1,500-capacity stadium, which is located just two miles outside of Nottingham’s bustling city centre, still plays host to many of the UK’s biggest races, including The Select Stakes, The Eclipse and The Puppy Classic.

Nottingham is a fan favourite and with it recently being granted a 50-year lease, greyhound racing is only going to excel further at the venue.

As greyhound racing took a firm grip on the UK in the late 1920s, on the other side of the Irish Sea, its popularity was growing just as fast.

Shelbourne Park (pictured above) was opened in Dublin in 1927 and plays host to the biggest races in the country, including the Irish Greyhound Derby, Easter Cup, Oaks, St Leger and the Shelbourne Gold Cup.

Ireland’s premier greyhound venue has survived the test of time, and with a €2.3 million renovation revealed, it’s set to only get bigger and better!

Taking the No.1 spot for the best greyhound stadium in Australia is Sandown Park. Built in 1956, the Melbourne-based venue plays host to the world-renowned Melbourne Cup, which boasts a prize purse of A$8,000,000 (£4,370,660) — the biggest pot in the world.

As well as hosting the Melbourne Cup, Sandown is also the home of the Group 1 Sandown Cup — which boasts the biggest purse for stayers in the country.

Greyhound racing has been taking place at the multi-sport venue since the late 1930s and its standout meeting is the Group 1 Golden Easter Egg, part of the Easter Carnival — which boasts over A$1,000,000 (£546,380) in prizes.

Over 25,000 people attend the Easter meeting, with the showpiece race being held on Easter Sunday.