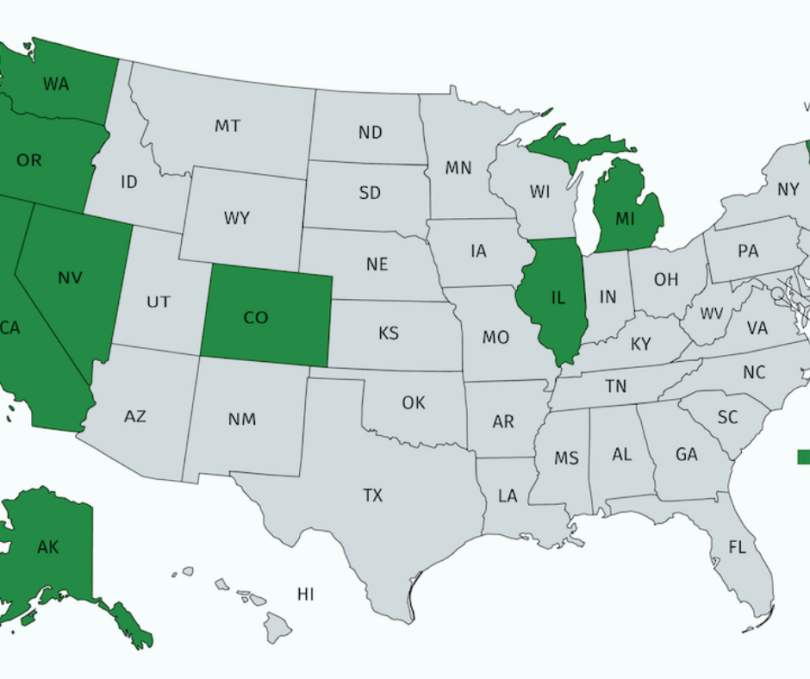 You can now access and order CBD weed on JustBob online and get the best CBD products delivered to your doorstep. But what does the US say about CBD and its legal status? Today we are telling you more about CBD in the country.

Phytocannabinoid is the name of many substances that exceed the number of 100 in cannabis. Among them is Tetrahydrocannabinol, known as THC, and Cannabidiol, known for its diminutive CBD.

Cannabis with a high CBD content is legal and authorized for purchase. However, given the low level of THC found in it, it does not have the same hallucinogenic and psychotropic effects because, as has been said, the level of THC is really low.

The United States and CBD: a bill to consider the substance as a food supplement

HR841: this is the name of the bill tabled a few weeks ago in the United States House of Representatives. It would allow cannabidiol (CBD) and other hemp-derived compounds (except THC) to be marketed as a dietary supplement. It is a second bill, identical to the first, tabled in 2020.

Hemp, this legendary plant, has caused a lot of ink to flow. And there is what!

It is a lucrative business in which many companies want to find their place, especially in the United States, where legalization has been in motion for several years.

Many articles mention that CBD is legal in all US states. However, it is not exactly reality. This confusion comes from the Farm Bill of 2018.

This agricultural program legalized industrial hemp in the United States, with an authorized level of 0.3% THC in the plant. However, it does not explicitly legalize cannabidiol or any other cannabinoid.

Therefore, each state can establish its own rules relating to the sale and purchase of CBD. Indeed, some states are relatively strict regarding its sale and production.

The market remains in a specific legal limbo

Since 2018, the regulatory framework for hemp-derived (low-THC) products has lagged, making businesses and law enforcement impatient.

In 2019, lawmakers complained in a letter to the Food and Drug Administration (FDA) director that “the agency’s current regulatory stance on CBD has created significant regulatory and legal uncertainty for participants. “To this rapidly evolving industry. »

Sponsored by 20 representatives from the Democratic and Republican parties, the 2021 bill is an updated version of a bill proposed in 2020 “HR8179” and had 30 bipartisan co-sponsors.

This new bill validates the fact to have legal hemp as a cannabis plant with less than 0.3% THC (the euphoric side of the plant), solely responsible for the difference between hemp and marijuana.

WHO recognizes cannabis and CBD as applicable!

Before being registered, these recommendations must be validated by the 53 member countries of the Commission on Narcotic Drugs, which should meet in March 2019.

Although the member countries of the UN are in no way obliged to apply this revision, such an amendment to the Single Convention on Narcotic Drugs could thus accelerate the reform movement now taking place almost everywhere in the world.

We can then imagine that this could have a specific impact on the whole world at a time when cannabis is at the center of many debates.

CBD is legal but is cannabidiol “CBD” dangerous to consume?

In 2017, the WHO, the World Health Organization, gave its opinion on the possible health dangers of CBD. According to the Expert Committee on Drug Dependence, cannabidiol does not present a threat and is not harmful to health.

This observation was made in the absence of more precise data. Therefore, despite the sufficient number of studies published regarding this substance, it will be necessary to continue to take precautions about CBD, added the World Health Organization.

In addition, other health authorities do not share the same opinion as to the WHO. At the beginning of 2019, the ANSM, National Agency for the Safety of Medicines, announced that certain forms of violent epilepsy are treated by CBD, thanks to its psychoactive effects.

However, the latter can be toxic to the liver. It is also possible that antiepileptic drugs have their concentration increased in the body.

Cannabidiol is not dangerous

The dangers of CBD are practically non-existent, but it must be consumed in moderation.

A substance used in medicine

To show the benefits of cannabidiol, many studies show that CBD can be used as a medicine, many virtues are recognized. It is known to give a feeling of relaxation and well-being, but it has other benefits:

Despite this, it should be used medicinally and not for personal use as a drug. If used in medical conditions, it remains a medicine. If not, it becomes a drug.

Recently, CBD has become a substance that can be consumed legally without providing a medical prescription.

As a result, more and more people have started to consume it for its many physical and mental benefits.

The most popular CBD strain is CBD Sativa, which you can legally purchase online at JustBob.net.

The latter is relatively appreciated for its very low THC content. The latter is also part of the hemp plant. Still, it is a psychotropic substance with many harmful effects on its consumer, such as hallucinations, stress, and the amplification of anxiety.