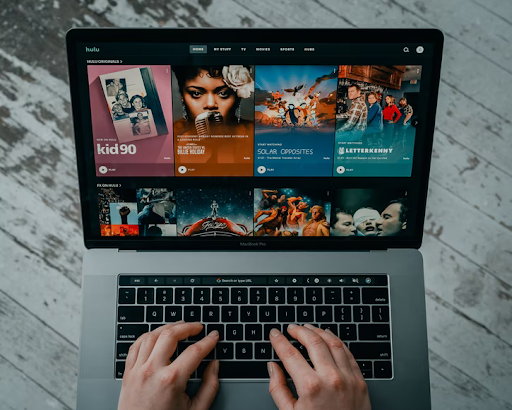 The world of video streaming is rapidly increasing with new streaming platforms making their debut every now and then. The only problem, however, is that most of them are geo-restricted and unavailable in a large number of locations.

In fact, that’s not when the problem ends, there are some streaming platforms that restrict titles and shows in some locations. The US has an extensive library of content when you compare it with other countries. And so much of the content that is accessible in the US is not available in nearby locations such as Canada.

Of course, you can use a VPN to unblock the geo-restrictions. But the number of streaming platforms that are not available in Canada at the moment is astonishing. It compels us to think about why such decisions are made; to block streaming platforms and content in certain locations.

An American streaming service that has numerous tv-series and movies that you would love to binge-watch, Peacock TV comes with a gran plan that can entertain you all day and night long.

Whether you are searching for sitcoms like Brooklyn Nine-Nine or blockbuster trilogies like the Hobbit movies or you want to be an emotional wreck and This Is Us, Peacock TV has everything covered for you.

It has a 7-day trial that offers you premium features. The annual subscription would cost you $49.99, which comes with superlative features and 24/7 customer care service.

Known as one of the best streaming platforms in the world that offers quality content to its consumers, it’s unfortunate to learn that this platform is also geo-restricted at the moment. It has incredible shops like Castle Rock,

Future Man, The Resident, and The Wrong Mans in its library and at a monthly cost of $6.99! There are countless features and several different plans to suit your needs. For now, you can watch Hulu in Canada by using a VPN to bypass the geo-restrictions.

HBO Max is known for having numerous original content as well as blockbuster movies that release over the summer. With a rich catalog of content readily accessible, HBO Max is truly missed in Canada.

There are several plans that you can subscribe to; for instance, the ad-free subscription that comes at $15 a month – slightly pricier than other platforms but better nonetheless considering the level of content it assures. From Succession to Euphoria to The Flight Attendant, The Suicide Squad 2, and Raised By Wolves, this streaming platform is impeccable!

NBC comes from the same house as Peacock TV. Currently, it is only accessible to the audience in the US, but with a VPN, you can also bypass the geo-restrictions and gain access. The service is quite feasible considering it has two plans: ad-free and with ads.

The one with ads costs you $5 per month and the one without ads costs you $10 every month. The shows and movies that you can watch on NBC include Ted, The Departure, Yellowstone, The Capture, etc.

This is yet another streaming platform that is not available in Canada without a VPN. The one problem with this channel is that it is full of ads – but it doesn’t really need a subscription. The price of content varies from content to content and region to region.

The large library of content includes No Time To Die, 50 Shades of Grey, Jungle Cruise and Bloodshot, etc. It has several series and movies from WarnerMedia and so you could call it a joint venture.

Sling TV launched back in 2015 and since that it has gained large consumers. Initially, it was an app-based television service. Now it offers two plans that you can subscribe to depending on your decision of plan selection: Orange or Blue. Sling TV comes with approximately 75 channels that you can watch whenever you want.

The monthly cost of the service is $35 and it has a DVR feature that lets you watch content at a later time. Whether you want to watch National Geographic or ESPN, there are options for everyone. This platform is truly missed in Canada when a major sports event is being broadcasted live – you always have to turn to a VPN to gain access.

The world streaming platform keeps expanding, yet it remains restricted in several regions in the world. The six streaming services that remain absent in Canada include Peacock TV, Sling TV, Hulu, HBO Max, NBC, and Vudu. Canadians can access these services using a VPN, which is a secure way, but still wouldn’t it be better if there were no geo-restrictions at all?