Home » What California Can Do To Fix Its Mental Health Problem 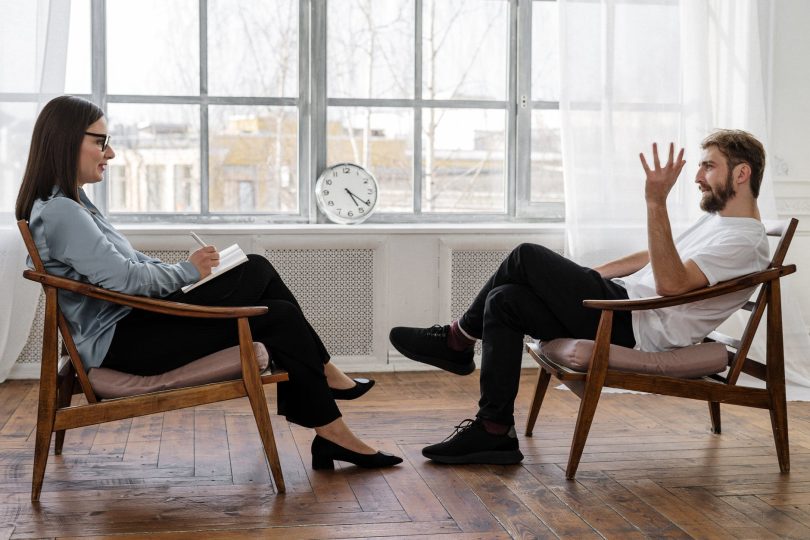 One in six Californians personally experiences a mental illness. This is such a sizable portion of the population that nearly every resident of the Golden State is affected by mental disease, either their own or that of someone they love.

Yet, the current system for providing mental health to Californians is described by experts as “struggling” at best or “broken” at worst.

Many of those most in need of mental health services are left without reliable or affordable access to them, which often forces those suffering into less-than-ideal circumstances like homelessness or incarceration.

California’s concern with mental health began way back in the late 19th century, when the state’s first asylum, Napa State Hospital, opened in 1875.

Called “the Castle,” the facility was a towering, gothic structure built far from bustling and dirty cities, where the Victorian ideals for mental health could be observed. Patients at the Castle enjoyed clean air and fresh foods raised from animals and gardens on the property.

Unfortunately, hospitals like the Castle quickly became overcrowded — as did similar institutions around the world.

As more patients flocked to asylums, staff could devote less care and attention to each case, and institutional treatment developed a reputation for neglect and abuse.

As a result, in the middle of the 20th century, California strove to revamp its mental health system into one based around community care as opposed to centralized institutions.

While asylum populations did continue to decline in the 1960s and 1970s, an emphasis on drug-based treatments hardly solved the problem of mental health.

Often, patients were given prescriptions for sedatives or anti-psychotics, almost regardless of their presenting symptoms, and released back into society.

Beginning with Reagan’s presidency, California began slashing funding to its mental health programs. Without money from the federal government and state, community mental health centers began to close, and many of those relying on regular treatment, even drug-based treatment, became deprived of any options.

Grants for public mental health are largely restricted to those admitted to treatment facilities through court order.

Anyone else searching for mental health treatment must find an insurance provider to cover costs or else pay out-of-pocket for the services they need.

Various taxes through the 21st century have helped to channel up to $2 billion per year into mental health services.

The main problem, rather, is that California lacks leadership within the mental health space, which means mental health centers aren’t always allocating funding responsibly and to the most advanced services and treatments.

As a result, most Californians doubt that there are sufficient mental health resources within their state, despite access to online therapy in California.

The first step toward a more effective mental health system in California would be properly identifying mental disease from the start.

This would help those who develop mental disorders at a young age — which accounts for roughly three-quarters of all serious mental illness patients — seek appropriate treatment early, giving them a better chance at developing a healthy, productive lifestyle.

Classifying substance abuse as a mental health issue as opposed to a criminal issue would also keep mental health patients out of prison and introduce them to beneficial treatments.

Californians should pressure their local representatives to take a stand for the development of greater mental health leadership within their state.

Voicing the need for mental health services at the community level can lead to changes statewide, which will help all mental health patients across California gain access to the care and treatment they need.

A more robust mental health system will ensure that all mental illness is properly addressed, creating a safer and healthier space for everyone.