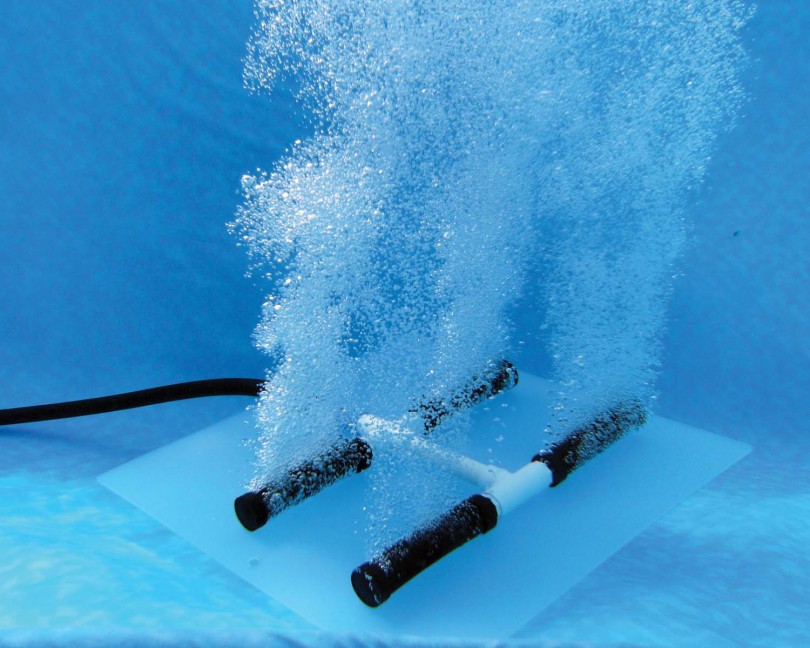 You have probably come across the term water aeration, but what does it mean? Water aeration is defined as the process of increasing or maintaining a particular level of oxygen saturation of water in both natural and artificial water ponds.

Oxygen is a crucial component of a healthy marine ecosystem, and its absence or limited supply can lead to some problems which make no point of having a water point in your backyard.

The primary goal of aeration is to uniformly infuse a substantial amount of dissolved oxygen across the entire water body by using water aeration systems. 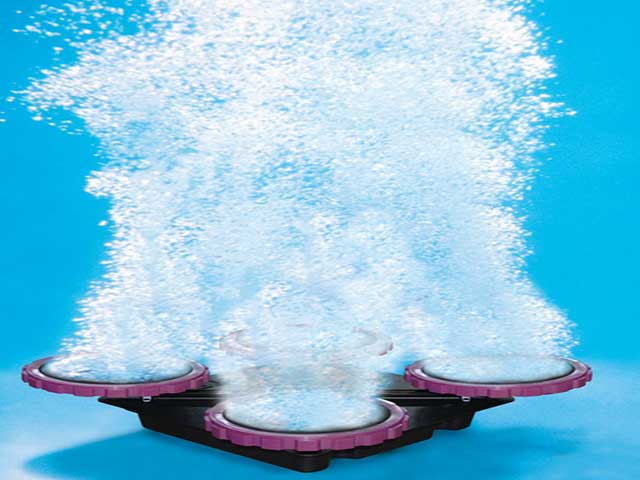 Aeration generally involves passing large volumes of air through water and then channeling the air outside the pond.

The passed air absorbs dissolved gases as well as volatile gases released from the water and are then vented. Certain minerals, including magnesium and iron, are essential for a healthy aquatic environment and are therefore trapped back to the pond.

Depending on the size of the pond, different aeration systems can be used ranging from a simple tank that can be held in water to a more complex aeration system packed with materials to remove dissolved gases. After the aeration process, the pressure generated from a pump is used to distribute water evenly across the pond.

Depending on the size of the pond, there are two main water aeration option: Surface aerators and diffused aerators
Surface Aerators.

Surface aerators are ideal for shallow ponds less than 6 feet deep. These aerators consist of aeration components that float on the surface of the pond. The aeration mechanism used is referred to as air-to-water contact where water is drawn from 2 feet deep and projected to air using a pump to absorb atmospheric oxygen.

As the water gets back to the pond, it’s filled with oxygen and rest on the surface of the pond. Venting of gases also occurs in the process. Surface aerators function best in shallow ponds since oxygen transfer is just taking place at the surface and not inside the pond. These aerators come in different designs of spray patterns.

Diffused aerators are perfect for deep ponds. These aerators consist of a powerful compressor which sucks air from the atmosphere and pumps it into the pond via a hose linked to an underwater unit.

The underwater unit is also made up of diffusers which push air to the bottom of the pond and create bubbles which naturally rise to the surface of the pond.

The bubbles de-stratify the water by mixing the oxygen insufficient bottom water with the oxygen-rich water at the top of the pond. The overall effect is an evenly aerated entire pond.

4. What Are The Benefits Of Pond Aeration?

As earlier stated, oxygen is a crucial requirement for a healthy aquatic environment that can support aquatic life.

While ponds naturally receive dissolved oxygen from a variety of sources, including plant respiration and atmospheric surface agitation, it may not be enough to sustain the demand for oxygen in the aquatic ecosystem.

It’s therefore essential to keep ponds aerated as it comes with a lot of benefits including: 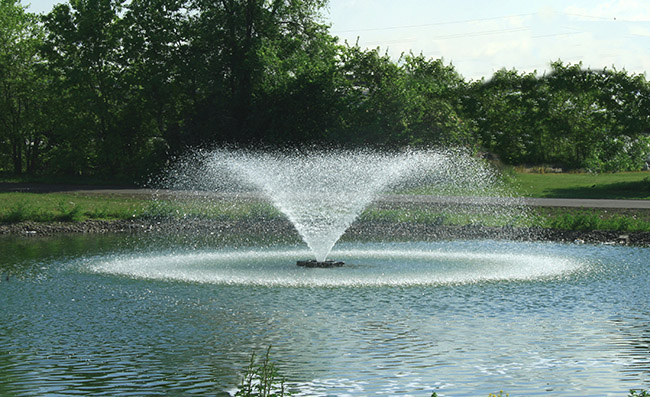 Muck is formed from nutrient particles which accumulate at the bottom of the pond as it ages. As the muck continues to form, it gives the pond a bad odor and also provides a habitat for harmful pest such as leeches.

The build-up of muck can be avoided by aerating the pond to increase dissolved oxygen. A substantial amount of dissolved oxygen encourages the colonization of anaerobic bacteria which consume decomposing debris and prevents muck build-up.

The accumulation of decomposing debris, as well as the build-up of muck, causes the water to appear murky. However, with sufficient aeration, the build-up is reduced and the debris digested by aerobic bacteria causing the pond to appear clear and clean.

The thermocline is a border between the warmer surface water and the colder, deeper water. Aeration eliminates the thermocline layer by circulating and mixing water in the pond.

The bottom oxygen-starved water is moved to the surface so that it can become infused with oxygen while the warmer, oxygen-rich water drops to the bottom of the pond. The mixing of warm and cool water minimizes the temperature difference, therefore, prevents the formation of the thermocline layer. 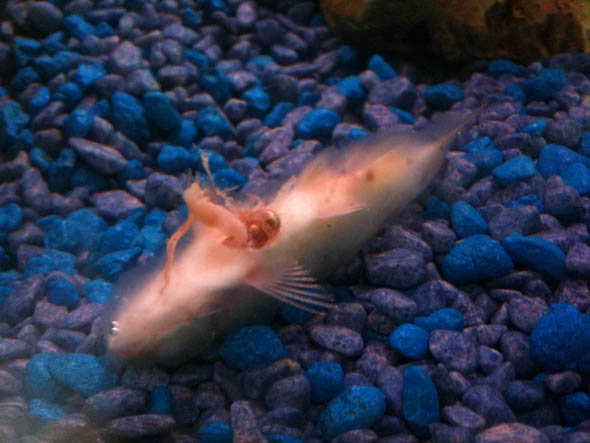 Low oxygen concentration in ponds poses a risk to fish and can cause their death. This mainly occurs in winter where gases release from decomposing debris becomes trapped in frozen ponds leading to fish suffocation. Aeration is essential because it supplies the fish with fresh oxygen hence prevents their suffocation.

Aeration is a vital practice in the management of ponds as well as other water bodies. It increases the concentration of dissolved oxygen as well as reduces the accumulation of organic muck that builds at the bottom of the pond.

Proper aeration fastens the decomposition of organic materials and eliminates the foul smell of a rotten egg associated with poorly aerated ponds.