Home » Best TV Shows Of 2020: From High Fidelity To Mrs America And The Crown 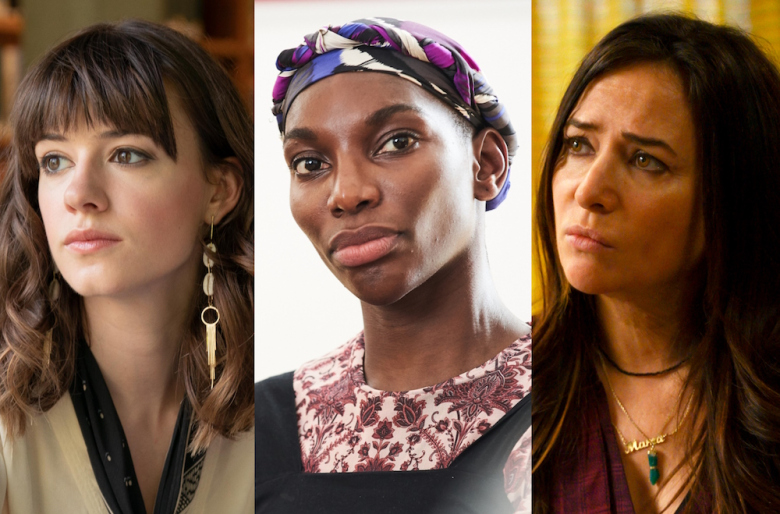 2020 has been a horrible year because of Covid-19 and prolonged lockdown. It would have been far worse if we had not some compulsively watchable shows to stream.

We have picked up 20 best TV shows of 2020 that provided much needed relief from the depressing news.

1. The Haunting of Bly Manor

After an au pair’s tragic death, Henry hires a young American nanny to care for his orphaned niece and nephew who reside at Bly Manor with the chef Owen, groundskeeper Jamie and housekeeper, Mrs. Grose.

Thirty-something Rob Gordon, a former club DJ, owns a not so lucrative used record store in Chicago. He not so much employs Barry and Dick, but rather keeps them around as they showed up at the store one day and never left. All three are vinyl and music snobs, but in different ways. Rob has a penchant for compiling top five lists. Rob admits that there have been a few incidents in their relationship which in and of themselves could be grounds for her to want to break up. To his satisfaction, Laura is not on this top five list. Rob feels a need not only to review the five relationships, which go back as far as middle school when he was twelve, and try to come to terms with why the woman, or girl as the case may .

A computer engineer investigates the secretive development division in her company, which she believes is behind the disappearance of her boyfriend.

4. I May Destroy You

The question of sexual consent in contemporary life and how, in the new landscape of dating and relationships, we make the distinction between liberation and exploitation.

After the stories of Jango and Boba Fett, another warrior emerges in the Star Wars universe. The Mandalorian is set after the fall of the Empire and before the emergence of the First Order. We follow the travails of a lone gunfighter in the outer reaches of the galaxy far from the authority of the New Republic.

This show focuses on Queen Elizabeth II as a young newlywed faced with leading the world’s most famous monarchy, while forging a relationship with legendary Prime Minister Sir Winston Churchill. The British Empire is in decline, the political world is in disarray, but a new era is dawning. Peter Morgan’s masterfully researched scripts reveal the Queen’s private journey behind the public façade with daring frankness. Prepare to see into the coveted world of power and privilege behind the locked doors of Westminster and Buckingham Palace.

Comedy exploring the lives of young people in modern rural Britain, focusing on cousins Kerry and Kurtan and their lives in the Cotswolds.

After years of swimming every day in the freezing ocean at the tip of Africa, Craig Foster meets an unlikely teacher a young octopus who displays remarkable curiosity. Visiting her den and tracking her movements for months on end he eventually wins the animal’s trust and they develop a never before seen bond between human and wild animal.

Among the eccentrics and cult personalities in the stranger-than-fiction world of big cat owners, few stand out more than Joe Exotic, a mulleted, gun-toting polygamist and country western singer who presides over an Oklahoma roadside zoo. Charismatic but misguided, Joe and an unbelievable cast of characters including drug kingpins, conmen, and cult leaders all share a passion for big cats and the status and attention their dangerous menageries garner.

A female celebrity has her whole life upended when her phone is hacked and a photo of her emerges in an extremely compromising position.

Grace Fraser is living the only life she ever wanted for herself. She’s a successful therapist, has a devoted husband and young son who attends an elite private school in New York City. Overnight a chasm opens in her life: a violent death, a missing husband, and, in the place of a man Grace thought she knew, only a chain of terrible revelations. Left behind in the wake of a spreading and very public disaster and horrified by the ways in which she has failed to heed her own advice, Grace must dismantle one life and create another for her child and herself.

The series follows a young woman brought up in an ultra-Orthodox community in Brooklyn’s Williamsburg district who strikes out for Berlin, leaving behind an arranged marriage and tight-knit faith community in part to pursue her goal discovering her path.

Marianne and Connell’s time at secondary school in County Sligo on Ireland’s Atlantic coast, and later as undergraduates at Trinity College Dublin. The focus is mainly Connell’s and Marianne’s complex relationship. Among her peers at secondary school Marianne is regarded as an oddball, though she rejects having any care for social standing. Despite her academic achievements, her home life is complicated by her dismissive mother, Denise, and resentful brother, Alan. Her father is deceased and is revealed to have been a domestic abuser, though her family avoids mentioning him.

The comedic story of middle school seen through the eyes of two 7th grade girls dealing with the awkwardness of being a teenager.

A look into the daily (or rather, nightly) lives of three vampires, who’ve lived together for over 100 years, on Staten Island.

Lovecraft Country follows Atticus Freeman as he joins up with his friend Letitia and his Uncle George to embark on a road trip across 1950s Jim Crow America in search of his missing father. This begins a struggle to survive and overcome both the racist terrors of white America and the terrifying monsters that could be ripped from a Lovecraft paperback.