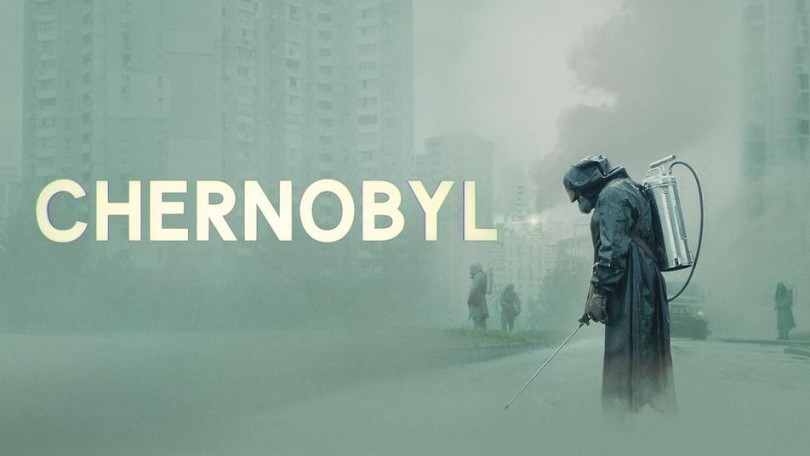 HBO’s mini-series Chernobyl has already become the highest-rated show ever, getting a 9.7 out of 10 star average on IMDb.

Scroll Down For Chernobyl Trailer

Chernobyl is based on the real event that took place in April 1986 at the Chernobyl nuclear power plant in the Union of Soviet Socialist Republics. It was one of the worst man-made disasters.

This series is dramatization of actual, real-life horror story  about the people who sacrificed their lives after a reactor at the Chernobyl nuclear power plant exploded in 1986.

Here are the top ten reasons why Chernobyl mini-series is now the top-rated show of all time.

1. It Is Based On real Events.

They’ve given their lives to this catastrophe, now the truth will be revealed. The series finale of #ChernobylHBO premieres tonight at 9PM.

It is based on worst nuclear disaster in history that took place in April, 1986 at the Chernobyl nuclear power plant in Soviet Ukraine.

2. They Got The Details Right.

The show’s screenwriter, Craig Mazin had earlier penned such comedy hits as Identity Thief, Scary Movie 3 and 4, and The Hangover Parts II and III. Chernobyl was a completely different assignment. For this he tapped into all kinds of sources for material.

3. It Is Not A Conventional Horror Show.

If you are used to watching traditional horror show, then you are going to have different experience here. Despite you knowing in advance about the accident, the show will manage to be fully scary.

4. It Is Full Of Gripping Detail.

One Independent reviewer has this to say about this film: “No piece of dramatized non-fiction has ever felt this authentic.” Chernobyl is full of gripping detail and stunning visuals that at times make it shift-in-your-seat real for the viewer.

5. It Is More Than A Historical Drama.

The show has many scenes which have created stunning visuals of the disaster. One such stunning visual came in episode 1, when the nuclear power plant is engulfed in flame. Everything in the show seems as grounded and real as possible.

7. Events Are More Important Than Characters.

There is no central character in the show as most of the show’s characters are based on real life participants. Khomyuk’s character was the only invented character.

8. It Is Very Educational.

In “Chernobyl,” you will find accuracy that you have never seen befor either in films or television show. Clothes, objects, and light itself seem to come straight out of nineteen-eighties Ukraine, Belarus, and Moscow. However, the show also got something terribly wrong.

9. It Is Horrifyingly Relevant

Watching the show make you realize that people everywhere are still bound by a common thread, and lies and political expediency that led to the tragedy still occur.

10. It Gets Positive Review From Critics

It got 96% rating on Rotten Tomatoes. The Guardian says  that the show will be remembered for crafting a remarkably cogent and multivalent drama, one aided by impeccable performances.

How HBO’s Chernobyl Differs from the TRUE story

HBO’s five-episode limited series “Chernobyl” recounts the the true story of the 1986 nuclear meltdown in Soviet-era Ukraine. However, it’s a dramatization! Though many events chronicled in the show are based in reality, the miniseries has a few discrepencies with historical accounts.

In the video, you can see what’s true and what’s fabricated in this dramatized version of events.

Here are a few examples of discrepancies with the historical accounts:

Have you noticed the thick pillar of black smoke spewing out the power plant? However, in reality, it was more likely thin columns of white vapor which were coming out from the reactor.

In episode one, an elderly Bolshevik by the name of Zharkov is fictional, who is urging offiicals not to raise alarm about the accident. It’s also an act of fabrication. Does Zharkov speech accurately reflect the government’s rationale at this point of time?

Chernobyl is the biggest nuclear catastrophe to date. However, according to a senior nuclear-energy expert at Greenpeace, Legasov’s comparison of Chernobyl to Hiroshima doesn’t quite make sense.

In episode two, we see a helicopter crash, but the show moved this incident up chronologically. The crash actually happened months after they were dousing the fire.

Ulana Khomyuk, a scientist from the Belarusian Institute for Nuclear Energy, is one of the fictional characters in the show. Khomyuk travels to Chernobyl uninvited, interrogates the plant supervisors in their hospital rooms, and soon enough even finds herself in the presence of General Secretary Gorbachev. Khomyuk was imagined as a composite character to represent the many scientists who led the cleanup effort.

Khomyuk warns the council that a second explosion could occur, ejecting even more radioactive material from the at a force of up to 4 megatons.  This estimate is probably an probably an exaggeration, according to Haverkamp.

In order to prevent the steam explosion that Khomyuk warned about, three volunteers dive into radioactive water to open the tank valves. The show has taken a few liberties here. According to one of the divers, Alexi Ananenko, they didn’t volunteer for the job.

If you’re still looking for more such erroneous representation of facts.

Things You Should Know About Chernobyl