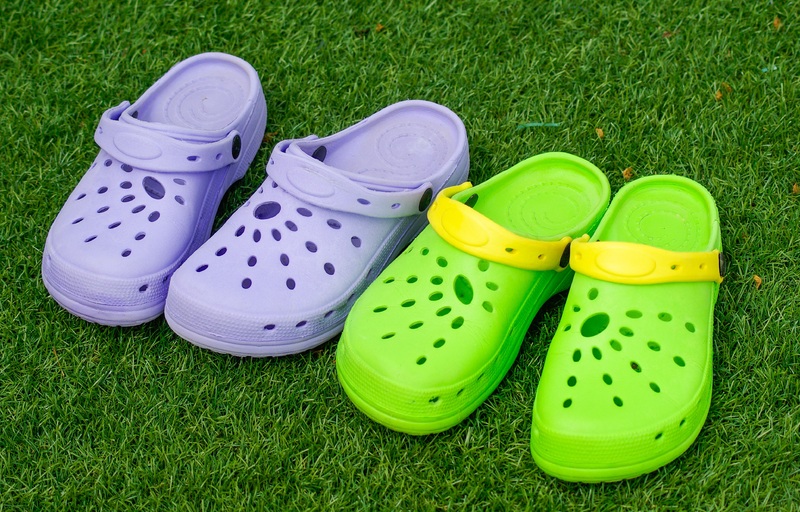 There is nothing unique about a croc shoe that strikes you right away. Fashion critics and magazines have criticized the shoe since it first entered the market. Most of the criticism has been on his slipper and clog design.

Despite the unpleasant reviews, crocs have spread worldwide and dominated shoe trends. Here is how and why crocs grew to become a global phenomenon.

George Boedecker Jr and Lyndon Hanson became aware of an antimicrobial resin foam in 2002. They decided to use the new invention to manufacture shoes. They intended crocs to be waterproof and affordable.

The founders called the first Crocs shoe Beach. They then enrolled in a boat show and managed to sell 200 pairs at the show.

Crocs began attracting dedicated fans who offered praise for the company and the shoe. The company experienced rapid growth and was able to go public in 2006. The shoe is very comfortable, even though it continues to be mocked for its looks.

The trending shoes started to falter in the late 2000s. By 2010, sales were dwindling, and the criticism was mounting. The situation got so bad that Time magazine named the crocs one of the 50 worst inventions in 2010.

In response, the Crocs Company had to cease hundreds of stores and manufacturing facilities. It also had to do away with some features and focus on a few products. It also changed its marketing strategy to attract a new audience.

The company’s new strategy began to bear fruit in 2012. In particular, Crocs focused on fashion influencers. It collaborated with major celebrities such as Post Malone, Bad Bunny, and Justin Bieber.

Crocs then came up with some innovative prints. The release of the prints always coincided with massive social media campaigns. By the late 2010s, Crocs was garnering millions of views each month on the major social media platforms.

Crocs have become a footwear leader due to their focus on unique design. Professionals and households have embraced footwear due to its aesthetics.

Nurses, chefs, and other professionals who have to walk around while on duty are the biggest customers of crocs. These professionals prefer crocs because they are hardy and can last for decades. The shoe also has a non-slip design that makes them easier to clean and ideal for slippery areas.

Crocs shoes come with a resist odor and can easily fit on every person’s feet. They also offer comfort and support that the typical pair of sneakers can’t provide.

Crocs had to get the help of celebrities to overcome the criticism and ridicule from fashion commentators. The company carefully selected celebrities.

Post Malone was one of the first people to endorse Crocs shoes. The collaboration used the brand name “Posty Co.” and revolved around Malone’s tattoo. The first pair associated with Post Malone’s collaboration sold in less than an hour.

It wasn’t long before Crocs struck a deal with Malone to do a second collaboration. This was at a time when Post Malone had released a popular album. The latest Crocs collaboration is a unique design, bringing together barbed wire designs as well as black and yellow custom colors.

To take the brand global, Crocs needed an international superstar. They found one in Justin Bieber. Justin Bieber had become a global phenomenon and had a huge global following, especially among teenagers.

Justin’s clothing brands and Crocs struck a deal to come up with an innovative shoe. The show would have the clothing brand’s bright yellow colors.

Justin announced the collaboration in an Instagram post that showed the Crocs in a pool. Within minutes, Crocs stock price increased by double digits. The design was launched a few days later and was sold out in less than two hours.

Crocs decided to collaborate with a celebrity whose primary audience wasn’t music lovers. In 2018, the company announced it would be collaborating with Drew Barrymore to release a new design.

Drew Barrymore is a talk show host with a huge following among women. She was the face behind the release of a limited edition shoe line.

The shoe was very popular amount kids and women. Unlike previous Crocs, this particular brand focused on embellishments and style. It primarily targeted the generation Z market and was worth the effort.

Today, there are multiple Crocs brands for sale. Each brand is loved or hated in equal measure. Some of its popular lines are classic clogs, classic marbled clogs, and classic solarized sandals.

Classic clogs remain the most popular Crocs in the world. It is comfortable, lightweight, and instantly recognizable. It also has great cushioning.

Classic marbled clog has patterns to enhance aesthetics. It is perfect for summer and can elevate your design.

Classic solarised sandals have a white color with some rainbow shades. The color pop makes them comfortable and perfect for summer wear.

Palace x Crocs partnered to create this majestic and rare shoe. The Crocs have jungle camouflage and can blend in with any forested clothing. You can choose from either Palace Camo or Palace Desert.

There are also other exciting Crocs brands on the market. Your preferred choice will depend on budget and intended use. If you want to know other Crocs collections, view here.

Understand the Growth of Croc Shoe

A croc shoe is not the most attractive type of shoe, but they have become hugely popular. From humble beginnings in 2002, the company now sells millions of shoes daily. This growth is partly due to strategic influencer collaborations and many redesigns.

Do you need additional fashion advice? Please read our other blogs for more tips.