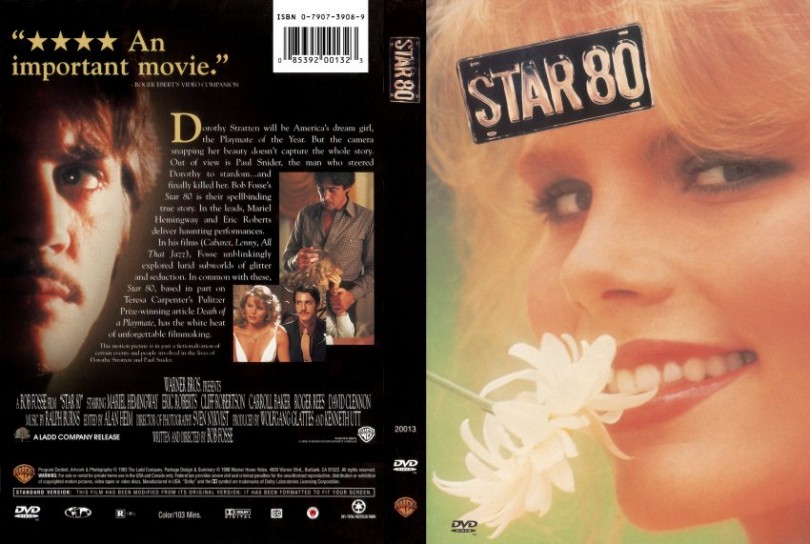 Adult film director Jack Horner is always on the lookout for new talent and it’s only by chance that he meets Eddie Adams who is working as a busboy in a restaurant. Eddie is young, good looking and plenty of libido to spare. Using the screen name Dirk Diggler, he quickly rises to the top of his industry winning awards year after year. Drugs and ego, however, come between Dirk and those around him and he soon finds that fame is fleeting.

Darkly comic, vastly entertaining and utterly original, Paul Thomas Anderson’s “Boogie Nights” is one of the most ambitious films to have come out of Hollywood in some time. Spanning the height of the disco era, 1977-84, pic offers a visually stunning exploration of the adult entertainment industry, centering on a hard-core movie outfit whose members form a close-knit extended family. 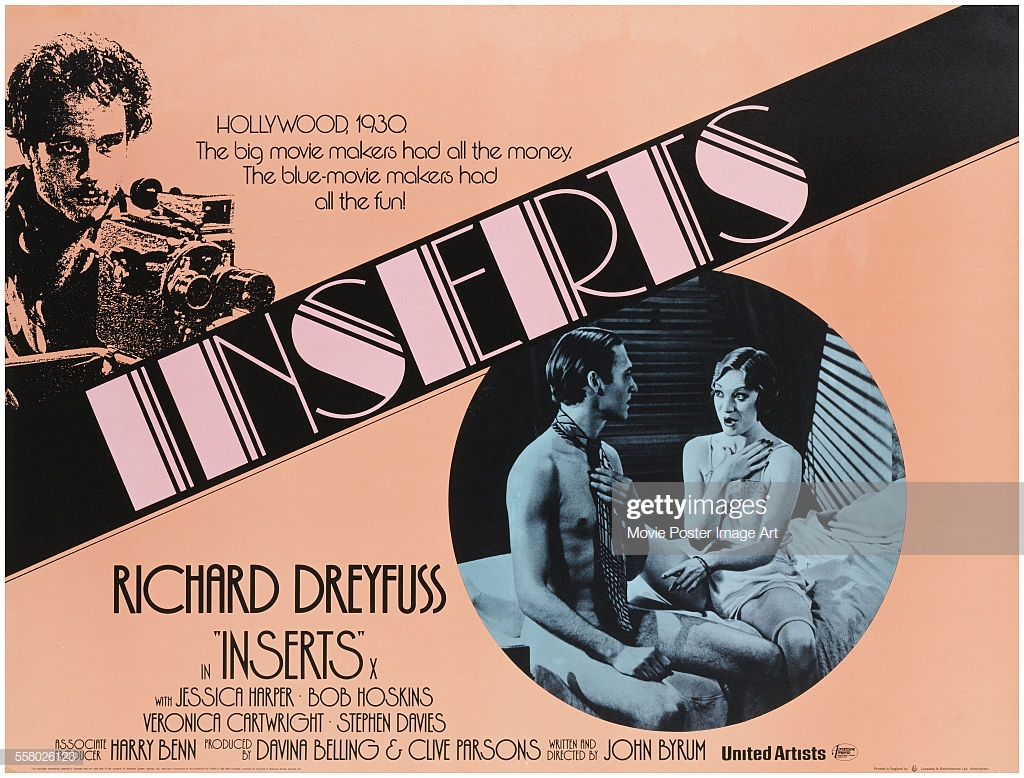 A once-great silent film director, unable to make the transition to the new talkies, lives as a near-hermit in his Hollywood home, making cheap, silent sex films, and suffering in the knowledge of his sexual impotence, and apathetic about the plans to demolish his home to make way for a motorway. His producer and his producer’s girlfriend come by to see how he is doing (and to supply heroin to the actress as her payment). The girlfriend stays to watch them filming, and is deeply impressed by his methods. When the actress goes to the bathroom, and dies there of an overdose, the girlfriend takes her place in the film. Then the producer returns.

Beyond the sexual activity, Inserts also functions as a commentary on Hollywood past. It was part of a trend of movies that looked back at that period of moviemaking. The previous year had seen the seamier side, in James Ivory’s The Wild Party (March 1975) and John Schlesinger’s The Day of the Locust (May 1975), and the more nostalgic angle, in Howard Zieff’s Hearts of the West (October 1975).

Inserts was followed in 1976 by Mel Brooks’ Silent Movie (June), Elia Kazan’s The Last Tycoon (November) and Peter Bogdanovich’s Nickelodeon (December), and in 1977 by Ken Russell’s Valentino, (October) and Gene Wilder’s The World’s Greatest Lover (December), among others.

The appearance, however, turns out to be at a strip club, where she is expected to perform just like the younger girls — and when Tobe tries to shut up some insulting patrons, they take him outside and kick his ass. So Monica winds up taking him home. Talk about meeting cute.

This indie movie by Lynn Shelton is a mumblecore bromance with a bizarre high concept that may well have begun as an unrealised real-life dare. Two best friends in their 30s challenge each other to star in a hardcore art-porn event, staging a full-on sex act between two heterosexual men, radically demonstrating non-sexual comradeship and confidence in their own straightness.

When Jay (Jason Segel) and Annie (Cameron Diaz) first got together, their romantic connection was intense – but ten years and two kids later, the flame of their love needs a spark. To kick things up a notch, they decide – why not? – to make a video of themselves trying out every position in The Joy of Sex in one marathon three-hour session. It seems like a great idea – until they discover that their most private video is no longer private. With their reputations on the line, they know they’re just one click away from being laid bare to the world… but as their race to reclaim their video leads to a night they’ll never forget, they’ll find that their video will expose even more than they bargained for.

Sex Tape is a strained naughty-but-nice comedy about a happily married couple called Annie and Jay, played by Cameron Diaz and Jason Segel, who film themselves on their iPad having sex to spice up their boring bedroom lives, but then discover that through their “syncing” software this video appears on a whole bunch of other iPads that Jay uses for his work in the music business, and now in the hands of friends and colleagues. Their sex tape threatens to go viral.

Jon Martello objectifies everything in his life: his apartment, his car, his family, his church, and, of course, women. His buddies even call him Don Jon because of his ability to pull “10s” every weekend without fail. Yet even the finest flings don’t compare to the transcendent bliss he achieves alone in front of the computer watching pornography. Dissatisfied, he embarks on a journey to find a more gratifying sex life, but ends up learning larger lessons of life and love through relationships with two very different women. 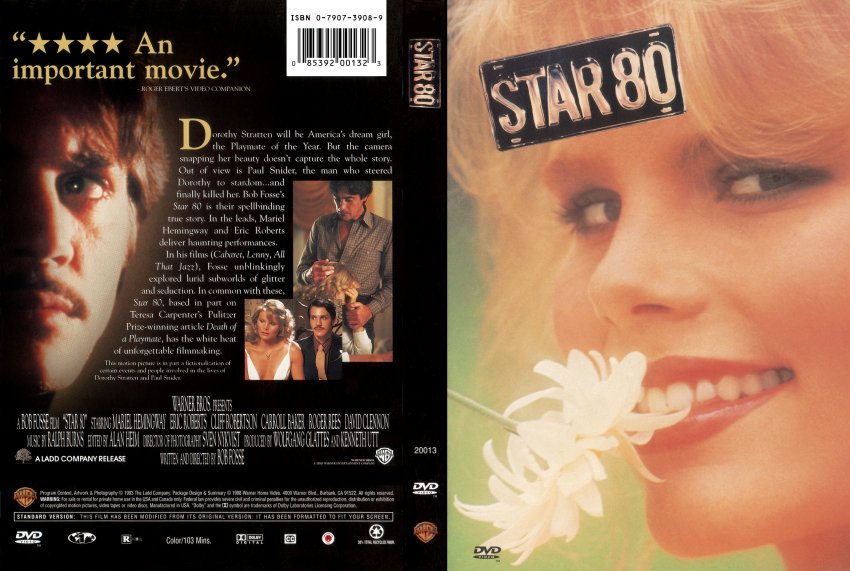 Paul Snider is a narcissistic, small-time hustler who fancies himself a ladies man. His life changes when he meets Dorothy Stratten working behind the counter of a Dairy Queen. Dorothy is a pretty but naive high school senior. Paul immediately falls for Dorothy, who sees in Paul a wise, worldly person unlike herself. Paul believes Dorothy is Playboy material, the magazine he sees as only a springboard to bigger and better things.

Paul’s dream does become a reality: not only does Dorothy eventually marry him, she becomes the August 1979 Playboy Playmate and ultimately Playboy Playmate of 1979, which does indeed lead to the start of an acting career. As Dorothy’s star rises, Paul’s life is one of a hanger-on as those in Dorothy’s new circle, including Playboy publisher Hugh Hefner and movie director Aram Nicholas, don’t much like Paul. Paul is unable to eke out a life of his own without using Dorothy’s name, which she increasingly is reluctant to provide to her husband.

The film follows Dorothy as she rises to fame as a centerfold, only to be shot and killed at the age of twenty. Her husband, Paul Snider, then violated her body before turning his gun on himself. Fosse’s work often veers into dark territory, but rarely with as serious an eye as it does in this 1983 film. Addiction, racism, disease and death all feature heavily in his vision, from “Lenny” to “All that Jazz.” But prior to “Star 80,” taboo subjects had a degree of decadent charm for the director.

Bucky Larson: Born to be a Star is not an Adam Sandler film, though it is a Happy Madison motion picture. For those who don’t know, Happy Madison is Sandler’s production company. Sandler uses Happy Madison not only for his own films, but quite often to produce fairly standard, low-budget fare that keeps his buddies employed. I’ve long expressed my admiration for Sandler’s loyalty to his inner circle, an inner circle that pops up frequently in his films, both on and off the screen.

Allen Covert is a frequent writer, producer and screen presence in these films along with folks like Nick Swardson, Rob Schneider, Kevin Nealon and a host of others. These films are, for the most part, blue collar versions of Sandler’s early films with lots of potty mouth humor, fart jokes, schoolboy fantasies and general silliness. At their best, they’re typically guilty pleasures of the lowbrow variety. At their worst, like Strange Wilderness, their downright painful to watch.

Review: THE GLOBE AND MAIL

The heroine of the sloppy showbiz biopic Lovelace is introduced sunbathing in her suburban Florida backyard with her best friend: The joke is that Linda (Amanda Seyfried) is shyer than her pal about loosening her bikini straps and letting it all hangout. From shyly uptight to iconically wide-open, that was the arc travelled by Lovelace (born Linda Susan Boreman in Yonkers, New York) in the early 1970s, as she became the most famous pornographic performer in the world on the strength of a single film: 1972’s Deep Throat.

In her 1980 autobiography Ordeal, Lovelace claimed that she was only ever paid $1,250 dollars for her work in Deep Throat, and also that her husband, Chuck Traynor, bilked her out of further earnings and abused her physically and psychologically until their divorce in the mid-seventies. That Lovelace focuses almost exclusively on Lovelace’s increasingly fraught relationship with Traynor (Peter Sarsgaard) is understandable, but by omitting certain key details of their subject’s life before and after this bleak period, directors Rob Epstein and Jeffrey Friedman settle for a titillating, exploitative snapshot instead of a fully rounded portrait.

18-year-old Matthew Kidman is a straight ‘A’ over-achiever who feels that he has never really lived life to the full. That is, until he meets ‘the girl next door’. Danielle moves in next door, and Matthew thinks he’s found the girl of his dreams. All is going well, until Matthew’s sex-mad friend Eli reveals that Danielle is actually a ex-porn star. Matthew doesn’t know how to take the news or how to treat Danielle, and things go from bad to worse when Danielle’s former producer Kelly appears to take her back.

Despite some fantastic turns of plot, there’s an essential truth about “The Girl Next Door” that sets it apart from other teenage sex comedies. With seeming effortlessness, the filmmakers invest the film with two qualities that might seem contradictory but aren’t: An almost animal-like sensibility regarding all matters sexual; and an open-hearted, yearning emotionality that feels sincere. With that combination, the movie captures, on the most basic level of tone and attitude, what it feels like to be a teenager, a teenage boy in particular.