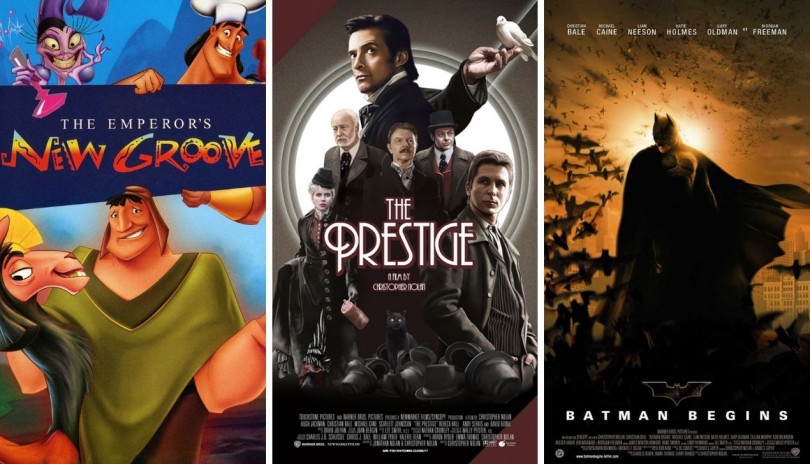 There are good movies. And there are bad movies. Some movies are overrated, and some are underrated. There are movies that failed to live up to the hype. But at the same time, there are many movies which surpassed all expectations, winning the hearts of both, audience and critics.

Recently, Reddit users shared movies they actually went to watch with no expectations and ended up really enjoying. Here are 15 such movies shortlisted by us from the Reddit thread:

My wife and mom wanted to go. I hadn’t heard much about it. They still tease me about how much louder I laughed than anyone else, including kids, in the theater. Obviously, it was an instant classic and still one of my favorite Disney movies of all time. — dboanimation

Never saw a trailer, knew nothing about it except everything that was on the movie poster. Ethan Hawke, Uma Thurman…why not. Walked out mind blown. — i_am_dort

Totally! We were talking about the future of genetic modification in humans for science class, and almost everyone in my class said that would be a good thing. Then the teacher showed us this movie, and it really made us think if that was the future we truly wanted. Fantastic movie. — emy2762

Never even heard of it until college (I was a shut in, okay. I was actually shocked to see so many A-list actors and yet I never heard of it). We were having a 24 hour movie marathon and I figured I may fall asleep through it. —elizerate_lizzard

If I had to pick a favorite movie, this would be it. It maintains a consistent and beautiful aesthetic. The soundtrack is great. The acting is absolutely top-notch fantastic. And the plot is complex, rewarding multiple watches. Truly a classic. — deltaexdeltatee

That sci-fi flick from last year with discount Tom Hardy (and a premise similar to Venom).

I knew almost nothing about it, only that it was directed by Leigh Whanell, who is not exactly a stellar director. Ended immensely enjoying it. Logan Marshall-Green was great in it. — Svarec

The previous installment (Batman and Robin) was the only movie I’ve walked out of halfway through, so I went into Begins having seen zero trailers and hearing nothing about it. I just assumed it couldn’t possibly be worse than the last one and was dragged to see it by some friends. It just blew me away. — stoic_minotaur

Went in just assuming it was some fun new movie about robots, didn’t realize it was gonna be such a mind trip. — realbigbob

I think about this movie all the time. It’s one of those where it feels like there should be a book, or at least some source material. Nope, just an extremely talented director and writer and a cast and production team that brought this movie to life. — srankie

The original trailers were just some title graphics and the phrase “The Fifth Element: It Must Be Found.”
All my friends and I knew going in were, Bruce Willis, science fiction. If anything, we thought it was going to be serious in tone. We walked out saying “WTF did we just see,” but we loved it. — Devonai

I saw this one in theaters with some friends. I thought it was going to be pretty dull and blah.

Then for whom the bell tolls came on to accompany some extremely funny slow mo shots and I thought, alright, this could be fun.

Then “CARDIO” blinks on and off as the main character runs around the parking lot. I almost fell over and now it’s one of my favorite comedies. — Rezzone

I was neither a fan of Jonah Hill or Channing Tatum, but so many of my students loved it I decided to give it a try. I was definitely not disappointed. — StuStuffedBunny

Always thought it was just some chick flick but man that’s got to be one of the funniest comedies i’ve seen. — Quinnjamin23

11. The Edge of Tomorrow

Was totally not expecting to enjoy the movie as much as I thought I would. — drayd38

Expected another unfunny Scary Movie style spoof. I have never laughed so much at a film before or since. Unfortunately it kinds set the bar a bit high so I didn’t enjoy the rest of the Cornetto trilogy as much. — Shas_Erra

The beatdown scene to “Don’t Stop Me Now” is one of my favorite segments in that movie. — Joshtice_For_All

I got early screening tickets so there were no reviews out to the public. I expected it to be one of those fun action flicks that I would forget about in 2 weeks. I didn’t expect one of the greatest action movies of all time. — PhreedomPhighter

Rocked up to a movie theater because we decided to see a movie but had no idea what was playing at the time and decided it was the thing we’d be the most likely to like.

Was hilarious and awesome and I really enjoyed it. Turns out it was based on a book by Neil Gaiman. So that explains that. — faoltiama

Seeing Stardust was my introduction to Neil Gaiman as an aesthetic. Before I saw it I knew him as the writer from Sandman and some other comics, but afterwards I dove right into his novels and fell in love with all his characters. — WilliamRandolphHurts

That scene where David uses B&W make up to cover up his mother’s color gets me in the feels every time.
It’s so rare we get to see a mother-son moment so tender in the movies. Beautifully done. — KevynJacobs