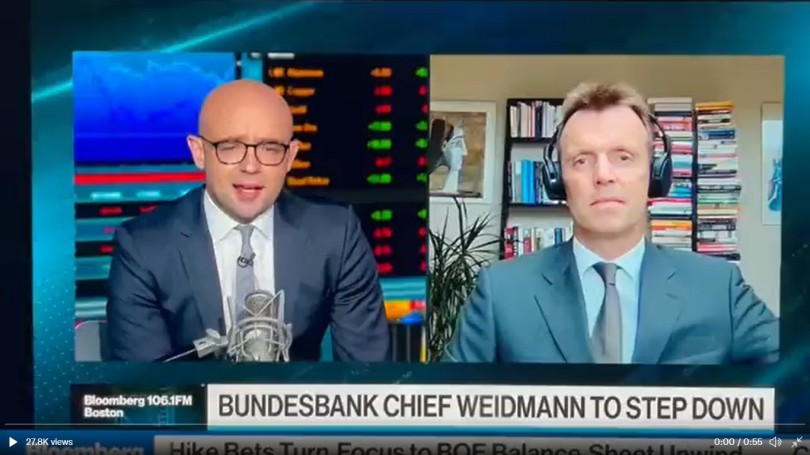 Even though many people work from home for more than a year, it is still possible to be caught off guard, especially when making video calls. On live television, a financial expert was interrupted on air by his son. The little boy’s joking started a laughing riot online.

Jacob Funk Kirkegaard (a senior fellow at GMF) was talking to Bloomberg News about the resignation of Bundesbank President Jens Weidmann. His son, however, walked into the frame and stole the show when experts were explaining how it would affect the German finance sector.

The little boy waved frantically at his father to get his attention, but Kirkegaard continued on with his poker-face. The father tried to push the child away. The father didn’t give up, and the child grabbed a stapler.

A special guest on @bsurveillance was very excited about Weidmann’s departure from the Bundesbank pic.twitter.com/o2sgMk2MK0

Jonathan Ferro, the show’s host, attempted to break the ice by making jokes and having fun. Ferro interrupted Kirkegaard and made a joke about his son: “Does your child work for the Greek government?”

Aggi Cantrill, Bloomberg producer, shared the clip on Twitter. Many commented on the funny incident and it reminded many of 2017’s BBC Dad Robert Kelly.

This video received a lot of attention online. While most parents said that this was nothing to be ashamed about, many others praised him for his calmness and composure. He did admit that he had trouble controlling his laughter at the end, as he replied to a Twitter user.