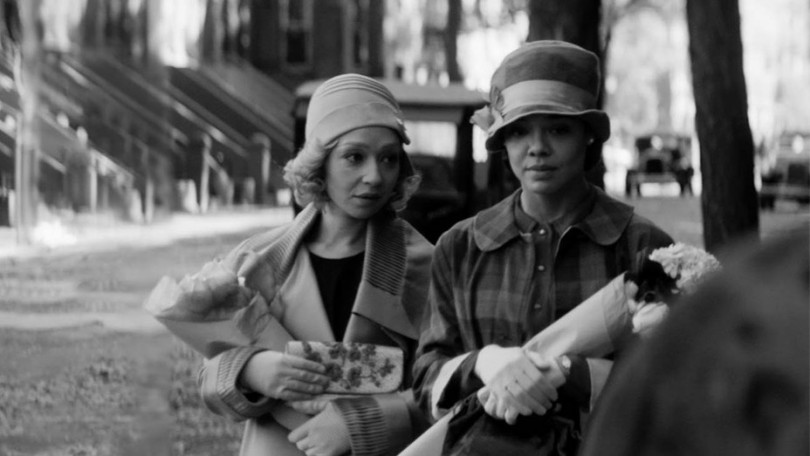 “Passing” follows the unexpected reunion of two high school friends, whose renewed acquaintance ignites a mutual obsession that threatens both of their carefully constructed realities.

In the mid-1920s, budding writer Nella Larsen set her eyes on joining the ranks of the rising “New Negro” writers spilling out of the Harlem Renaissance like Rudolph Fisher, Zora Neale Hurston, Langston Hughes, and their leader and mentor Alain Locke.

The Chicago native even relocated from New Jersey to Harlem to better place herself — and her husband, trailblazing physicist Elmer Imes — in the heart of the cultural action.

There’s a great deal of early promise to actor Rebecca Hall’s directorial debut, an ambitious adaptation of Nella Larsen’s much-loved and much-studied 1929 novel Passing, the kind of passion project that would most traditionally be a film-maker’s sophomore effort (after something smaller and personal to prove one’s ability).

A psychologically rich character study that slowly builds in tension until it becomes nearly unbearable, Passing is the assured feature debut of BAFTA-winning actress Rebecca Hall, who crafts a story about two women who see in each other something they want for themselves.

This adaptation of Nella Larsen’s 1929 novel focuses on the issue of “passing” — where a person classified as a member of one racial group is accepted (”passes”) as a member of another.

“We’re all of us passing for something or other, aren’t we?” muses Thompson’s melancholy character Irene Redfield. This is a dreamily atmospheric evocation of 1920s New York, its bursts of Jazz Age exuberance offset by the contained threat of people being unmasked.