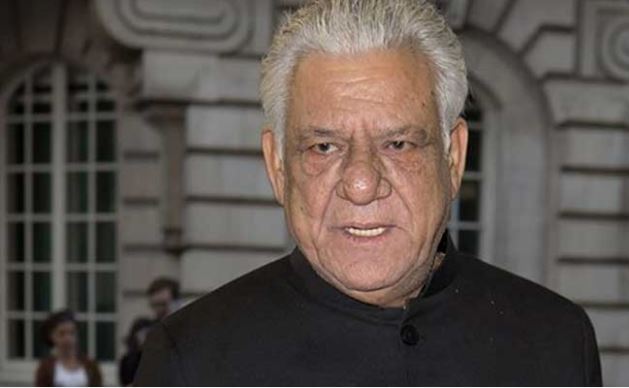 Om Puri, one of the most versatile and celebrated actors in India, died of a heart attack in Mumbai on Friday. He was 66.

The recipient of two National awards and two Filmfare Awards including a Lifetime Achievement Award, Om Puri had an illustrious film career spanning over four decades. Om Puri acted in over 250 films, his popularity transcending borders and stereotypes.

He rose to fame with groundbreaking films like Ardh Satya, Aakrosh and Paar. His popularity straddled mainstream films and what was described in the 1980s as parallel cinema. Fans on Twitter referred to his iconic roles in films like Jaane Bhi Do Yaaro and Maachis.

Om Puri, along with Naseeruddin Shah, Shabana Azmi and Smita Patil, were among the critically-acclaimed actors who featured in award-winning films like Bhavni Bhavai (1980), Sadgati (1981), Ardh Satya (1982), Mirch Masala (1986) and Dharavi (1992).

The acclaimed actor delivered some stellar performances in mainstream commercial Pakistani, Indian and British cinema apart from making a dent in Hollywood with his roles in ‘east is East’, ‘City of Joy’, ‘Gandhi’ and ‘The Reluctant Fundamentalist’. He was nominated for the Best Actor BAFTA for ‘East is East’ in 2000.

Om  Puri was an Indian actor who appeared in mainstream commercial Indian, British, and American films, as well as independent films and art films. He was awarded Padma Shri, the fourth highest civilian award of India, in 1990 and in 2004.

We pay homage to the departed soul, and have curated top 20 memorable Bollywood films of the veteran actor: 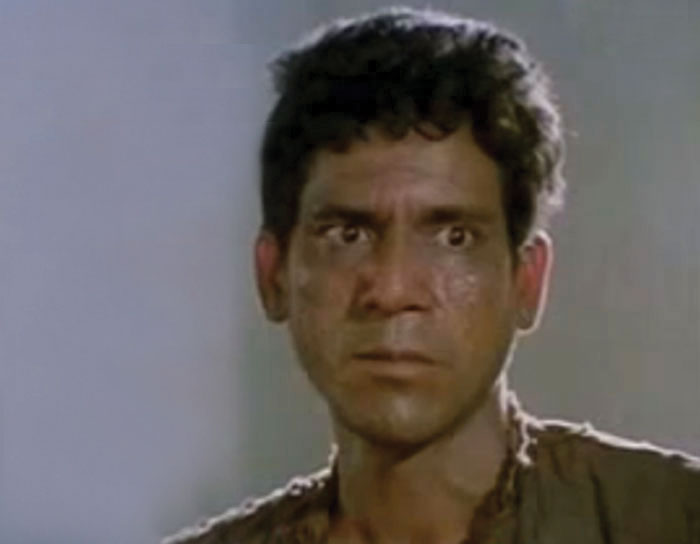 This Hindi movie had Amrish Puri, Om Puri and Naseeruddin Shah in pivotal roles. It was a realistic depiction of human emotions and is listed amongst first sixty films that have shaped film industry. Om Puri received his first Award at Filmfare in supporting category and movie went on to create history as it earned best film trophy at National Awards. 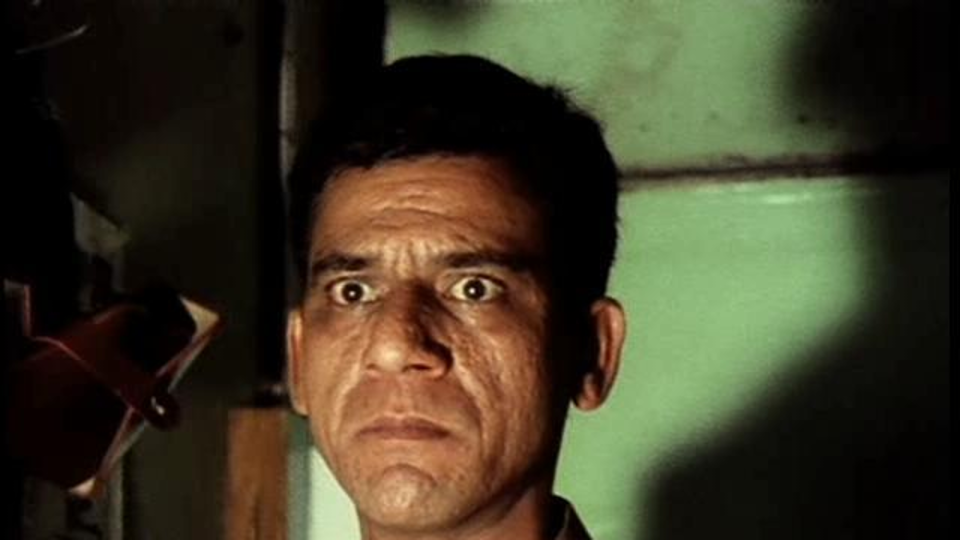 In this movie Om Puri, who is a poor farmer and becomes victim to cruelty of landlord. Movie was greatly appreciated by critics and it earned Puri his first National award in best actor category. 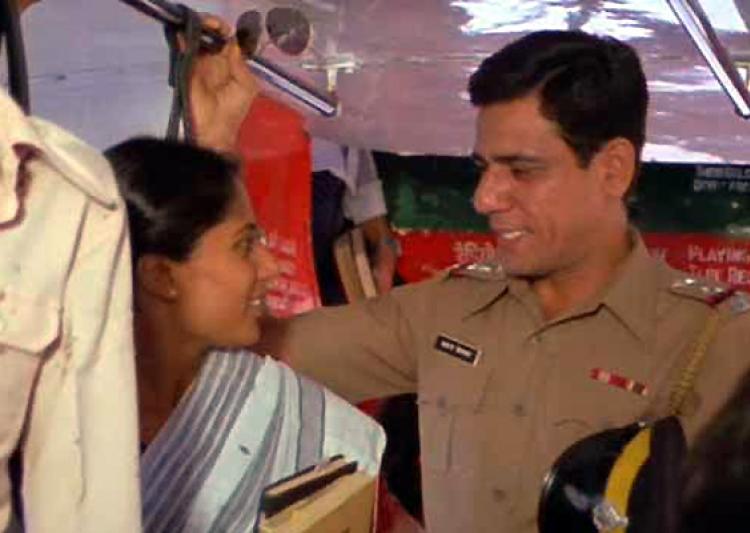 This was a cop-drama and Om Puri played the protagonist of this Hindi movie. Story revolved around him as he is unable to fulfil his duties properly as an honest cop. 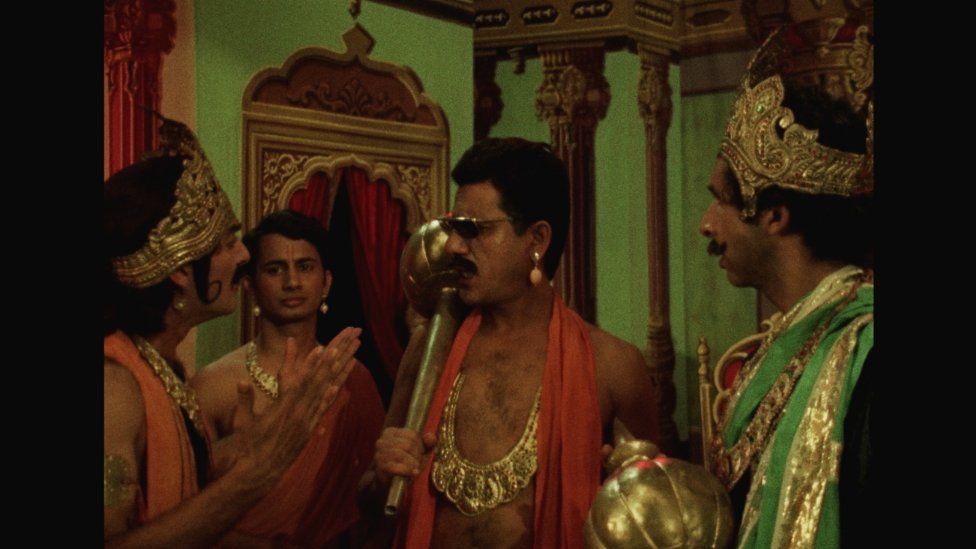 This was a dark comedy and its plot revolved around prevailing corruption in bureaucracy, politics, business and even news media. It had an ensemble cast of numerous talented artists and Om Puri played role of Ahuja, a corrupt and dishonest man.

Maachis was an action drama and was released in year 1996.It had an ensemble cast of talented actors like Tabu, Om Puri and Chandrachur Singh. Sikh insurgency is the backdrop of this movie and plot revolves around youth of Punjab who are sandwiched between political deficiencies and ideology. 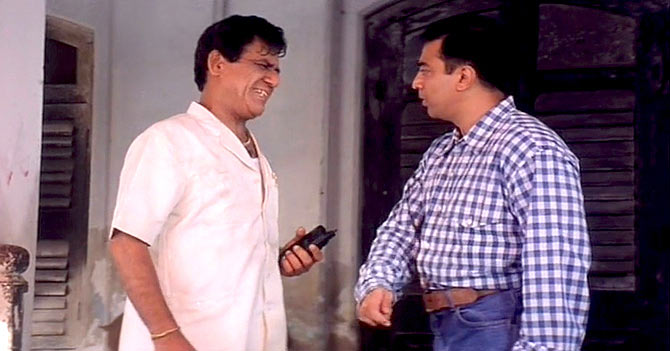 Chachi 420 was a remake of an earlier Tamil Movie and was inspired by a Hollywood film Mrs. Doubt fire. In this film Om Puri was cast as Amrish Puri’s PA, who has a suspicious nature.  Movie went on to create good business at box-office and was also applauded by critics for fine performances of actors. 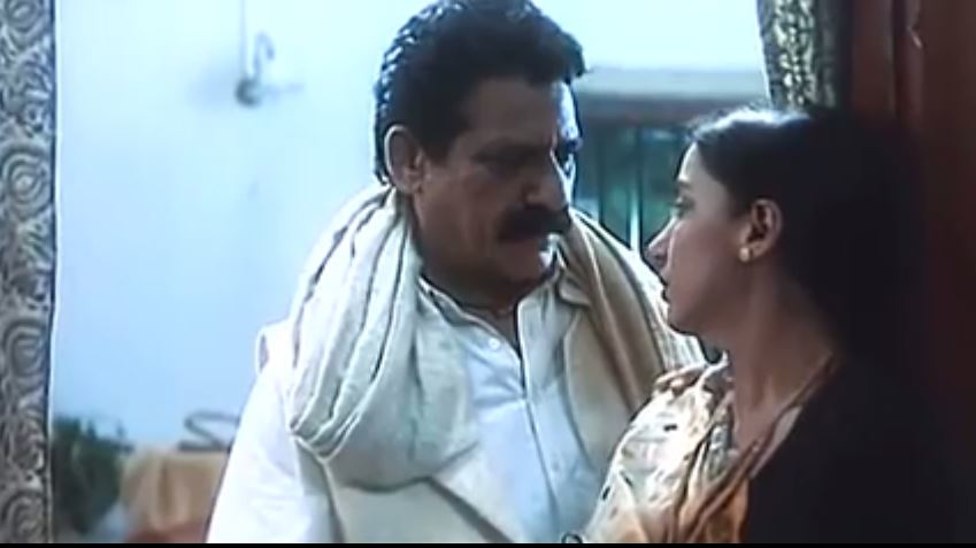 Om Puri was cast as Rambaran Mahto and this film was deeply applauded for such a strong subject. 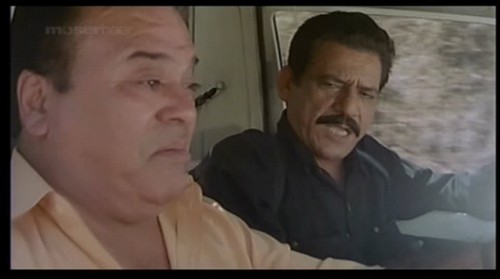 It was a remake of an earlier film from Hollywood. This Hindi movie had Kajol and Ajay Devgan as main leads and Om Puri played role of Inspector Khan. It was third highest earner of that year and Om Puri earned a nomination in supporting actor category at Filmfare Awards. 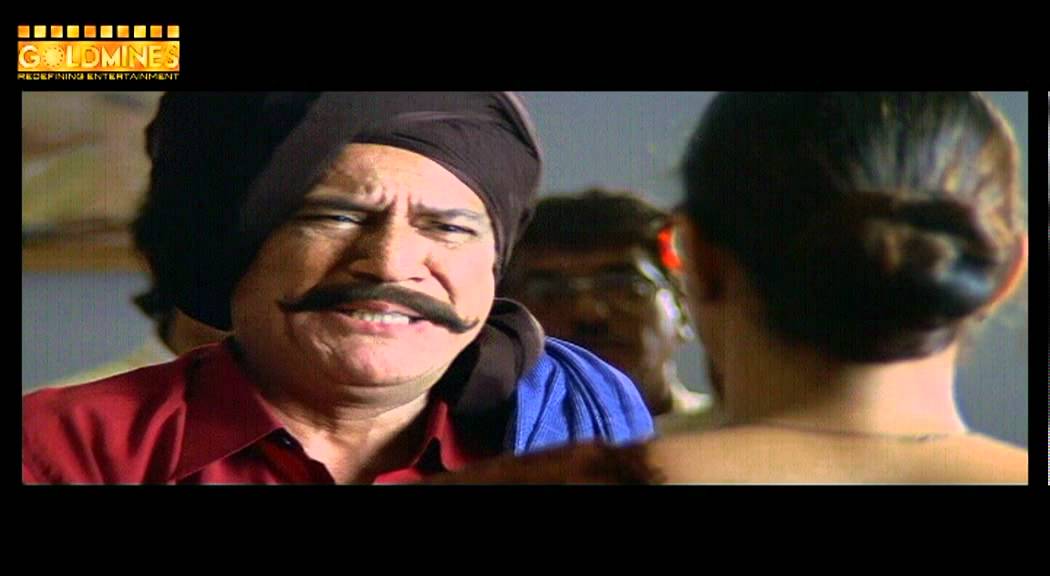 This Hindi film had an ensemble cast of actors like Tabu, Akshay Kumar, Sunil Shetty and Om Puri played a comic role of Khadak Singh. Movie was one of the biggest earners of that year and was highly praised by critics. 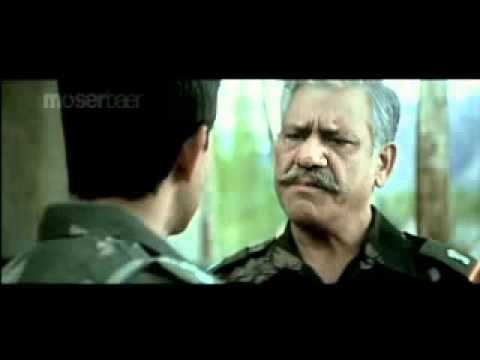 Om Puri played role of Pritam Singh, Sub Major. Movie was a big hit and one of the highest earners of that year. It was hailed by critics as one of the best commercial movies. 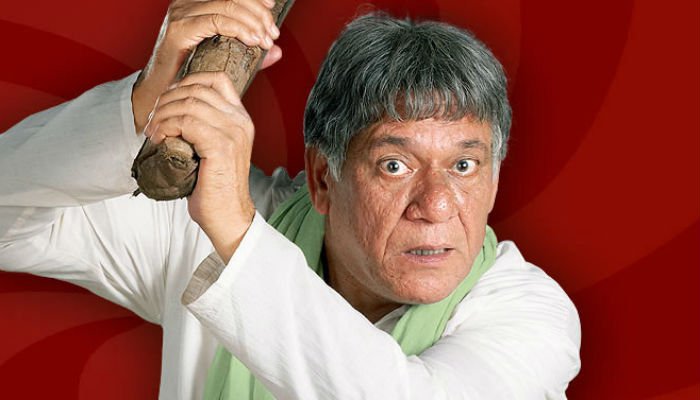 This Hindi film had an ensemble cast of some very talented actors like Om Puri, Asrani and Om Puri as Ballu, local dairy-farmer. Although the critics did not give a favourable response but this movie turned out a surprise hit as it went to earn goods collections at box-office. 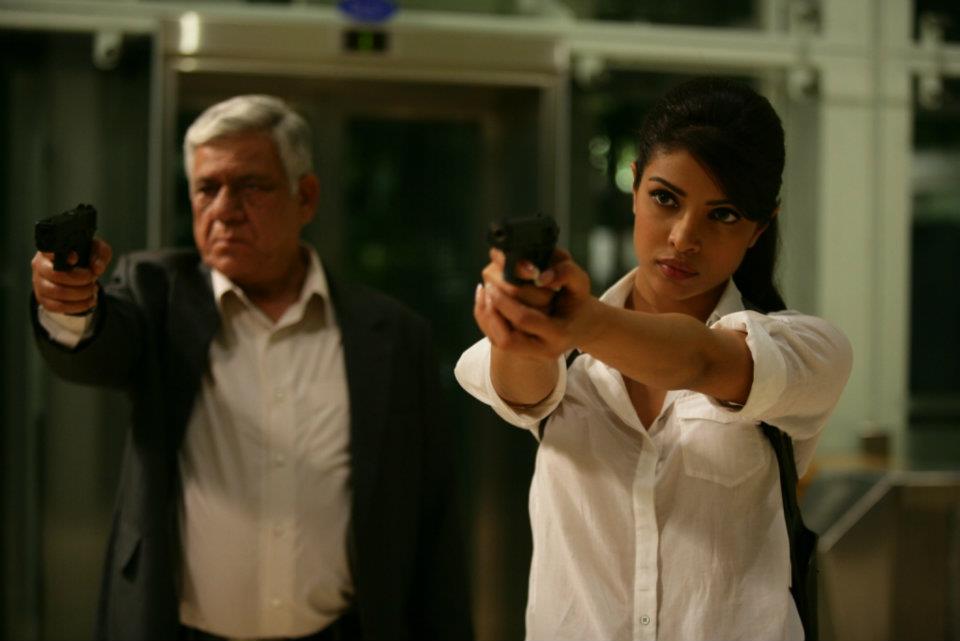 Don: The Chase Begins is an action drama and was released in year 2006. It had Priyanka Chopra and Shahrukh Khan as main lead actors and Om Puri appeared in supporting role as inspector Malik of DCP Unit. 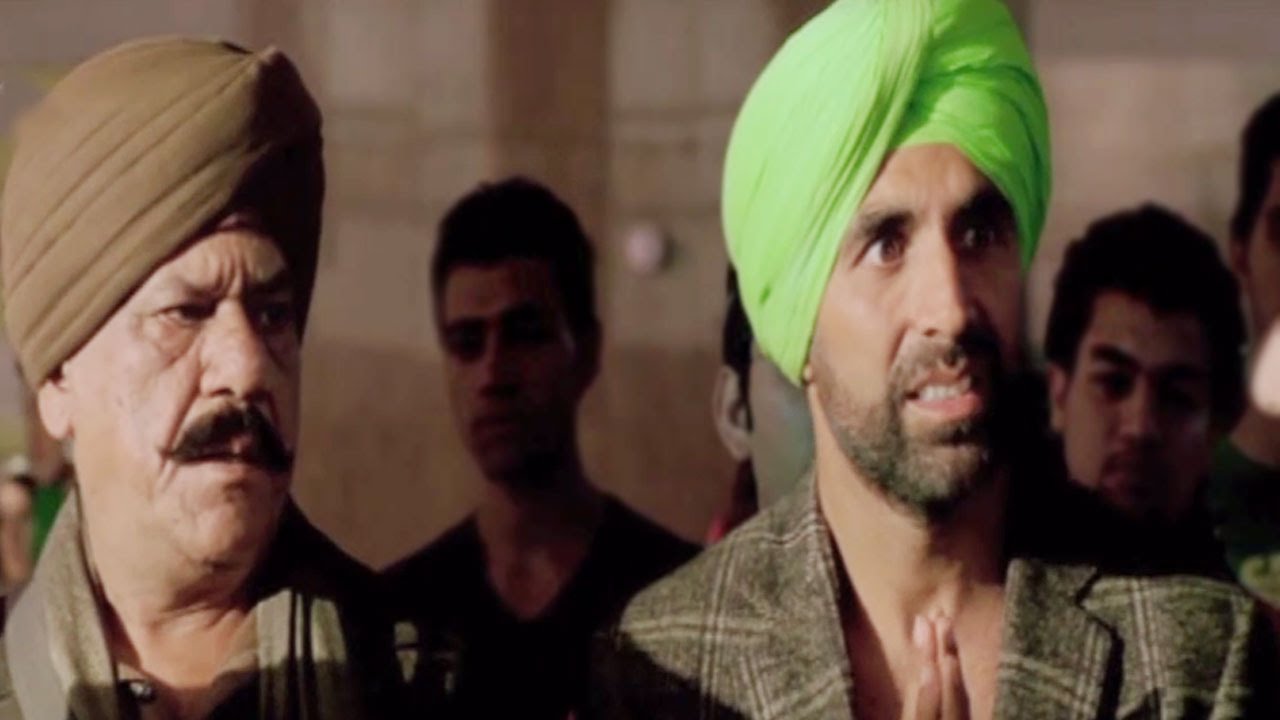 It had an ensemble cast of actors like Katrina Kaif, Akshay Kumar and Om Puri as Rangeela, supposedly most intelligent and educated person of village. 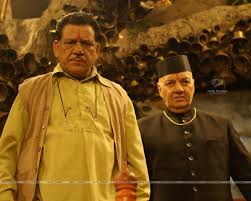 It was a multi star film with actors like Sonam Kapoor, Waheeda Rehman, Abhishek Bachchan and Om Puri as Madan Gopal who is always fighting with his brother. This movie earned positive reviews and high praise. 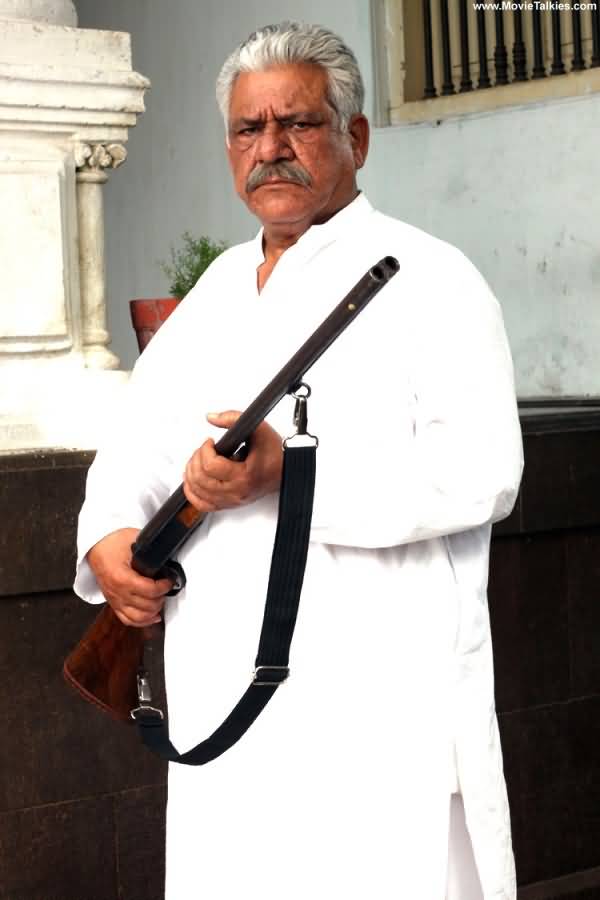 Khap was a social drama with political backdrop and was released in year 2011. Movie highlighted a very important social issue of honour killing to prevent same-gotras marriages from taking place. Om Puri as Omkar Singh was applauded for his portrayal and movie earned critical approval. 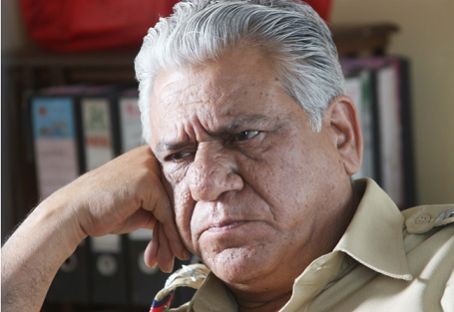 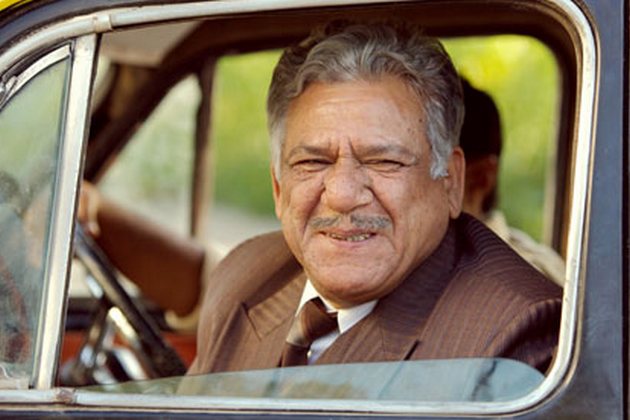 This Hindi movie was a remake of its original Hindi version starring Amitabh Bachchan. Basic plot of this movie was same as earlier one but certain characters and incidents were changed or rearranged to give it a distinctive look of its own. 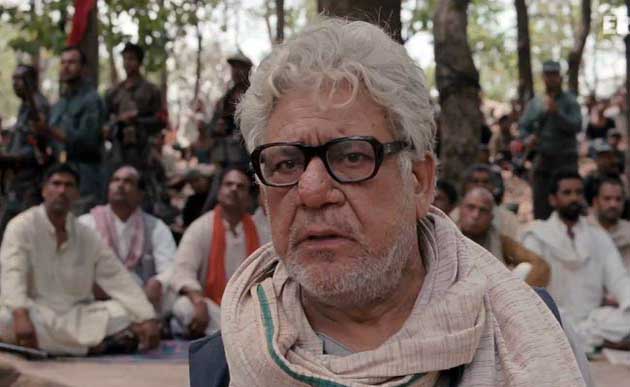 Arjun Rampal and Om Puri as Govind, adheres to Marxist ideology. This movie was declared as hit as it was able to earn good reviews and business. 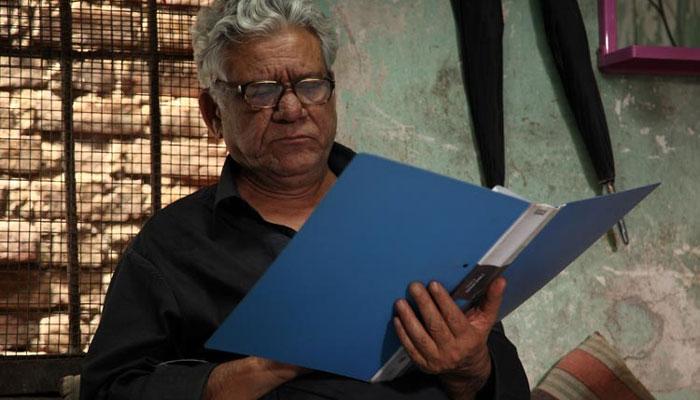 This Hindi movie was released in year 2012 and had Ahshay Kumar, Mithun Chakravorty, Paresh Rawal in pivotal roles and Om Puri played role of Advocate Hanif who offers advice to main protagonist. 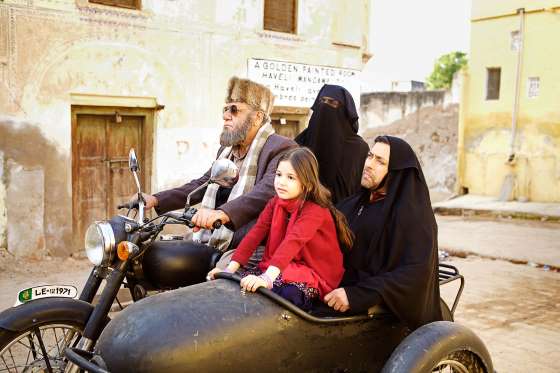 It had Salman Khan, Nawazuddin Siddiqui, and Harshali Malhotra as key players and Om Puri played character of Maulvi Saab in Pakistan. Movie was commercially a top earner breaking numerous records on its way.