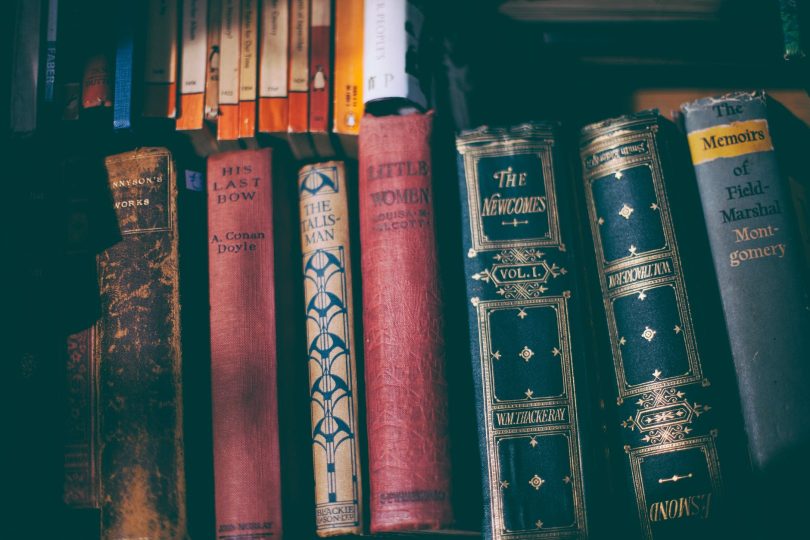 One Flew Over the Cuckoo’s Nest, The Old Man And The Sea, To Kill a Mockingbird, the list includes 20 best American Novels of the 20th century all book lovers must read in their lifetime.

Discover Joseph Heller’s hilarious and tragic satire on military madness, and the tale of one man’s efforts to survive it.

It’s the closing months of World War II and Yossarian has never been closer to death. Stationed in an American bomber squadron off the coast of Italy, each flight mission introduces him to thousands of people determined to kill him.

But the enemy above is not Yossarian’s problem – it is his own army intent on keeping him airborne, and the maddening ‘Catch-22’ that allows for no possibility of escape.

2. One Flew Over the Cuckoo’s Nest

Pitching an extraordinary battle between cruel authority and a rebellious free spirit, Ken Kesey’s One Flew Over the Cuckoo’s Nest is a novel that epitomizes the spirit of the sixties. This Penguin Classics edition includes a preface, never-before published illustrations by the author, and an introduction by Robert Fagan. Ken Kesey (1935-2001) was raised in Oregon, graduated from the University of Oregon, and later studied at Stanford University. He was the author of four novels, two children’s books, and several works of nonfiction.

3. The Grapes of Wrath

Shocking and controversial when it was first published in 1939, Steinbeck’s Pulitzer Prize-winning epic remains his undisputed masterpiece. The Grapes of Wrath was published in 1939, America, still recovering from the Great Depression, came face to face with itself in a startling, lyrical way. John Steinbeck gathered the country’s recent shames and devastations–the Hooverville’s, the desperate, dirty children, the dissolution of kin, the oppressive labor conditions–in the Joad family.

For old man Santiago, catching the biggest marlin in the deep sea has become an obsession. But even after 84 days at sea, the deprived old man is unable to break the bad luck that seems to be following him around. While the whole village of fishermen has given up on him, it’s only his young apprentice, Mandolin, who supports his passion, but he too is forbidden by his parents to accompany the old man into the sea. ‘The best story Hemingway has written.

The Great Gatsby is a 1925 novel by American writer F. Scott Fitzgerald. Set in the Jazz Age on Long Island, the novel depicts narrator Nick Caraway’s interactions with mysterious millionaire Jay Gatsby, and Gatsby’s obsession to reunite with his former lover, Daisy Buchanan. The novel was inspired by a youthful romance Fitzgerald had with a socialite, and by parties he attended on Long Island’s North Shore in 1922. Following a move to the French Riviera, he completed a rough draft in 1924.

Of Mice and Men is a novella written by John Steinbeck and first published in 1937. It chronicles the experiences of George Milton and Lennie Small, two displaced migrant ranch workers, who move from place to place in California in search of new job opportunities during the Great Depression in the United States. Steinbeck based the novella on his own experiences working alongside migrant farm workers as a teenager in the 1910s . The title is taken from Robert Burns’ poem “To a Mouse”, which reads: “The best laid schemes o’ mice an’ men / Gang aft agley”.

7. To Kill a Mockingbird

The unforgettable novel of a childhood in a sleepy Southern town and the crisis of conscience that rocked it, To Kill A Mockingbird became both an instant bestseller and a critical success when it was first published in 1960. It went on to win the Pulitzer Prize in 1961 and was later made into an Academy Award-winning film, also a classic. Compassionate, dramatic, and deeply moving, To Kill A Mockingbird takes readers to the roots of human behavior – to innocence and experience, kindness and cruelty, love and hatred, humor and pathos.

8. The Catcher in the Rye

Anyone who has read J.D. Salinger’s New Yorker stories–particularly A Perfect Day for Bannerfish, Uncle Wiggly in Connecticut, The Laughing Man, and For Esme With Love and Squalor–will not be surprised by the fact that his first novel is full of children. The hero-narrator of The Catcher in the Rye is an ancient child of sixteen, a native New Yorker named Holden Caulfield. Through circumstances that tend to preclude adult, secondhand description, he leaves his prep school in Pennsylvania and goes underground in New York City for three days.

Three stories are told: a young Southerner wants to become a writer; a turbulent love-hate affair between a brilliant Jew and a beautiful Polish woman; and of an awful wound in that woman’s past–one that impels both Sophie and Nathan toward destruction. William Styron (1925-2006), a native of the Virginia Tidewater, was a graduate of Duke University and a veteran of the U.S. Marine Corps. His books include Lie Down in Darkness, The Long March, Set This House on Fire.

Ralph Elllison’s Invisible Man is a monumental novel, one that can well be called an epic of modern American Negro life. It is a strange story, in which many extraordinary things happen, some of them shocking and brutal, some of them pitiful and touching–yet always with elements of comedy and irony and burlesque that appear in unexpected places. It is a book that has a great deal to say and which is destined to have a great deal said about it.

11. Something Wicked This Way Comes

Few American novels written this century have endured in th heart and mind as has this one-Ray Bradbury’s incomparable masterwork of the dark fantastic. A carnival rolls in sometime after the midnight hour on a chill Midwestern October eve, ushering in Halloween a week before its time. A calliope’s shrill siren song beckons to all with a seductive promise of dreams and youth regained. In this season of dying, Cooger & Dark’s Pandemonium Shadow Show has come to Green Town, Illinois, to destroy every life touched by its strange and sinister mystery.

From Hermione Lee, the internationally acclaimed, award-winning biographer of Virginia Woolf and Willa Cather, comes a superb reexamination of one of the most famous American women of letters. Delving into heretofore untapped sources, Lee does away with the image of the snobbish bluestocking and gives us a new Edith Wharton-tough, startlingly modern, as brilliant and complex as her fiction.

Kurt Vonnegut was a writer, lecturer and painter. He was born in Indianapolis in 1922 and studied biochemistry at Cornell University. During WWII, as a prisoner of war in Germany, he witnessed the destruction of Dresden by Allied bombers, an experience which inspired Slaughterhouse Five. First published in 1950, he went on to write fourteen novels, four plays, and three short story collections, in addition to countless works of short fiction and nonfiction. He died in 2007.

The Sound and the Fury is the tragedy of the Copson family, featuring some of the most memorable characters in literature: beautiful, rebellious Caddy; the man-child Benjy; haunted, neurotic Quentin; Jason, the brutal cynic; and Dilley, their black servant. Their lives fragmented and harrowed by history and legacy, the character’s voices and actions mesh to create what is arguably Faulkner’s masterpiece and one of the greatest novels of the twentieth century.

Awe and exhilaration–along with heartbreak and mordant wit–abound in Lolita, Nabokov’s most famous and controversial novel, which tells the story of the aging Humbert Humbert’s obsessive, devouring, and doomed passion for the nymphet Dolores Haze. Lolita is also the story of a hypercivilized European colliding with the cheerful barbarism of postwar America. Most of all, it is a meditation on love–love as outrage and hallucination, madness and transformation.

Winner of the Pulitzer Prize and the National Book Award. Alice Walker’s iconic modern classic is now a Penguin Book. A powerful cultural touchstone of modern American literature, The Color Purple depicts the lives of African American women in early twentieth-century rural Georgia. Separated as girls, sisters Celie and Nettie sustain their loyalty to and hope in each other across time, distance and silence.

In his journal, Nobel Prize winner John Steinbeck called East of Eden “the first book,” and indeed it has the primordial power and simplicity of myth. Set in the rich farmland of California’s Salinas Valley, this sprawling and often brutal novel follows the intertwined destinies of two families—the Trasks and the Hamilton’s—whose generations helplessly reenact the fall of Adam and Eve and the poisonous rivalry of Cain and Abel.

The forty-seven black-and-white drawings by Garth Williams have all the wonderful detail and warmhearted appeal that children love in his work. Incomparably matched to E.B. White’s marvelous story, they speak to each new generation, softly and irresistibly. Sixty years ago, on October 15, 1952, E.B. White’s Charlotte’s Web was published. It’s gone on to become one of the most beloved children’s books of all time.

This landmark 1925 novel–the basis for the acclaimed 1951 film A Place in the Sun–is both a riveting crime story and a devastating commentary on the American dream. Theodore Dreiser was inspired by a true story to write this novel about an ambitious, socially insecure young man who finds himself caught between two very different women–and two very different visions of what his life could be. Clyde Griffiths was born poor and is poorly educated, but his prospects begin to improve when he is offered a job by a wealthy uncle who owns a shirt factory.

20. The Heart Is a Lonely Hunter

A new trade paperback edition of McCullers’s classic, on the 60th anniversary of its first publication. With the publication of her first novel, THE HEART IS A LONELY HUNTER, Carson McCullers, all of twenty-three, became a literary sensation. With its profound sense of moral isolation and its compassionate glimpses into its characters’ inner lives, the novel is considered McCullers’ finest work, an enduring masterpiece first published by Houghton Mifflin in 1940.