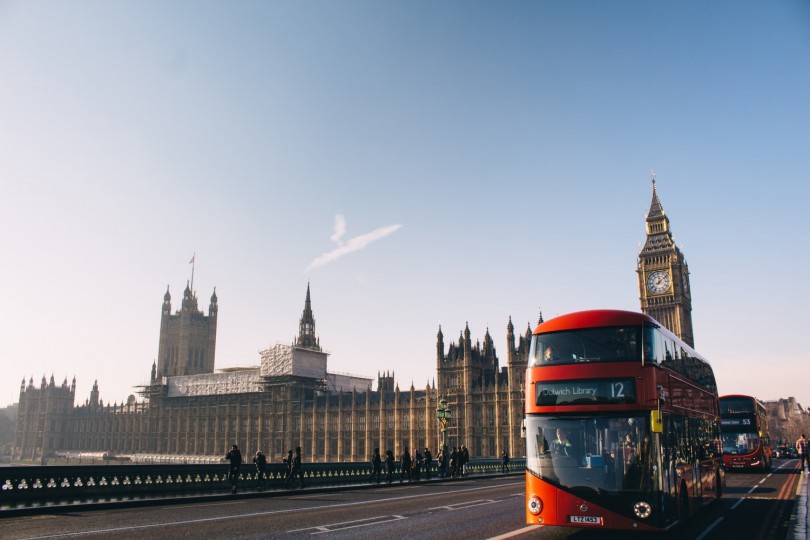 In the past two decades, the internet has made a very convincing statement for being the best place to visit during our free time. And it’s not difficult to see why.

From visiting France, Macau, Australia, or Las Vegas from the comfort of your own home, there’s no denying the fact that it has introduced the convenience factor that the 19th and 20th centuries didn’t have.

However, if you are still old school, or would rather take some time and travel the country in favour of taking the virtual tours, where would you rather visit or do? Let us take a quick look at some of the most popular places to visit in England!

How about you start off by having some good old-fashioned fun by visiting the pier? Yes, the shiny-shiny one and not the burnt-out one to the west!

For decades now, Brighton Pier has been the place to visit if you are looking for shoot-in-the-arm seaside entertainment. The place has some of the best penny slots of the ’80s and ’90s as well as some of the newer versions of the games. And if you’ve had enough of the penny slots, then you can try out some other exciting activities within the area.

From scoff the candy floss to riding the dodgems, Brighton Pier is usually abuzz with fun activities. Also, ensure that you haven’t missed the retro-tacky ghost train as well as vertigo – which includes the Air Racer. Sure you are going to regret the candy floss and doughnuts once you are up in the air, but it is all part of the experience!

2. Watch A Play With A Breathtaking View At The Minack Theatre

If you are deep into the theater, it’s probably best that you don’t visit the Minack Theatre located in Cornwall. The quality of performance that you’ll get there is undeniably first-class, BUT the setting is what sets the place apart.

It is so stunning that you will miss out on the first act as you watch the sails on the horizons, birds playing in the waves, or marveling as the sun sets down and the stars come out.

Best open-air theatre ever! I came here back in the 1970’s and was fascinated. I came again now and nothing has changed. Where can you say that? Unique place, great artists (we enjoyed Shakespeare), incredible atmosphere. Out of this world! But take warm clothes, it can be cold later!

So as the reviewer has stated, ensure that you’ve carried your warm blankets as the seating arrangement is Coliseum-style – stone terraces towering over the stage!

3. Watch One Of Shakespeare’s Plays In His Hometown

Speaking of Shakespeare, what would a theatre experience be like without watching one of his plays? It would be a dull one! And the best place to watch some of his plays would be in his hometown – Stratford-upon Avon. Stratford-upon Avon is a super cute city that has been a hotbed for tourists for centuries now and it’s mostly because it’s the birthplace of Shakespeare.

In fact, even if you aren’t aware of this renowned poet, you’ll soon figure out because every corner you turn and place you visit, regardless if it’s a hotel, shop, pub or anything else, seems to have a connection to Shakespeare. This is because he either slept there, ate there, drunk there, or he was simply there at one point.

And while there are several theaters in the city, we recommend that you first visit the Stratford-upon Avon theatre before winding with the Royal Shakespeare Theatre.

One of the UK’s greatest inventions is the pub. And while the Brits are not the founders of slot machines, they’ve definitely helped these fun spinners attain their popularity throughout the globe. So this list wouldn’t be complete if you haven’t mentioned or recommended that you visit one of those old school pubs and tried your hands on the pub slots.

From the Aspers Casinos to The Barracuda and Palm Beach Casinos, these are places where you can drink beer as you play pub slots. These games range from the classics to the more modern slot machines with 3D graphics and exciting in-game features.

5. Hunt For Antiques In Stow-On-The-Wold

If there is one thing that you will love about Cotswolds would be striking views. Picture yourself walking in the lush green landscape, with nothing but the sounds of animals in the farms and breathing fresh air.

And with the photogenic villages and never-ending nature trails to explore, you can say that there is always something to look forward to while stayiong in Cotswolds.

But Is This All That’s Cotswolds Is Known For?

Not quite. Prepare yourself to be mind-boggled with the many market towns that feature vintage and antique shops. My favorite place would be Cirencester, where you’ll occasionally find regular events taking place at the Corn Hall. Here, antiques and collectibles are usually up for sale each and every Friday.

However, if you’d like to shop every other day, there are several other permanent shops that include Hares Antiques, Cirencester Antiques Centre, Stokes William H Antiques among others.

If you are a big fan of the Beatles, you can visit in the footsteps of John Lennon at some of the areas which inspired their albums are open to the general public. One such area is their famed Abbey Road Studios. Abbey Road Studios has over the years grown to become a place of yatra for the Beatle’s fans. This is evident from the first time you set eyes on the studio, which has a fence with graffiti that pays tribute to the Beatles.

It’s usually painted over every month to create more room for new signatures. There’s also the famous zebra crossing, not far from the studio – which was featured on the album cover – that you also have to visit and pose for a few photographs.

On your way out, make sure that you’ve also visited the ‘Beatles Coffee Shop’ where you can purchase souvenirs to remind you of the historic trip to the Abbey Road Studios.

UK’s New Forest is the perfect getaway for a car-free break, with trains going to Brockenhurst from London, Birmingham, and more. Once you arrive there, there’s a new open-top New Forest Tour bus (which charges £13 per adult), which ensures that you enjoy grandstand views of the countryside, the coats and pretty villages such as Burley, renowned for its long history of witchcraft.

While you are still in town, make sure that you don’t miss out on the New Forest ponies; don’t touch or feed them, but they are a marvel to watch – more so the foals. The best place to view them would be at Beachern Wood near Brockenhurst. You can hire bikes at one of the shops and find route maps at the New Forest Ponies.

8. Go On Vintage Rides At The Oldest-surviving Amusement Park In Great Britain

The Flying Machines, Dodgems, Wild Mouse, ghost trains, traditional wooden roller coasters and more – these are all classic fairground rides that most of us grew up with. And while they’ve been missing in action for a long time, they are slowly but surely making a great comeback in the United Kingdom.

If you’ve had the craving to hunt for vintage scenes and sights in the UK, then the theme parks, piers and British seaside are where to visit!

The English Premier League is the one that most people have heard of; this is where you’ll find Arsenal, Liverpool, Chelsea, Manchester City, etc. But beneath this level, there are three (3) more professional leagues, which are collectively referred to as the English Football League (EFL).

These are the League Two, League One and the Championship (listed in ascending order). There are plenty more levels below these three but the action is usually centered in these.

UK residents probably know all about these leagues and there’s a high chance that you’ve visited or support one of the teams in your hometown.

If you are a tourist or visitor in the UK, you may want to visit a football game of the lower English division on a Saturday afternoon before heading out for a drink at the pubs.

It’s usually recommended that you purchase a ticket a week or two in advance from the official football websites of the clubs.

The Cross Bone Graveyard, located at the heart of London, is the perfect setting for a very uncanny Halloween carnival. For centuries, it was used as a cemetery of London’s outcast dead and prostitutes. But today, it is a place of yatra and home to eerie Halloween celebrations.

Thanks to its modern status and transformation, it has become one of London’s most unique burial sites. Its colorful ribbons and commitment to honoring the outcasts and the poor has seen it draw millions of visitors from all over the world.

The legends and myths that have survived through centuries about the Cross Bones graveyard bestowed it a rare aura that continues to peak interest. Make sure that you’ve visited the site and see how the vast proportions of Londoners were buried – no fancy headstones or any mark.