Home » 5 Annual Sports Events In The UK You Should Visit 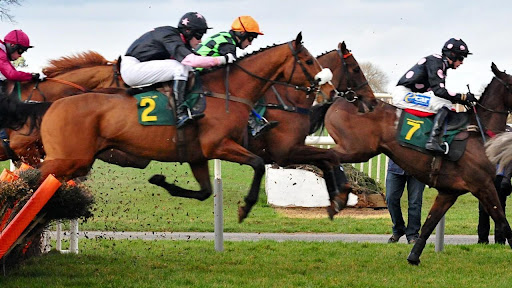 Sport is huge in the United Kingdom, with the British Isles hosting some of the most famous and best-loved fixtures on the professional sports calendar.

Soccer is, by far, the most popular sport with attendance numbers in the hundreds of thousands every week in the English Premier League, Championship, Scottish Premiership, and other major competitions.

The Brits are known worldwide for their love of soccer, and England has been credited as the birthplace of association football. But there’s more going on than the beautiful game.

Visit the UK, and you’ll quickly learn just how big a part sport plays in the British culture. From horse racing to tennis, golf to boxing, greyhound racing to athletics, there is something for everyone.

Visitors come from far and wide to watch an event in person, soaking up the unique atmosphere, rubbing shoulders with like-minded people and seeing the top players perform.

Visit the FA Cup at Wembley, and there’s a chance you’ll see Raheem Sterling score goals for Manchester City. Take a trip to Wimbledon and catch a glimpse of former world number one Andy Murray on centre court.

As betting is legal in the UK, you can freely gamble on the outcome of your favourite teams and players. Bets can be made at high-street betting offices and casinos or via online sports betting apps using your Android or iOS smartphone device.

This gives you an opportunity to not only watch the action live but get involved in the play. Bet smart, and you could boost your balance while cheering on the stars of your favourite sports.

In this article, we detail five major sporting events that take place every year in the United Kingdom. You can purchase tickets for these events, but it is advised you do so well in advance and only through official lines.

The FA Cup is played every year in spring at Wembley Stadium, the home of English football. It involves the last two teams left in the competition following several elimination rounds, and the final is played to a finish.

If the scores are level after 90 minutes, extra time and penalties will be used to determine a champion. Wembley is huge, and you’ll often bag a ticket if you plan ahead.

The most famous of the tennis Grand Slams takes place on the lawns of Wimbledon every year. The top names of the sport have performed at this tournament over the years, with thousands in attendance and millions watching live on television.

Getting a ticket to centre court for the final isn’t easy, but it’s not impossible either. You’ll also see some entertaining matches on the lesser courts during the early rounds.

The biggest event on the British horse racing calendar, the Grand National, is run at Aintree racetrack near Liverpool annually.

It’s a race that stops a nation with full time and professional bettors rubbing shoulders with the once a year bettors who go each way on a big price. It’s a marathon of a steeplechase with multiple fences and a large field.

The Open moves around the United Kingdom each year, but it’s worth trying to catch it on a year when the competition is played in Scotland, universally recognised as the home of golf.

It’s an international event and of the sport’s Majors. The winner’s roll reads like a who’s who of golf with the leading names in attendance each summer.

Every player and hole is shown live on television, but nothing beats being in attendance at the course. You can watch live on television or take up your position in the stands. Viewers are also permitted to line the course and watch the players go by or follow their favourites around.

The UK is the spiritual home of professional darts, and it doesn’t get any bigger than the PDC World Championships.

The best players from the UK, Europe, the US and beyond come through many rounds of qualifiers just to play darts in the best atmosphere you’ll see. It’s a real party in the crowd with fans loyal to the British players and then, in the later rounds, to the English players.