Home » 5 Of The Most Commonly Poached Animals 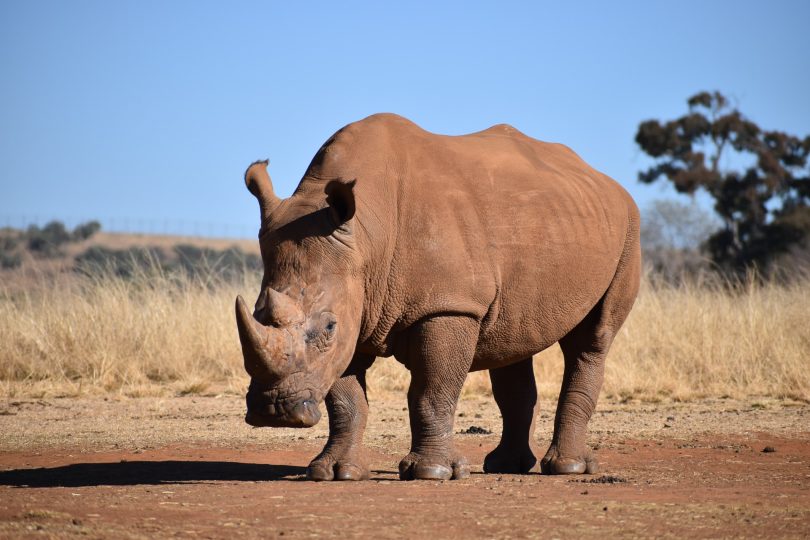 Poaching in modern times is now, more often than not, a clandestine business arrangement that is organized at a desk and carried out manually by those that may be characterized as criminal bandits.

Illegal wildlife trading has become the fourth most money-making criminal enterprise, raking in an astonishing sum of over $70 billion a year.

But what are the most sought-after species that have been falling victim to this global activity and have been in need of protection from conservation efforts?

Let’s shed some light on five of the most common animals that meet their demise at the hands of poaching.

The most coveted animal in the underground marketplace is, unfortunately, the white rhinoceros, a species whose traded parts have been ranked high with a value that exceeds that of gold.

The horn of a white rhinoceros could be sold for around $100,000; clearly, a prized possession that has gotten out of control in its extreme demand and the huge price people are willing to pay for getting their hands on one.

The biggest threat that the white rhinoceros faces for its survival as a species on planet Earth is poaching.

There have been successful conservation efforts if you take into consideration that there were only about 50-100 individual white rhinos in the early 1900s, and that number has since jumped up to approximately
18,000 individuals, making it the most abundant type of rhinoceros out there in the wild.

But before we celebrate its survival too soon, remember that one of its two subspecies is practically extinct, which is the northern white rhino.

The second animal on the list of most commonly poached is the regal, orange, black, and white cat that we all know as the tiger from our trips to the zoo.

Financially, tigers rank slightly below white rhinos in the illegal trade of poaching. But you may be completely surprised by the prime product that has led to so many of these animals being slaughtered and dismembered for profit. The penis of a tiger can literally get transacted for over $473,000 per kilo, which makes it about 12 times more pricey than gold.

Tiger penises, similar to the case with rhino horns, are often used for traditional Asian medicine, but they are also associated with their fictitious ability to increase sexual potency. If that wasn’t enough, there are people willing to pay $400 a bowl for soup delicacy created from the tiger penis.

But the buck doesn’t stop between the tiger’s legs when it comes to its repurposed body parts. Tiger bones have been treated like quite the prize, at the cost of over $27,000 per kilo, with only about 3,900 of these gorgeous creatures still surviving at the moment.

Black rhinoceroses have been known to be more aggressive than white rhinoceroses in comparison. But the survival rate is pretty bad when you realize that there are only around 5,000 estimated black rhinoceroses that are believed to be alive in the wild, and there were around 70,000 of them back in 1970.

Animal conservation strategies have more than doubled the living black rhinos from the mere 2,410 of them in existence in 1995. Black rhinos pull in a lower price in the black market due to them having smaller horns and being smaller in size than white ones.

But these sharks are still easy victims for poachers because of their mild behavior and their frequent appearances in shallow waters. Both basking sharks and whale sharks are fairly rare in the trade for their fins and their meat, maybe thanks to advanced DNA techniques that have made it possible for authorities and researchers to identify their presence in food products sold to the public through legal channels in Asia.

Finally, we have all seen the sheer power of the great white shark, whether it is in textbooks, documentary movies, or in the classic thriller movie Jaws. Fatal attacks by great white sharks on human beings have surely taken place; make no mistake about that.

But unfortunately, when you compare the amount of great white sharks that have killed people and the number of poachers that have been a murderous threat to the sharks, humans have been a far worse threat.

It has been detected that the decline in white shark numbers below the limit of a genetically viable population in waters such as those in South Africa is at a dangerous level.