Home » Fintech » How US Politicians Are Embracing Bitcoin: Plans And Expectations As More Politicians Buy Bitcoin 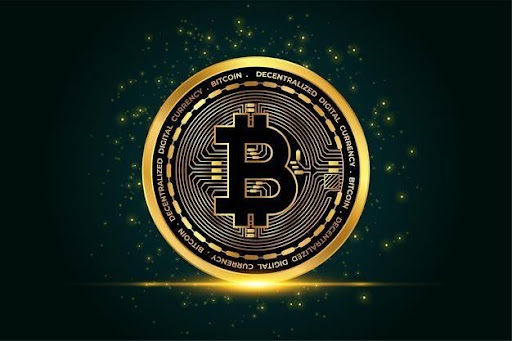 As blockchain technology continues to witness widespread acceptance, Bitcoin has been widely heralded as a digital currency that will transform everything from internet commerce to nation-states since its inception in 2009.

Bitcoin enthusiasts and investors are optimistic about the future of blockchain technology, on the other hand, there is a surprising class of people who are embracing cryptocurrencies and encouraging people to buy Bitcoin.

In 2014, the United States Federal Election Commission (FEC) finally approved bitcoin donations, saying that they should be classified as “in-kind donations.”

As a result of this approval, a number of federal candidates have hurriedly begun to accept bitcoin, joining a growing number of municipal and state politicians.

Andrew Hemingway, a Republican, started the trend in 2014. As a tech entrepreneur, Hemingway decided to buy Bitcoin the first time he was introduced to it.

He became the youngest gubernatorial candidate in the history of New Hampshire at the age of 32, as well as the first to accept bitcoin donations.

Hemingway, who ran Newt Gingrich’s presidential campaign in New Hampshire in 2012, claimed he began to accept and buy Bitcoin because there was a demand.

Many of his own supporters requested that donations be made in bitcoin. Bitcoins accounted for almost 20% of Hemingway’s total political donation as more of his supporters decided to buy Bitcoin, which enabled them to donate and join the trend.

As at the time he ran for office, New Hampshire had more of what they call ‘bitcoin billionaires’ than any other state in the country.

New Hampshire has long been a supporter of bitcoin, even before it became popular. The earliest bitcoin meeting and a lot of crypto-friendly businesses can be found in the state. This is partly due to New Hampshire’s active and expanding libertarian migration.

Founded in 2001, the “Free State Project” aims to attract 20,000 libertarians to the state. Many of these members prefer non-government forms of currency, such as digital currencies, and were early users of bitcoin.

Despite the fact that Hemingway lost his governorship race, a long line of politicians has followed in his footsteps. Take, for example, Missouri’s Austin Petersen.

Leading to the elections, his Senate campaign collected several bitcoin donations. This includes a $4,500 bitcoin contribution. This is the largest crypto contribution in federal election history, according to the Federal Election Commission’s data.

Sen. Rand Paul of Kentucky was the first presidential candidate to accept bitcoin donations. The libertarian had previously expressed enthusiasm for the future of digital currency as a potential credit card replacement.

However, Paul has expressed some scepticism, claiming that bitcoin must have real worth, which is impossible to calculate because cryptocurrencies are in an “exponential bubble.”

Without any doubt, the future of Bitcoin is bright and as more politicians embrace and buy Bitcoin, there are plans and expectations for the implementation of Bitcoin in the future. Among them are:

There are high expectations about Bitcoin legislation in the future. Lawmakers in Washington, D.C., and around the world are trying to find out how to make cryptocurrency safer for investors who choose to buy Bitcoin and less appealing to hackers by enacting regulations and guidelines.

Approval Of A Crypto ETF

On this front, there has already been a huge breakthrough, with the first Bitcoin ETF just debuting on the New York Stock Exchange. The development represents a new, more traditional approach to investing in cryptocurrency for investors planning to buy Bitcoin.

The BITO Bitcoin ETF allows investors to acquire cryptocurrency directly from traditional investing brokerages such as Fidelity or Vanguard, where they may already have accounts.

This year, mainstream companies from a variety of industries have expressed interest in cryptocurrency and blockchain, and have even invested in it. AMC, for example, just announced that before the end of the year, it will be able to take Bitcoin payments in all its theatres

As of today, there are laws in place to ensure that cryptocurrencies aren’t used for criminal activities as more and more people continue to buy Bitcoin. But even with these regulations in place, many people are sceptical of their transparency.

Legislators still believe that unregulated currencies like bitcoin are used for criminal activities, the most common of which is money laundering.

While there have been reports of this type of criminal conduct, just because bitcoin works outside the traditional banking system does not mean it isn’t a valid and secure method of online payment.