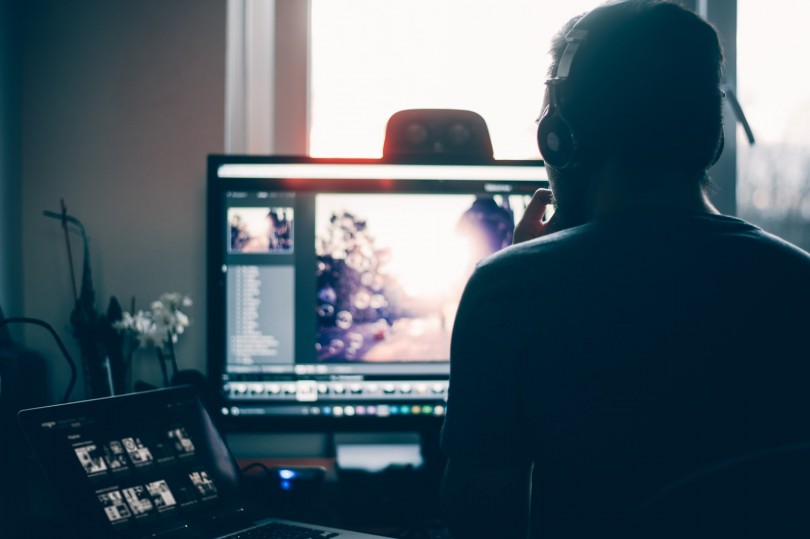 With so much risk involved in starting a company, it’s a wonder anyone does it – but millions of people do and many succeed in turning their dream into a reality.

Television has been the world’s “teacher, mother, secret lover” for decades and there’s plenty it can teach hopeful entrepreneurs.

From Print The Legend to Keeping Up With The Kardashians, these four TV shows all have valuable lessons that can help you achieve your business dream.

Recommended Reading: How To Have A Positive Disposition In Life

1. Print The Legend: Catch A Niche While it’s Bubbling

Released in 2014, Netflix drama Print The Legend looks at the development of the 3D printing industry.

It focuses on a selection of startups and established businesses, along with tackling some of the more troubling aspects of the industry – specifically, its ties to gun advocacy.

Print The Legend offers some powerful lessons for aspiring business leaders, but two stand out above all others.

Firstly, that you should pick a niche for your company that has real growth potential – the 3D printing industry has life-altering potential and, at the time of filming, was still in the early stages of its existence as a mainstream business idea.

Secondly, the most important part of the early stages of a business is to stay true to the principles you founded it on.

This means that as you battle through the stresses of fulfilling orders, making hires, etc… you must ensure that the company ethos and your management style remains the same.

2. Shark Tank: Pitching For Investment In Your Business

It’s been on screens since 2009 and turned many aspiring business leaders into the real deal – Shark Tank is essential viewing for anyone who wants to start a successful business.

While there are lots of lessons that can be taken from this TV show, much of it revolves around a central theme – how to pitch to investors.

Pitching is something that requires a number of different skills and necessities:

Perhaps the most important lesson Shark Tank teaches us about pitching is that you need to sell a vision.

One great example of this is Breathometer, which became the first company to secure investment from all of the sharks.

The Sharks were impressed by the pitch, however, what seduced them was the company’s vision – one of a world where people had fresher breath and felt more confident in themselves.

3. Chilling Adventures Of Sabrina: Have A Strong Support Network

The Chilling Adventures Of Sabrina was one of Netflix’s star shows in 2018.

Released just before Halloween, it’s a much darker take on the Archie comic book than its 90s predecessor, and could end up being the more popular of the two – though, Melissa Joan Hart might have a thing or two to say about this.

But Sabrina… isn’t just about the battle between dark arts and everyday life, it’s also about people supporting each other – and that’s a great lesson for any business leader.

Sabrina might be the boss of her friends (she’s the one with the direction and the magic) but she’ll do anything for them – even bring their loved ones back from the dead.

Because of Sabria’s commitment to do right by her friends, they return the favor and together they’re able to battle the forces of evil – no spoilers here about how they do it if you’re yet to watch the show!

By adopting this approach to your business, you’ll create a working culture that will drive your company through the tough times and celebrate the good moments.

4. Keeping Up With The Kardashians: Master Online Sales

On the face of it, the decade-old Keeping Up With The Kardashians offers little to aspiring business leaders – what can you learn if the lesson is to be born into money and then spend it? But peel back the layers of foundation and the show’s youngest star, Kylie Jenner, has a simple lesson that almost any hopeful entrepreneur can benefit from.

Kylie Jenner is the world’s youngest billionaire – taking Mark Zuckerberg’s record by achieving the status aged 21 years old – because of the success of her online-only cosmetics company, Kylie Cosmetics.

While much has been made of Jenner’s privileged background informing her success, the reality is rather different – she mastered the art of online sales.

Jenner began by selling 15,000 Kylie Lip Kits, products that were inspired by her childhood insecurity about her lip size. All 15,000 units sold within a minute. To cope with the sheer demand from customers Jenner took a couple of important steps.

Firstly, at the recommendation of her mother, Kris Jenner, she outsourced the sales of her products to allow her business to meet the intense demand for products.

Secondly, Jenner released limited numbers of her goods. This smart approach allowed her to cope with product popularity, but also added a lifespan to them.

This meant that she kept the frenetic pace of sales, as customers are encouraged to buy while they still have a chance to.

Starting a business is one of the most exciting and terrifying things you can do – it’s a step into the unknown, one that comes without a handbook for you to follow because no one has started your exact business before.

While these four TV shows offer great leadership tips, perhaps the key one is to always remain true to your principles – thanks, Print The Legend.