Home » How India Is Changing The Western Fashion Industry 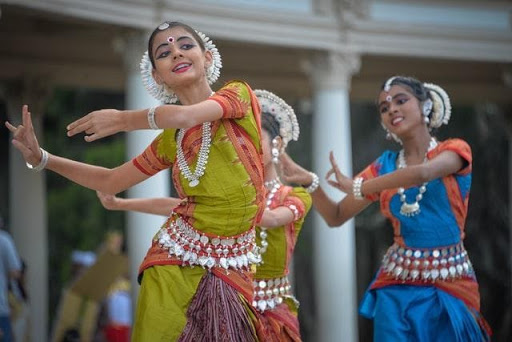 Indian fashion is a long-standing tradition filled with rich and beautiful clothing and traditions. With globalization and the melting of borders, Indian fashion is becoming more accessible to those in Western cultures, and the effect has been noticeable.

Over 900 Million Indians will be online by next year, making their opinions and fashion choices available to anyone all over the world.

In addition, more than 300 international brands are planning to open doors in India next year because their fashion growth is one of the fastest amongst developed countries.

There are currently around four and half million Indian-American living in the U.S., making them one of the larger portions of foreigners within the United States.

With such a broad representation, the traditional fashions of India are sure to make their way into the mainstream.

Westerners have more and more exposure to India’s rich and beautiful culture, and the fashion industry is no exception.

Fashion shows and designers often borrow ideas and styles from different cultures. The draped saree, breezy kurta, and cropped choli are all beautiful pieces to be incorporated into any outfit.

The blurring of cultural lines means a richer and more exciting fashion for Westerners and Indians alike. You can expect to see more adoption of Indian fashion in the near future.

A Mix Of Traditional And Nontraditional

Because India is one of the oldest societies on earth, they have plenty of traditions dating back thousands of years.

However, India is also a modern, developing country, and we’re seeing a mix of traditional garments and more modern pieces. Indo-Western clothing is a style of clothing describing the blend of Southeast Asian and Western styles.

Nihal Fashions, a fashion company and blogging site, explains that you might see a woman wearing a traditional kurta with jeans, a choli with leggings, or a dupatta (a type of shawl) paired with a modern outfit.

This blend has rapidly increased the sale and production of traditional to the younger Indian generation.

As such, you’ll see many younger southeast Asians and Americans incorporating elements of both Eastern and Western fashion into their everyday wear.

In addition to the growing demand for traditional Indian garments and a larger population of Indians, the Western world can also expect to see an increased presence from the Indian fashion industry due to their growth as a manufacturing and trading country, especially in the clothing sector.

In fact, the Indian textile and garment industry is expected to grow at a rate of 14.5% every year until 2024, reaching a total worth of 225 billion U.S. dollars.

With more industrial power comes more hold over the fashion industry as a whole. The U.S. market leads in sales of “fast fashion” while countries like Italy dominate as procurers of luxury items.

There is a niche availability for India to manufacture and distribute their goods to an ever-increasing demand in the U.S. and other Western countries.

Although India still has plenty of work to do on its infrastructure and manufacturing capabilities, the future is bright for its fashion industry.

In the future, you can expect to see a surge in the availability and popularity of Indian and Southeast Asian styles and traditional garb as the U.S.